by Will Betts
ROLI
#Controllers

Is LUMI Keys the perfect marriage of Seaboard-like expressivity and a traditional keyboard controller? Or is it something else entirely? 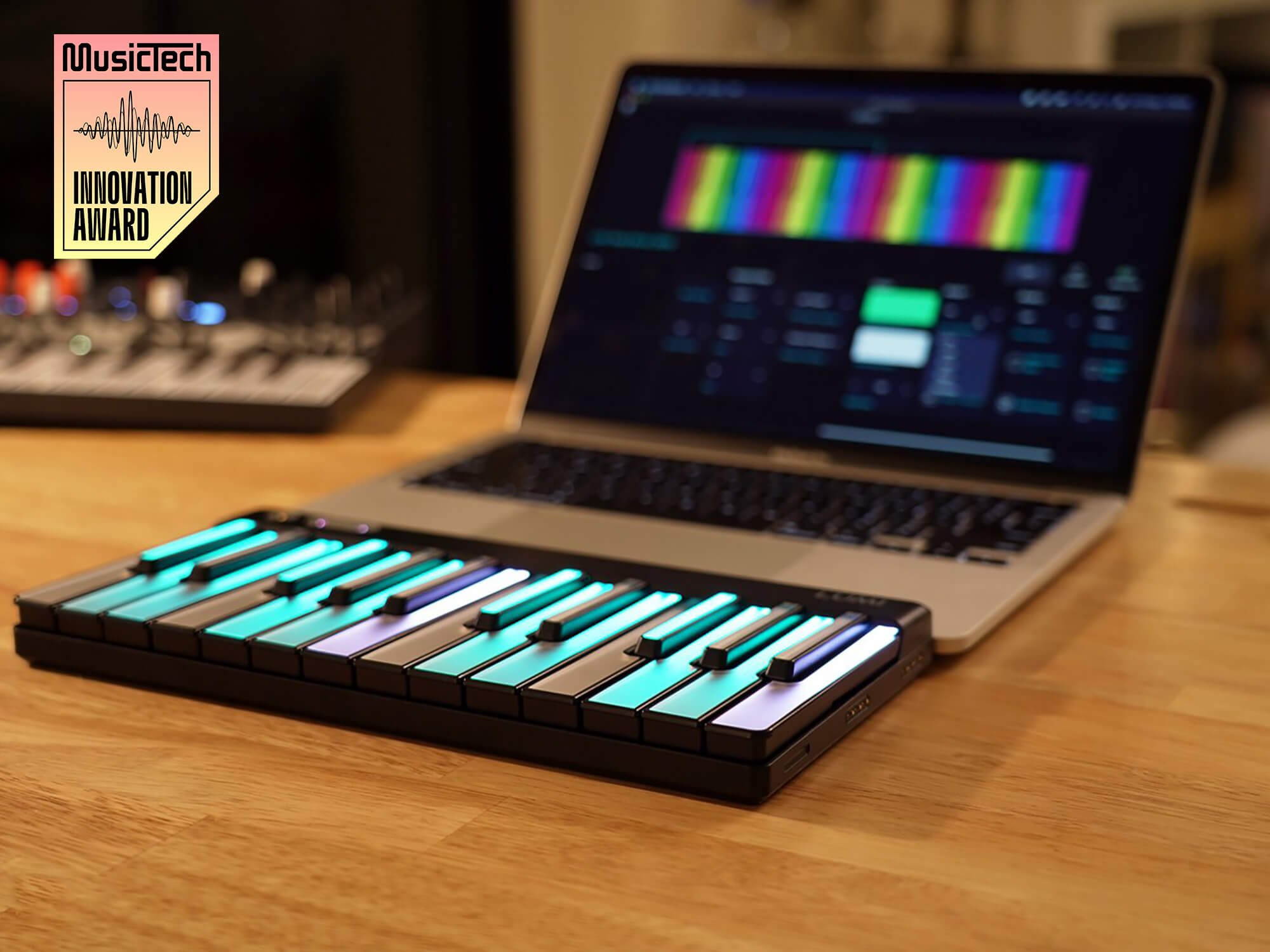 This ambitious controller is beautiful and tight integration with ROLI Studio Player software makes it easy for beginners to stay in key and quickly produce professional-sounding parts. Per-note pitch bend is also unique at this price, but aftertouch response inconsistencies can distract from playing.

The ROLI LUMI Keys Studio Edition is a cutting-edge controller that aims to put the expressivity of a Seaboard into a traditional keyboard. And it throws in some brilliantly colourful backlit keys to keep you on the musical straight-and-narrow. However, like many ambitious new technologies, it has some teething problems.

Off the bat, the LUMI Keys hardware is beautiful. It transmits MIDI MPE over Bluetooth for a cable-free aesthetic with no perceptible latency, though a USB-C is available for a wired connection and charging. The colourful glow of each key is phenomenal and extends the entire length of each key thanks to some clever internal refraction. The keys are bright, too – easily bright enough to work in sunlight.

The lights aren’t just for show, either. They are highly functional. The software gives you modes to light up only those keys in a specific key and scale, which makes playing bum notes by mistake virtually impossible. For playing accuracy, ROLI’s illuminated key system is even better than Native Instruments’ Komplete Kontrol S; if you’re hitting a lit-up key, you’re in the correct scale. 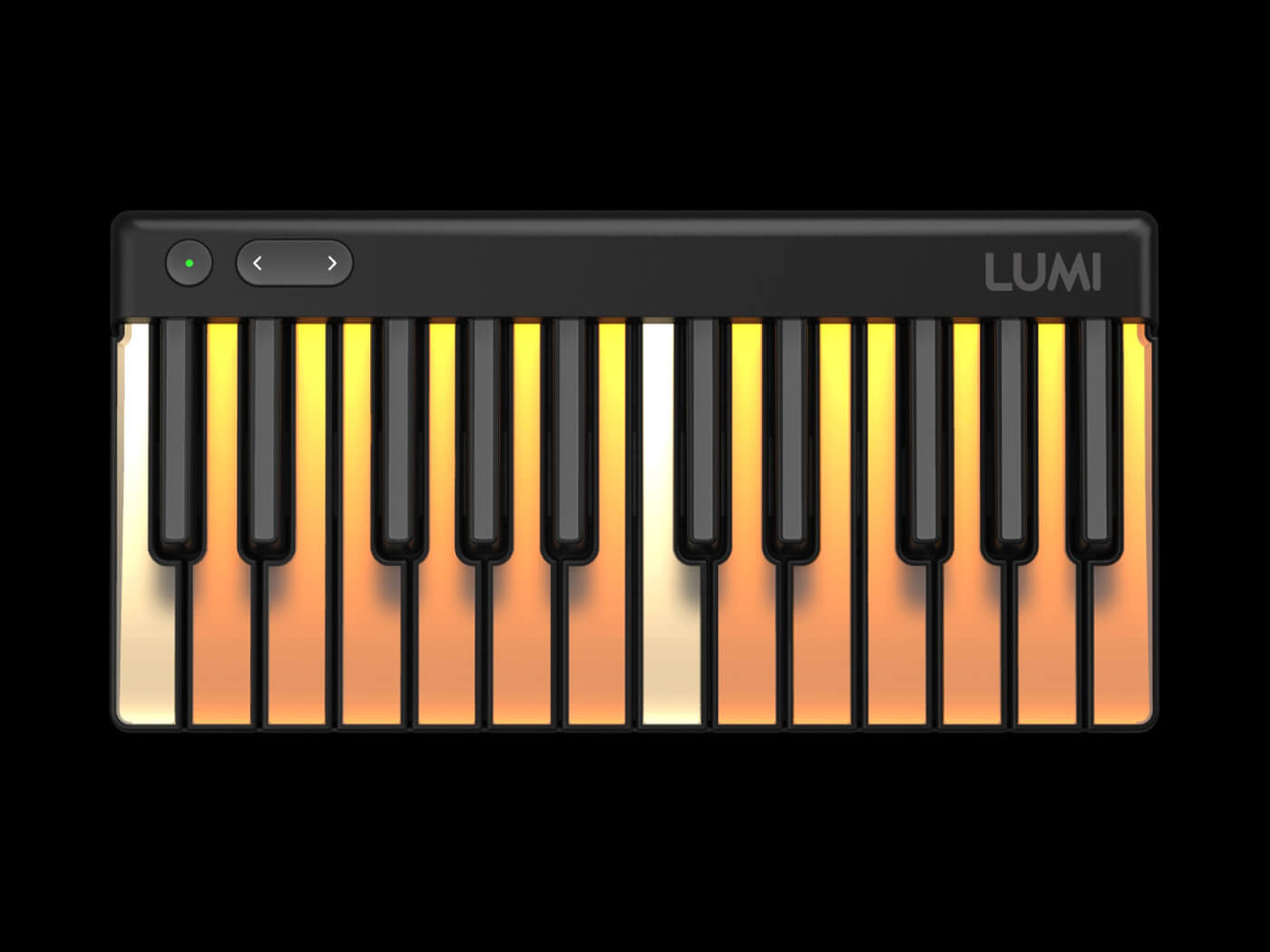 Musically, this gives less experienced players the chance to experiment with complex chords without having to think about ‘wrong’ notes. It also makes soloing in unfamiliar keys a breeze. Say you’ve had to transpose a track to fit a vocalist’s range and still want to play some countermelodies quickly. With LUMI Keys, that’s as simple as changing the scale and key in the Dashboard software and tinkling away.

The key illumination is particularly instructive with the ROLI Studio Player, the primary accompanying plug-in. ROLI Studio Player balloons LUMI Keys’ feature set, adding a multi-layer arpeggiator, smart chord trigger section and effects. The integration of the two instruments is fantastic. Notes generated by the arpeggiator dance up and down the LUMI Keys hardware in yellow, and smart chords spread out from a single keypress in vivid pink. They’re exceptionally musically effective, too. Smart chords’ ability to automatically invert chords, add bass notes, and even strum chords are ample compensation for the hardware’s slightly meagre 24 notes. However, combining two LUMI Keys is a beautifully simple process; they magnetically link together to share power and data.

ROLI Studio Player hits the sweet spot for musical inspiration. It’s never overwhelming and has enough performance and sound sculpting controls to make the patches your own. The other accompanying instrument, ROLI Studio Drums, doesn’t quite score a home run. While it has a decent range of sounds on offer, it doesn’t take advantage of the hardware beyond colour-coding hits, and even this can be somewhat hit and miss (ba-dum tsch).

The two most significant features for expressivity in LUMI Keys Studio Edition are per-note pitch bend and polyphonic aftertouch. These certainly allow extra playing nuance, but the trade-off is that successful playing requires more accuracy from the player. Even for accomplished keyboardists, this is a new skill to master. For example, you need to think more about the direction from which you attack each key.

It excels at long pads where you want to bend single notes within a chord. There’s no other controller that feels as familiar as the LUMI for this type of chord bending. That said, per-note pitch bend – perhaps sensibly – only allows bends of up to a semitone. Also, setting up polyphonic aftertouch with your DAW’s instruments can be a bit of a headscratcher. Thankfully ROLI’s tutorials walk you through this simple process.

Polyphonic aftertouch is also a nice-to-have feature and bolsters the LUMI Keys’ expressivity credentials. Unfortunately, pressure sensitivity can be inconsistent from key to key, making nuanced swells harder than we’d hoped. On our review units, the low C and high B keys were more sensitive than other keys. Perhaps ROLI could give users a way to calibrate each key individually to resolve this issue in future.

It’s a bit of a shame because one of the great joys of playing LUMI Key’s sister instrument, the Seaboard (or Seaboard Block) is the degree of tactility when creating swells; you can feel into the sound parameters meaningfully. The experience on LUMI Keys is a ‘lite’ version of that control, with far less keybed to dig into.

However, it’s far from a deal-breaker, and how severely it impacts your performance depends on the patch and instrument. Instruments that let you assign pressure changes in percentages (or those with sensitivity controls) work best. For example, Ableton’s Wavetable and ROLI Equator 2 are great fun to use with LUMI Keys and can compensate for the hardware’s inconsistencies. Equator 2’s interface also shows key presses as circles that get larger the harder you press, making accurate playing easier. If ROLI were to add this type of visual feedback to the Studio Player or control interfaces, it would help players get more from the hardware. 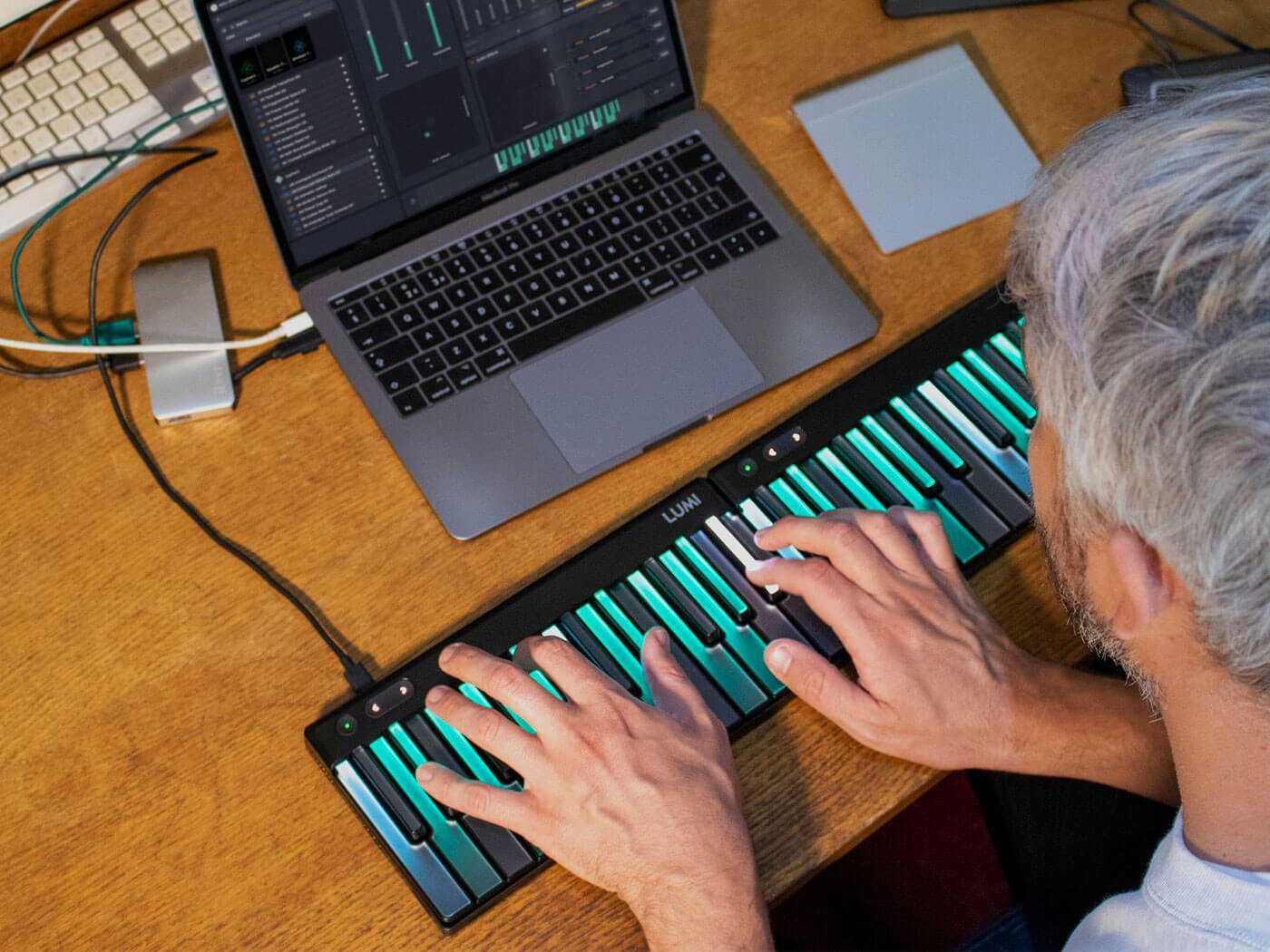 As part of ROLI’s modular Blocks ecosystem, you can connect up to four LUMI Keys (or Seaboard and Lightpad Blocks) for 48, 72 and 96-key setups. We had two LUMI Keys for review, which vastly improved the experience over having a single device. But, at $299 apiece, the cost can quickly mount up, especially if you get the $60 Snapcases. (You should do this – without cases, the hardware seems a little fragile).

Two LUMI Keys costs about the same as a Native Instruments Komplete Kontrol S61 but without NI’s tight NKS integration with many popular instruments. If you want to play orchestral sample libraries and care about visualising keysplits, then go for NI. LUMI Keys is an entirely different prospect. Equally, if you want out-and-out odd, you might want to explore other MPE instruments. All that said, its per-note pitchbend feature is unique at this price, making expressive, weird, Seaboard-like synth sounds possible while still letting you play traditional keyboard parts. If you’re looking for a controller that can handle expressive sound design and doubles as a portable MIDI keyboard, you don’t mind slightly smaller keys, LUMI Keys is tough to beat. Just make sure you buy the case if you’re throwing it in a rucksack.