Can this professional all-in-one DJ system tick all the boxes for home rigs and venues while staying relatively affordable? 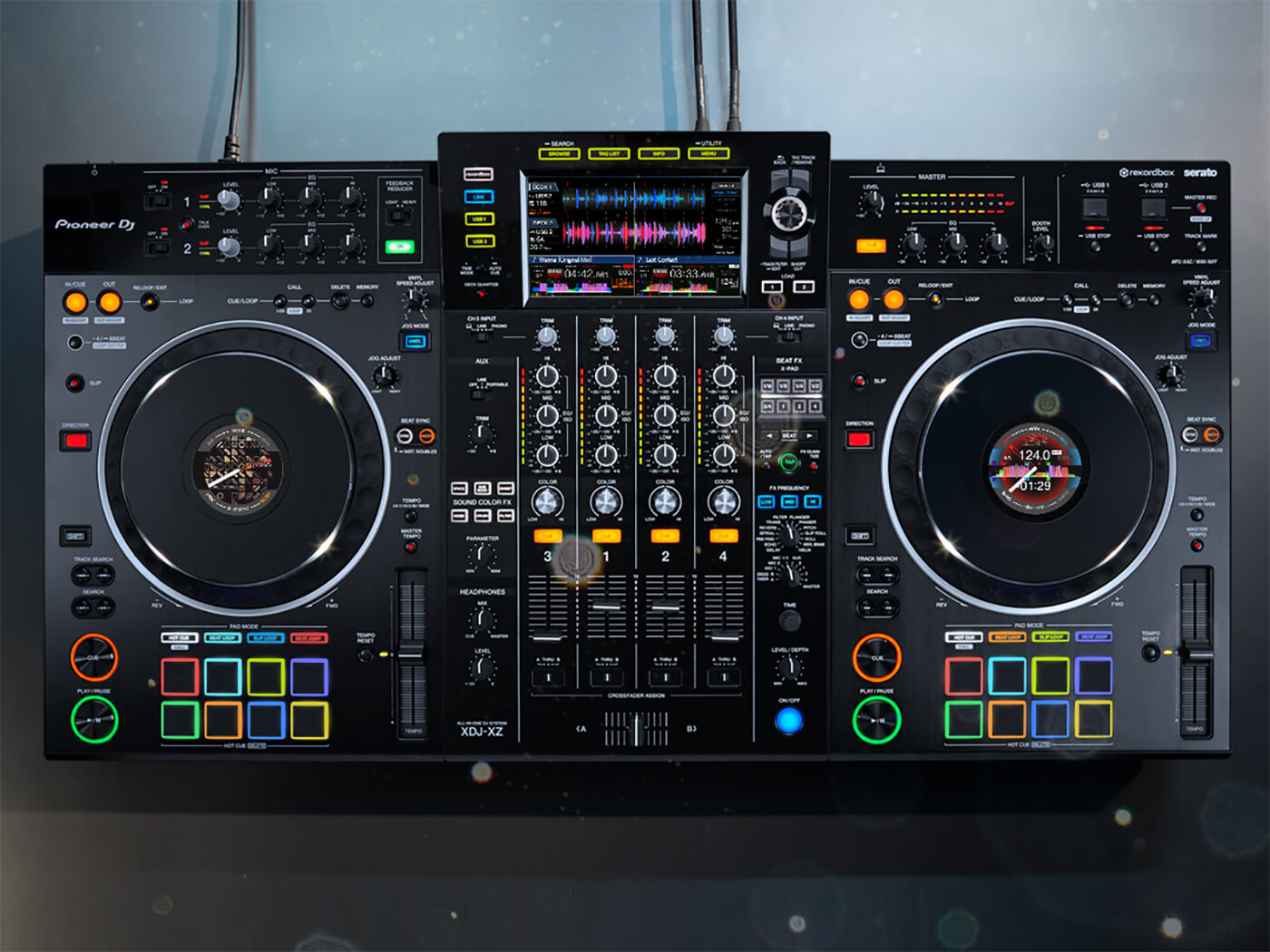 Although Pioneer DJ has been innovating and pushing the merits of its rekordbox DJ performance software merits, there’s a vast, hardcore Serato DJ userbase. This all-in-one DJ unit aims to tick many boxes in a single product. Firstly, targeting the smaller install market of bars and small clubs, then the customer who wants a fully featured and full-size DJ rig at home.

The XZ is happy plugging into a laptop running rekordbox DJ, Serato DJ Pro software, or being used stand-alone with two USB flash drives. There’s expandability with additional inputs, and Pro-DJ-Link connections also make it a useful centrepiece, but we’ll get to that.

First, the box is huge. This is by no means a portable all-in-one player. Although there are flight cases like the DJC-XZ that mean you could travel to venues, it’s a large and very heavy unit at 13kg. Once set up, the size and weight turn out to be good things. It feels rock-solid and has the full format size, and feels just like a “real” two-decks-and-mixer setup you would expect from a Pioneer NXS2 set up.

There’s all you would expect here and more on the four-channel mixer. There are six Sound Color effects, 14 Beat effects, two microphone inputs with EQ and talk-over. The mic inputs are much more controllable and transparent than the ones featured on the Pioneer DJM900NXS2. Plus, there’s even a useful little three-band EQ on the master output, which is pretty unusual at this price point – not even making an appearance on the DJM900NXS2 mixer, which is around the same price as the entire DJC-XZ rig. 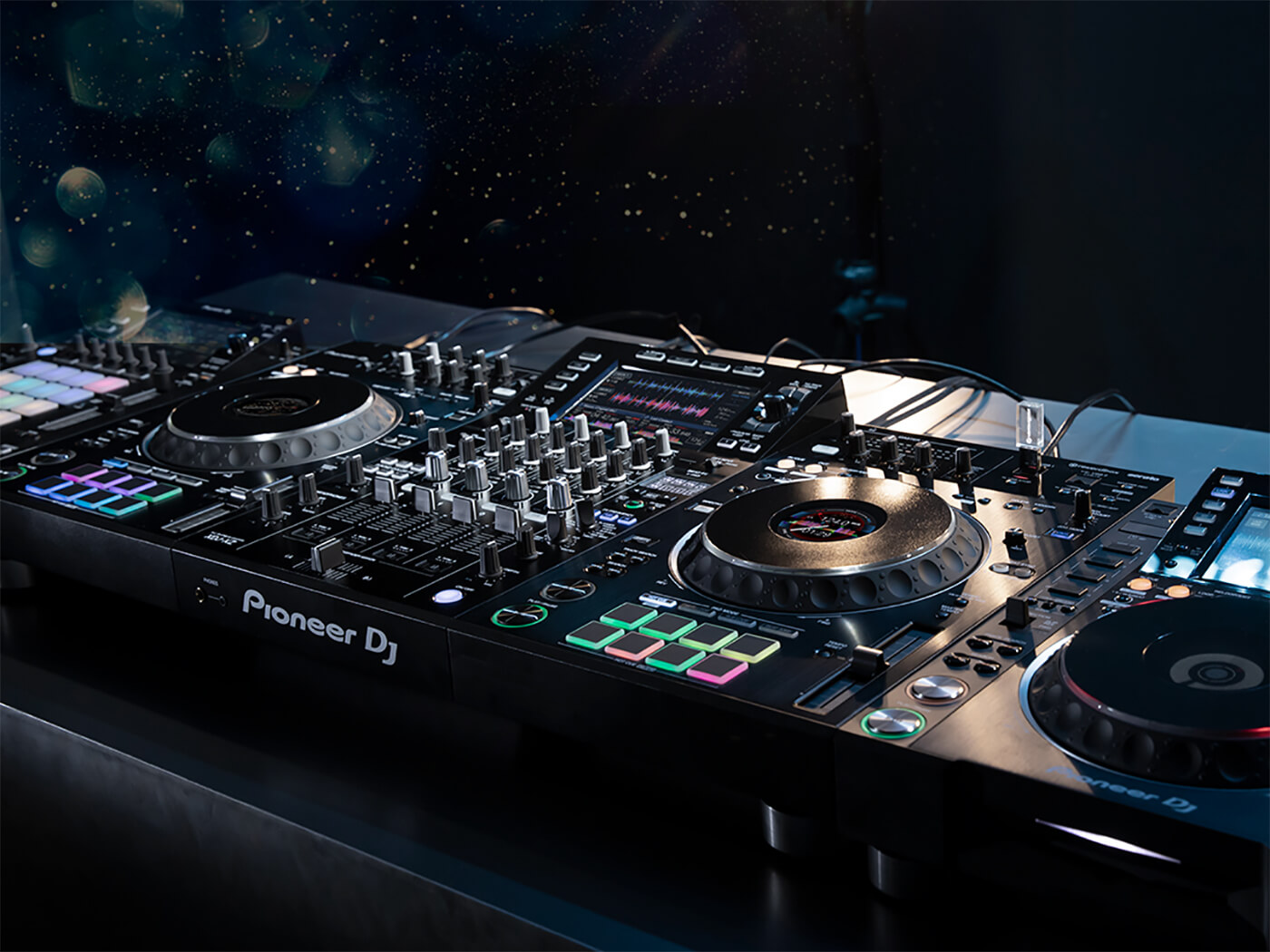 As a device that can sit at the centre of any setup, the XDJ-XZ works tremendously well. Channels 3 and 4 can both switch between external, line, phono or laptop inputs, and there’s a basic AUX input that can be switched between line and portable device. This input flexibility is a nice touch making this well-specified for a wide range of use cases. It all feels very familiar if you’ve used Pioneer NXS2 gear, making performance with the XZ very comfortable. The seven-inch touchscreen in the centre works so much better than switching your focus between two separate screens on different decks as you would with regular CDJs, and lining up tracks and cue points is a breeze.

The screen could be larger, higher resolution and generally more high-tech, like the screens we are used to on phones and tablets – especially as it is the main operation centre. Denon uses a higher-quality 10-inch screen, by contrast. But the seven-inch screen didn’t bother me during a set – it’s essentially the same display from the CDJ-2000NXS2.

I’m not much of a scratch DJ, but I am a crossfader guy. The large jog wheels work well for my rudimentary scratching ability, though, and there’s the familiar jog adjust controlling the physical tightness in the spin of the mechanical jog wheel.

The crossfader was the first area that disappointed me a little due to the lack of a physical crossfader shape control switch. You can change crossfader curves in the settings menu, though. This is not a huge deal for most DJs, but if you like to switch between sharp cuts and long fades a lot, it’s a minor annoyance. The jogs having a central screen that can display info is also an excellent implementation of a feature found on top-of-the-range controllers and CDJs. 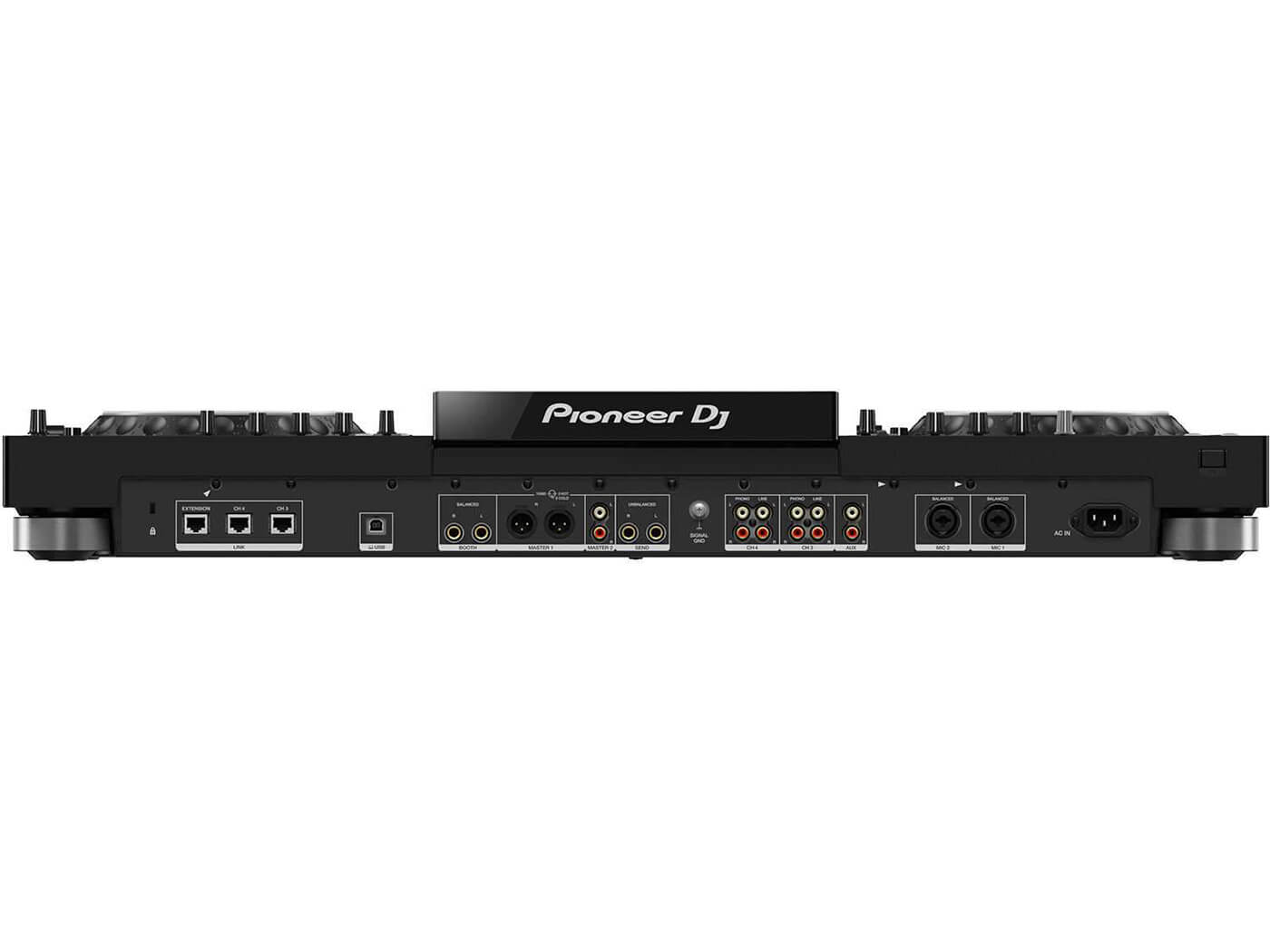 The most enjoyable part of this unit was the different pad mode settings, a fun performance feature that doesn’t usually appear on CDJ-type setups. Beat slip is particularly gratifying, giving you the ability to slice and beat-repeat parts on the fly while not losing the track playback position. The ‘slip’ aspect means you are always in time when the repeats stop as the track continues playback. Also, this is a feature not found on any other gear that “feels” like pro Pioneer gear you’re used to in the clubs.

That’s the point here: you get all the fun and flexibility of a controller-style system, the features of a standalone performance product and the feel of a professional Pioneer DJ rig at a pretty reasonable cost. When considering the premium price point of most Pioneer DJ gear, the XDJ stands out as fantastic value in the range.

As a home rig or a permanent set up in a small venue or bar, the XDJ-XZ is a superb piece of kit. It would certainly be my first choice for any home streaming or practice setup. It feels and looks very pro and has those extras that are often limited to either Pioneer DJ controllers or separate all-in-one stand-alone players.

The value for money is excellent considering the high-end, Pioneer DJ features it includes. If you’re already set on staying within the Pioneer DJ ecosystem and want that familiarity and robust build quality, this is unmatched. It’s a shame that it doesn’t support four-track playback in standalone mode like the Denon DJ Prime 4, but could this be updated with other features in the future? We’ll have to wait and see. 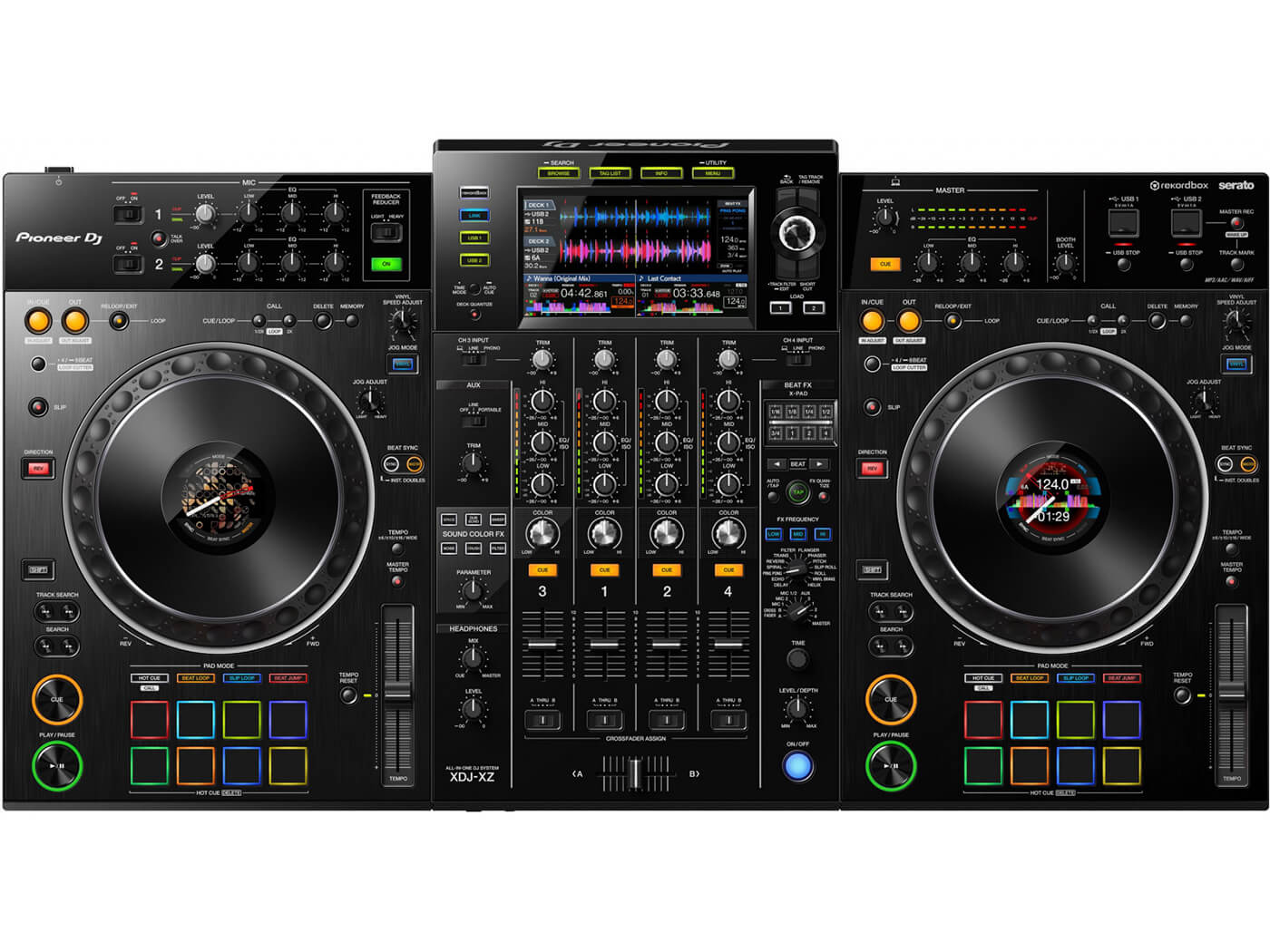