With its increased size and greater hardware integration, could Novation’s latest Launchpad Pro unit light up your life? 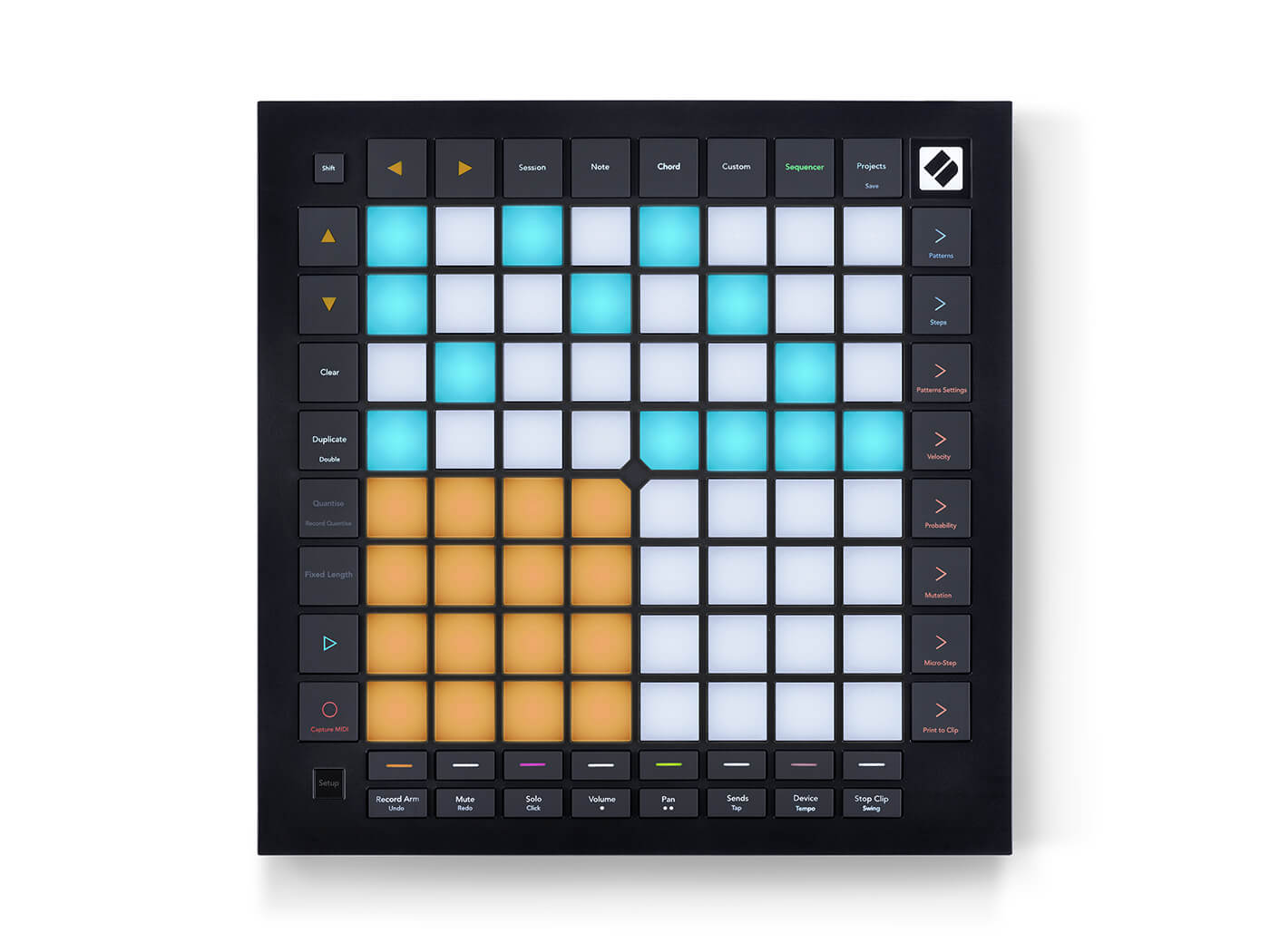 Following the recent release of Novation’s Launchpad Mini MK3 and Launchpad X, the flagship Launchpad Pro MK3 is here to round out the range in style. The Pro MK3 sticks to the Launchpad template but features a slimmer body, larger pads, new outer buttons and two MIDI outputs. Under the hood, it promises deeper Ableton Live integration, a step sequencer, as well as chord and user modes, alongside other small tweaks.

The Pro MK3 ships with two USB-C-A cables, a USB power supply and two mini jack-DIN MIDI adaptors. Members of the Novation Sound Collective also qualify for a copy of Ableton Live 10 Lite, a two-months Splice Sounds subscription, and plug-ins from Klevgrand, XLN Audio, AAS and Softube. You’ll also require Novation’s Components editor, which is available within any MIDI-compatible browser or as a downloadable application to use the Pro MK3, whose physical connections are minimal but useful: two mini jack MIDI outs, one MIDI in, and a USB-C slot, as well as a side-mounted Kensington lock. 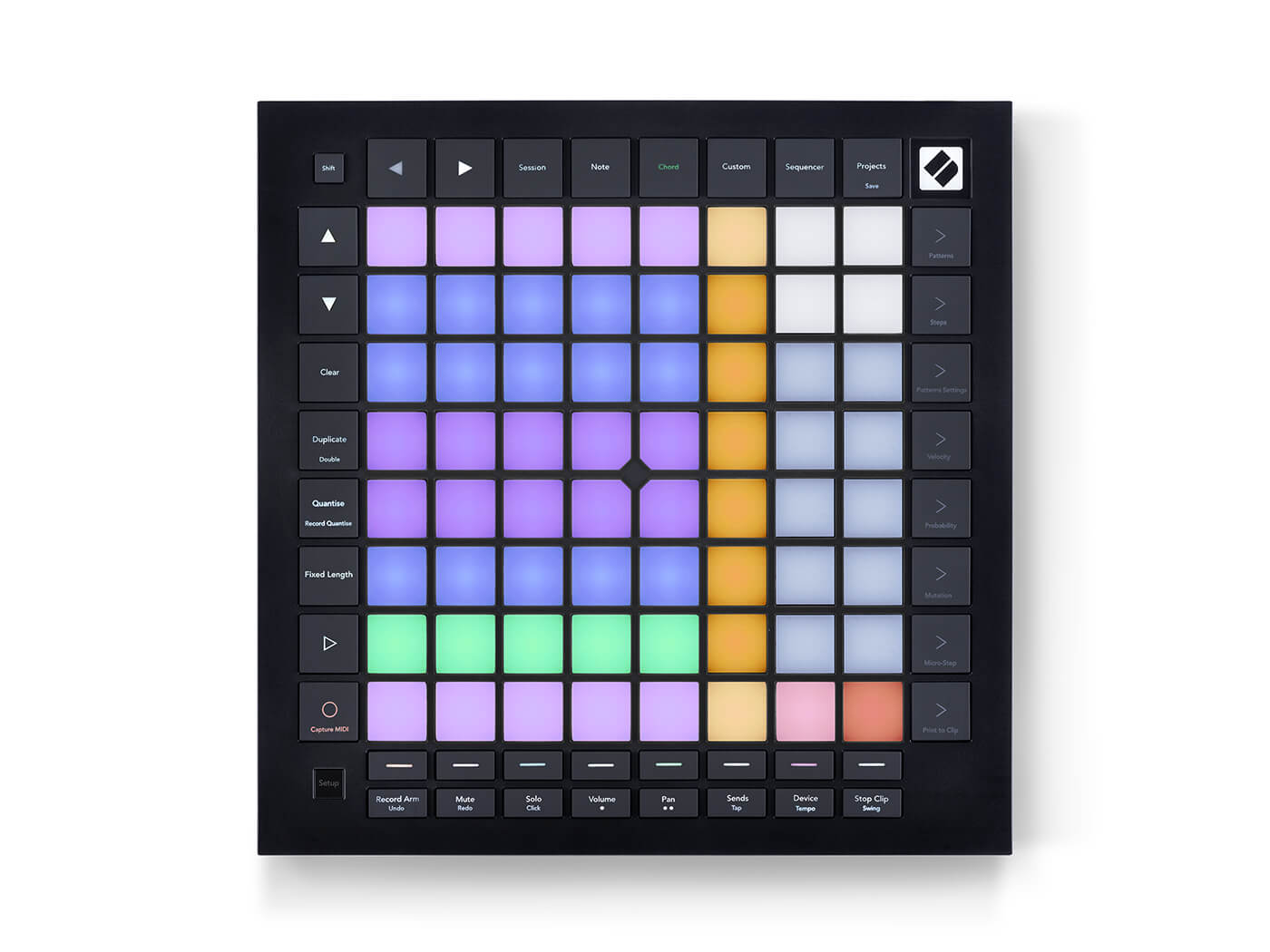 The Pro MK3 may be big for a Launchpad product but it’s still totally portable, and should comfortably shrug off the thousands of taps and hits you’re likely to give it. The classic pads are presented in an eight-by-eight grid, now surrounded by black buttons each with its own distinct function. Connect to a computer running Ableton Live and the pads will reflect the colours of its Session View clips or the track colours when in Note mode.

The Pro MK3’s Session and Note buttons switch views, and its transport/record buttons include a Capture MIDI button that taps into Capture, one of Ableton Live 10’s most interesting features. The Track Select buttons are found under the pads and, beneath them, are buttons that give access to mixer functions such as Arm, Mute, Solo, and Volume.

Select Volume, for example, and the pads transform into a vertical mixer, whereby increased velocity brings faster value changes and repeated tapping at the top of columns brings incremental changes. As with the Launchpad X, however, it would make more sense if the final fader tap moved the value up to the next step or stopped it altogether, rather than taking it back down again.

The Device button gives fader control over parameters or macros for the current device/rack, while the Chord button creates a layout through which triads can be played via horizontal rows. Note mode identifies whether the current Live track contains a keyboard instrument such as a synth or drum rack, so there’s no need for a dedicated Drum button.

The Custom button accesses the Pro MK3’s eight custom modes, which are mainly variations on the Note layout. Custom 1, for example, provides more MIDI faders that can be mapped as required to any DAW or other software.

The light and velocity-sensitive pads are wonderful to play, and are more like those of Ableton’s Push 2 than, let’s say, the less reactive Akai MPC. 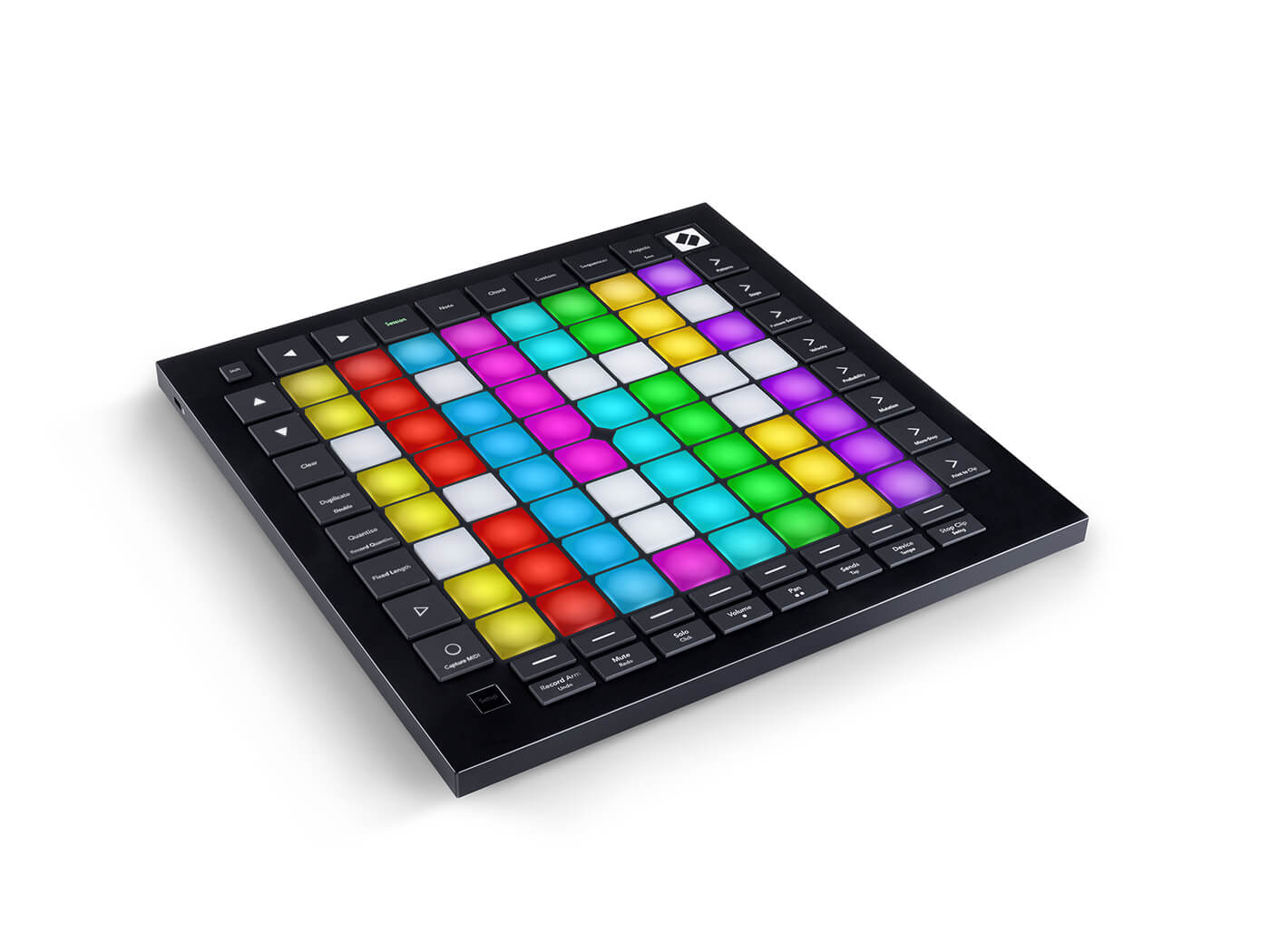 The Pro MK3 features a four-track sequencer that can be connected to Ableton Live via USB or used with hardware synths if mains powered and connected using the MIDI adaptors. Notes can be tapped in via the grid or recorded in real time, and note-length adjustment is available for – individual steps in a sequence of up to 32.

Eight patterns can be used per project, and can be launched simultaneously across tracks using scenes, which can also be chained for sequential playback (note that patterns can be different lengths but individual tracks can’t). There are also Sequencer Direction, Velocity, and Probability controls. Mutation provides further unpredictability by adding a user-definable level of pitch randomisation. The MK3 also features micro steps, with up to six extra intervals for each main step – useful for creating strumming effects.

The sequencer is hypnotic and fun to use, and is comfortably the most significant addition to the Launchpad. If you’re jamming and happen upon a part you’d like to keep, hit the Print to Clip button and the sequence will be added to a new MIDI clip. Coupled with the Capture button, this makes it simple to save all your on-the-fly ideas.

The Pro MK3’s Projects button saves all your current sequencer settings to one of 64 slots. This is vital if it is to serve as a truly standalone sequencer. This way, you don’t need a computer or any software to recall your sequences, including your root notes and scales.

With the Pro MK3, the Launchpad is becoming more of a sequencer than a general-purpose controller. In that latter role, it’s at the extreme end of what’s doable with a controller without a display. It is, however, an affordable way to access Push-type functionality – but only to an extent. Either way, for £300 you’re getting a controller plus a customisable sequencer, which altogether justifies the “Pro” in Pro MK3. 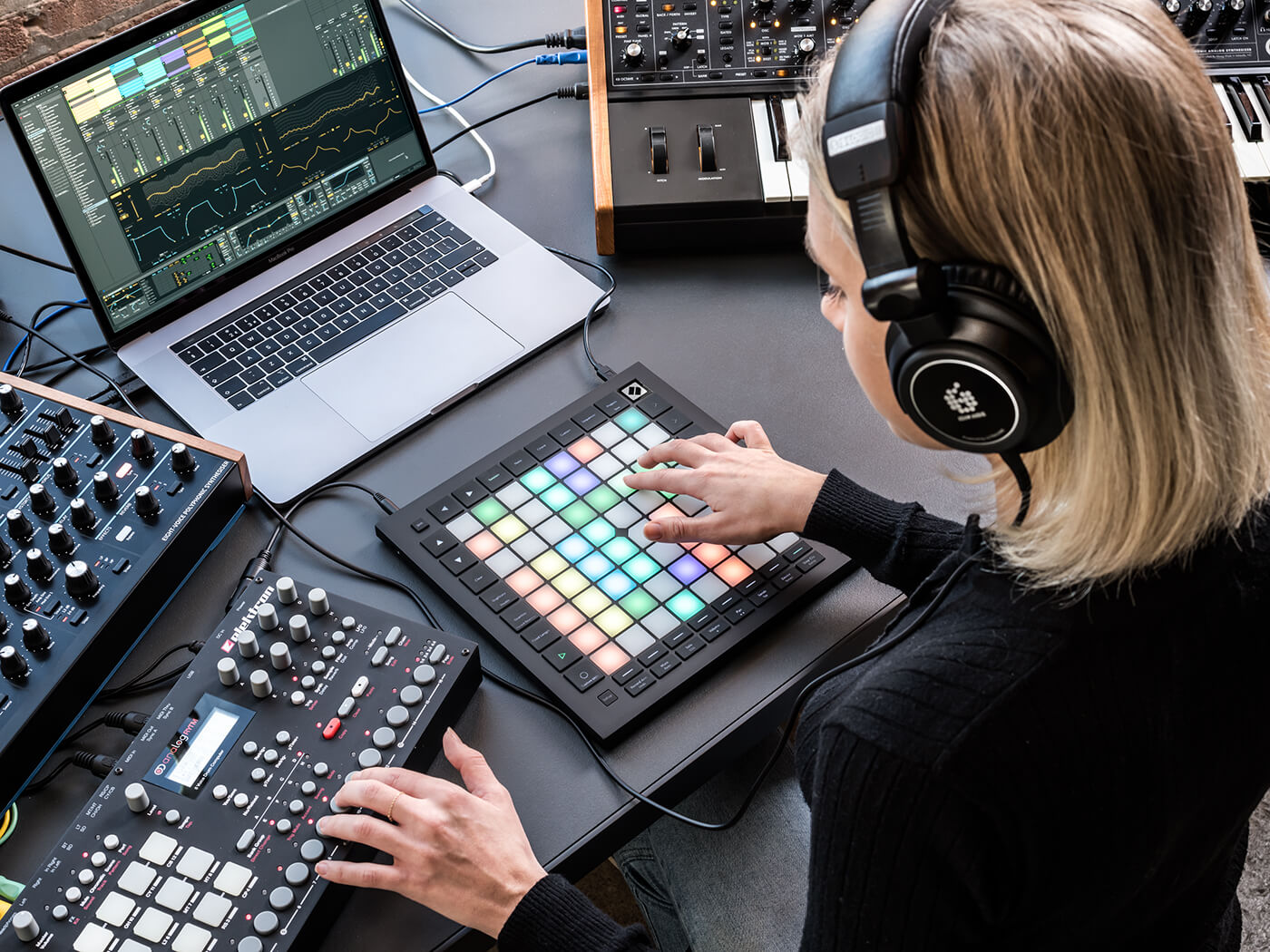 If you’re on a budget (the street price will be lower than that stated above), this is a good option, especially as it includes a copy of Ableton Live 10 Intro. The real kicker comes in the form of its increased connectivity and sequencer. If you want to send MIDI notes and control messages to synths or drum machines, or VJ software, and you like the idea of a feature-loaded step sequencer, this is ideal for you. 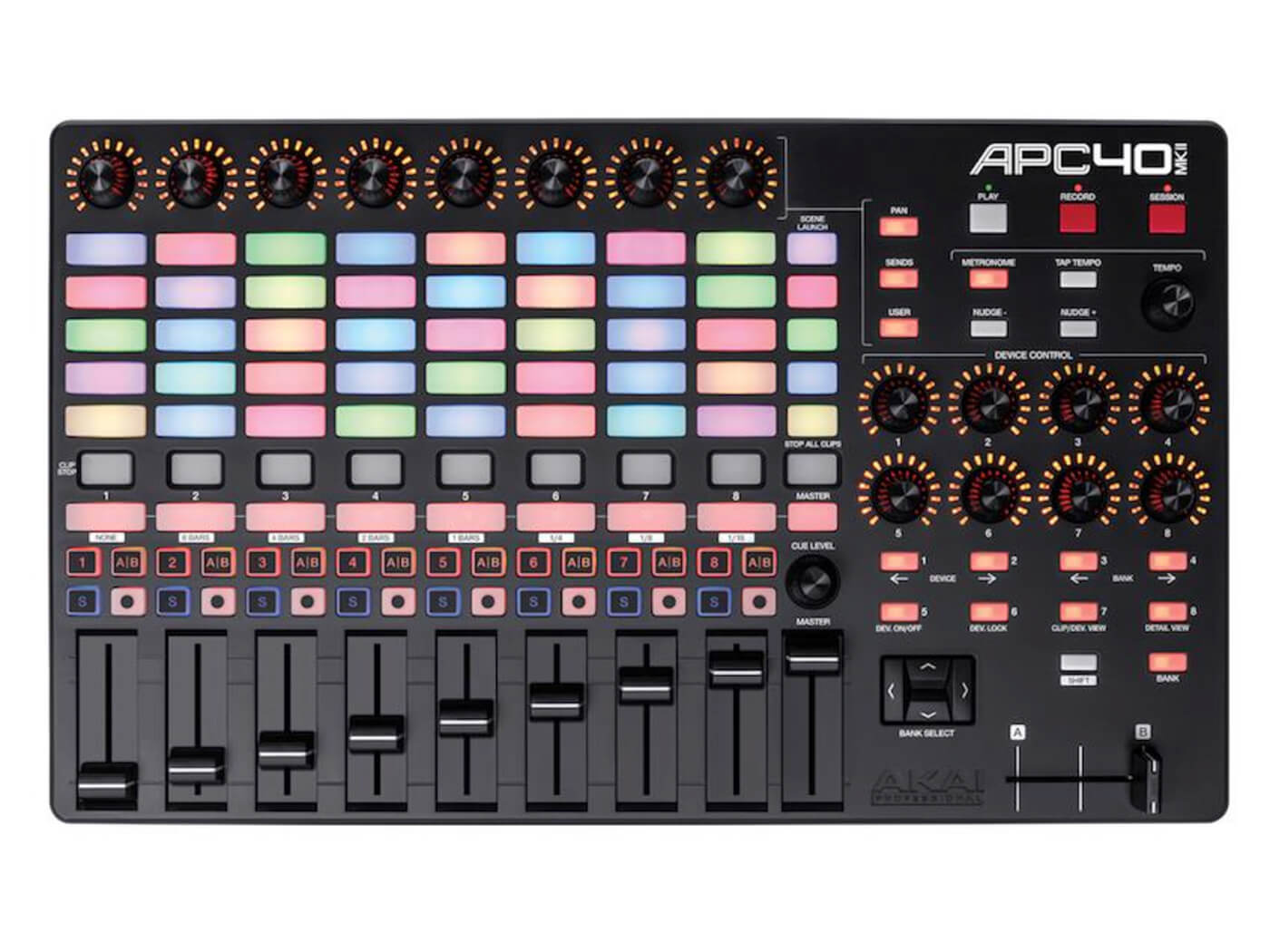 The original APC may have beaten the Launchpad to becoming the first Live controller but, today, even the MkII feels a little long in the tooth. It still works well, however, especially for performance, and is used by VJs and musicians running on Bitwig Studio. 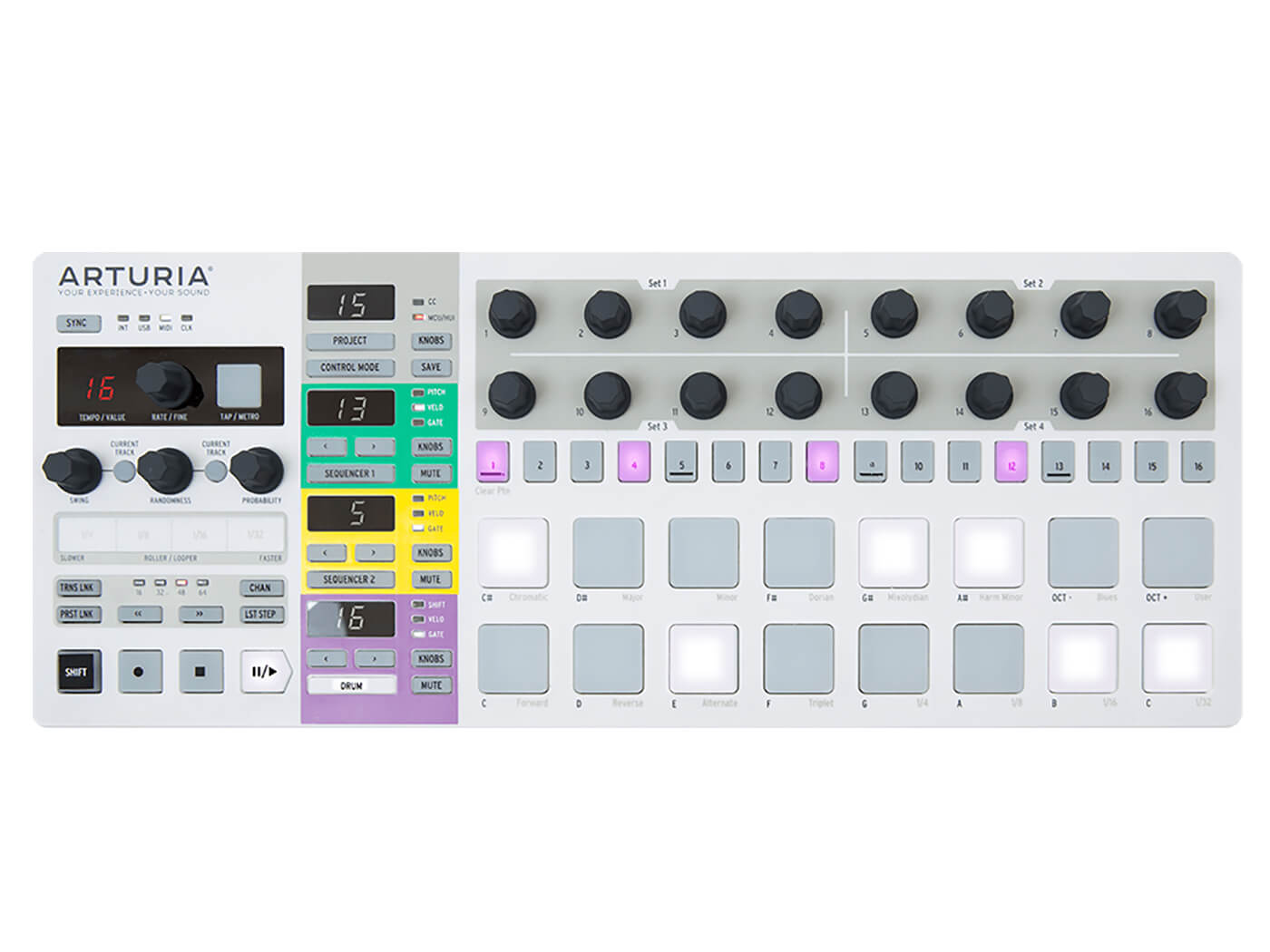 If it’s the Pro MK3’s sequencer that attracts you, consider the Arturia BeatStep Pro. This is an extremely sophisticated device, with a massive amount of control and deep connectivity at a great price. It’s available in black or white.