Novation’s Launchkey family gains a new member and it’s the biggest one yet. But will the Launchkey 88 suit demanding players? 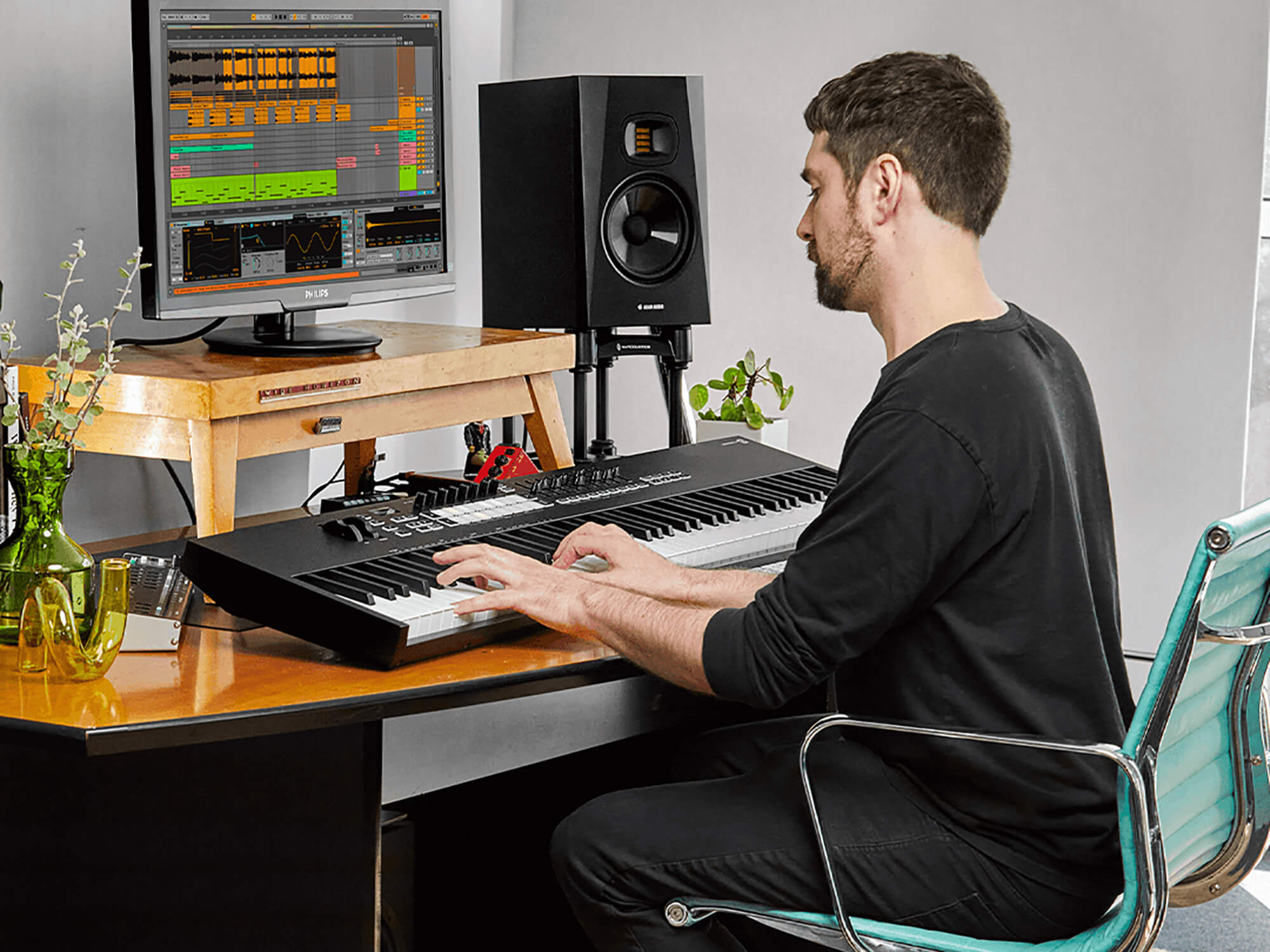 Novation’s Launchkey and Launchkey Mini have found favour with many producers and musicians for their versatility and handy DAW integration. But since their launch in 2013, players have been without a full-sized version – until now.

The aptly-named Launchkey 88 has 88 semi-weighted keys, setting it apart from the other members of the Launchkey lineup and making it more suitable for those who want a piano-style playing experience. Semi-weighted isn’t the same as fully-weighted but Novation has struck a nice balance of playability and responsiveness while also benefiting from the weight saving that semi-weighting allows. The unit is lighter than you might expect at around 11kg, and its casing feels relatively compact considering its full-range keyboard. 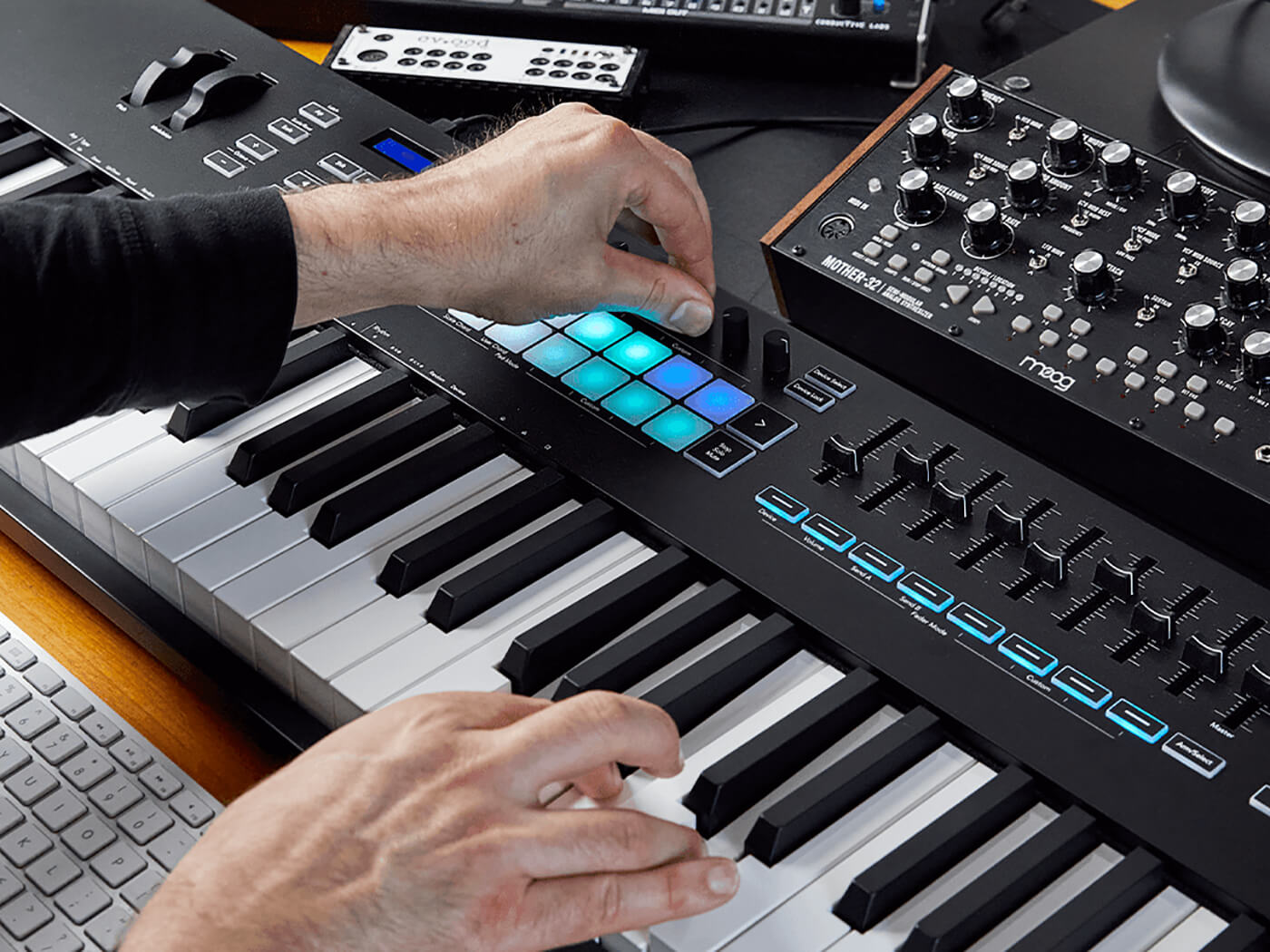 It powers and sends data over a USB-B port on the rear, meaning some users will need adapters. There’s a full-size sustain pedal input which is pretty essential for more creative playing, a lock port and a MIDI DIN output port for connecting to other hardware. The keyboard can operate in standalone mode (you’ll still need to power it over USB) and there’s a free app, Components, that lets you configure the onboard controls however you want and save them into four Custom modes.

As you’d hope, there are some familiar Launchkey tools to help you with performance, and the keyboard’s player systems work both in computer and standalone modes. First up is Scale mode that, when activated, ensures any wrongly pressed keys are conformed to the selected scale, making it impossible to play out of key.
Then there’s Chord mode with three options: Fixed for pre-setting your own chords, Scale, which auto-generates chords based on a scale, and User, where you can assign a custom chord to each of the 16 pads. There’s also an arpeggiator mode with clever features like Rhythm, which adds grooves to an arp sequence, and Strum, which lets you perform the arp using the mod wheel. 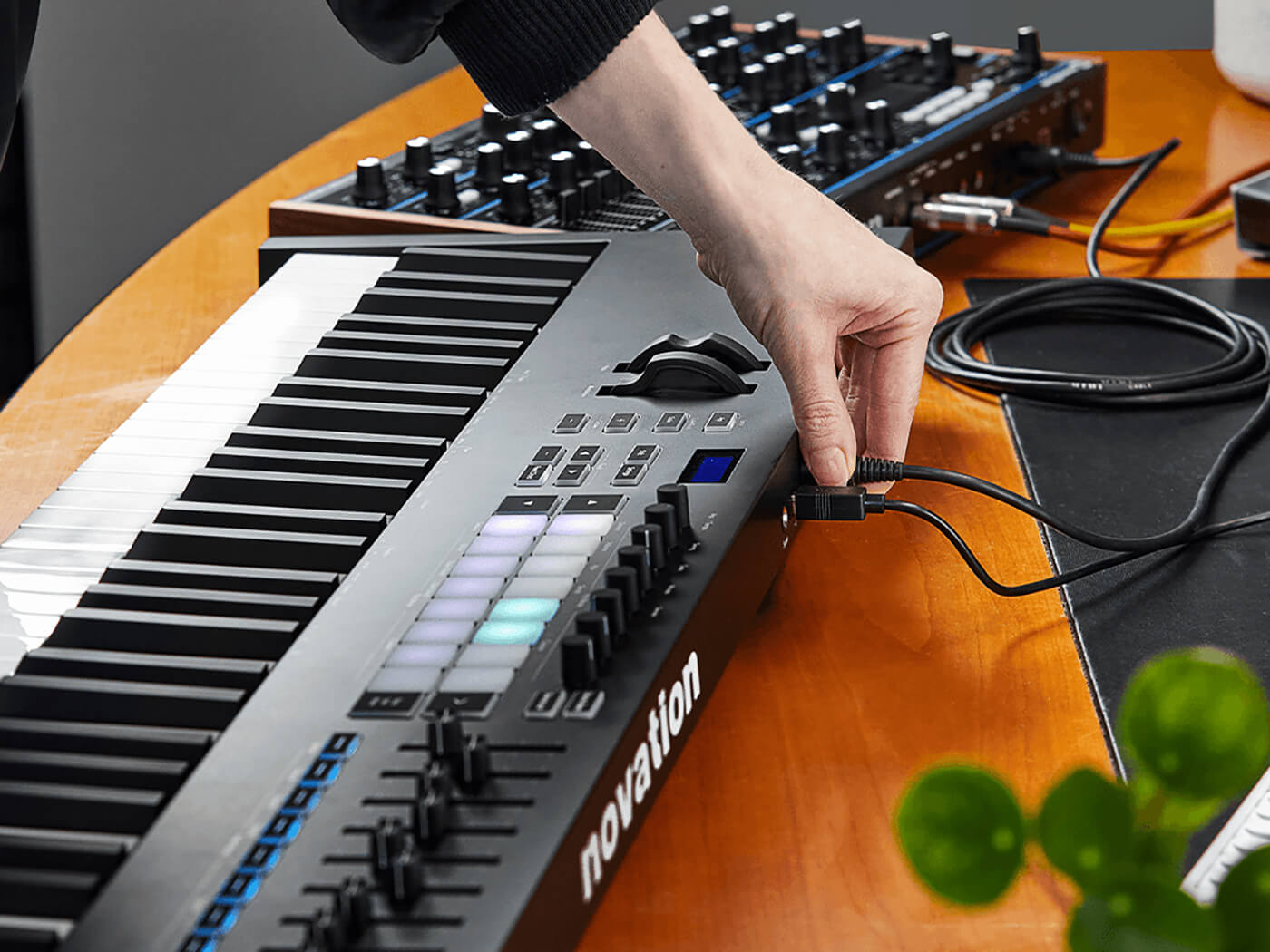 The 88-key form factor allows plenty of space for controls and, in addition to the 16 backlit RGB pads, you get 8 knobs and faders, a master fader, navigation and transport controls. The hardware controls are automatically mapped to your DAW, with deep integration for Ableton Live, Logic Pro and Cubase. As well as mixer and pan, there’s transport and record, plus DAW-specific shortcuts such as Quick Controls in Cubase, Drum Rack control in Live and smart controls in Logic.
For other DAWs, the HUI protocol allows for more basic control but in all instances, it’s valuable to be able to perform key DAW tasks from the hardware, and the integration is smooth. Novation throws in some useful extra software, too, including Ableton Live Lite, XLN Addictive Keys, AAS Session Bundle, Spitfire Expressive Strings and more.

For more expressive playing, an 88-key controller will always offer a superior experience over smaller keybeds. Though semi-weighted rather than fully-weighted, the Launchkey 88 offers a smooth and responsive playing surface, its controller features are well-laid out and DAW integration is extensive. Customising via the Components app adds another layer of utility when connecting to MIDI hardware. Overall, it’s a very reliable controller for your studio. 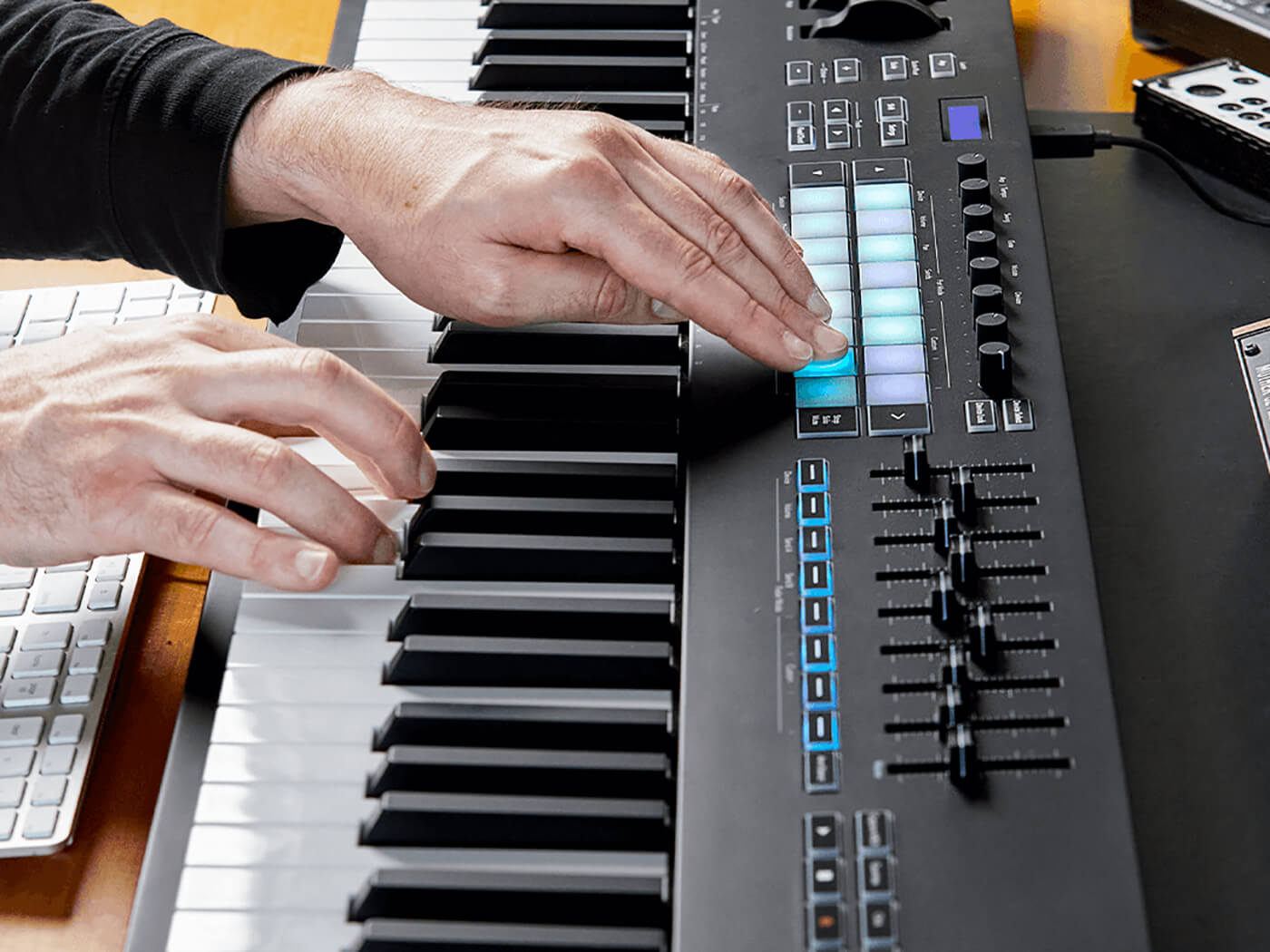