Soundcore Motion Boom Plus review: Getting the party started just got a whole lot easier

The biggest Motion Boom ever has 80W of power, can recharge your phone and even float in the pool. Could it be the ultimate party starter? 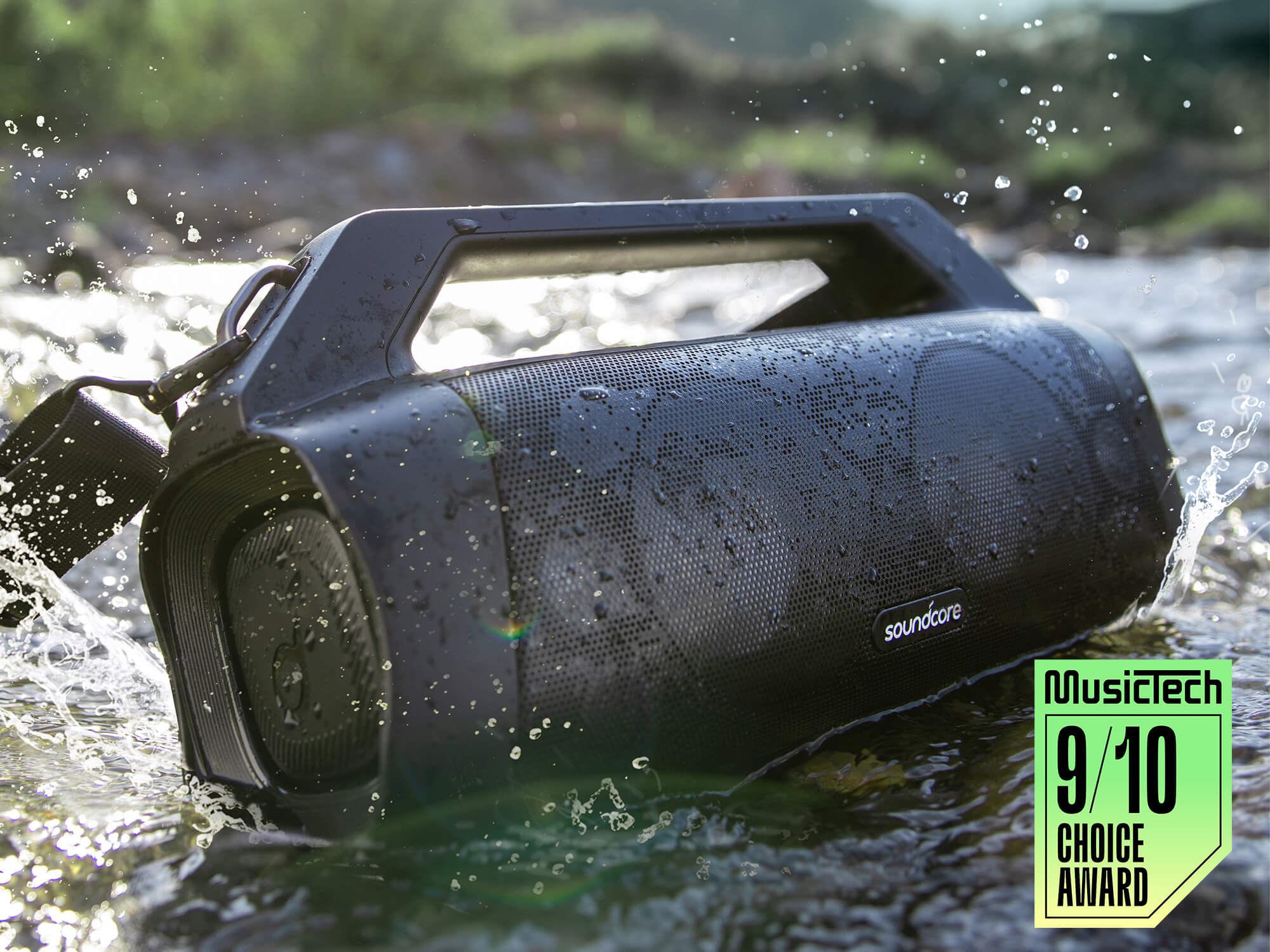 The Motion Boom Plus is the largest member of the Soundcore family of portable Bluetooth speakers, and packs significantly more power than the regular Motion Boom. It’s also larger and slightly heavier but still lighter than you’d expect, at a shade under 2.5kg. There’s an integrated carrying handle, plus a helpful new detachable carrying strap.

Internally there’s a lot more heft, with 80W of power split across two 30W 3.5 inch-titanium woofers and two one-inch 10W tweeters – that’s compared to a mere two 15W speakers in the Motion Boom. The speaker is IP67-rated, which means it’s dust- and waterproof. Remarkably, it can actually float in a pool while playing music and suffer no ill effects. In a use case that’s perhaps less extreme, you need not worry about using it on the beach or getting caught in the rain either.

Charging is over USB-C and there’s a 13,400mAh internal battery that provides 20 hours of playback. Though the USB-C port doesn’t allow power output, there is a USB-A port into which you can plug your smartphone or tablet for recharging. It’s a nice touch and there’s sufficient capacity that a couple of phone charges and several hours of playback isn’t going to fully deplete the battery.

Connecting over Bluetooth is simple and the speaker uses the latest standard, Bluetooth 5.3, which brings enhancements in terms of signal strength and security but isn’t yet supported by many smartphones. It also has a 3.5mm aux input behind its sealed charging flap, helpful for connecting to non-Bluetooth devices – though you’ll want to be more wary of water if that’s the case. 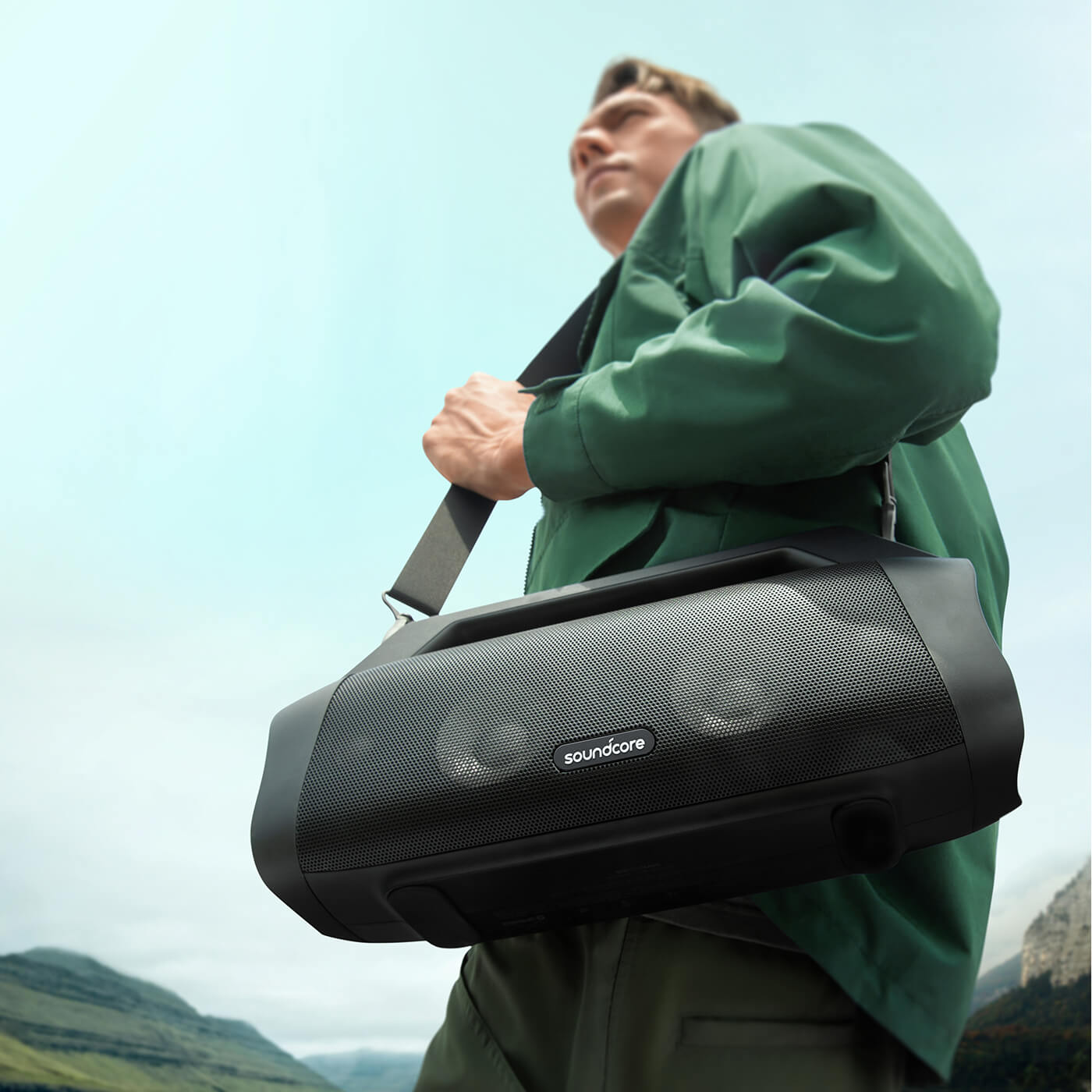 The extra drivers in the Plus give it a wider sonic palette than the regular Motion Boom and, while it’s still tremendous fun with heavy electronic, pop or hip-hop tracks, it’s also capable of more subtlety when playing less energetic styles, with mids and high end well defined. The optional BassUp mode and the passive bass radiators at either end mean it’s capable of some huge low end, which gets bigger as you crank the volume, and it can get very loud before it gets tiring on the ears.

The Soundcore app for iOS and Android gives you a simple but usable EQ with several presets you can store, and the PartyCast 2.0 support lets you link up to 100 compatible Soundcore speakers – or, perhaps more realistically, two or three. 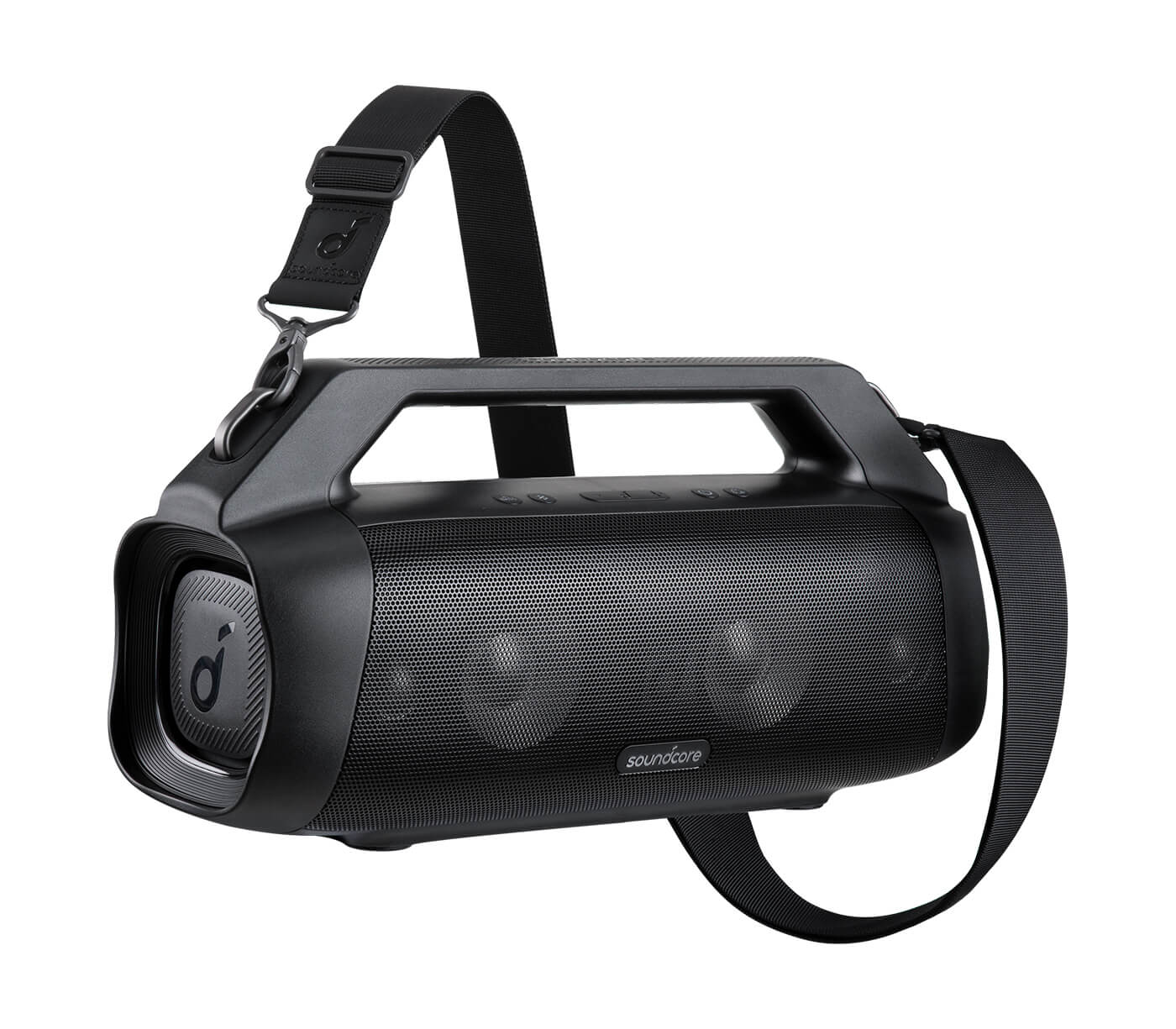 At the time of writing, the Plus is £100 more than the street price of the Motion Boom. For that you’re getting better waterproofing, double the power (“two times louder”, according to Soundcore), a bigger battery, and an aux-in, as well as more drivers. It feels more like a boombox and less like a Bluetooth speaker. That extra power certainly makes it better suited to outdoor parties than its predecessor, and you’d struggle to find a more powerful or punchier device for playing music without having to run one off the mains. 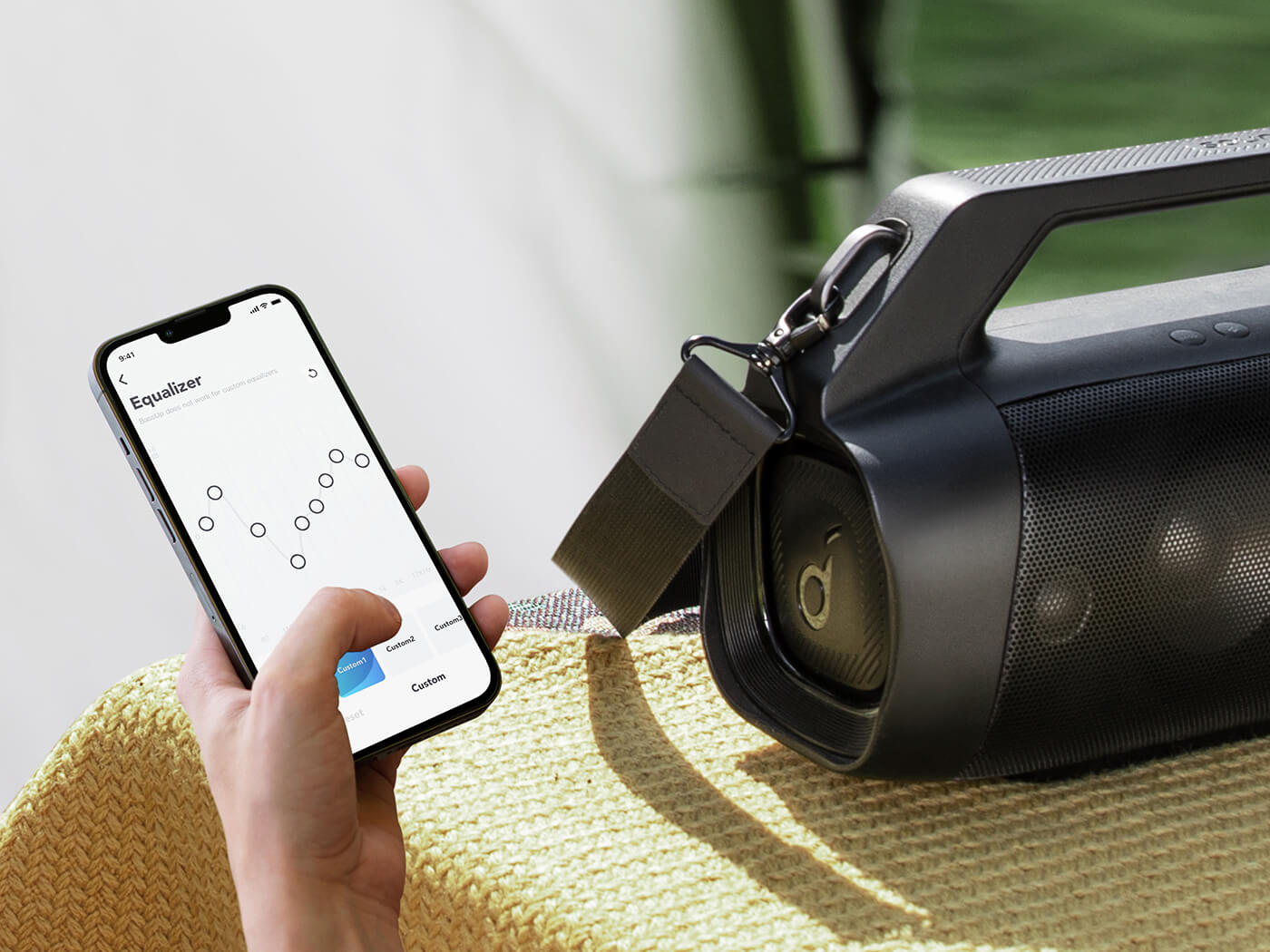