Is it really possible to experience 7.1 surround sound in a pair of wireless headphones? 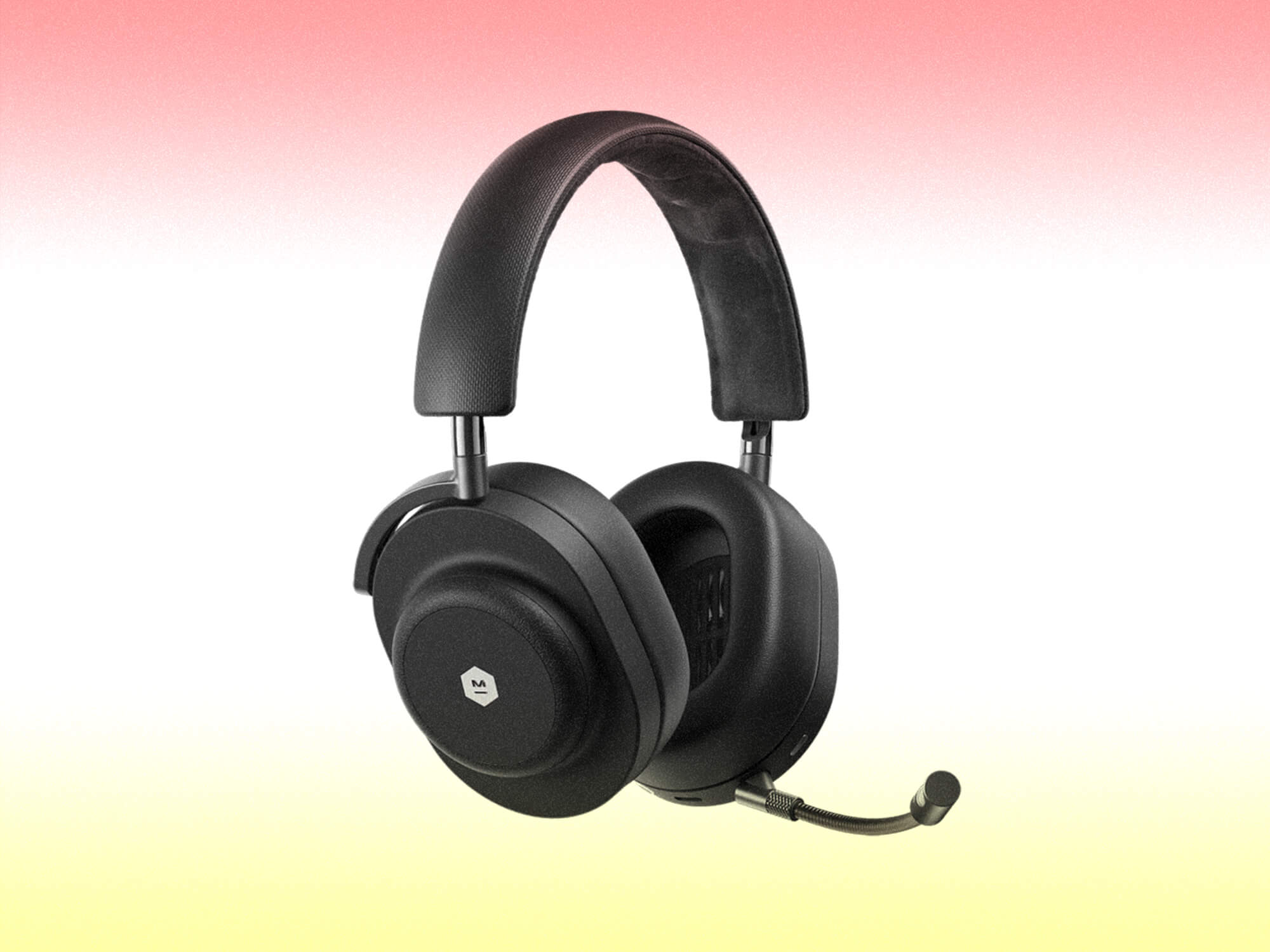 A truly impressive and immersive experience both for games and movies, revealing hidden depths that aren’t there when listening in stereo.


It’s not just movies that have embraced surround sound for many years now – games have as well. Both, however, share a similar problem when watched or played at home. To really get the full experience, you need a physical surround sound speaker system, which can mean having up to eight separate speakers. For many people, that’s just not practical.

To remedy this, Master & Dynamic has come up with the MG20 Wireless Gaming Headphones, which aims to give the best of both worlds when it comes to sound and convenience. These mark the high-end premium audio brand’s first foray into virtual surround sound. 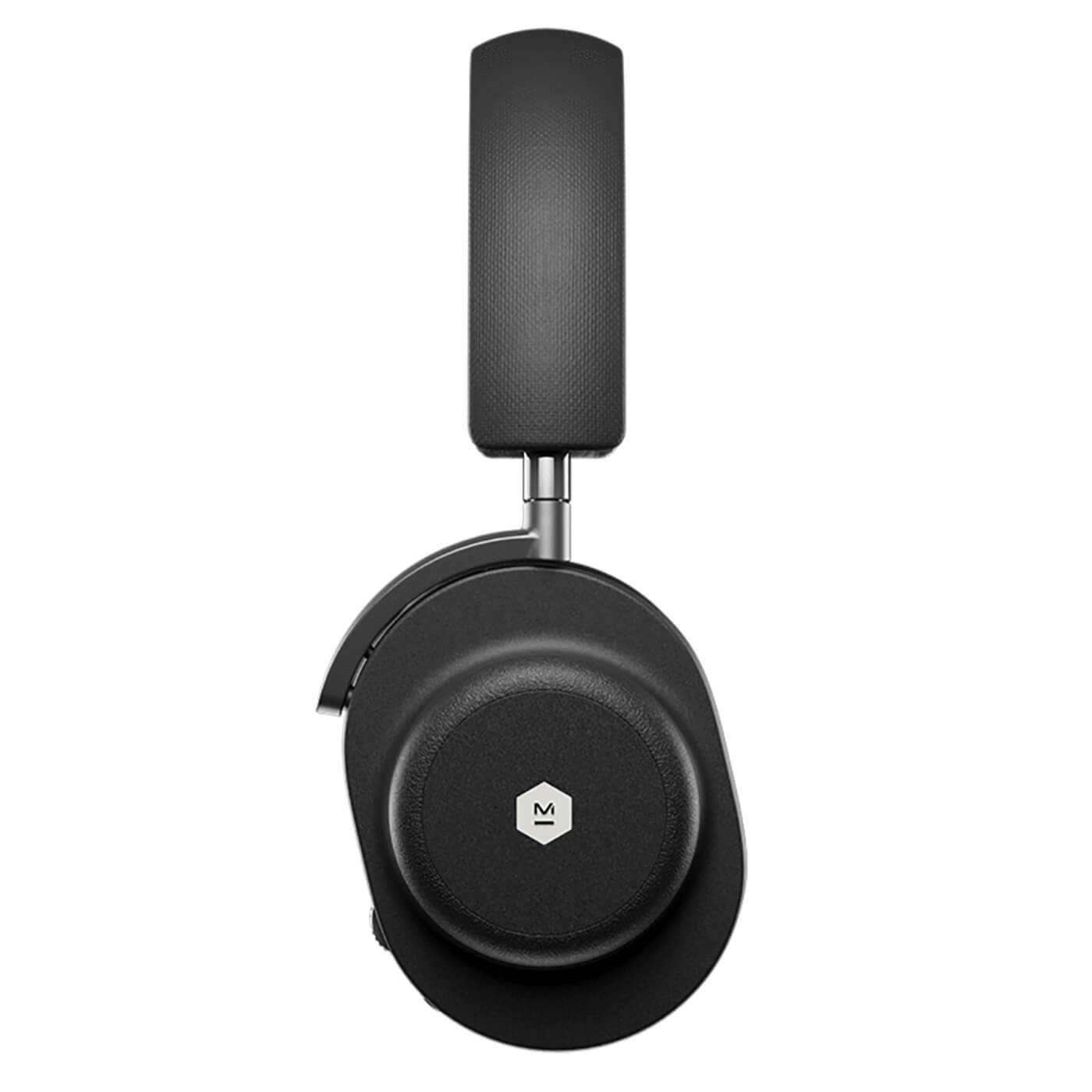 Master & Dynamic makes premium products, and these are at the higher end of what you can pay for headphones of this type. If you’re serious enough about gaming or films to buy a nice 4K TV, then you will probably see the value in taking the audio side of things seriously as well.

The MG20 headphones are beautifully constructed and very lightweight at just 312g. The adjustable headband fits the head comfortably, and the lambskin leather earpads on the over-ear cups are supremely soft and replaceable. These headphones can be worn for extended periods without ever becoming uncomfortable. They look very classy too, which isn’t always the case with gaming headphones. 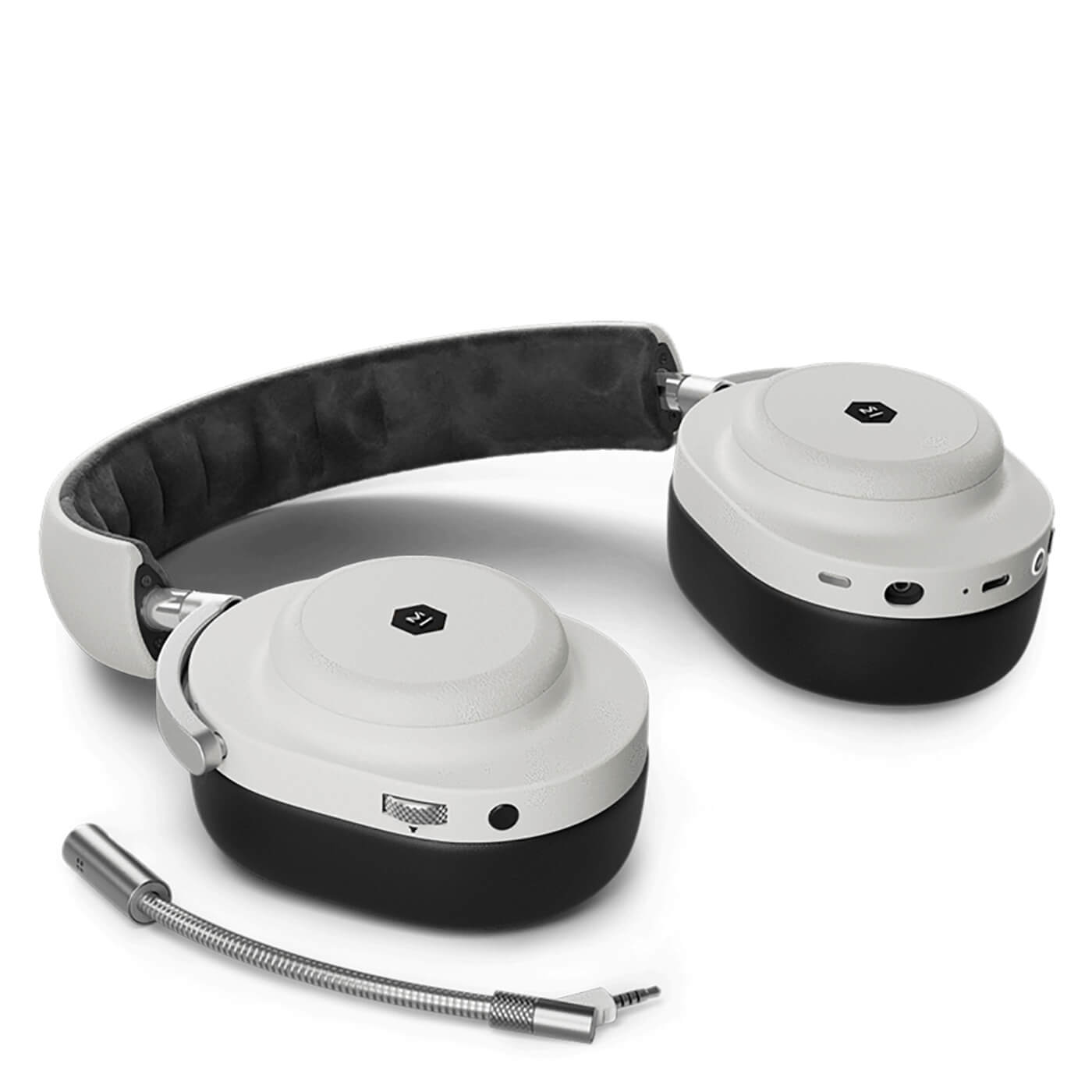 The MG20 charges over USB-C with the included USB-C to USB-A cable in the box. At full charge, it offers up to 22 hours of playback, and comes with quick charging to 50 per cent in 30 minutes. There’s wear detection so they go to sleep mode when removed, and you can also set a custom sleep time in the companion app. The app also lets you set two custom EQ curves or have the EQ flat. With such existing EQ features, it would have been nice to have more EQ options, such as user-configurable EQ curves.

A USB-C to 3.5mm cable is supplied for wired listening though they still need to be powered on for this to work. There’s a detachable boom mic with an adjustable arm and a pop shield included in the box, as well as a built-in mic array in the cups that activates if the boom mic is removed. These work brilliantly for conversing online while gaming or for making phone or conference calls. A dedicated mic level dial is located on one of the cups, with a press-to-mute function. 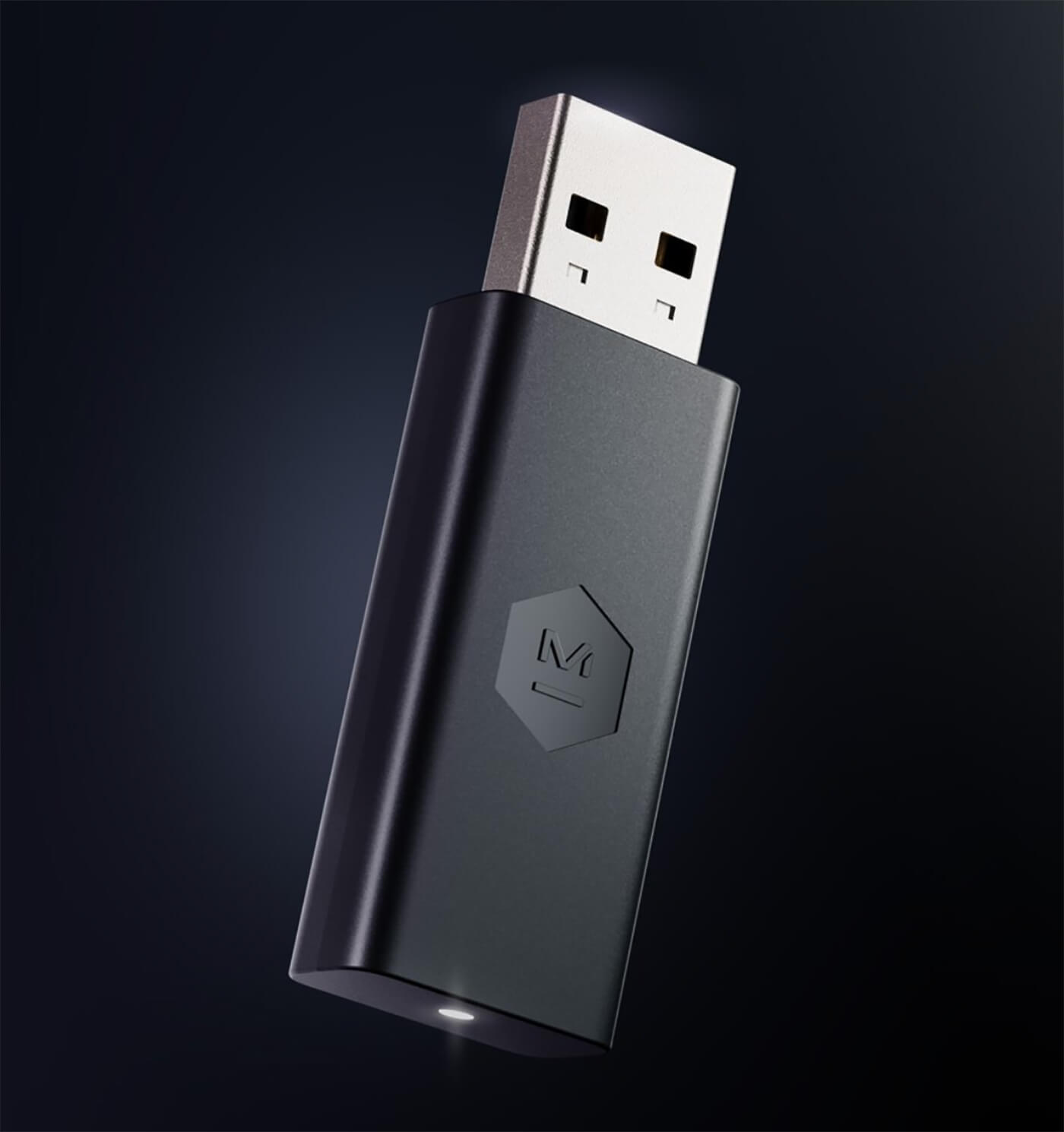 Keeping up with the action

You’ll almost certainly be using wireless audio most of the time. Pairing is simple, with an option to pair up to two devices at once.

The MG20 headphones connect via Bluetooth 5.0 and also come with a low-latency adapter that plugs into your console or computer. Since a lot of gaming involves lightning-fast visual and audio feedback, even a small lag can be a big problem. Although we didn’t have any issues using regular Bluetooth with a MacBook Pro, older or slightly slower hardware can benefit from using the adapter. PlayStation 5 and Xbox users will definitely need it since Bluetooth audio isn’t natively supported. On our PlayStation 5, the dongle worked flawlessly, with no appreciable latency.

The earcups contain various controls. There’s a battery indicator, Bluetooth button, master volume dial and multi-function button for skipping tracks, answering calls and activating your voice assistant. The boom mic even has a red light to indicate when it’s muted. And then there’s the 7.1 surround button, which activates the headphones’ DSP to create a virtual surround effect from the two 50mm Beryllium drivers.

The MG20’s virtual surround works most efficiently when you feed it exactly the correct format of audio stream. Movies and games with a 7.1 output option sound incredible. While these are certainly good headphones working in regular stereo, they don’t feel quite as nuanced or rich as Master & Dynamic’s stereo-only wireless models like the MW65s.

Stereo music tracks don’t quite have the depth and detail those models offer. But these are gaming and surround headphones, and it’s when creating surround effects that they really shine. When watching Marvel’s Shang-Chi and The Legend of The Ten Rings in 7.1, the sound became so utterly immersive that it made the stereo version feel distinctly one-dimensional. Low-end sounds seem to broaden out in a way that stereo didn’t manage, and the fast-paced action was subtly enhanced by the placement of sounds and effects in a far greater range of places than simply left or right.

It was a similar experience with games. Playing Ghost of Tsushima on PlayStation 5 was a revelation with surround switched on, as it laid bare the intricacies of the game’s stellar sound design.

7.1 is but only one of a number of surround sound formats in use by games and movies. When the headphones are fed a different format, it appears to automatically compensate by up- or down-mixing the signal appropriately. You still get surround sound if you feed it 5.1, but it’s different from its original form and not really noticeable.

The headphones support several streaming codecs such as AAC and Qualcomm aptX HD for music, as well as aptX Low Latency. While these are technically compressed, the audio quality is superb and you would be hard-pressed to tell any difference between wired and wireless performance. 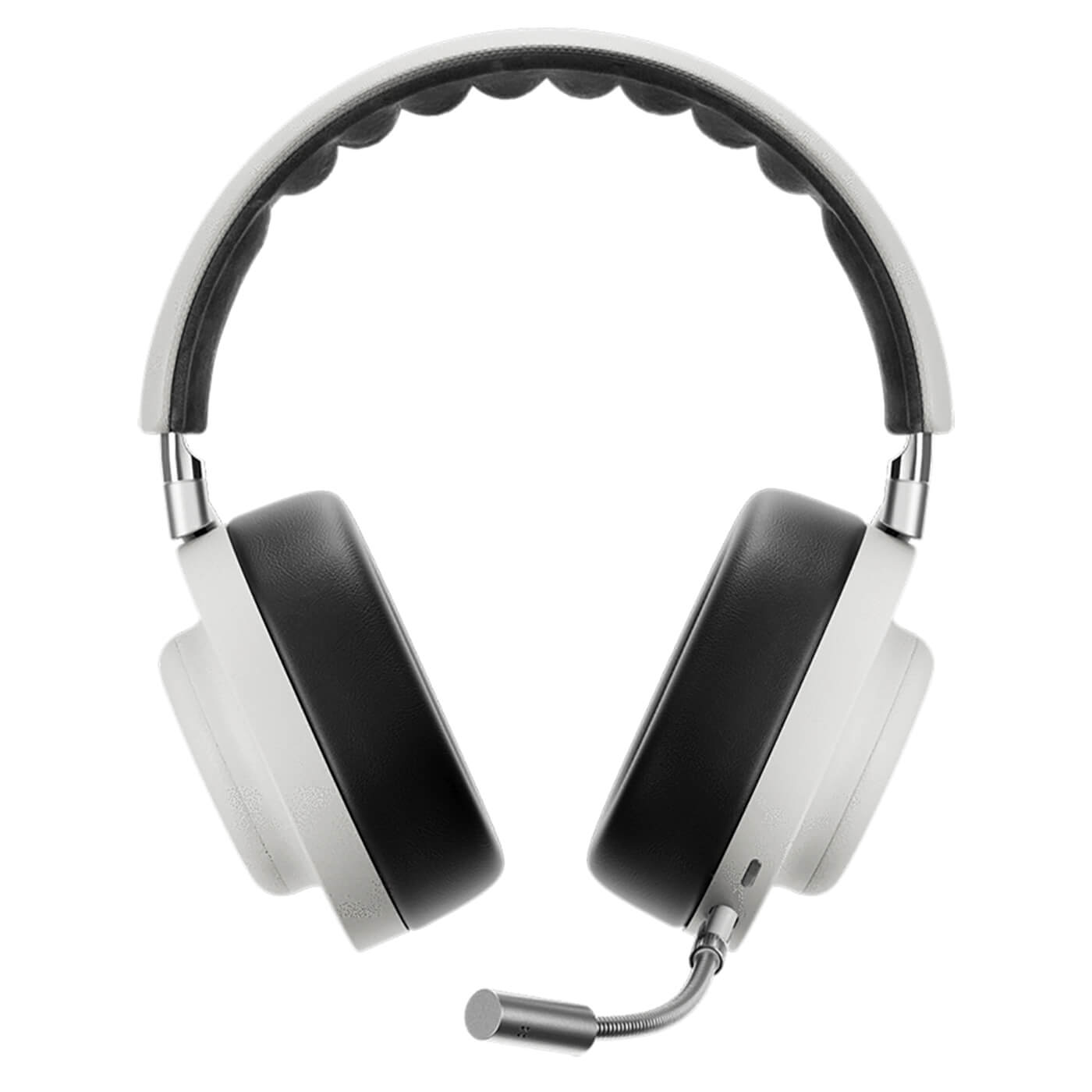 The MG20s are truly excellent headphones for gaming and watching movies. Beautifully designed and built, they are very comfortable and provide excellent on-body controls, great microphones, and a stunning virtual surround sound experience. Battery life is also at the longer end of what you can expect from wireless models.

While they are perfectly solid for stereo music playback, they can’t match Master & Dynamic’s stereo-only over-ears. However, as these are marketed as gaming headphones, most buyers would get them for gaming first and music second, although they are also excellent movie headphones. They are at their best when operating in surround mode, and will make you wonder how you ever settle for plain old stereo.