JBL Quantum ONE review: A clever pair of surround headphones but a disappointing lack of support for non-PC users

Virtual surround sound with head tracking for PC gamers, but other users beware. 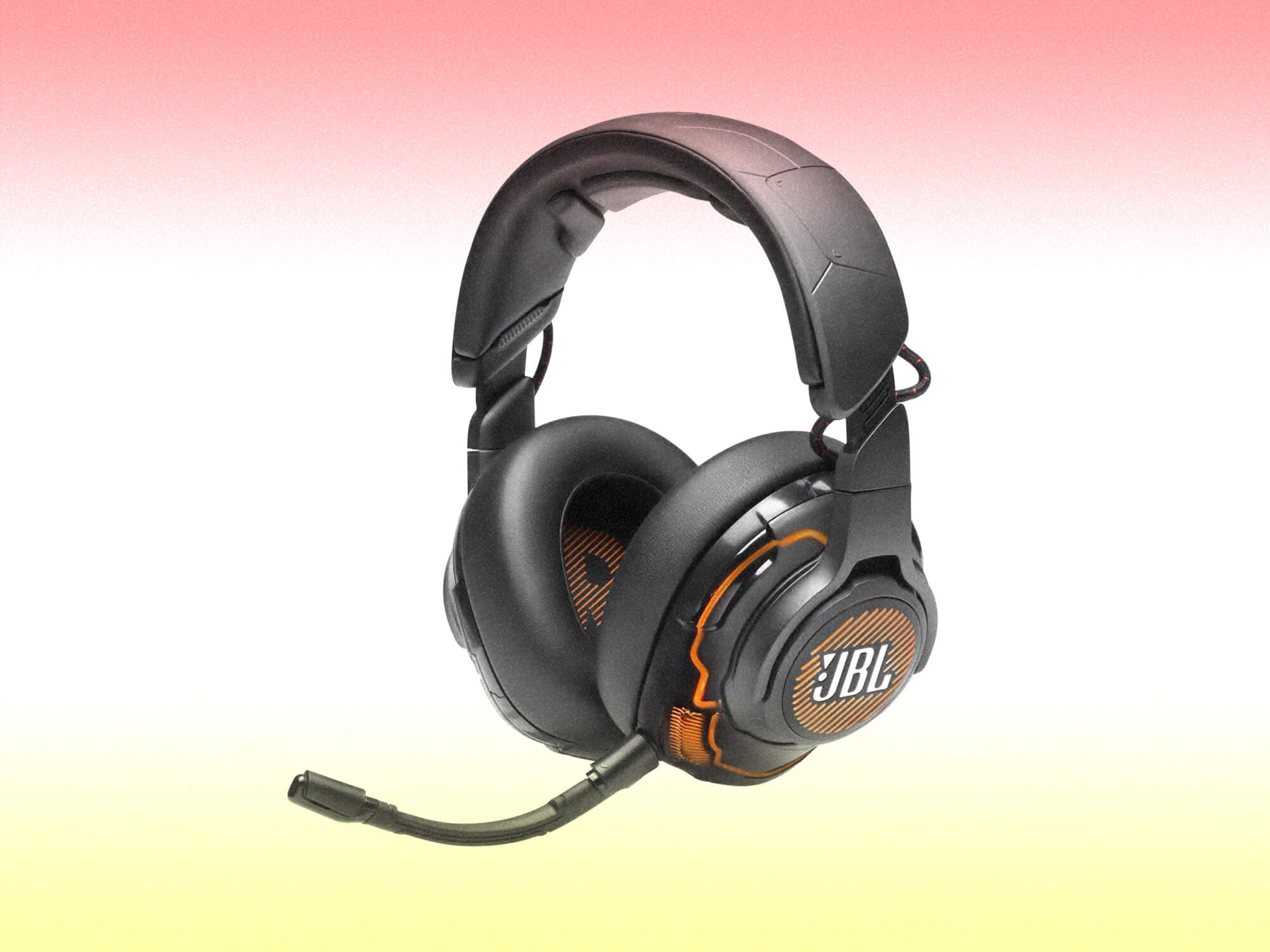 
The Quantum ONE is the flagship of JBL’s Quantum series of over-ear gaming headphones and the only model in the series with virtual surround support, though it’s a wired-only model with no wireless capabilities. It’s very much targeted at PC gamers and users of other devices will find themselves left out in the cold when it comes to accessing the best features.

There’s a lot in the box – the headset is fairly hefty at 370g and the padded cups fully surround your ears. A 3.5mm audio cable with a volume control and mic mute button is supplied, along with a calibration microphone to set up head tracking, a detachable boom microphone for talkback and a USB-C to USB-A cable with a game/chat balance dial on it.

The cups contain a few buttons including a noise cancelling on/off control, a re-centring button for the head tracking, volume control, mic mute and various LEDs. Connecting the headphones via USB provides power, illuminating them with a range of colours. The interesting features, such as 7.1 surround, tracking and noise cancelling, require a USB connection and the Quantum Engine software that powers them runs on Windows only.

Any other device, even consoles, requires you to use a 3.5mm audio cable so they become basically just a pair of regular headphones. The software doesn’t recognise the headphones when running under a virtual PC on a Mac either. When you do get it up and running, it’s pretty detailed and provides extensive customisation options including EQ, lighting, surround mode and inputting your height and head diameter to enable the tracking to work.

JBL’s own QuantumSphere 7.1 surround is available and there’s also a DTS Headphone X 2.0 option. JBL’s mode uses head tracking to adjust sound placement as you move your head which worked well, especially with FPS games where you explore an environment and enemies move around you. Setting it up involves using the calibration mic which is quite straightforward and the talkback mic works well but needs to be kept quite close to perform at its best. 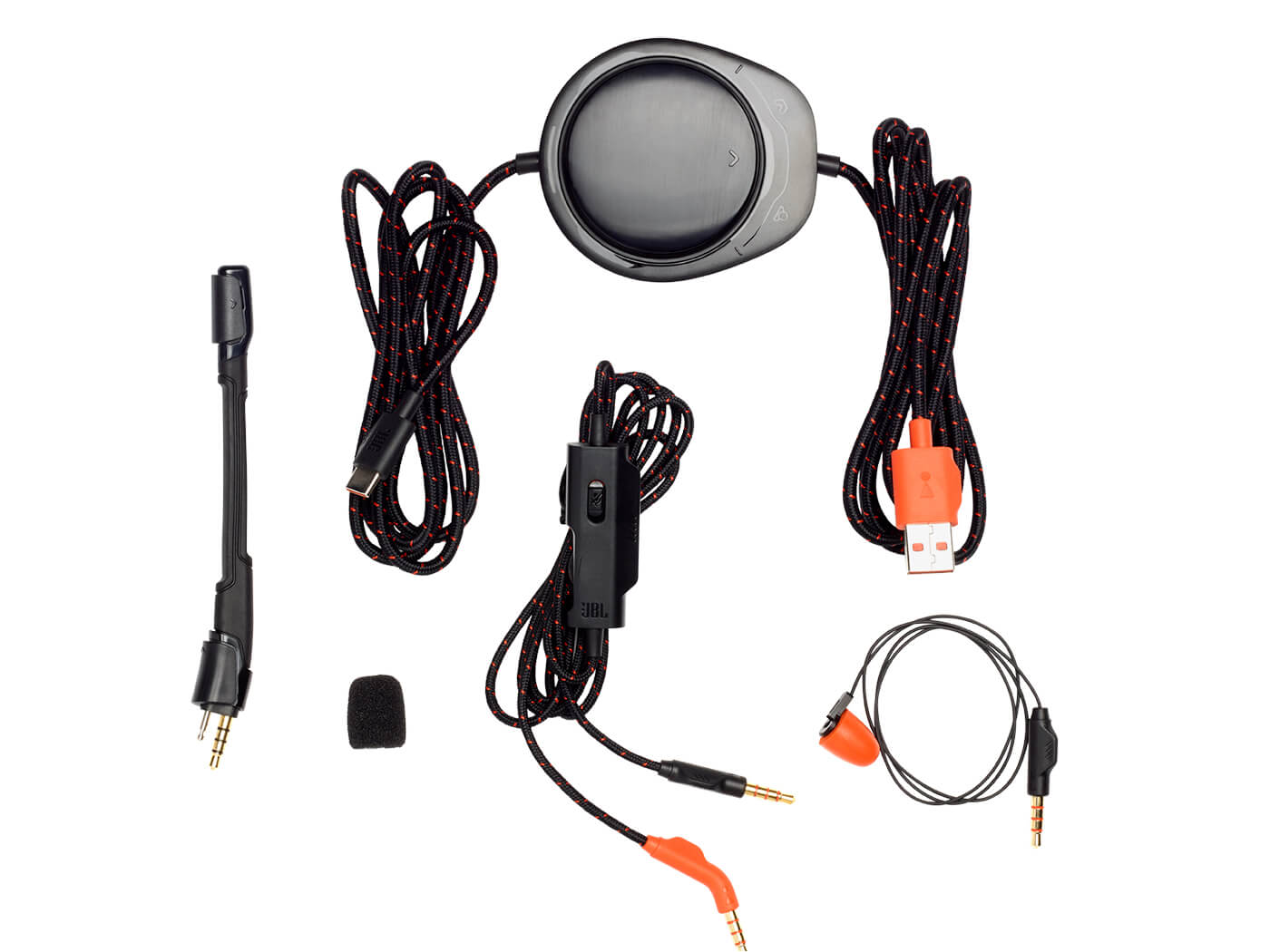 There’s noise cancellingm too, but only in USB mode with a PC and this adequately blocks ambient noise. The 50mm drivers have a frequency response of 20Hz – 40kHz and the headphones offer a reliable soundstage, with a fair balance of frequencies – even if the mid-range does feel a little lacklustre at points. Listening to music in regular stereo was decent, though there are better cans for less money if you don’t need the gaming features.

If you fit the exact profile – a PC gamer – these are a sensible buy, offering good, immersive surround sound with added extras such as head tracking that genuinely elevate the gaming experience. For anyone else though – console gamers, Mac users, mobile gamers – there are better options out there. The reliance on a Windows app to enable the interesting features means only people gaming on a PC will really feel the benefit. 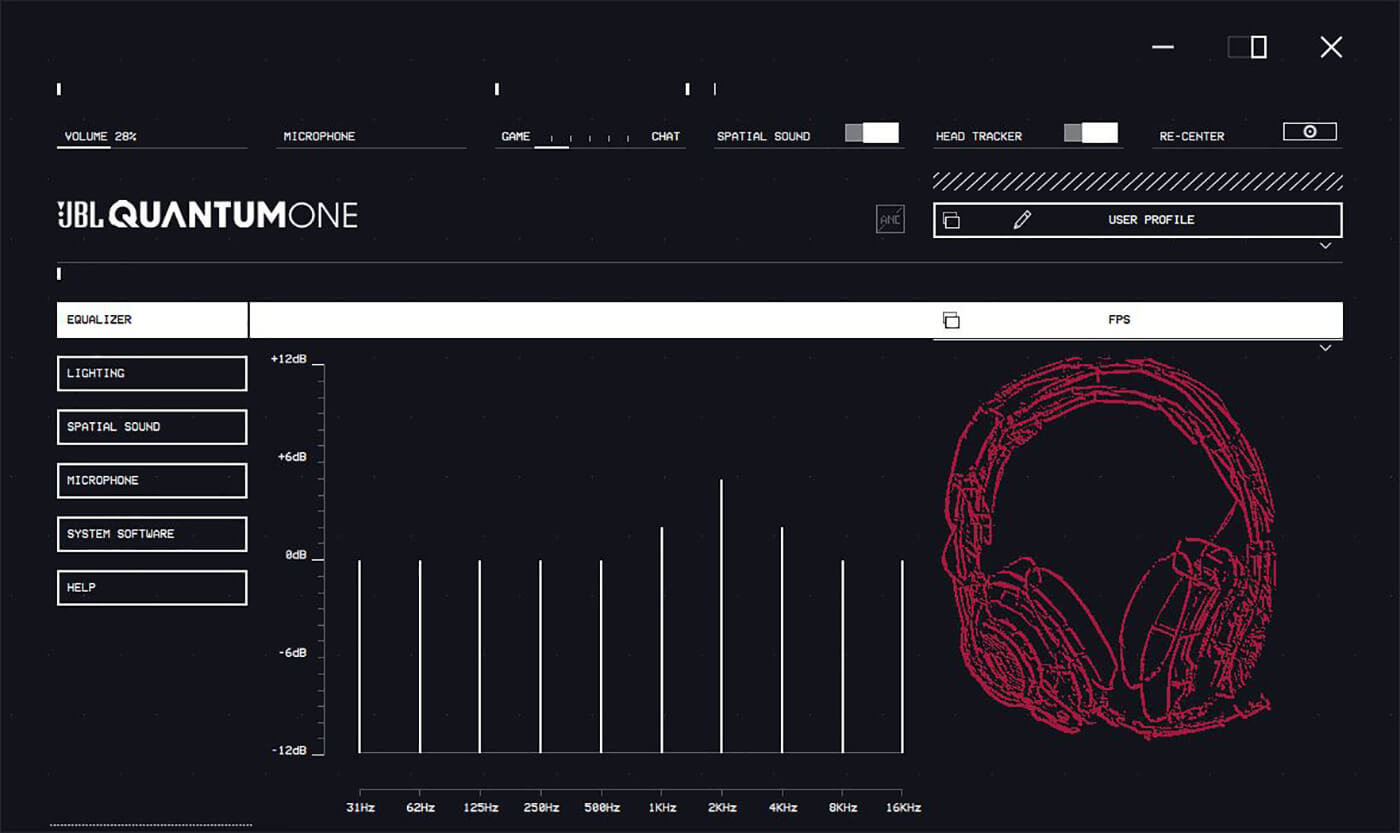