JBL Flip 6 portable waterproof speaker review: Punchy playback by the pool – and even when you’re in it

A highly portable Bluetooth speaker that goes loud and sounds vibrant, and it doesn’t matter if it gets wet. 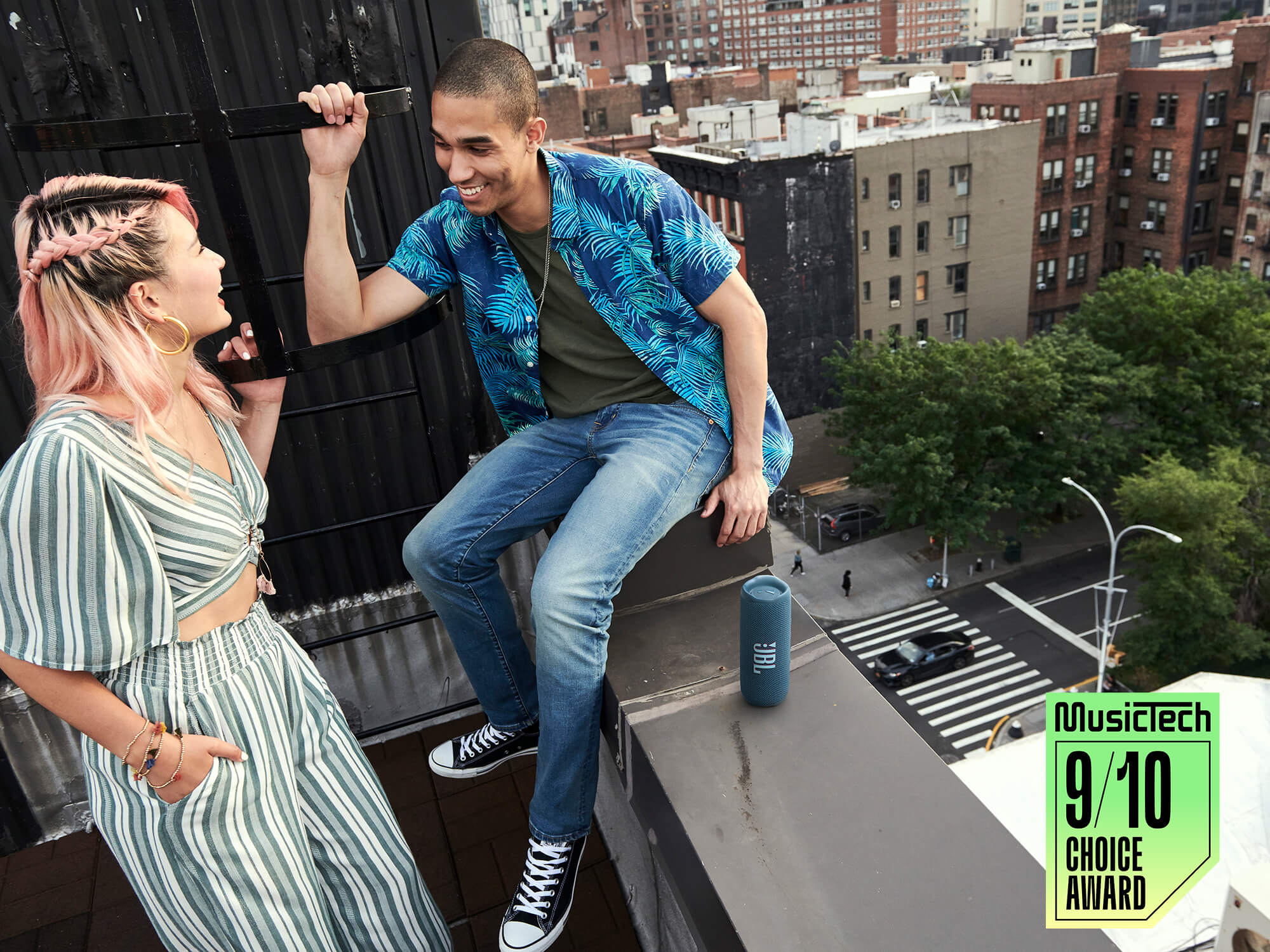 ⊖ 2.5 hours for a full charge is a little slow


Portable Bluetooth speakers have come a long way in the last few years – not just in terms of their sound but also in how many of them are waterproof. It might seem crazy that a device that moves air and has a battery could be fully waterproof. But here we are, with clever micro-mesh fabrics allowing air out but not water or dust in. The JBL Flip 6 is IP67 rated, just two stops short of the maximum level available, meaning it is protected from immersion in water of up to one metre.

Weighing a hair over 500g, it comes in four colours and feels solidly built while retaining all smooth edges and a slick design. It uses Bluetooth 5.1 and pairs easily, and the JBL Portable app for iOS and Android allows simple configuration of basic EQ and software upgrades, as well as displaying battery level. These options are more minimal than the company’s headphone apps provide, but the speaker has fewer features overall than many of JBL’s earphones. 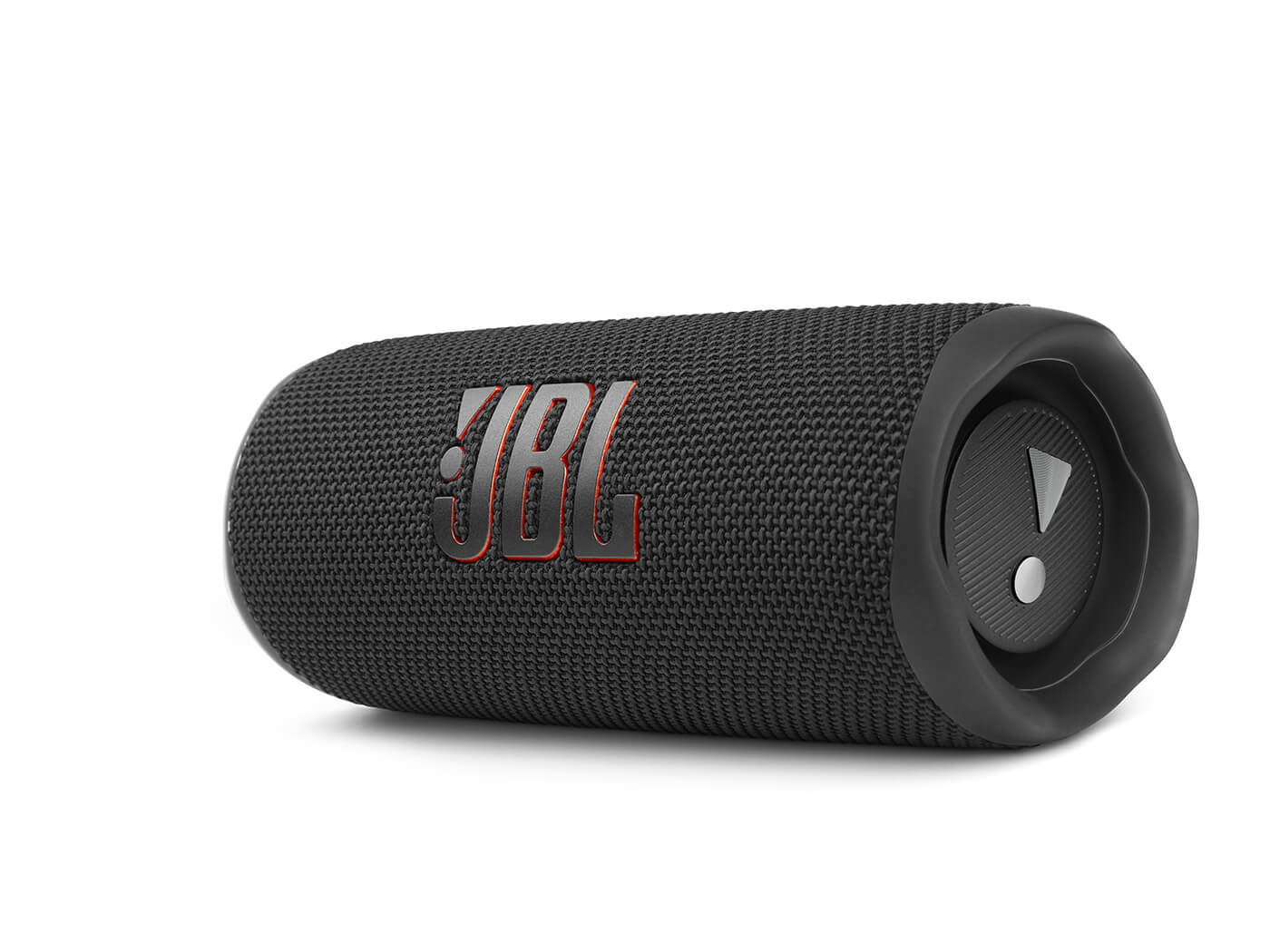 It charges over USB-C, with a cable supplied in the box, and offers 12 hours of playback on a 2.5-hour charge. A handy battery level light on the body gives you an idea of how much is left and a sound will play if water is detected in the charging port, prompting you to disconnect.

Other on-body controls include volume up and down, a play/pause button and a pairing button to activate PartyBoost mode, which pairs two compatible JBL speakers for stereo or more than two for multiple mono playback. Inside, there’s a racetrack-shaped driver and a separate tweeter, and at each end of the body are passive radiators that greatly enhance bass reproduction. You can actually see these vibrating when you start to crank the volume, and they offer a far richer low end than you might expect out of such a compact unit. 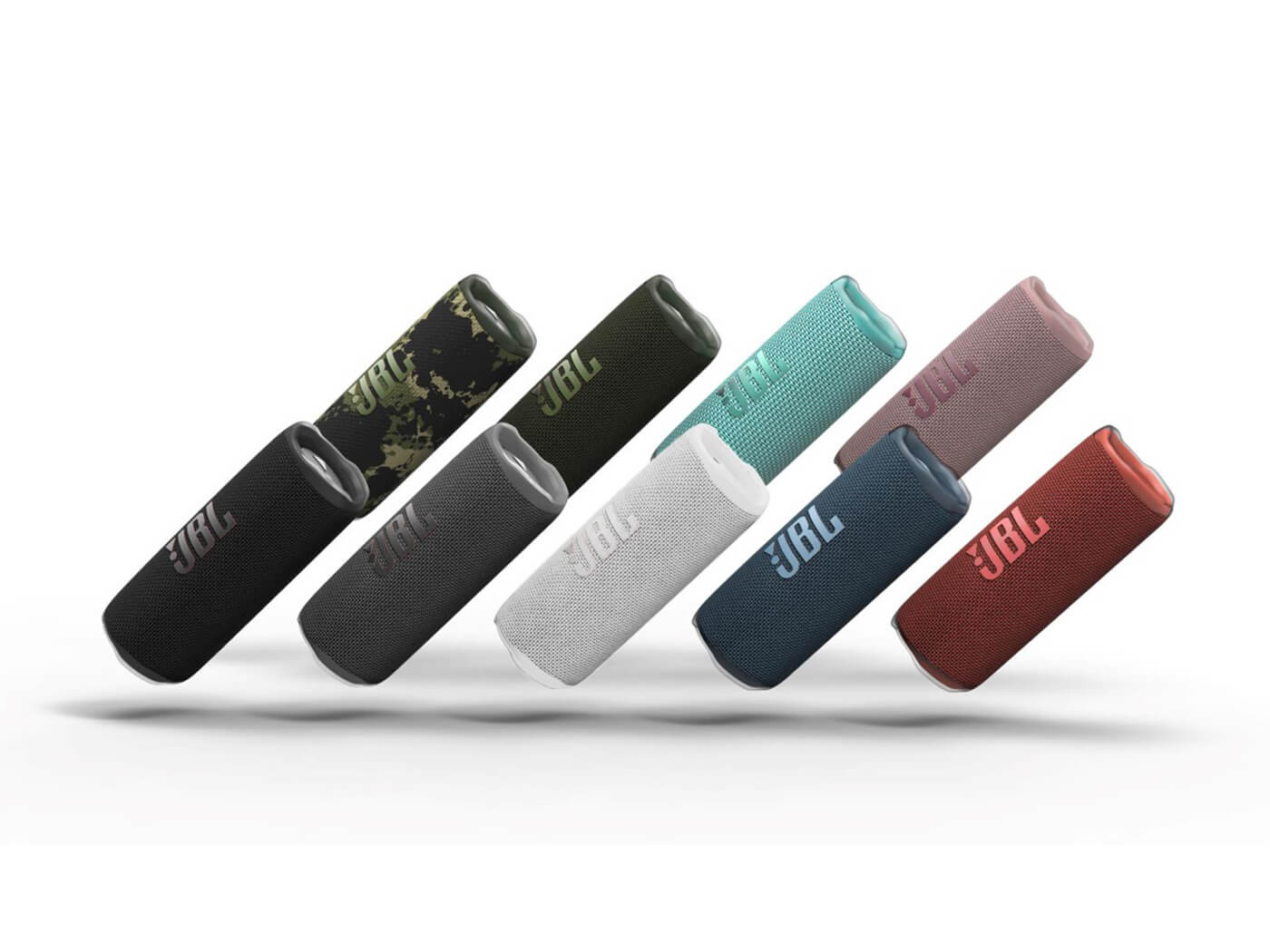 The main driver has 20W RMS power and the tweeter 10W. When pushed, the speaker can go astonishingly loud. At very high volumes, you do start to lose a little balance as the speaker is working harder. But at anywhere up to about 80 per cent volume, which is still really quite powerful, it delivers a crisp and punchy sound. It’s somewhat directional of course, so pointing the front at the people who are listening is the best approach. It also supports pairing with up to two devices at once so you can take turns with a friend, though naturally, only one device at a time can be playing back.

JBL makes some similar models –  the Xtreme 3 for £249 has a larger battery, power bank and more powerful amp but is heavier at 2kg; the Flip Essential at £60 has lower power and the older Bluetooth 4.1 though it does have an aux input. The newer Flip 6 is a solid combination of affordability, audio quality, waterproofing and battery life, which makes it an ideal choice for the majority of people who want their music to sound good on the road or by the pool.