Good Citations – Harman Kardon’s powerful and capable soundbar can sit in the middle of a 5.1.4 set-up and a multi-room audio system. 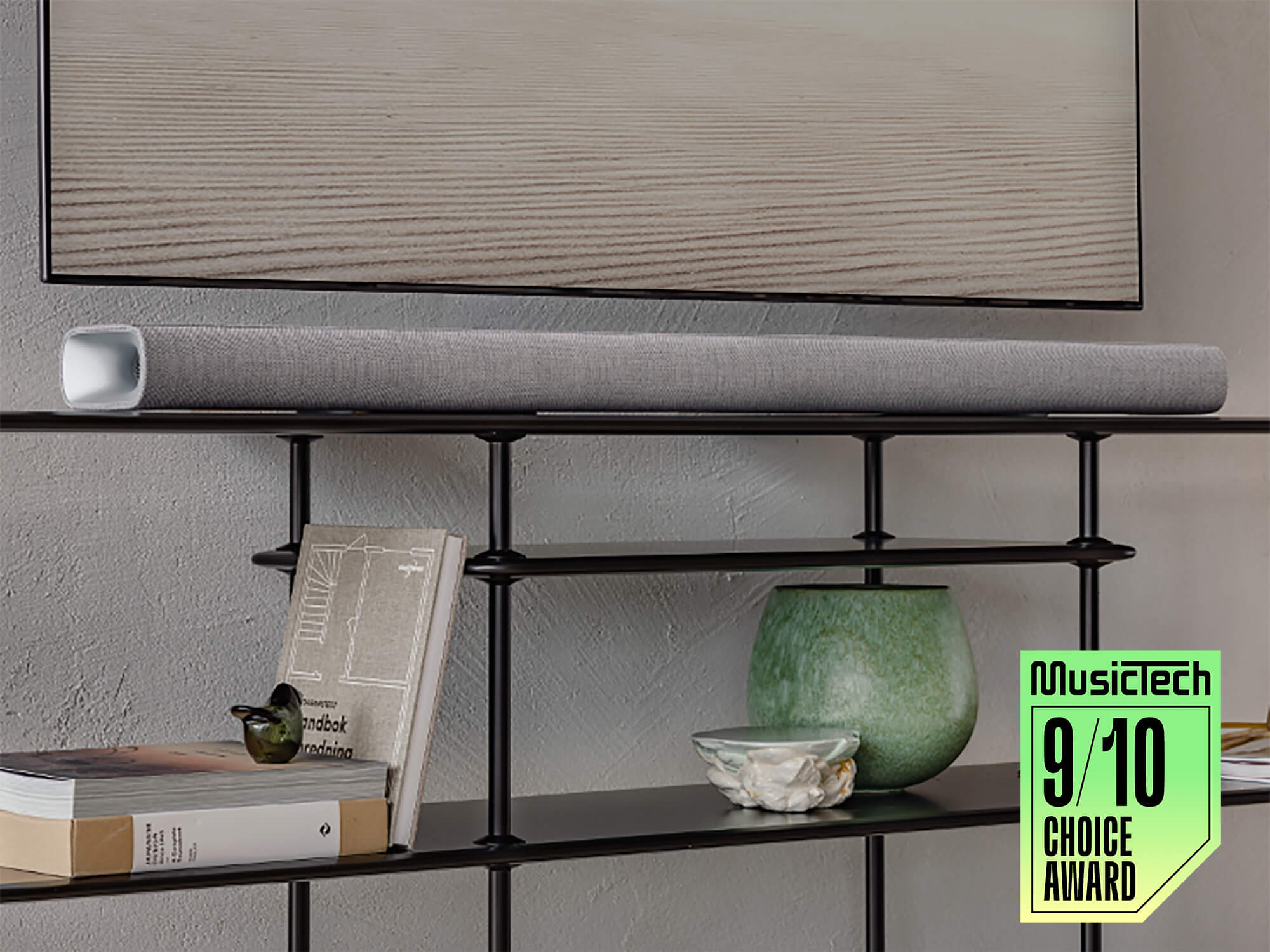 ⊖ Not cheap
⊖ Takes up a lot of room
⊖ No app

Boasting a combined 630 Watts of speaker power, it also squares up to big hitters like the Bang & Olufsen Beosound Stage and the Sennheiser Ambeo soundbar.

While powerful on its own, listeners interested in upgrading to a 5.1.4 system can add separate sides and a subwoofer. It’s also designed to integrate with the Citation ecosystem of multi-room smart speakers. Plus it works with Siri, Google Assistant, and Alexa voice controls, and it works with AirPlay, Chromecast, and Alexa MRM.

Regardless of the number of speakers you have dotted around your home, and whatever content you’re watching or streaming, Harman Kardon’s proprietary digital signal processing and speech clarification technology promises to create a spacious effect and project pristine dialogue in living rooms of all shapes and sizes. 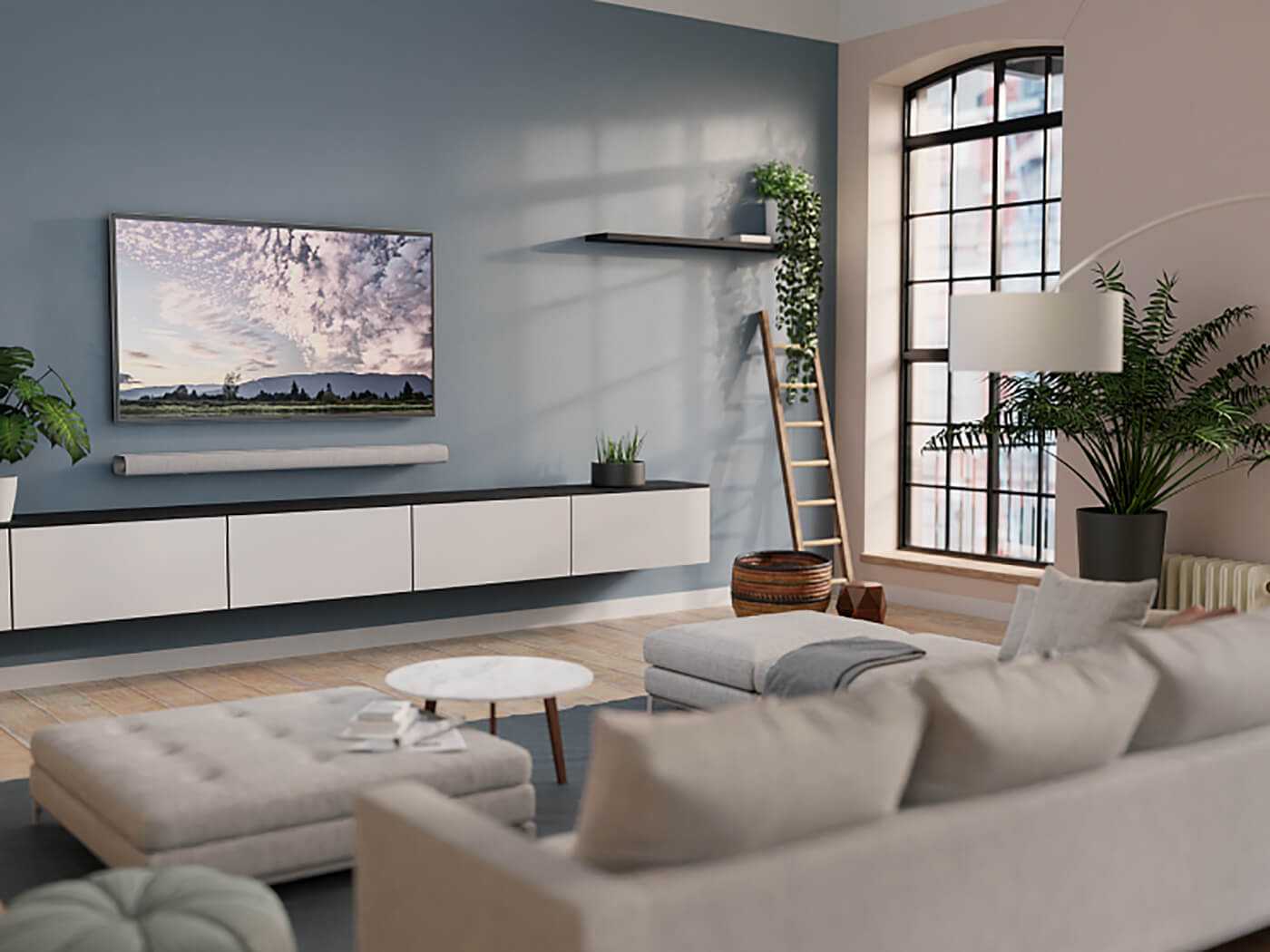 Packing 11 speakers into a 1.15 metre-long case, the Citation Multibeam 1100 is a big beast, wrapped in a Kvadrat fabric cover. Sitting in the centre of the Citation Multibeam 1100’s top side is an LCD touchscreen. At the back sits a collection of ports set into a recessed area, between two wall mount fixtures. Available in either black or silver and grey, everything looks very neat, tidy, and together.

Setting up the Citation Multibeam 1100 is relatively easy – plug the soundbar into whichever HDMI port on your TV features ARC or eARC, and you’ll be able to control the soundbar’s volume from your TV’s remote.

When you’ve got the soundbar connected and positioned where you want it, you’re free to start calibrating. This sees the soundbar playing a series of high frequency pulses to test for sidewall reflection, adjusting speaker levels accordingly. This process takes about 30 seconds.

From there, you’ll want to connect the Citation Multibeam 1100 to the Internet, which you can do directly using an Ethernet cable. If you’re nowhere near your router, you can use Google Home to connect via Wi-Fi. When everything’s connected, you’re free to cast content to the soundbar over Wi-Fi using AirPlay, Chromecast, Alexa Music, and Spotify Connect. For other services not directly supported, there’s also Bluetooth, but no aux, so you can’t wire in. 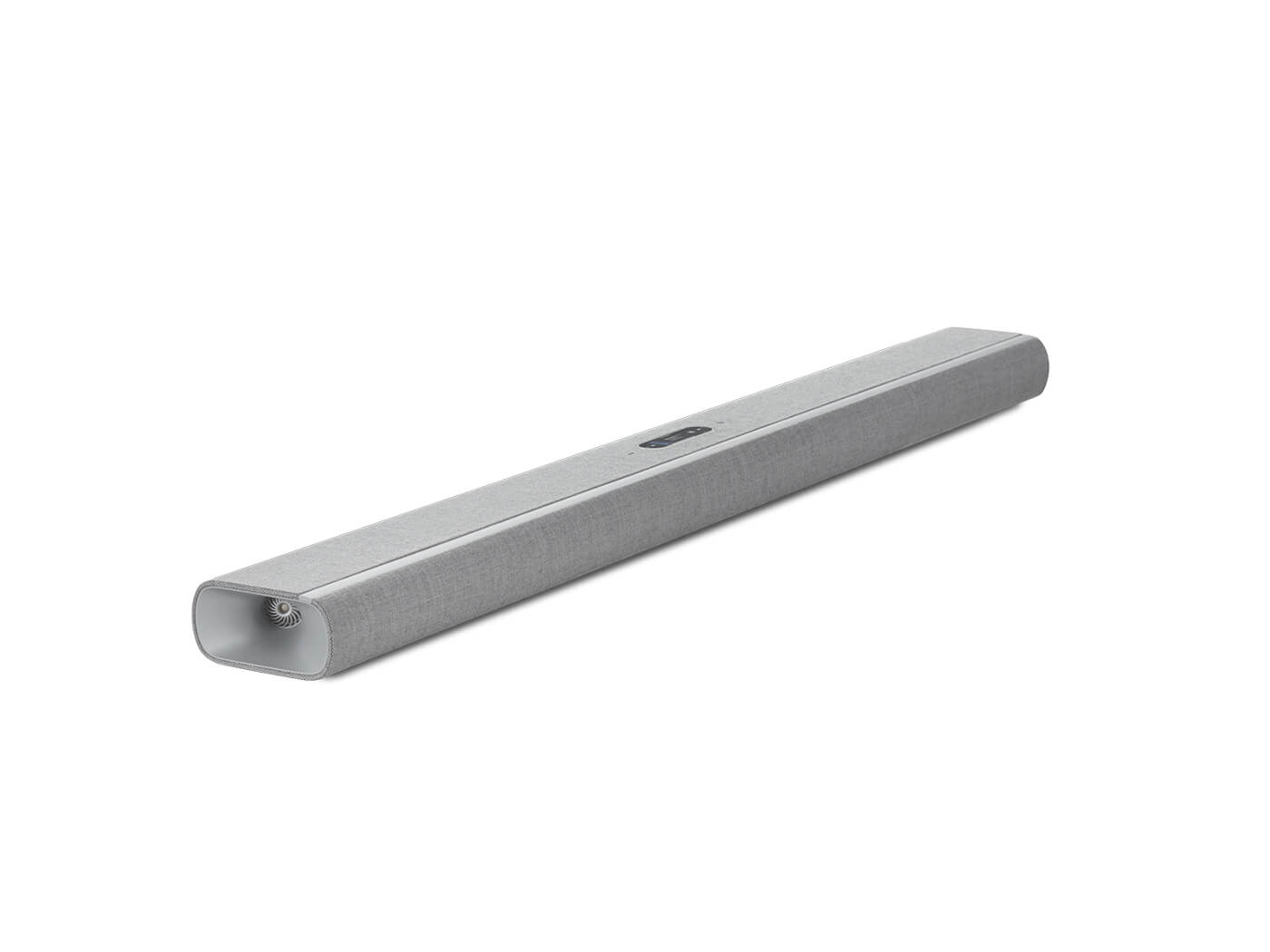 The Citation Multibeam 1100 is capable of reproducing a huge range of tones, and presenting sounds clearly at high volumes. Low end sound is particularly good, so good that you might be tempted to forgo a subwoofer. The frequency response ranges from 52Hz – 20kHz, comparable to what you get with the much larger Sennheiser Ambeo and Beosound Stage.

Bass-heavy tracks I played for testing included Soul Coughing’s Uh, Zoom Zip, Radiohead’s The National Anthem, and it was great to be able to hear, in both cases, plenty of separation between all of the other instruments and vocals in the mixes.

Even at high volumes, nuances of Sebastian Steinberg’s upright playing on the former track, like bends and rattling open strings had good definition. Things north of the 80% volume tend to lose definition, especially if you’ve raised the bass level to the max, but frankly, unless your living room is huge, you’ve little business of having a 630 Watt soundbar on 100% volume at any time.

It’s not just about raw power. Little details like the reverb trails on the vocals and guitar lines from LoneLady’s Bunkerpop and the ghostly burbling synths on Talking Heads’ Once In A Lifetime stood out clearly from everything else going on, and the subtle vocal articulations and percussive hits of Holly Cole’s Train Song were as clearly presented as the walloping bassline. 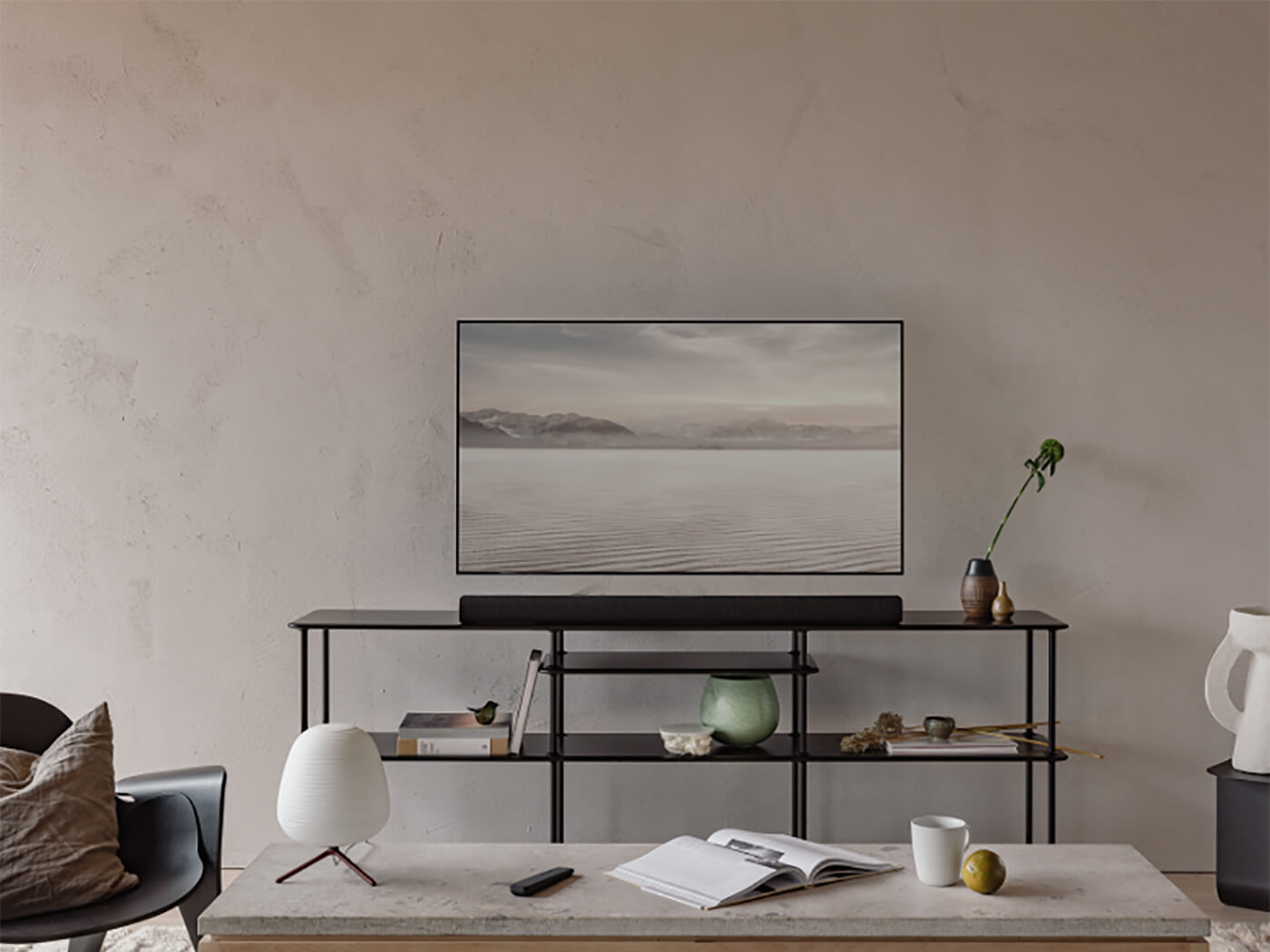 Whatever you’re listening to, you can raise and lower bass and treble by increments of two from the remote, and it’s generally easy to get things sounding how you want.

For when you’re watching movies, the remote also lets you pick from three levels of Dolby Atmos enhancement, which changes how high the soundbar will project sound, depending on your ceiling’s height. You can also toggle ‘smart surround’, though you’ll want to keep this turned off for things like news and weather forecasts.

By default, the dialogue enhancement PureVoice setting is turned on. Subsequently, dialogue in TV shows, from Disney+’s Only Murders in the Building to NHK World news reports were always prominent, however else everything was configured. PureVoice enhancement is more noticeable in movies with Dolby Atmos tracks, like Dune and Crouching Tiger, Hidden Dragon, where fight scenes and clashing swords are never far away.

The crawler rescue scene in Dune features lots of voices, some off-screen, some talking through radios, and demonstrates well the Citation Multibeam 1100’s abilities – it’s easy to distinguish between the many voices, despite the rumbling of engines, an approaching sandworm, and Hans Zimmer’s booming soundtrack, all taking up space in an impressively wide and tall soundstage. Likewise, the Yellow Hill fight scene from Crouching Tiger is easy to follow, thanks as much to accurate off-screen placement of thrown weapons adding to the sense immersion as the clearly presented dialogue. 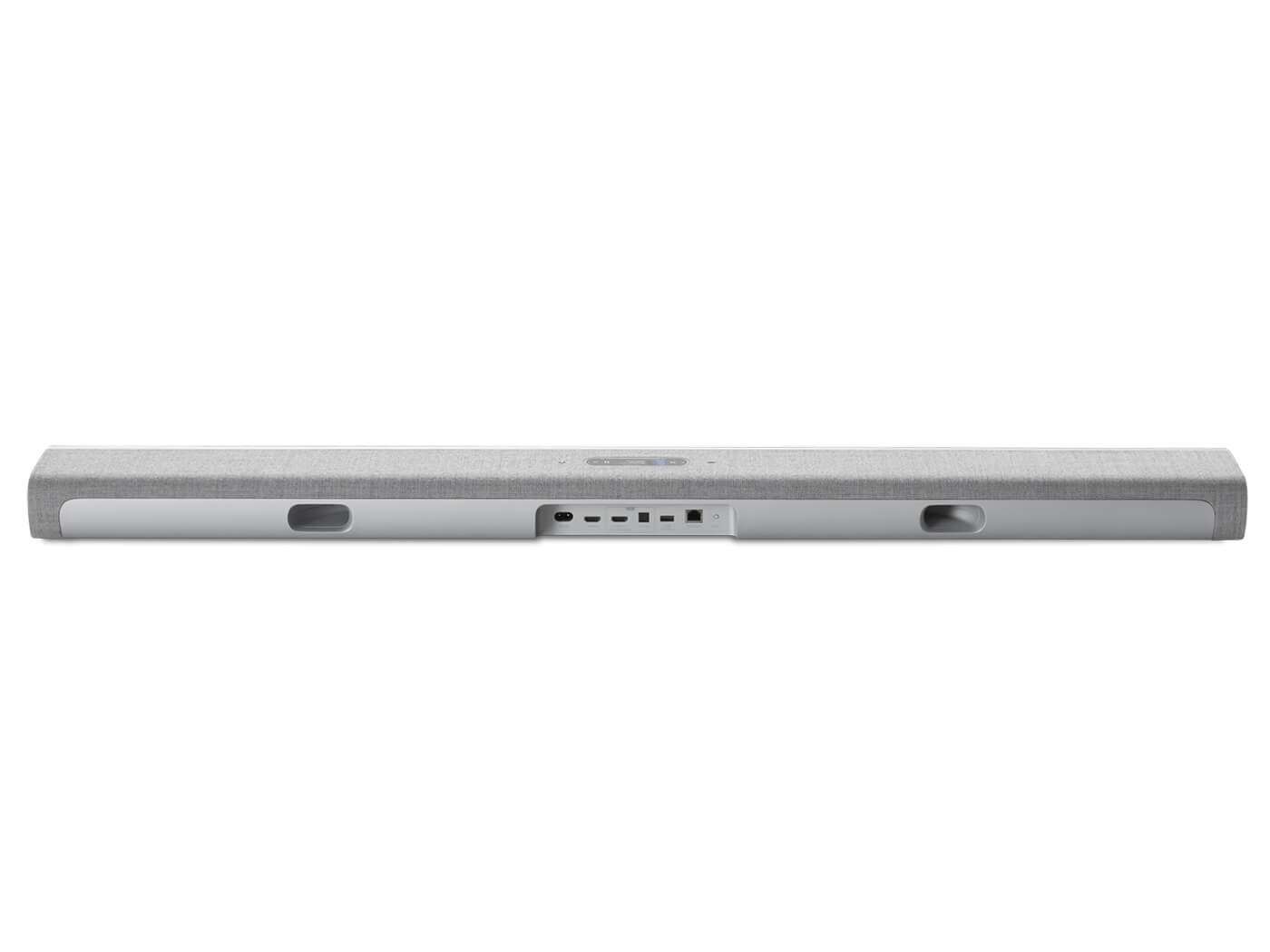 Without PureVoice, that prominence and separation just isn’t the same. Consequently, those busy scenes sound flat by comparison. Oddly, there’s no way to toggle PureVoice from the remote, perhaps just as well, as I can see no reason to turn it off. However, there’s no shortcut to the more useful night mode, which lowers bass levels at high volumes, on the remote – you need to toggle it from the LCD display.

That’s the only real gripe about the Citation Multibeam 1100. The remote doesn’t map all of the key settings you can find from the soundbar’s control panel, and as there’s no dedicated mobile app, well, you’ll be getting up off of your couch perhaps more than you’d like.

It’s a premium product, and therefore commands a high price – £899. If you want the full 5.1.4 experience, then a pair of Citation Surround speakers costs £400. The cheaper of the two subwoofers, the Citation Sub S, is £300, with the more powerful Citation Sub costing £700. That comes to £1599 in total for the cheapest configuration, and £1999 for the most expensive. That’s comparable to what you’d pay for a Sonos Arc, plus extra speakers. The two soundbars both offer a great experience, and similar functionality.

I’d say that the Sonos S2 app makes things easier to control, but on the other hand, support for AirPlay and Chromecast means that it’s not hard to stream your own content on the Citation Multibeam 1100. I’d also prefer more control over the soundbar’s settings from my phone, but it’s not the end of the world. Plus, at the time of writing, calibration of Sonos soundbars is only possible via iOS devices – calibration of the 1100 doesn’t rely on you having an iPhone. The Citation Multibeam 1100 also doesn’t feel as powerful as the Sennheiser Ambeo or Beosound Stage, but then again, those devices are huge, and significantly costlier. 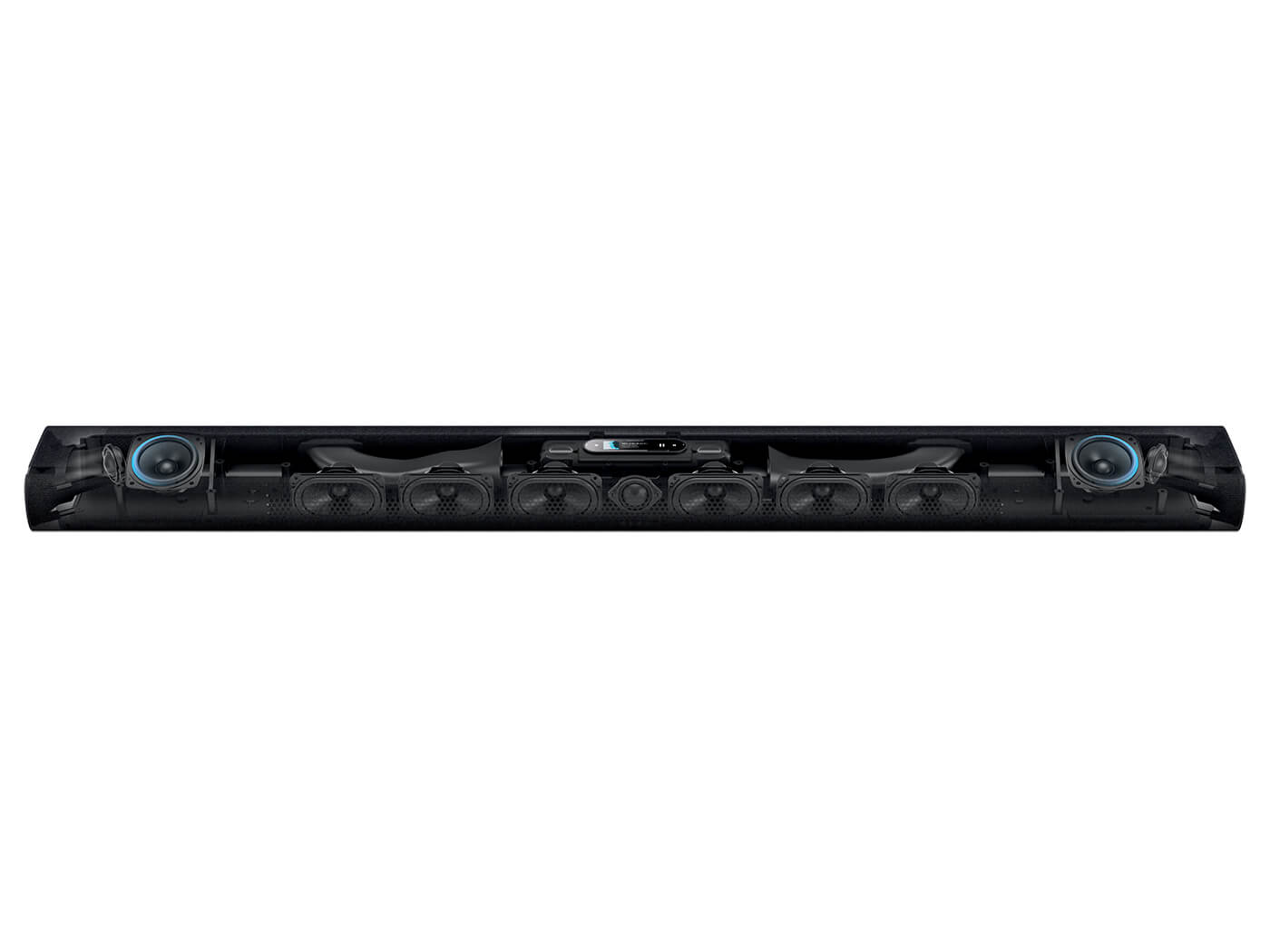