They’re designed for gamers but do the E5000 headphones have more to offer other users? 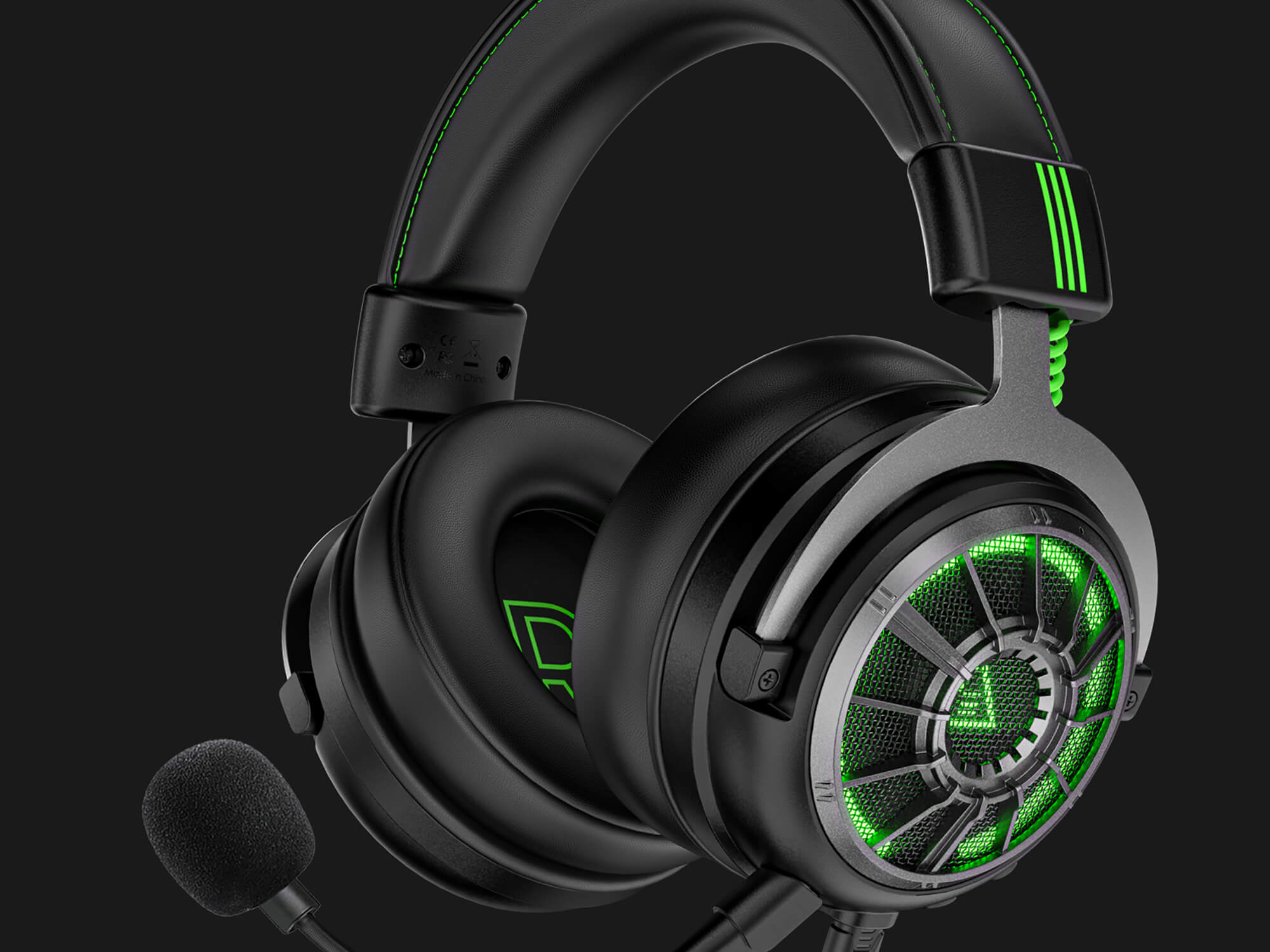 From the company that brought you the Air Joy Plus comes a new pair of lightweight gaming headphones at an accessible price. The Star Engine E5000s can be picked up for a remarkable £49 – but EKSA has had to make compromises to arrive as such an attractive cost.

Gaming headphones are usually worn for long periods of time, which means comfort is of supreme importance. The E5000s are a pleasure to wear with their soft over-ear pads. Flexibility is crucial too, and these cans feature a USB-C port, and come with a USB-C to USB-C cable, USB-C to USB-A cable for older hardware, and a USB-C to 3.5mm cable for regular headphone ports.

As with the Air Joy Plus headphones, if you’re a Windows user you’ll have to install an EKSA application and driver to access the E5000s’ surround-sound capabilities. If you’re a Mac user, you’re out of luck. While it’s true that more Windows machines are used for gaming than Macs, people watch movies in surround on Macs and increasingly mix music that way too. It cannot be beyond ESKA to put out a Mac version of the surround driver. Remember that this limitation also excludes all consoles, hardly a small portion of the gaming market. 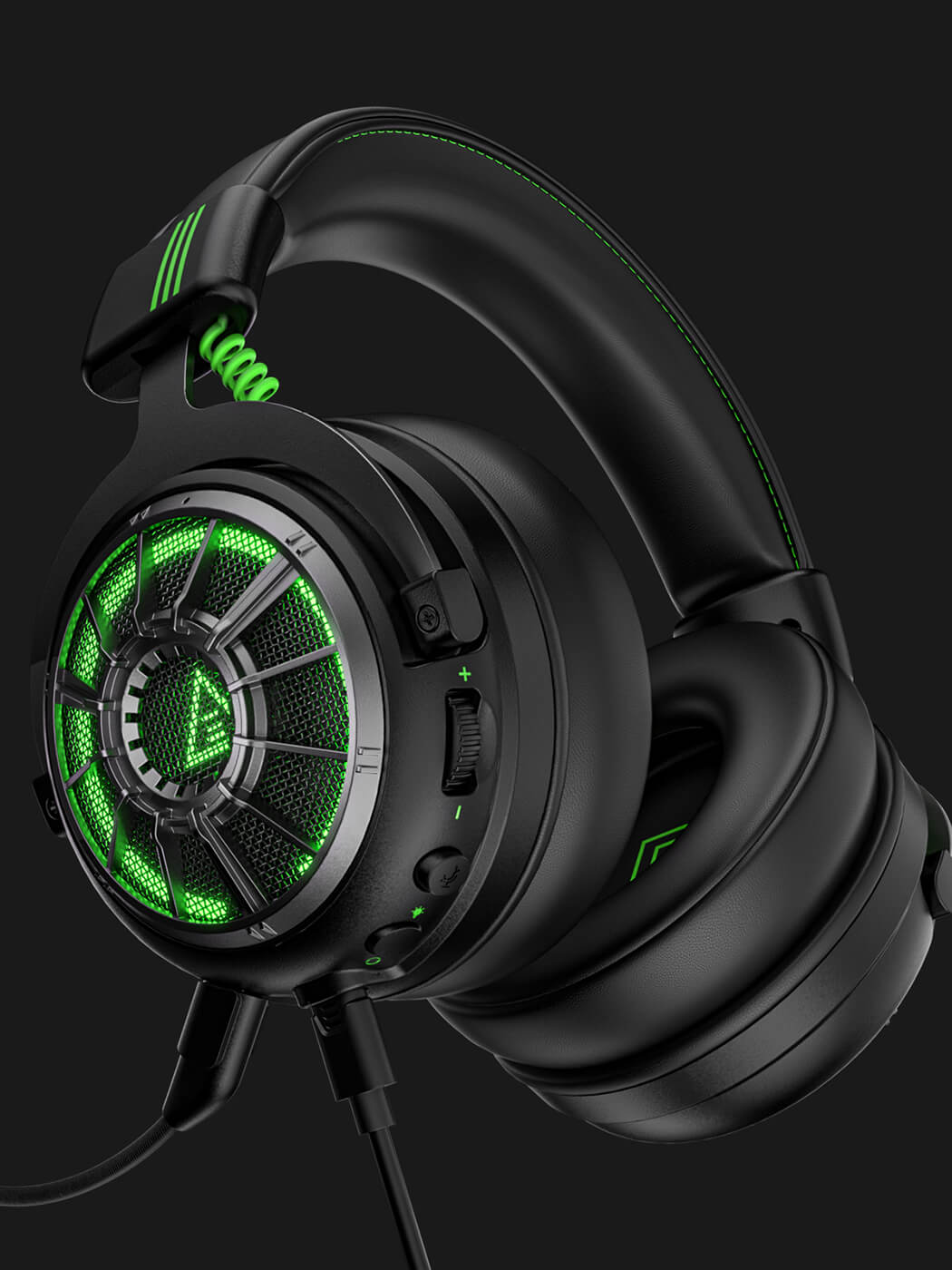 It’s a shame, because the surround sound is superb and the software powerful. You get a multiband EQ, as well as a bunch of presets and a 7.1 surround Speaker Shifter that lets you manually move the virtual speakers in virtual space. The E5000s’ surround-sound effects greatly enhance the gaming experience, with ambient wind, footsteps, voices and other sounds coming from all around us, aiding in-game immersion.

There’s a detachable microphone that works well and provides clear voice quality both for gaming and for making calls. There’s no mic volume control on the body but this didn’t prove a problem, as levels seemed fine. A second small microphone built into one of the cups is used for noise and is pretty effective, though it struggles with higher noise levels from traffic through an open window, for example. 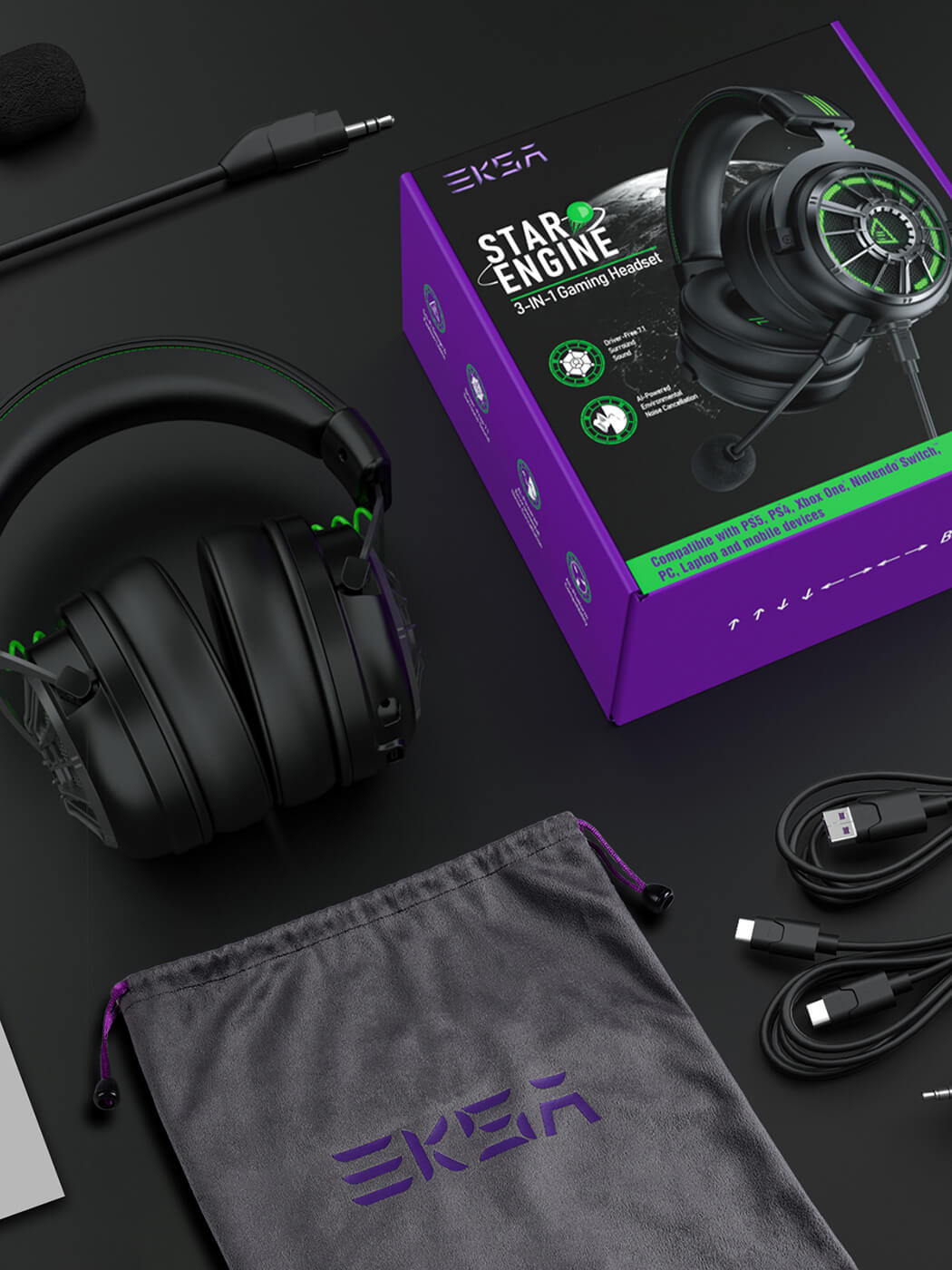 The headphones work in standard stereo mode, which means you can use them for listening to music on any device. Sonically, they are decent, though it’s important to remember their price here. The 50mm drivers have a frequency response of 20Hz-20kHz and sensitivity of 112dB, but stereo music playback is a little lacklustre. The high end is somewhat dim and mids get lost on some tracks. The low end is fair but never feels like it has a lot of energy, even with songs that feature strong bass.

Game sound fares better, perhaps because it’s more flattering of less accurate reproduction when used in surround mode. Audio in games is often designed to jump out at the player or rumble away in the background, unlike the carefully mixed stereo of commercial music tracks. As such, the E5000s perform better as gaming headphones than they do for music.

But you wouldn’t expect audiophile performance for £50, and it’s not fair to compare these to headphones that cost four times their price. But if you are buying the Star Engine E5000 headphones for their surround-sound gaming performance, they represent a real bargain. 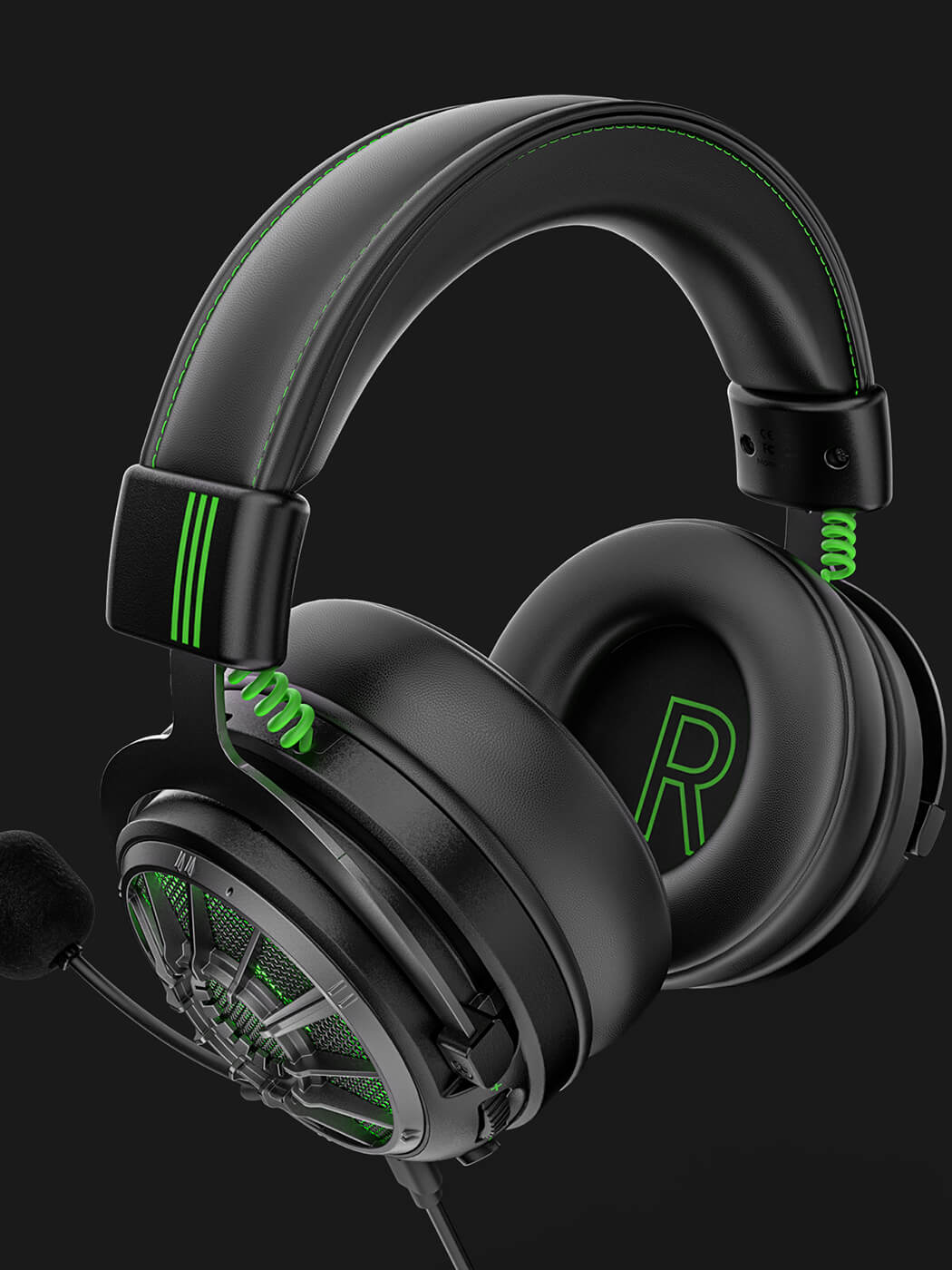