Does Bose’s big and bulky speaker bring the party – wherever you are? 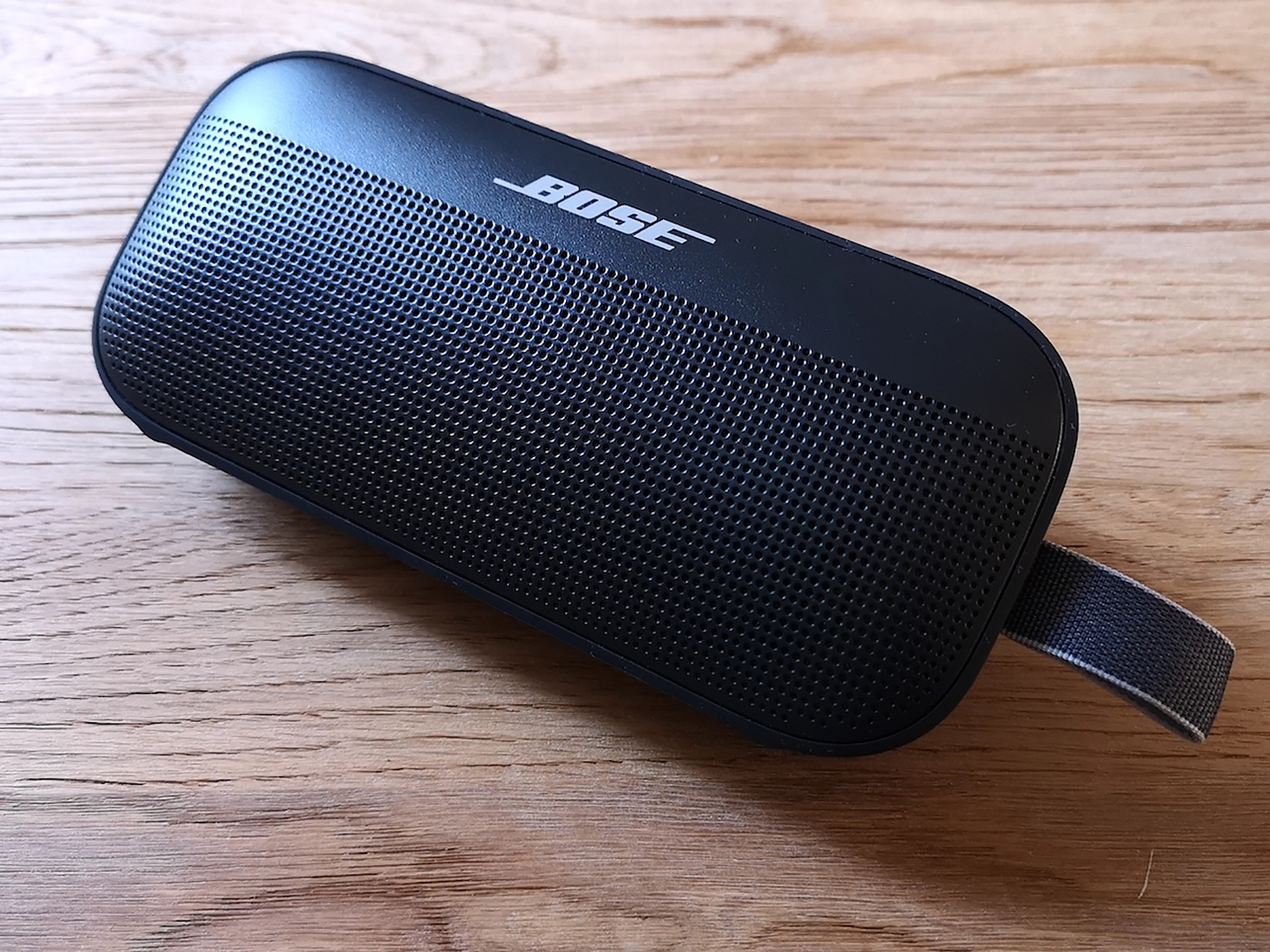 The Bose Soundlink Flex is a mono Bluetooth speaker made to sit on your desk but portable enough to be a sonic companion on your journeys – Bose uses hiking expeditions as a shining example of its compact design. The US brand promises that the IP67-rated Soundlink Flex will keep playing come rain or shine.

When you’re not out rambling, the Soundlink Flex can be paired with other Bose speakers, including soundbars such as the Bose Smart 900. You can also pair one Soundlink Flex with another to create a wireless stereo system. 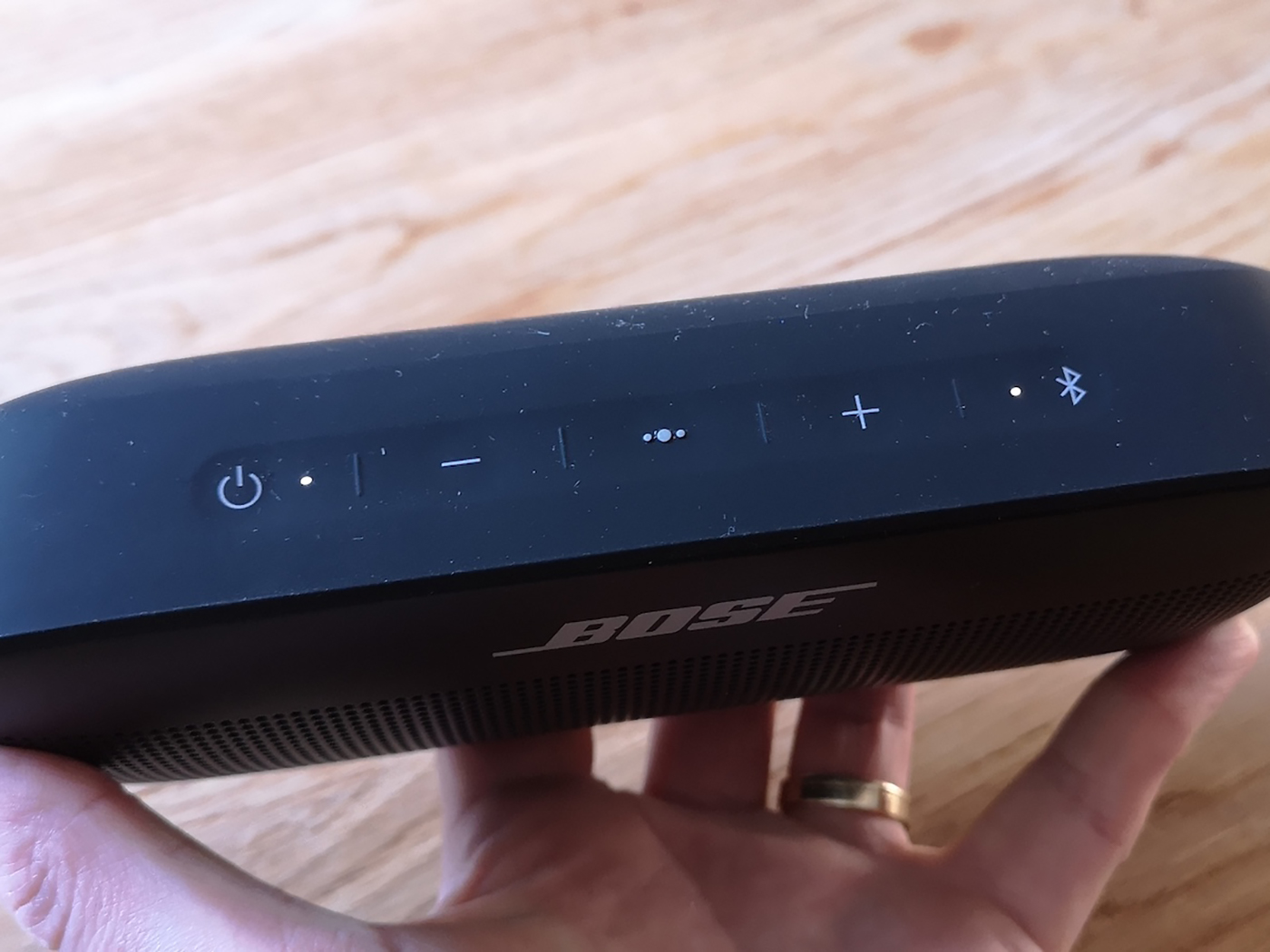 The Soundlink Flex features two steel grilles, one on the front and one at the rear. The main speaker and a passive radiator sit under the front, while a second radiator projects low-end noise from the back.

The rest of the speaker’s body is coated in silicon, making it easy to grip and operate with one hand, despite its size. A strip of controls sits across the top, featuring power, volume up and down, a multi-function key, and Bluetooth.

The multi-function key acts as a play and pause control, and can also skip forwards and backwards with a double- and triple-tap, respectively. While this mostly works well, it’s not difficult to accidentally skip the track in the wrong direction.

This key also lets you control the Soundlink Flex via Siri, Google Assistant or Amazon Alexa, and will let you answer and end calls.

There are no physical connections on the device besides the charging port. You can charge a Soundlink Flex from flat in about four hours – it took us three hours and fifty minutes in testing. 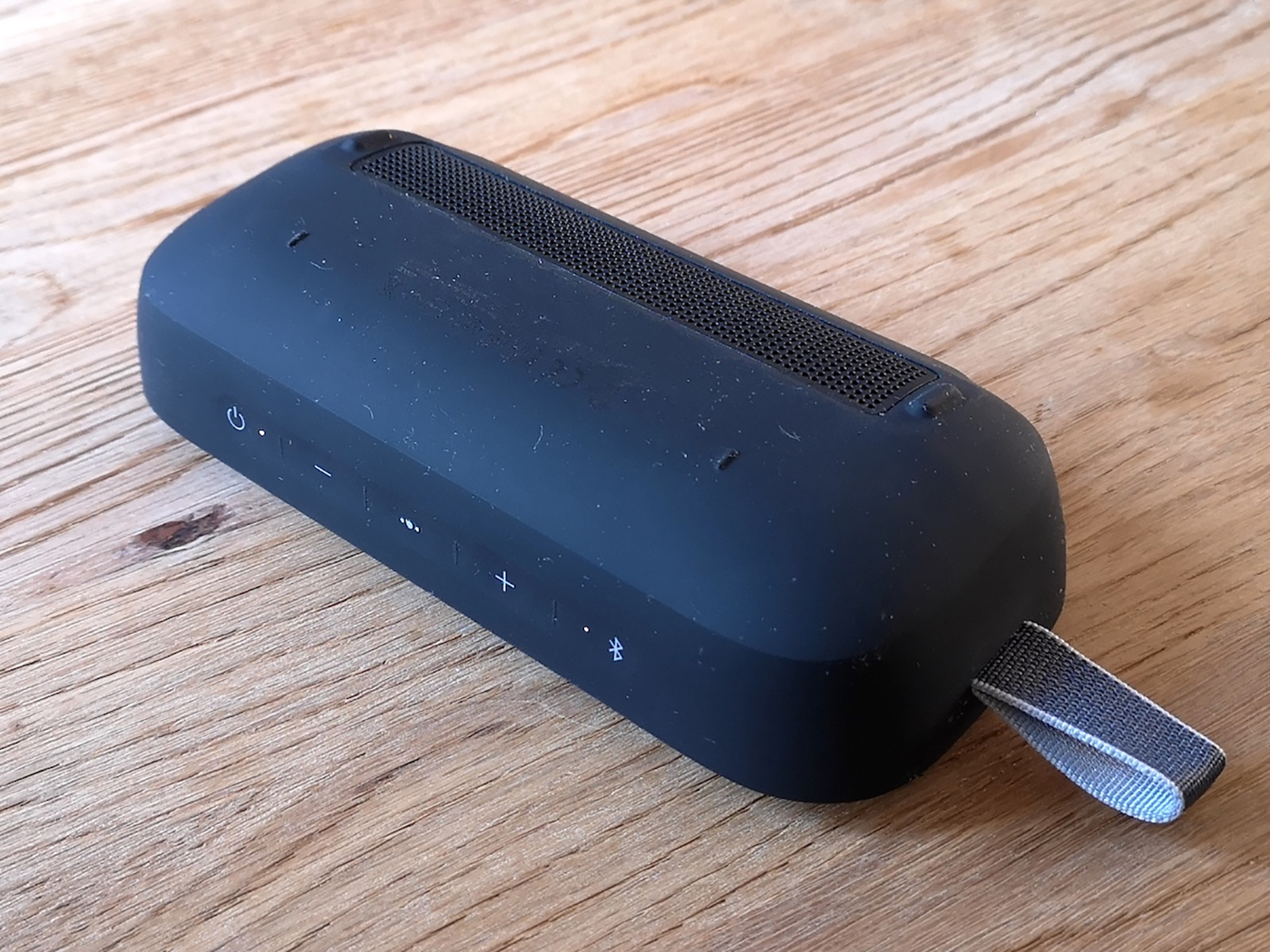 The Soundlink Flex can be set up and used as any Bluetooth speaker might – just press the Bluetooth key on the device and pair in the usual way. If you want to integrate this with other devices in Bose’s SimpleSync ecosystem, you’ll need to download the Bose Connect app. This lets you set up stereo pairing and Party Mode, a multi-room feature. Otherwise, the control you’re afforded is pretty basic – rudimentary music controls and a battery gauge but no virtual EQ and no presets, which you’d hope for from a dedicated app.

Bose hasn’t published any information on wattage or frequency range but we’re impressed with the overall clarity of the Soundline Flex’s output, even at high volumes.

Bass-heavy tracks such as Massive Attack’s Angel and Sleep’s Dragonaut sound huge. Even songs with little bass benefit from the extra definition. We can actually hear Tony Levin’s bass playing on Anderson Bruford Wakeman Howe – an album up there with Metallica’s And Justice For All… in terms of bass being too low in the mix – so that’s a plus in this writer’s book.

The Soundlink Flex is a mono speaker, and the limitations of this are apparent when playing any stereo test video on YouTube or, for example, a stereo mix of Pink Floyd’s Money – those rattling coins and cash registers just don’t bring the ker-ching like they should.

Despite its outdoorsy credentials, the Soundlink Flex is best used at home, mainly because when the speaker is set up on a desktop, sound from the rear-facing radiator bounces back up wonderfully. When carried around with you or placed on grass, some of that low-end wallop will be lost, but the sound quality remains high nonetheless. 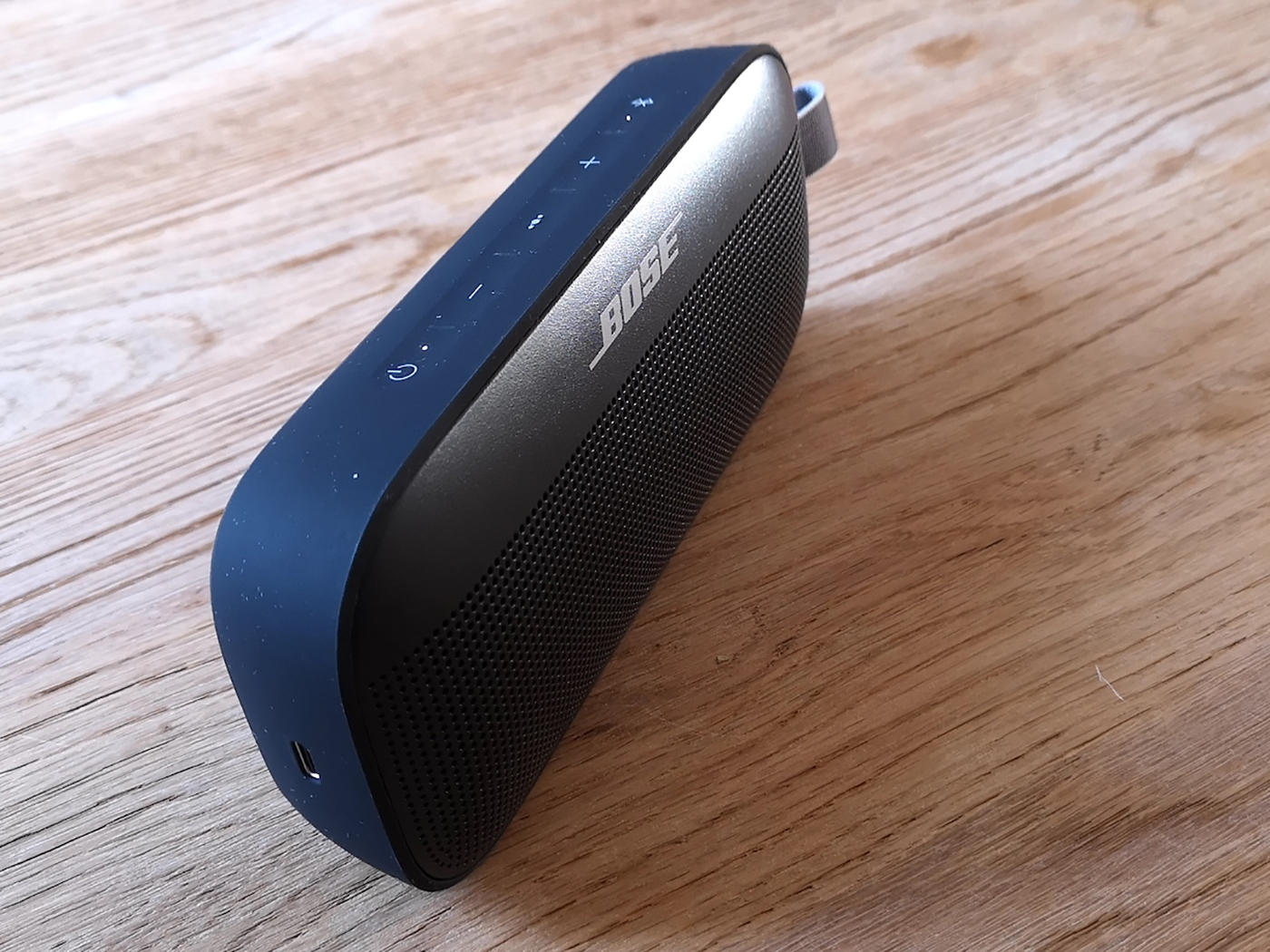