Doubling comfortably as an entertainment centre and office assistant, the Beyerdynamic Space is an interesting proposition for home workers. 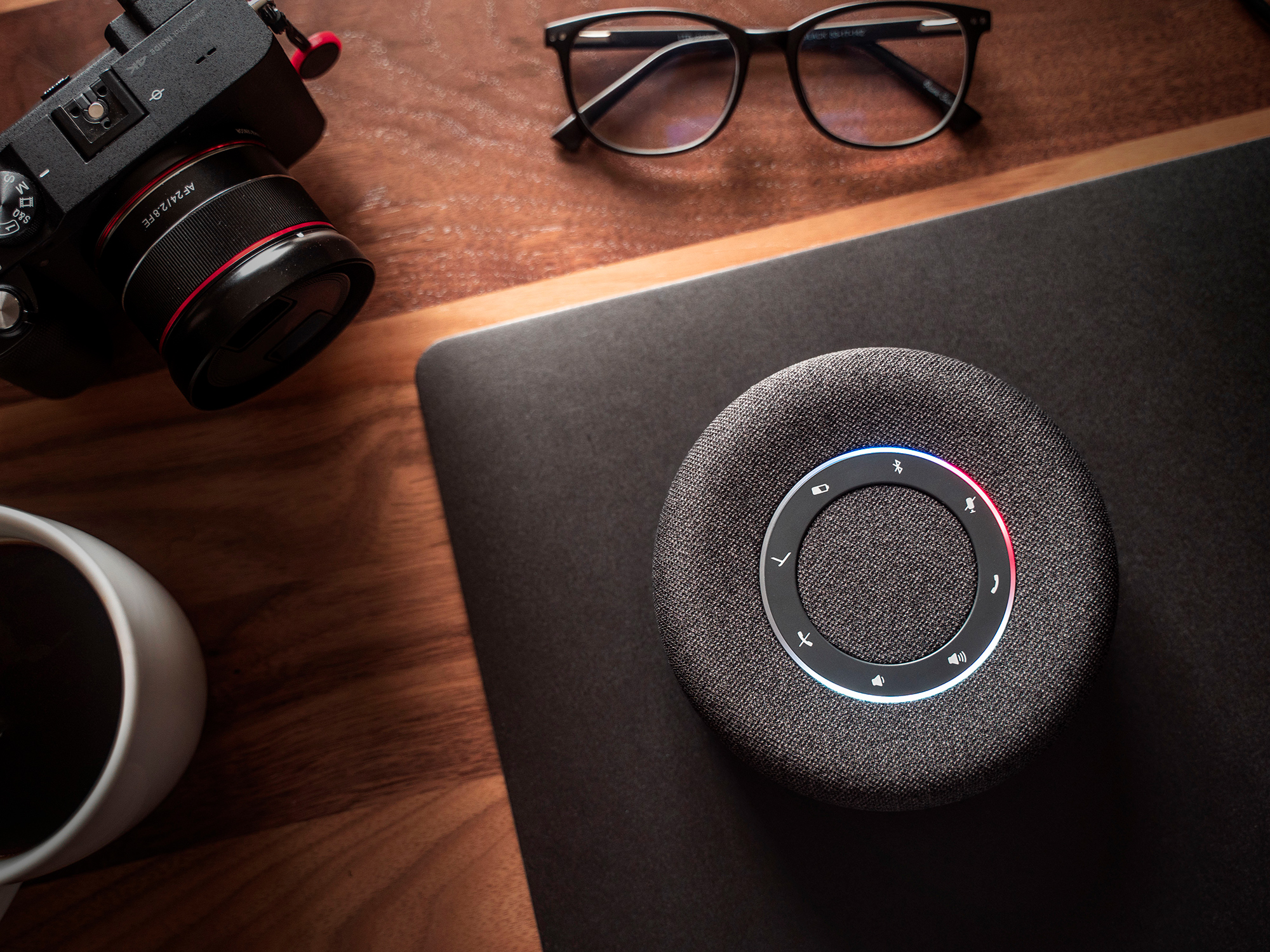 The Beyerdynamic Space is a squat cylinder-shaped portable Bluetooth speaker. Space-efficient and lightweight, this UFO-like speaker is designed to be carried around, perched on desktops, or be wall-mounted. It boasts 20 hours of playback, and charges from empty to full in around two and a half hours via Type-C USB.

Priced at €179, which converts to around £150/$195 at the time of writing, the Beyerdynamic Space is a hair more expensive than some Bluetooth speakers of a similar size. That’s because it’s not just for streaming music – it can be used as an exterior speaker for taking calls, and has been optimised for Microsoft Teams and Zoom calls. One Space can also be paired with another to form a wireless stereo system.

Four microphones means that the Space is well-equipped to pick out your voice, with signal processing software trained to detect and cut out echo, reverb, and other background noise. If your work-from-home set-up thus far has been plagued by either yourself or your colleagues not coming through on calls clearly, the Space could be the magic bullet. 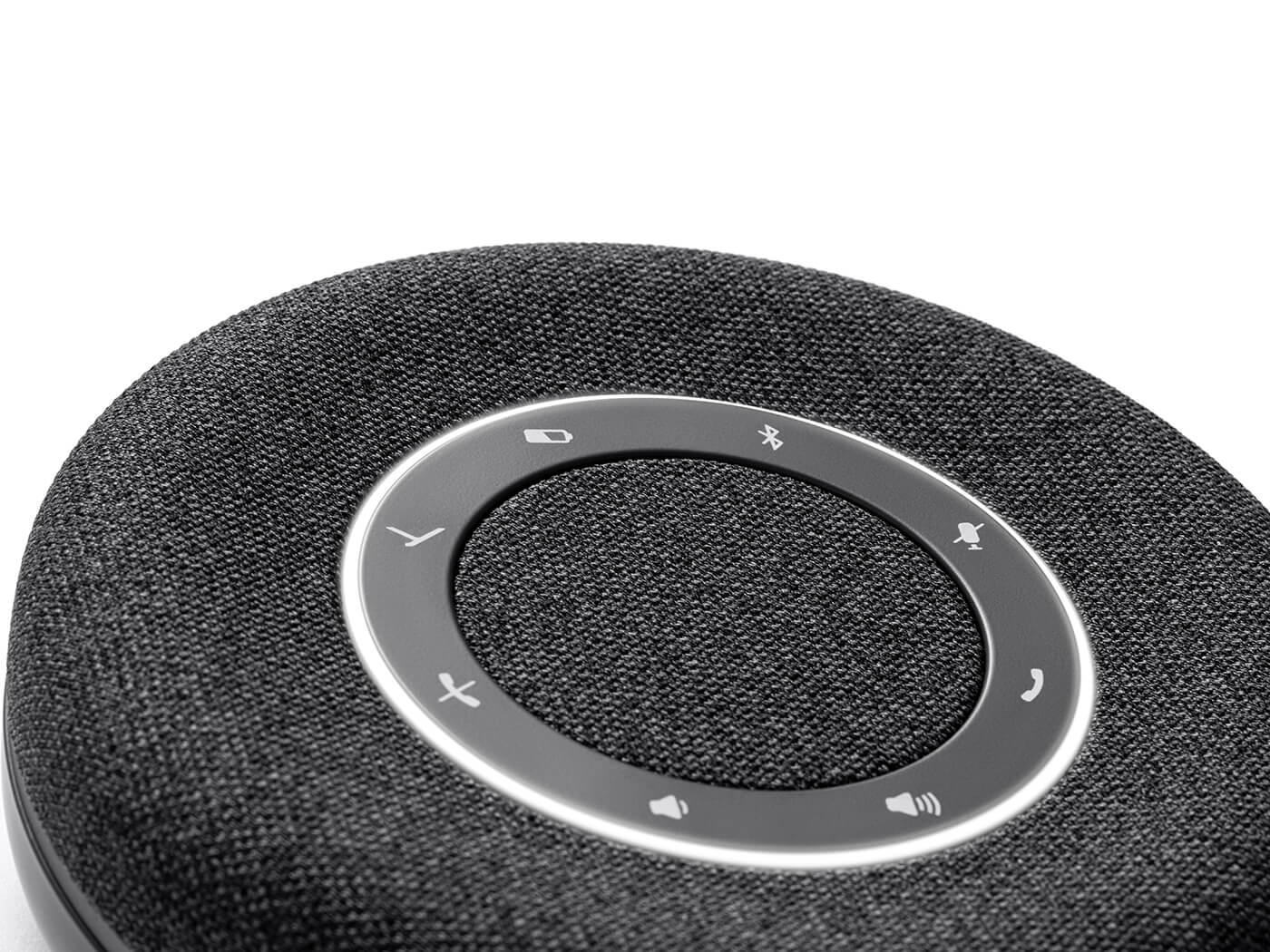 Around the edge of the control ring is a circular LED strip that tells you like how far you’ve cranked up the volume, whether a device is paired via Bluetooth, and if the mic is muted. In addition to these visual status cues, the Space also features voice prompts. When you turn it on, the Space tells you how much power is left (“Battery: 80 per cent,” for example) as well as when a Bluetooth connection is established (“Your device is connected”). Prompts are turned on by default, but they can be easily silenced. 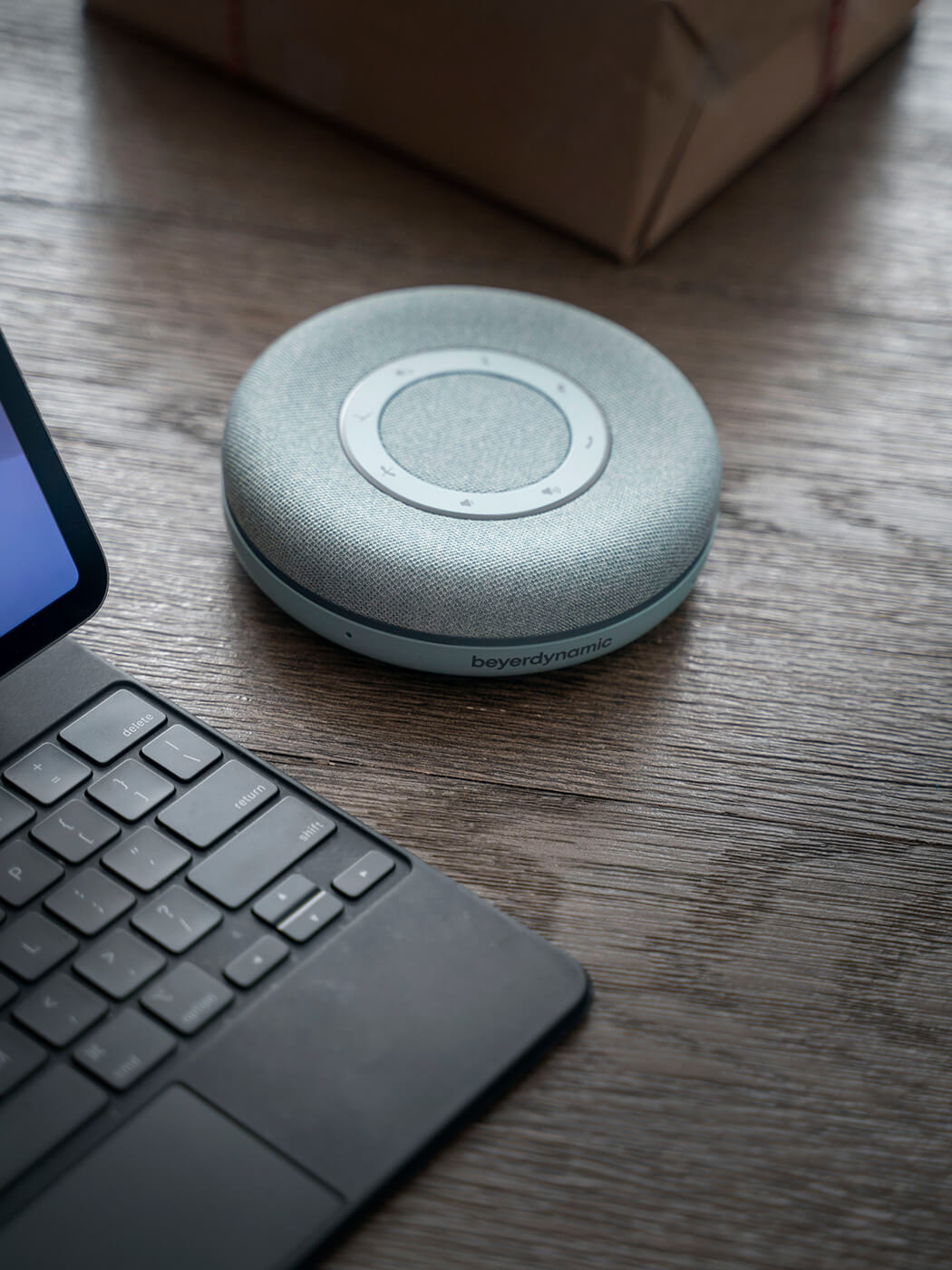 Setting up is as simple as turning the Space on, and connecting to it from your device via Bluetooth.

There’s no support for any of Qualcomm’s aptX codecs, just basic Bluetooth SBC, which will likely only be of concern to discerning audiophiles.

Tunes streamed on the Space demonstrated a lot of clarity and separation. The multi-layered vocals, acoustic guitars, and lunging basslines of Cardiacs’ Odd Even was a good showcase for the range of tones the Space speaker could reproduce. Pleasingly, there was virtually no distortion here and on other tracks at full volume.

Passive radiators do a reliable job of accentuating lower frequencies – at high volumes, you’ll feel those reverberations travelling across your desk. But songs lack the thump that we get from our trusty UE Wonderboom 2. 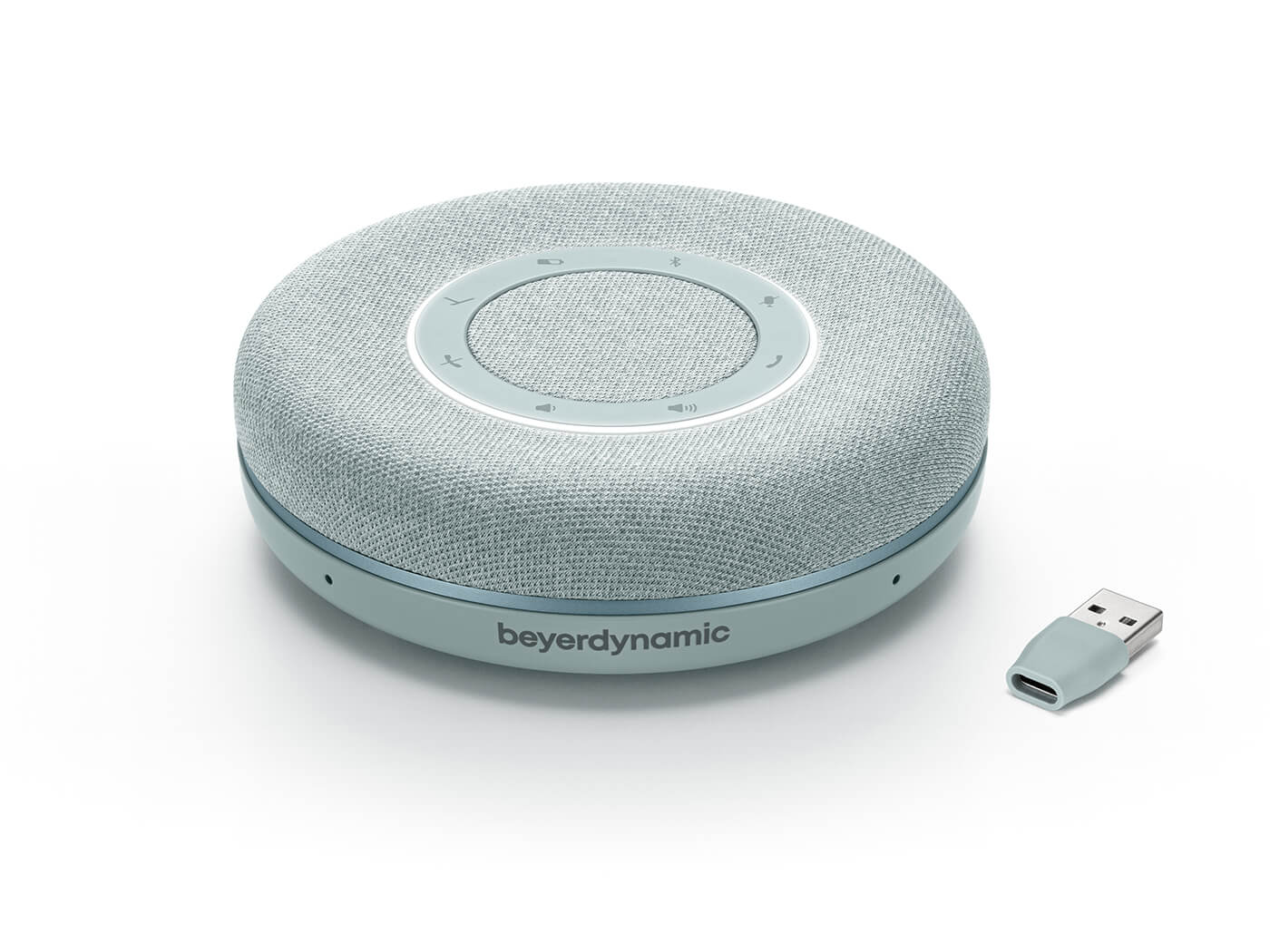 When connecting Space to your laptop via USB, you can have it act as an input or output device (or both). On Microsoft Teams and Zoom, the Space does a superb job of enhancing voices, although some people we tested it with on Zoom reported that our voice sounded clearer via our MacBook Pro’s internal mics.

While the Space is arguably an office assistant first and foremost, it holds its own as a portable music player. Opting for this may depend on whether you’re taking a lot of calls, and you need a speaker to improve call quality. If you want a device primarily for streaming tunes, the Beyerdynamic Space is a solid choice, but there are cheaper options out there. 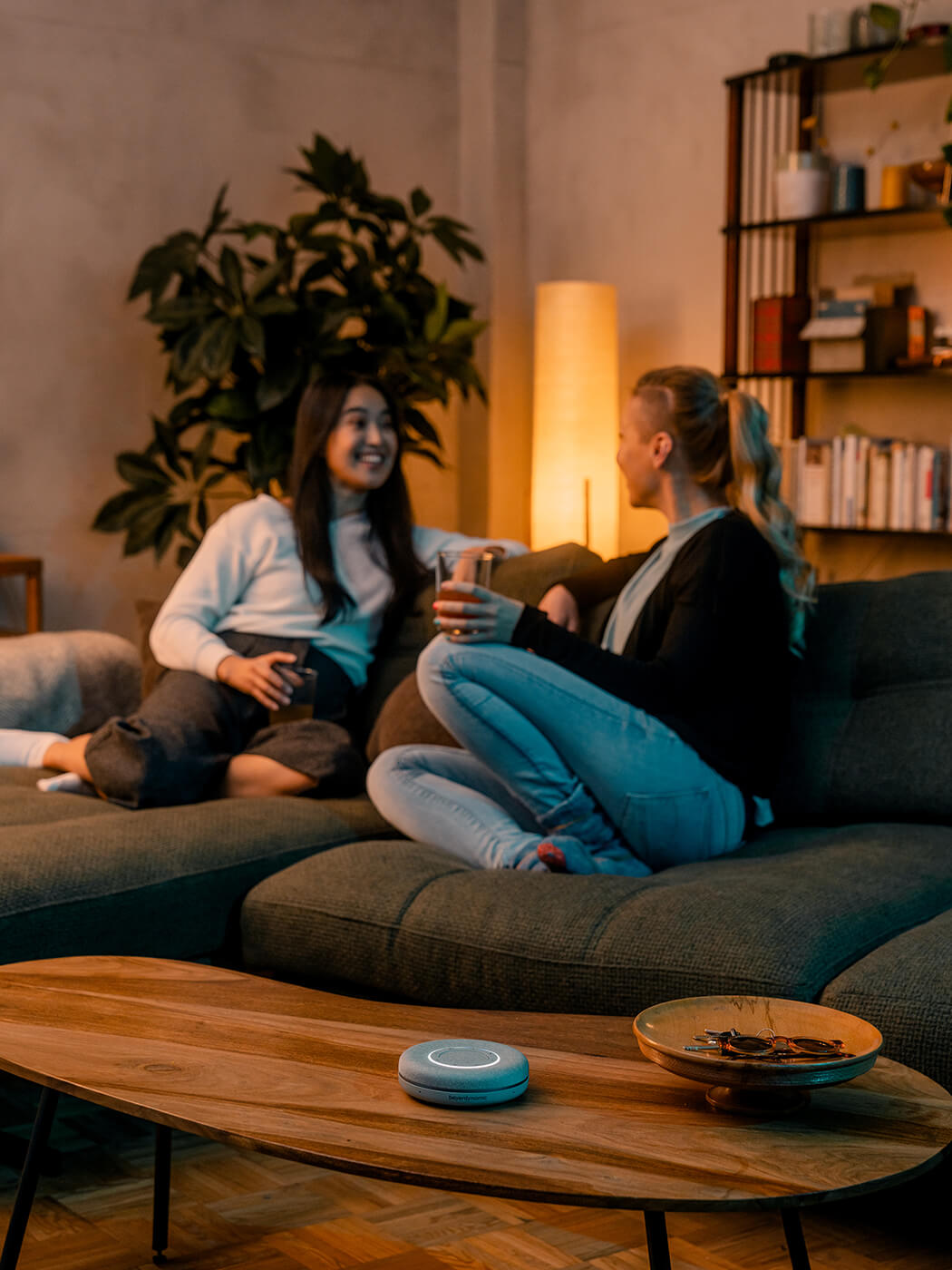