Belkin has packed a ton of tech into its first ANC earbuds including Apple Find My integration. But will you lose yourself in their sound? 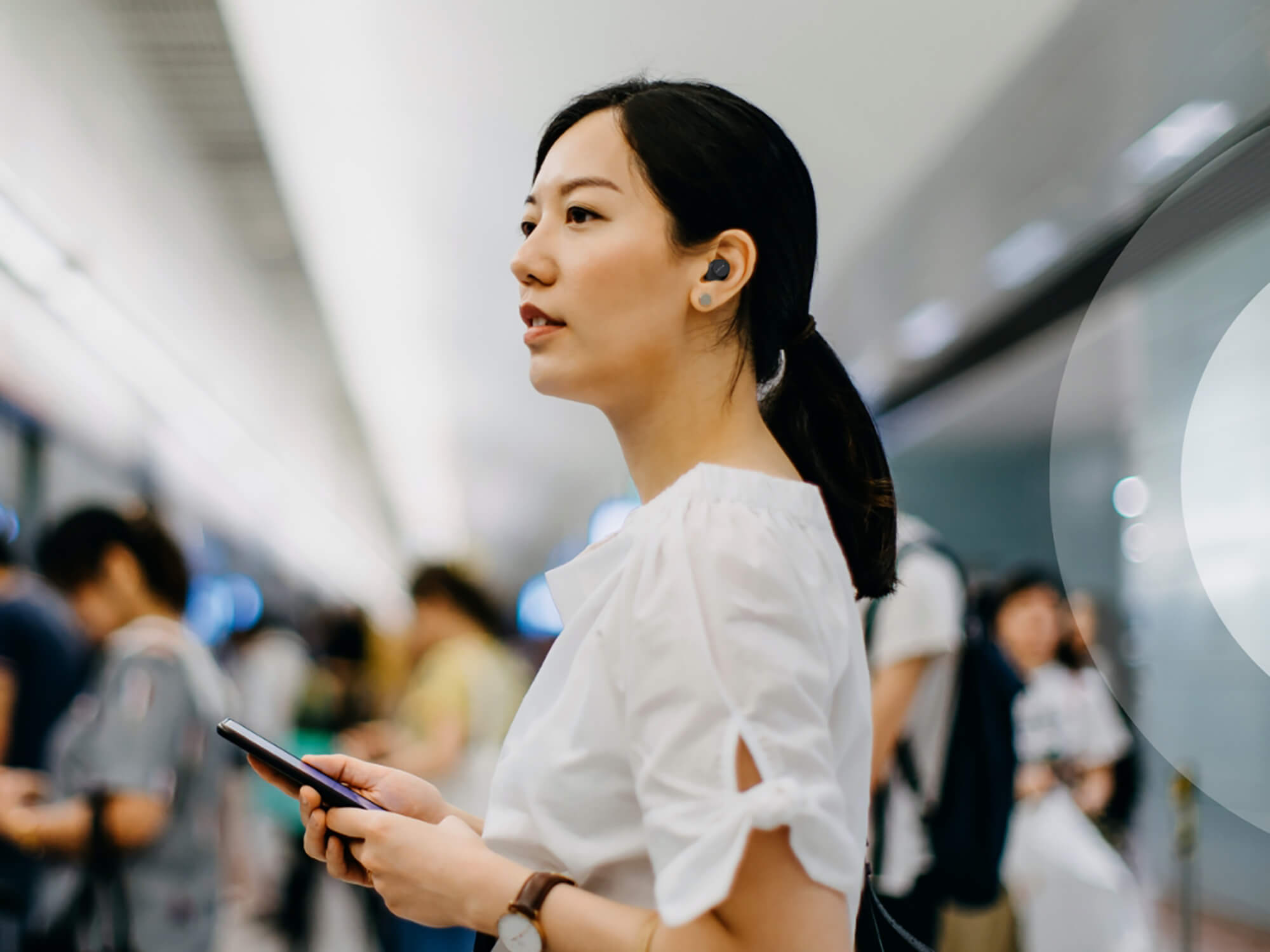 ⊖ Case lid is slightly flimsy
⊖ Sound is solid if not exceptional

Belkin’s new Soundform Immerse wireless earbuds are the costliest in its lineup but are the only model with active noise cancelling (ANC). And at £130, they’re still reasonably priced among the competition. Though it does add to the price, ANC has become popular with consumers, hence many developers bringing out models that feature it in the last year or two.

The Immerse buds and their charging case are pretty large, for a product of this type at least. They’re comfortable, twisting to fit snugly into your ear with your chosen tips. The case charges over USB-C or wirelessly via a Qi charger which is a nice bonus, and hold 24 hours of charge plus seven in the buds for an impressive total of 31 hours. The buds are IPX5 water resistant but the case isn’t. Its lid is a little flimsier than you’d ideally like but it does have a couple of rather novel features – pressing the button on the case three times lets you pair it with Apple’s Find My service for locating if you misplace the buds. You can also find each earbud from the app using Belkin’s Ping technology. 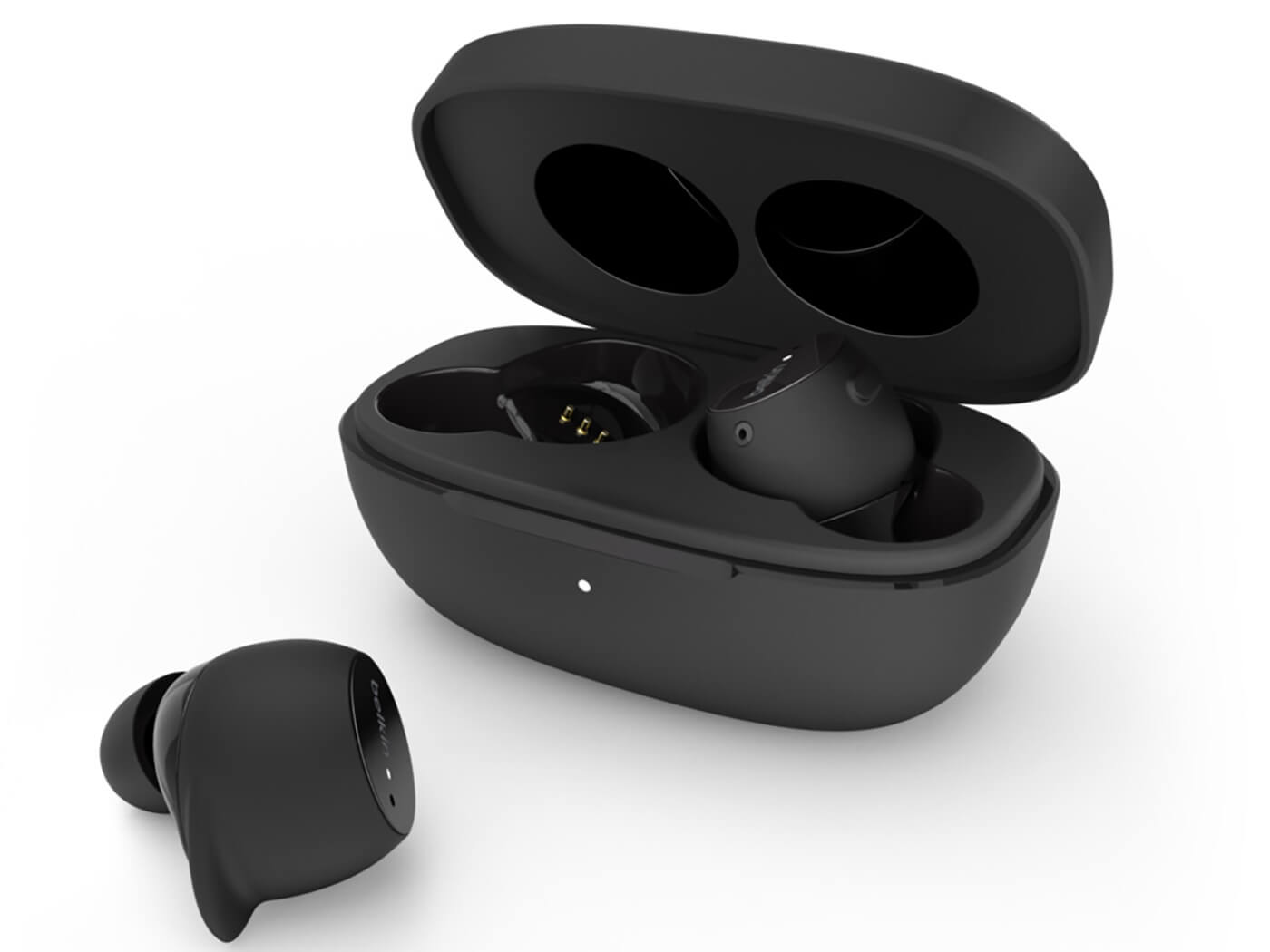 Somewhat unusually, you have to turn each bud on using its button when first pairing – often simply removing them from the case will do this. Google Fast Pair is supported and for other platforms it’s the regular process, with multipoint available for flipping easily between devices, a very useful feature. Also of note is that each bud has both a push button and a touch surface meaning there are lots of ways to interact with them using your fingers, and these can be customised in the accompanying smartphone app. You’ll likely find yourself setting these for the tasks you do most often rather than trying to memorise multiple tap and press combinations but everything you’d expect is available from taking calls to toggling listening modes. 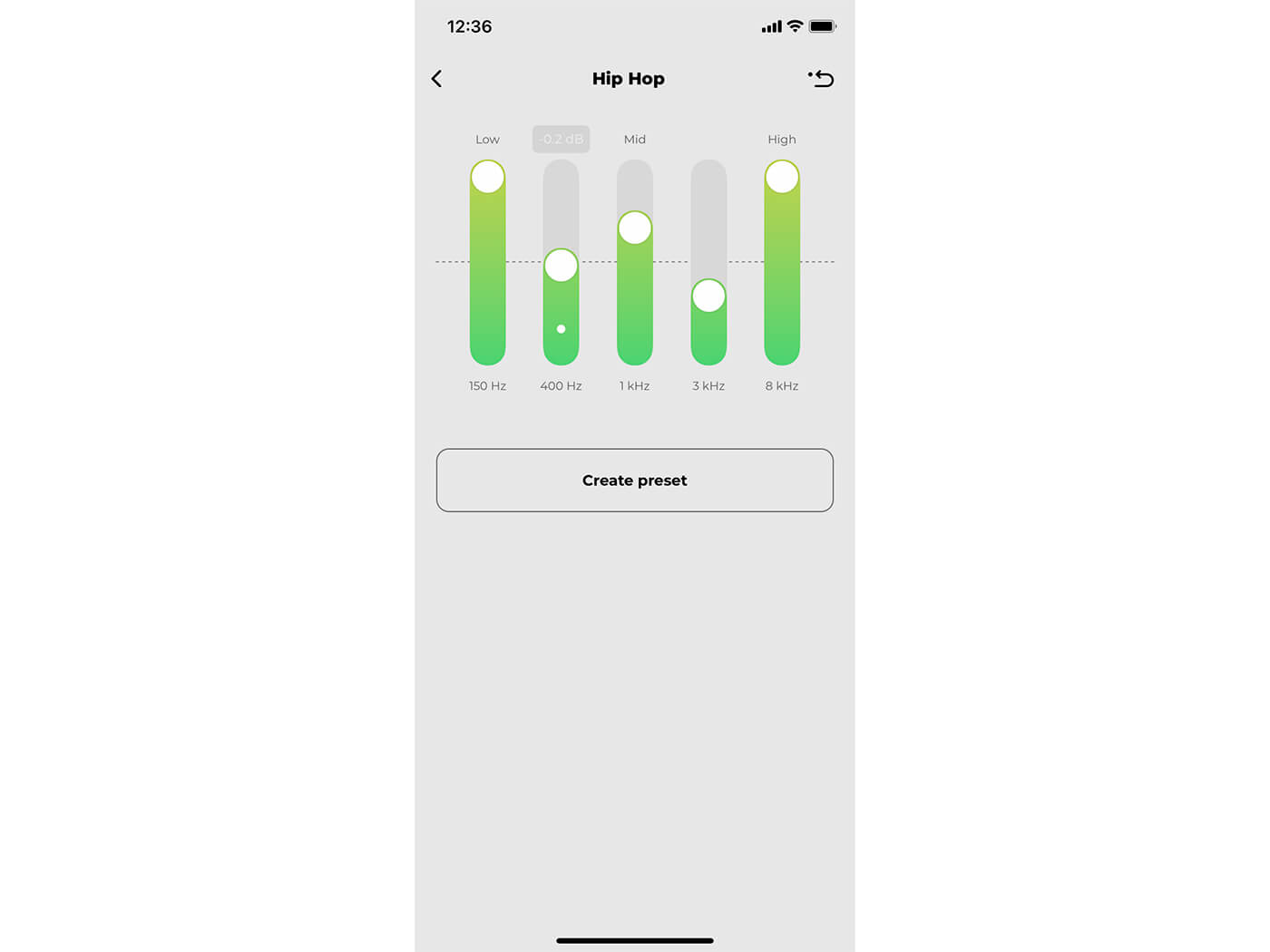 Each bud has three mics that power the noise cancelling and hear-through modes. Hybrid noise cancelling here works very effectively as does the ambient mode which is adjustable in the app. You can also have them monitor in case you speak on a voice call, at which point they will allow more external sound through which is a nice touch and rarely seen in other buds. One odd behaviour we did notice was that with “auto pause” activated, when we replaced the buds in the case they seemed to think they were being worn again, and restarted playback Deactivating auto pause did remedy it, however. 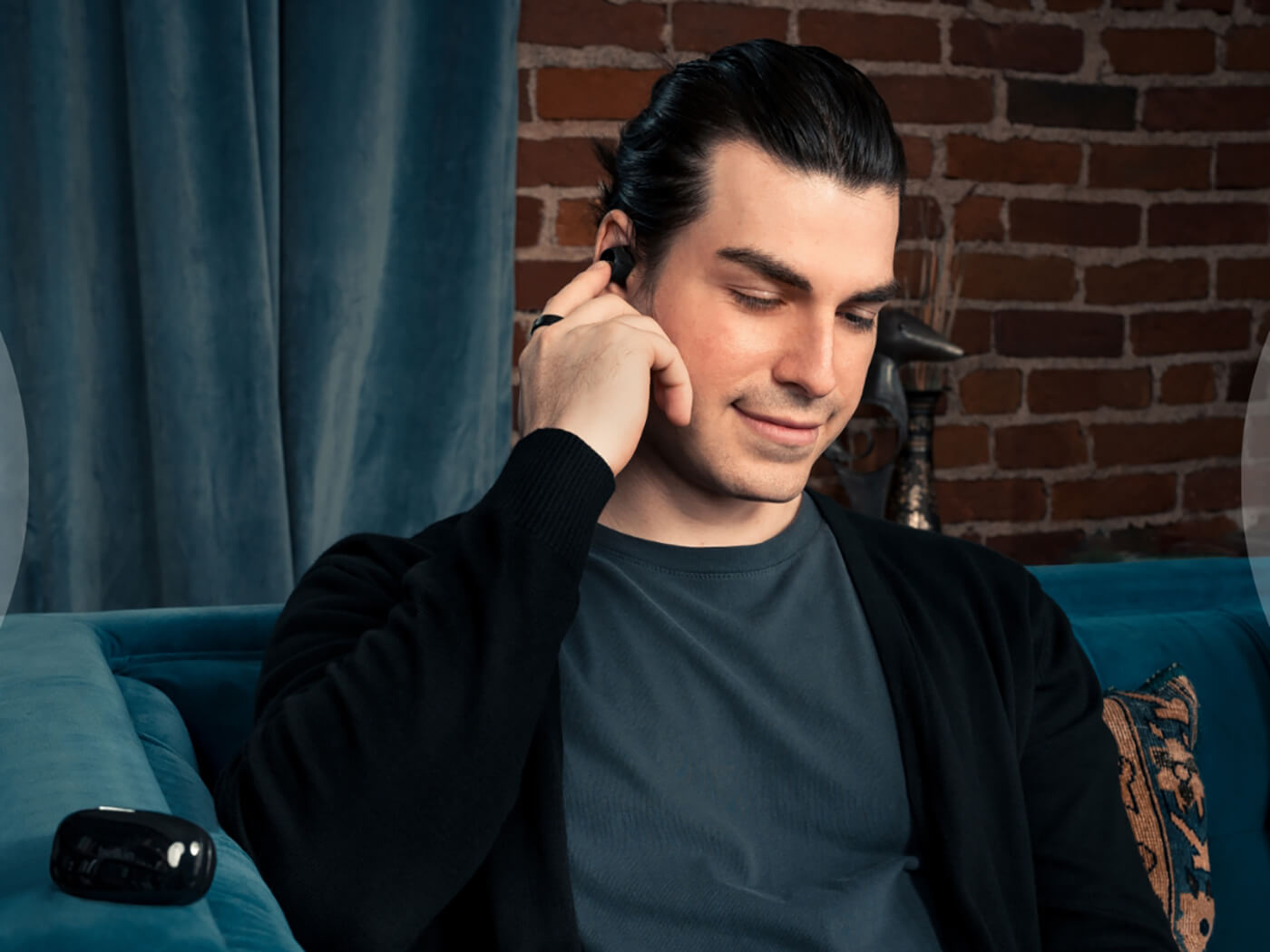 The Bluetooth connection uses the aptX codec and latency isn’t a problem even without the ‘gaming mode’ activated. The 12mm dual layer drivers can deliver plenty of volume and a pretty weighty sound though not perhaps the most detailed and a little overbearing in the mid range. The app lets you customise EQ as well as using presets and a little gentle tweaking here may be required to tailor the sound to your own tastes. There are better sounding buds for this price like Yamaha’s TW-E5B but they lack noise cancelling and some of the other extras the Belkins have. If you value those extras and can live with sound that is solid rather than exceptional, these are well worth a look. 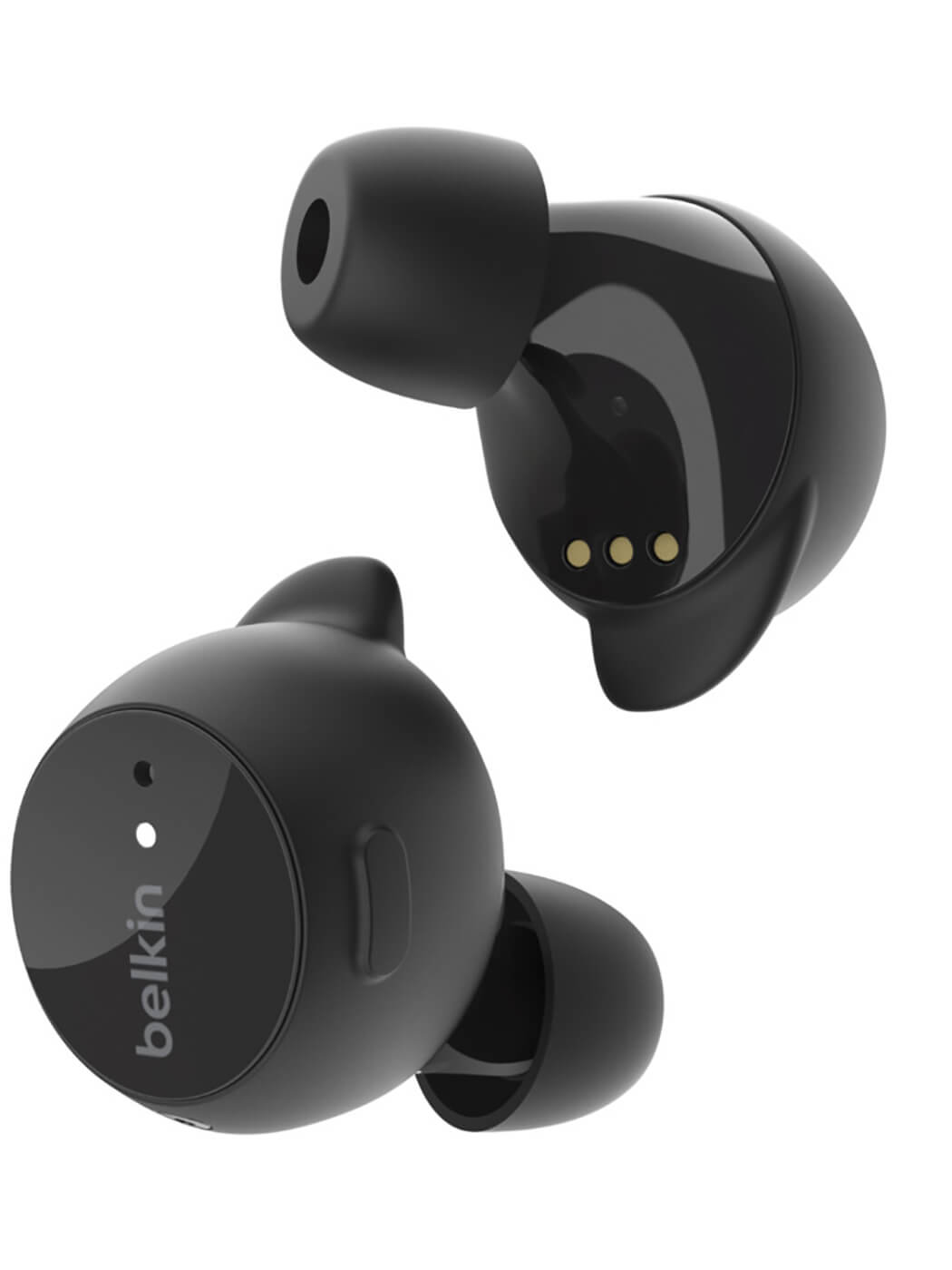