Fancy owning the pianos used by the Beatles on some of their most iconic recordings? Cinesamples may have the next best thing, as Hollin Jones discovers. Details Price $199 Contact via website Web www.cinesamples.com System Requirements – Kontakt or Kontakt Player 5.3.1 or higher, OS X 10.7, Windows 7, 2GB RAM Cinesamples started out making […] 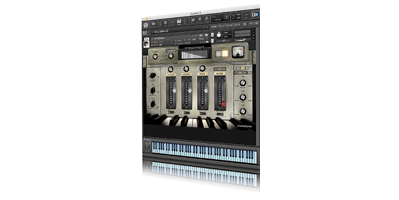 Fancy owning the pianos used by the Beatles on some of their most iconic recordings? Cinesamples may have the next best thing, as Hollin Jones discovers. 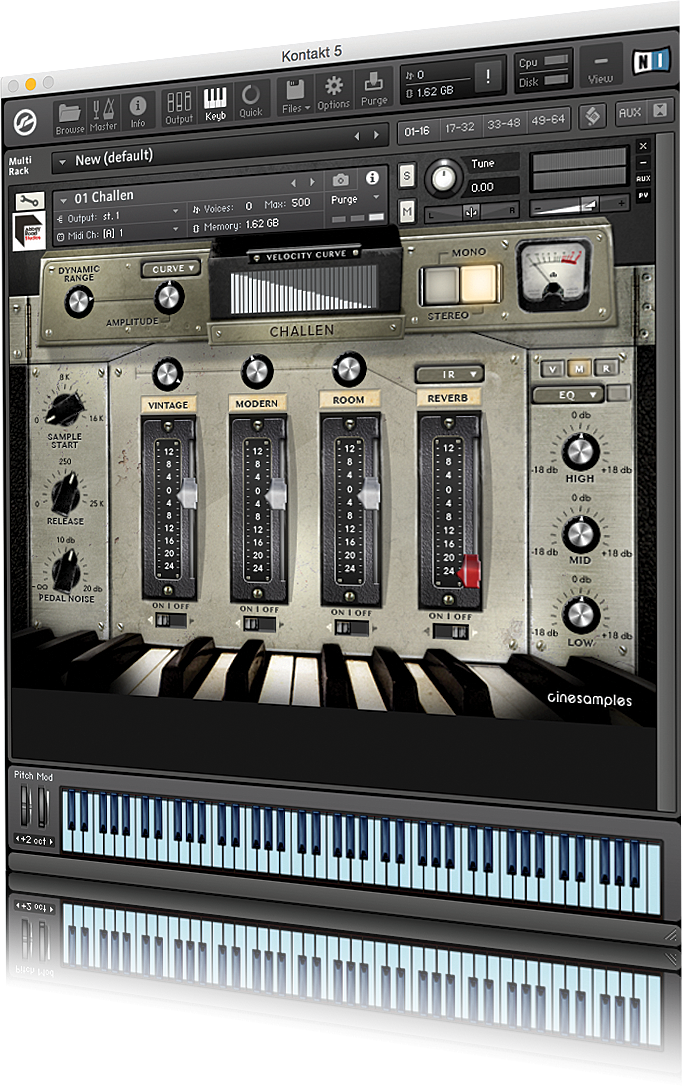 Cinesamples started out making sample-based virtual instruments in fairly niche categories that weren’t well catered for by the rest of the market, but later branched out into more catch-all areas such as orchestras.

The company still produces unique content though, and Abbey Road Classic Upright Pianos fits that description. Running in Kontakt or Kontakt Player, it uses 17GB of sample content and can be used as a standalone instrument or as a plug-in inside any major DAW.

These are the Challen Studio piano as played by The Beatles on several albums, and the “Mrs Mills” piano, again used extensively by The Beatles. Both pianos have also featured on countless recordings by numerous other famous acts. The samples were recorded in-house by Abbey Road engineers.

There are two pianos but three main patches : Challen, Challen Tack and Mrs Mills. The interface is pleasing to the eye and reminiscent of a vintage recording console, with all the major controls on a single screen. For any of the three models you get three mixes and these are represented by the three sliders in the centre of the display. 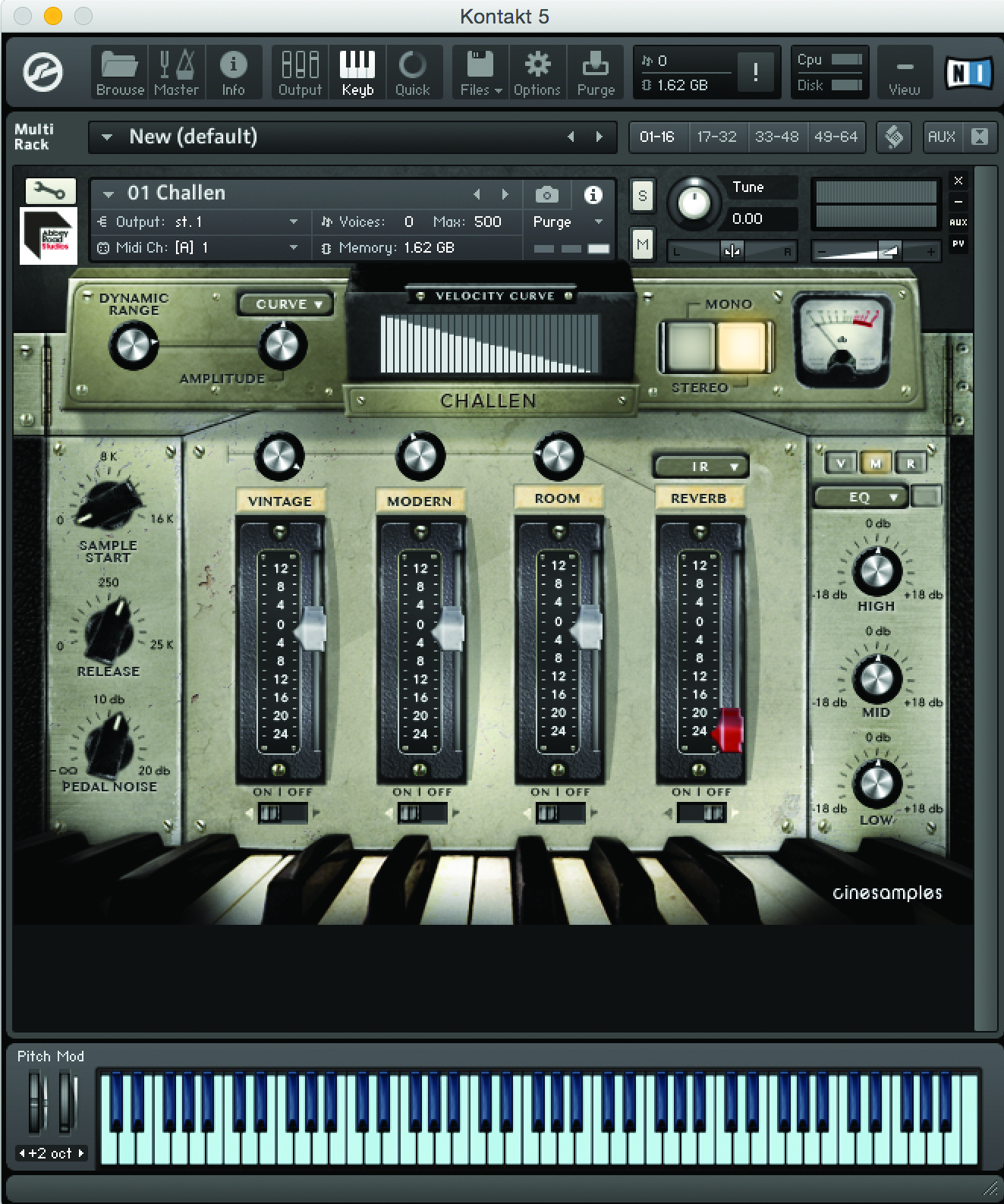 These can be used in variable amounts all at the same time without phasing issues, blended together or selectively switched off to leave only one or two. The first mix is “vintage” and uses the same mics and positions employed for recording the pianos in the 1960s: an AKG D19c mic, REDD.47 valve preamp, Neumann U67 and an AKG C12.

The modern mix uses different mics placed in front of the sound board for a warmer sound and the room mix uses a “Decca Tree” of three Neumann TLM50 mics and two ambient mics to capture more of the sound of Abbey Road’s Studio 2.

Let it Be
By blending two or three of the mixes you can get a really full sound, or strip it back by just using a single mix. There’s a reverb fader too, with seven impulse responses to choose from plus an EQ section to the right with low, mid and high dials for tailoring the sound. This section can be switched to show effects such as stereo width, saturation and filtering, each with their own controls.

To the left are three further dials, the first of which is Sample Start and which lets you alter the amount of attack in the notes by setting how quickly or how late into the sample the sound begins. Set low, you get very attack-heavy notes, and set higher, a softer effect.

At the top right of the interface, a large mono / stereo switch lets you flip between the two and while mono “real” pianos sound quite different to stereo ones, you might want to use mono pianos to fit in with the style of the music you are making.

These are, after all, vintage instruments. In the centre, a velocity curve readout can be manually adjusted by dragging with the mouse to change velocity responsiveness, and there are presets available. 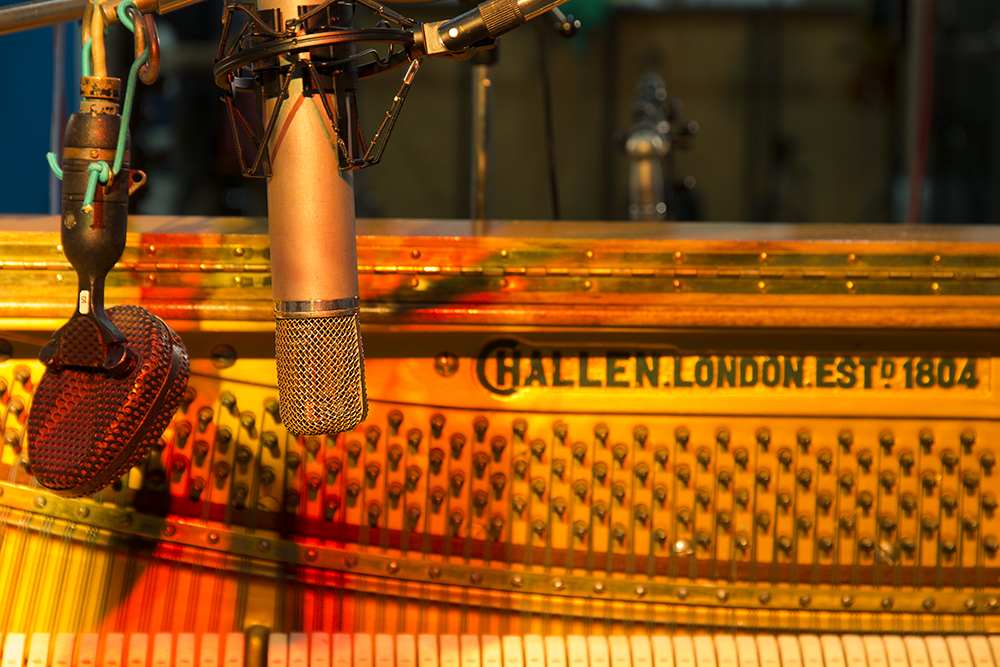 A Dynamic Range control is a nice addition that lets you set either a more uniform volume for all velocity layers, or create a setup where softer velocities are quiet and higher velocities much louder. An amplitude knob lets you bring the whole curve up or down while keeping the curve’s shape intact. It’s even possible to change the listener perspective, although this does involve digging into Kontakt’s back end setup screen a little.

A Piece of History
These two pianos – three if you count the harder-edged and more jangly Challen Tack version of the Challen – sound flawless. It’s difficult to compare them to other pianos because, as noted earlier, you’re playing a model of piano, a specific piano in a specific room and which has been modified over the years.

As such these are some pretty special instruments with a sound that’s been lovingly crafted and is not available anywhere else. Given the virtual impossibility of ever getting near one of these two pianos yourself, this instrument provides a remarkable way to get the sounds of The Beatles’ piano – the actual one they played – in your productions.

There’s tweakability of course, although you probably won’t want to mess too much with the originals since they sound sublime.

A listen to the audio demos on the website is recommended to hear just what special instruments these are. 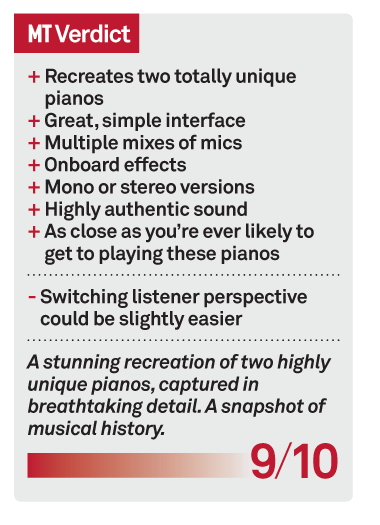