A trio of characterful units bring a dash of Abbey Road magic to home studios. John Pickford takes them for a test drive… 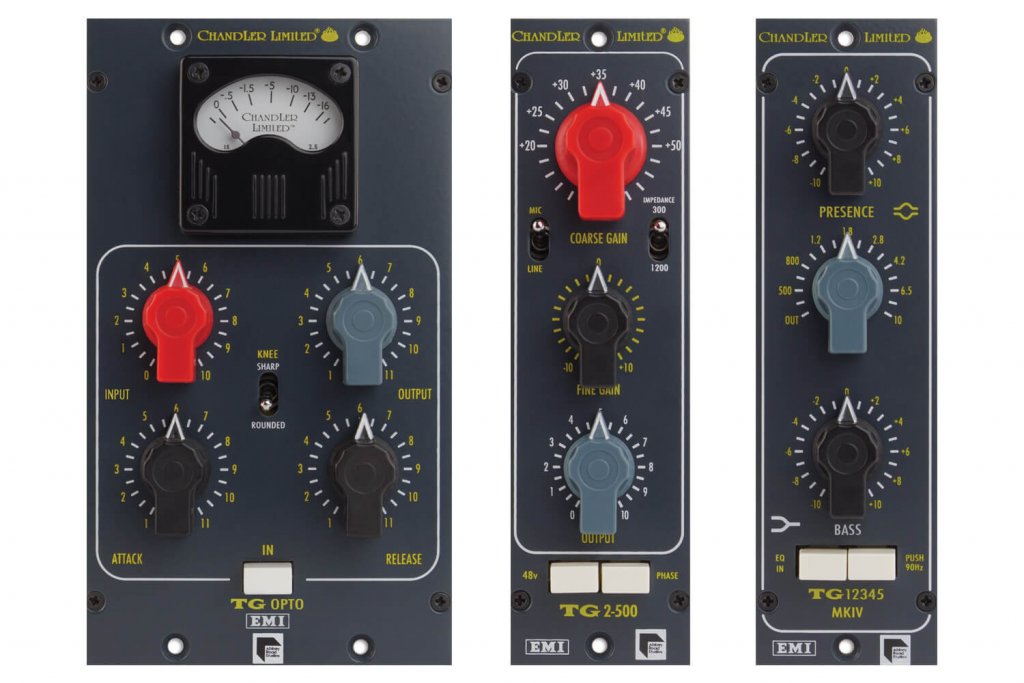 Here at MusicTech we’ve tested many Chandler Limited products. Under scrutiny now are three units from the company’s TG 500 series, which together form a comprehensive recording channel comprising a microphone/line preamplifier, compressor and equaliser. All three units are based on EMI’s solid-state TG consoles, which first arrived at Abbey Road Studios in 1968.

I reviewed the TG2-500 Preamp fully upon its initial release, however I’ll briefly recap before examining the compressor and equaliser in depth. The TG2-500 is a discrete, transformer-balanced design providing a maximum of 60dB gain. The Course Gain control offers 50dB in 5dB steps, while a further 10dB is on offer via the Fine Gain control.

The preamp’s sonic character is bright yet smooth with a nicely extended glossy top-end and a tight, punchy and deep bottom-end. The tone can be subtly altered by switching the impedance from 300 to 1200 ohms, with the former accentuating the unit’s forward and punchy nature, while the latter presents a more expansive sound. Phantom power and phase invert switches are provided, however there isn’t a pad switch, high-pass filter or metering.

Moving on to the dynamics control section of this set-up, we have the TG Opto compressor, a fully discrete mono unit, which occupies two rack spaces. Its origins can be traced back to the TG12413 limiters found on the aforementioned TG12345 consoles, while it shares its DNA with Chandler Limited’s TG1 and Zener Limiters.

Well, here it is. There are controls for Input and Output level, Attack and Release, a Sharp/Rounded Knee switch, true bypass and a period-correct VU meter. No figures are quoted for compression ratios or response times, so the TG Opto really is an intuitive tool. 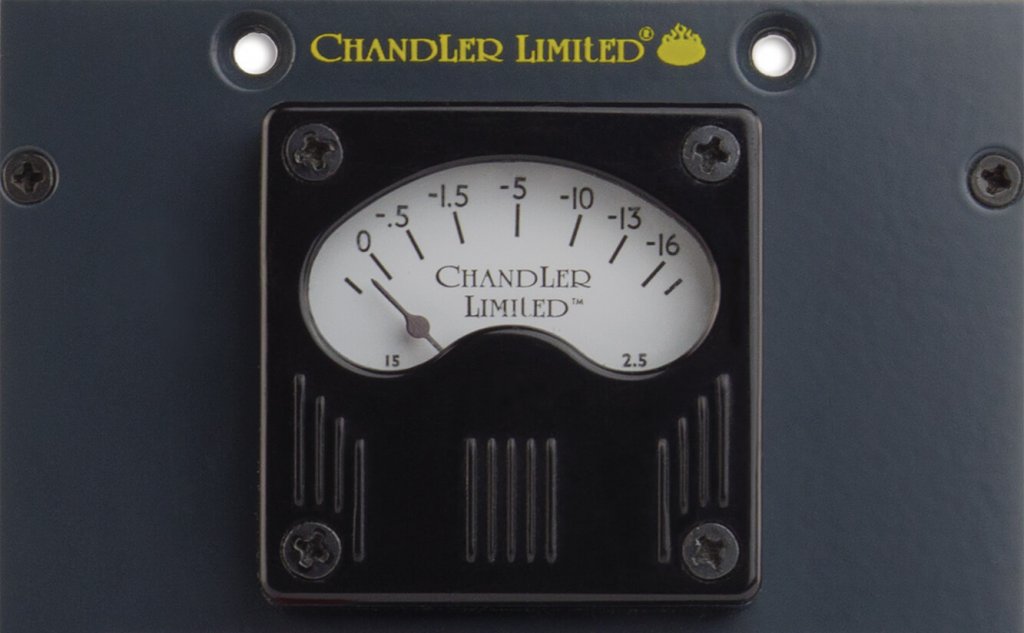 The Input control determines the amount of compression applied and, in the context of this recording chain, works in conjunction with the output level of the TG2-500 preamp.

Selecting the Sharp knee setting puts the unit into limit mode at full ratio, which is probably higher than 20:1 at full pelt. Historically, this setting was designed to mimic the legendary Fairchild 660 limiters in use at Abbey Road in the 1960s.

Transient peaks are controlled while overall level is increased. Used with fast response times, the limiter can create explosive sounds – think Ringo Starr’s drum sound on Tomorrow Never Knows from The Beatles’ Revolver. Dramatic compression effects like this can be startling on first listen, however it doesn’t take too long to master with judicious use of the Input, Attack and Release settings. Using ultra-smashed signals mixed New York-style with the unprocessed audio produces great parallel compression effects.

Selecting the lower ratio Rounded compression knee produces a less extreme gain-reduction style, though even at moderate levels the TG Opto will not rival, for example, LA-2A type compressors in the smoothness stakes. The unit’s grippy control of dynamics is always evident, so it wouldn’t be my first choice for compressing bass-heavy program material or mix-buss compression. It’s worth noting at this point the compressor is a non-linkable mono unit, so using a pair of TG Optos on stereo sources will not be ideal. Chandler Limited can provide matched pairs as a special order.

This is the sound of The Beatles’ Abbey Road album as well as classic, polished 1970s studio productions from Pink Floyd, Kate Bush and others. Along with Neve, the TG series of consoles represented the pinnacle of solid-state design until SSL arrived on the scene. 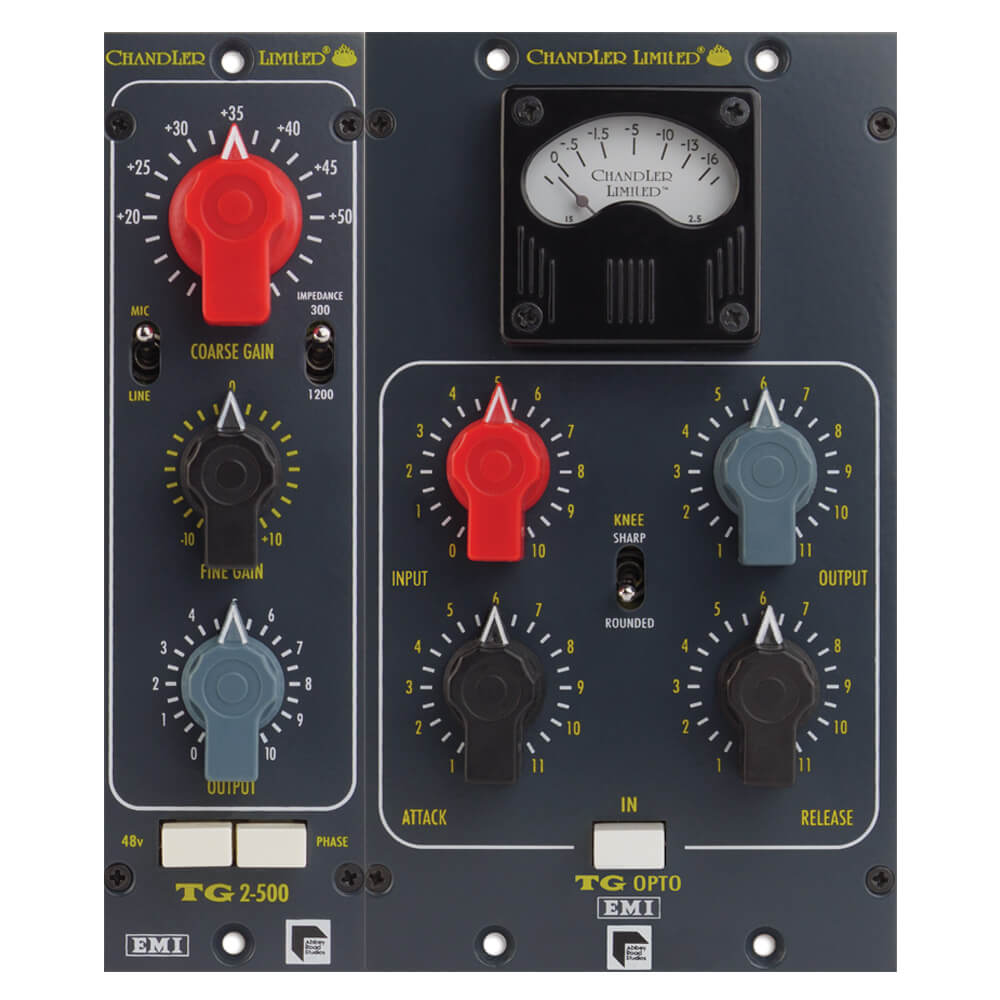 Having a first-class analogue recording chain is highly desirable in this digital ‘in the box’ age, adding some full-fat goodness to what can be a rather sterile environment. Previously recorded audio can be passed through any or all of the units to add some vintage analogue warmth, while the set up is flexible so that, for example, the equaliser can be inserted before the compressor to create frequency-conscious compression – ideal for de-essing vocals.

Like the Opto Compressor, the TG12345 mkIV EQ is a handmade, fully discrete, solid-state mono unit. On the original console, after which this module is named, the equaliser was found on the Mic, Sub Group and Main Cassette modules.

In modern times, an expanded version of this EQ is featured in Chandler’s flagship Curve Bender equaliser. As a two-band EQ, the frequency control available isn’t as comprehensive as the fully parametric equalisation found on later mixing consoles, however it does offer a useful range of frequency points. While it may not be the first choice for surgically corrective EQ, it is a lovely, musical device when used to sweeten audio.

The presence band is switchable with eight frequency points. It’s probably best to think of this section as a combined mid and top EQ, with bell-type peaking EQ for the first seven bands – 500Hz, 800Hz, 1.2kHz, 1.8kHz, 2.8kHz, 4.2kHz and 6.5kHz – and a high frequency shelving EQ centered on 10kHz. The selected frequencies can be boosted or cut by a maximum of 10dB. When the frequency selector is in the Out position, the presence band is independently bypassed from the bass section.

Speaking of which, the bottom end is served by a simple shelving type EQ, allowing 10dB of boost or cut at either 90 or 150Hz. These points are unconventionally high; it’s more common to find 60 and 100Hz on switchable bass shelving equalisers. Two push-button switches at the bottom of the unit allow for the selection of bass frequencies and true bypass.

With the three units linked – preamp, compressor and equaliser in that order – and patched into our system, I plugged in an AKG C414 to record some acoustic guitar. A side-by-side test confirmed the TG has a slightly mid-forward tone with a more robust low-end than the Thermionic Culture unit. It gives everything a larger than life sound, making the most of mic character in a flattering way. It’s a sonic character that lends itself to modern pop recording, even though the vibe is vintage solid-state.

I was keen to use the Opto Compressor as I’d previously found the compressor in the full-size TG Microphone Cassette tricky to set up. With the preamp’s output level at maximum, even a moderate input level on the compressor had the unit squeezing the audio. Easing back on the preamp’s output and using middling response times produced a smooth level of dynamics control, while decreasing the attack and release times introduced pumping effects.

Experimenting with these controls, it’s possible to tune the compressor to make the audio surge in time with the track – a great way to give your tracks a dynamically rhythmic swing. With the acoustic guitar gently breathing in time with itself, I introduced the equaliser to the proceedings. The various upper presence bands each highlighted aspects of the guitar’s tone, while the 10kHz shelving boost added a shimmering sparkle.

I would have liked a high-pass-filter somewhere in the chain, however I was able to use the 150Hz roll-off on the C414 mic to filter out low-end rumble. All three units perform well, with the Opto Compressor impressing the most. Anyone looking to assemble a coherent, high-quality channel strip should take a serious listen to this trio of units.

Chandler Limited also produce the rack-mount TG Microphone Cassette, again based on the classic Abbey Road TG consoles but with expanded dynamics control and EQ sections. The compressor/limiter can be tricky to get to grips with, however the separate treble and mid/presence EQ controls are a bonus. 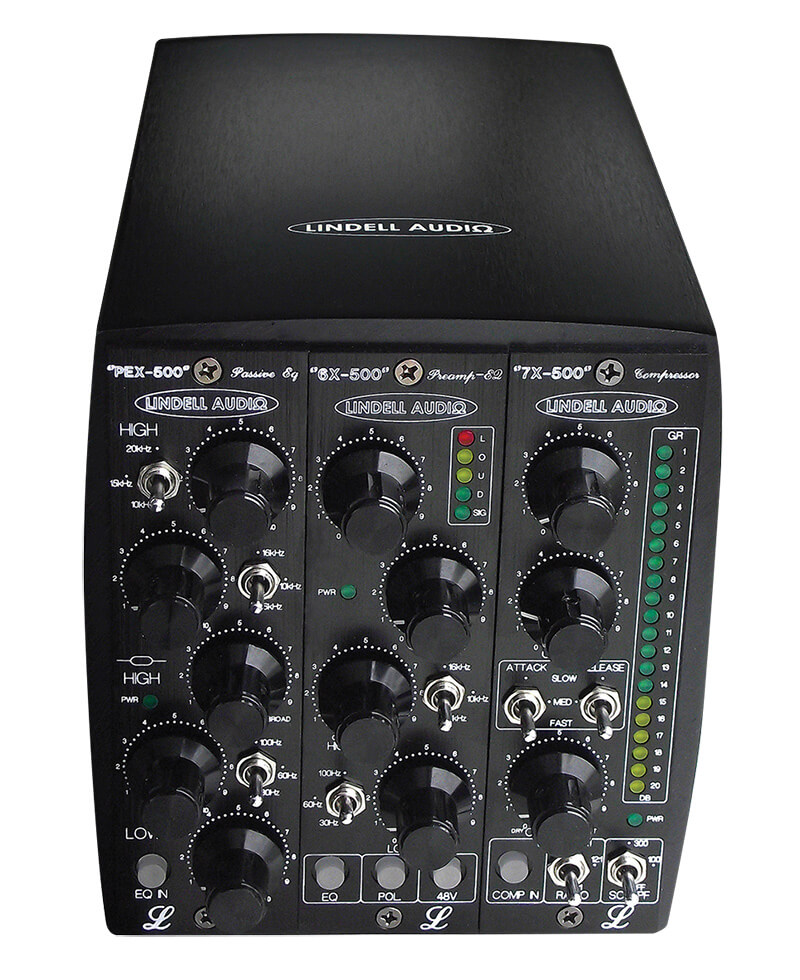 On a budget, Lindell Audio offer a preamp, compressor and equaliser in 500-series format. The vintage vibe is evident with the compressor based on the Urei 1176, while the equaliser behaves much like the Pultec EQP-1A.