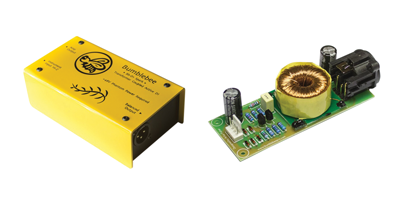 Want an active DI box that you can build yourself? Mike Hillier feels the buzz build in this review of the Bb-D1 Spark DI from Bumblebee 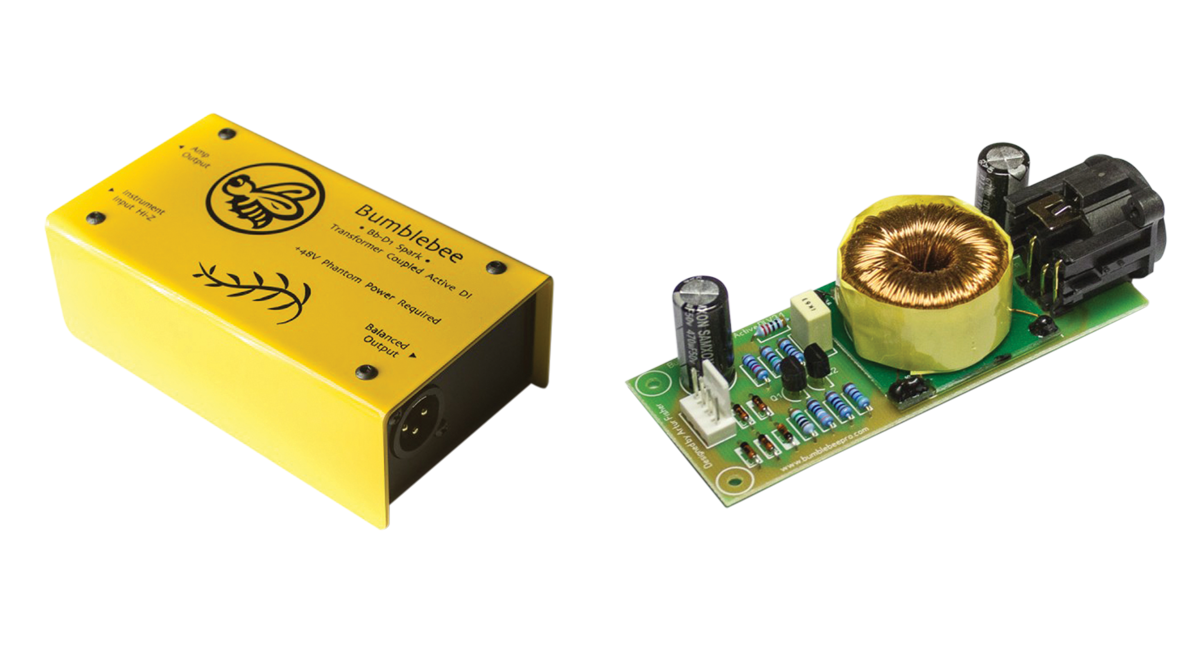 Artur Fisher, the brains behind Bumblebee Pro, first came to our attention when we started hearing about his RM-5 DIY ribbon microphones. They were getting a lot of attention from engineers we trust. Since then, he has designed an in-line microphone preamp, the Bb-P1 Clarity, which provides either +6 or +20dB of very clean gain for very quiet microphones, before feeding a standard mic preamp. Most recently, he has designed an active DI box designed to be easy to build, even for novice DIYers.

This is the Kit

At first glance, the new Bb-D1 Spark looks very similar to the Clarity, it’s housed in an attractive black and yellow powder-coated and silk-screened steel enclosure, about the size of a standard Boss guitar pedal. The Spark has a jFET input stage, designed to act much like a tube-amp input stage in a guitar amp. This has the added advantage of having a very high input impedance.

Artur has designed the input stage without negative feedback, a bold move which on larger production scales would be difficult to achieve, as each jFET has to be paired individually with a source resistor. However, the kits all come with hand-selected jFET/resistor pairs, ensuring all the hard work is done for you. 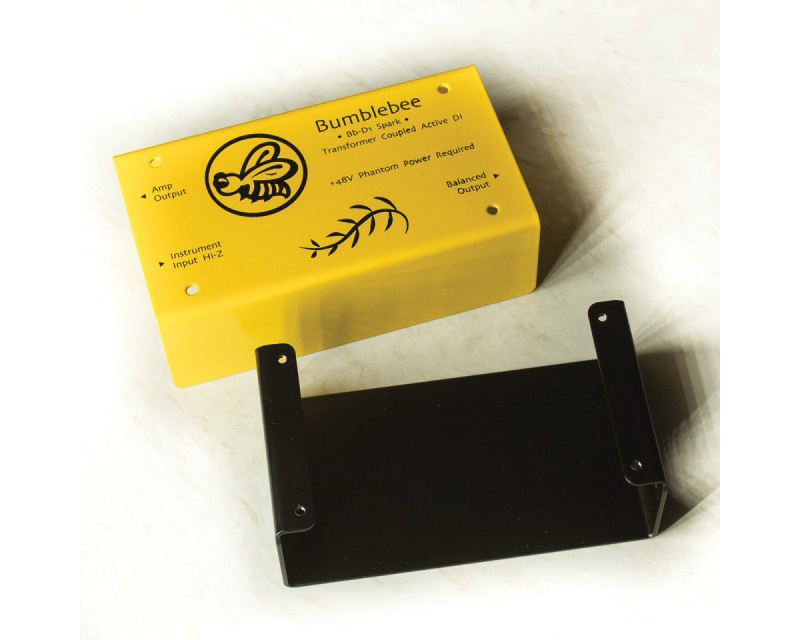 Our Bb-D1 review unit was provided pre-assembled, but opening it up it looks like an easy build. There are more components than the DIYRE FE2 (a passive DI), and you will have to be careful with the orientation of a couple of capacitors and diodes. But even a complete novice should be able to build this in an hour or so, even allowing for time spent watching tutorial videos on how to solder.

The Bumblebee Bb-D1 sounded very close to Radial’s J48 to our ears.The Radial does have a few extra features to justify the slight bump in price, including a -15dB pad, polarity invert, ground lift and an 80Hz filter.

The A-Designs REDDI, which we used in this review, is three-to-four times the price of the Spark, and while it does sound incredible on some sources, we find it’s still useful to have something like the Spark around. 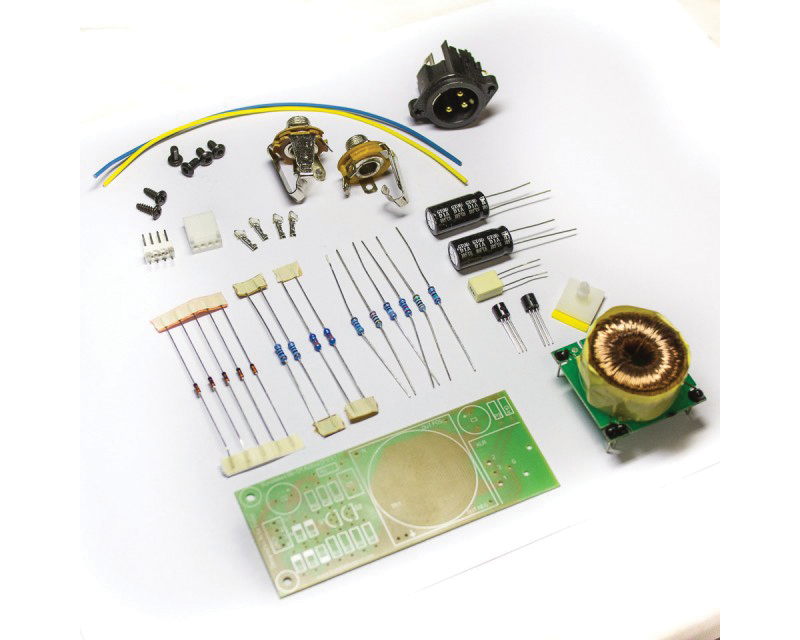 If you’re keen to put your hand to DIY, but don’t want to mess with active components just yet, try the DIYRE FE2, a passive transformer-based DI.

Show Me The Honey

DIs are a fairly simple tool, and there is a misperception that the tone is all in the amp, or amp modelling anyway. But this is most definitely not the case, and especially so on bass guitar. We took the Bb-D1 Spark along to the studio and tested it on a selection of guitars and bass guitars. In each case, comparing it to a Radial J48, and A-Designs REDDI, both studio staples.

We used the same channel on the console for all recordings to try and rule out any differences caused by the preamp stage.

On our studio Stratocaster, the Spark captured all the bark and bite of the instrument perfectly. It was a little brighter than either the J48 or the REDDI, and much cleaner than the REDDI, which seemed to be smearing the transients a little.

Most noticeable was how similar the Spark sounded to the J48. The REDDI is a tube DI, with a circuit deliberately designed to add subtle harmonic excitement, so it’s no surprise that it doesn’t have quite the transient response of the two solid-state devices. Running the Strat signals through the new UAD Fender ’55 Tweed Deluxe emulation and the differences became less obvious. The brightness of the Spark was rounded off. The REDDI, though, was still our least favourite, having less of the classic Strat spank than the other two.

Switching to a Les Paul, the dry unprocessed signals bore the same overall tonal differences as with the Strat, the Spark being the brightest of the three.

However, this time we could also hear a little low mid-bump on the REDDI. Running the signals through the UAD Marshall Bluesbreaker 1962 emulation this time. The Spark still held its own against the J48, with plenty of growl, and a depth that many inferior DIs would lose. The REDDI, our least favourite on the Strat came into its own here, the slight low-mid bump and extra harmonic distortion resulting in a more pleasing tone from the amp simulation. 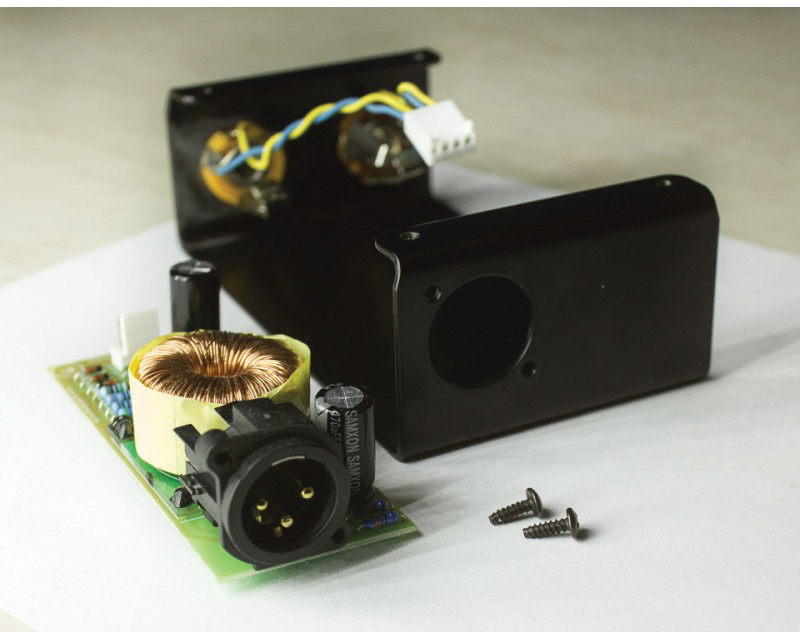 Finally, we brought in a Music Man Stingray bass guitar. We’ve often favoured the REDDI on this instrument, regularly using it in a mix with no amp simulation whatsoever.

The Spark produced a stunning tone, very smooth, with plenty of low end, and lots of attack when we dug into the bass guitar. It doesn’t have quite the instant mix-ready tone of the REDDI, but we’d still be very happy using it as a raw track with a little compression to bring a drop more energy to the performance.

The Bumblebee Bb-D1 DI holds up against two of our favourite studio DI boxes, with the added benefit of being less expensive, especially if you purchase it as a kit. If you know your way around a soldering iron, or want to give it a go the Spark is an obvious choice. It’s simple enough we’d even recommend it to people looking for a first kit to work on.

And if you prefer your gear ready-made, assembled versions are available, and still come in at a cheaper price than many of the alternatives. Every studio needs a quality DI, and at this price there really is no advantage to using something lesser 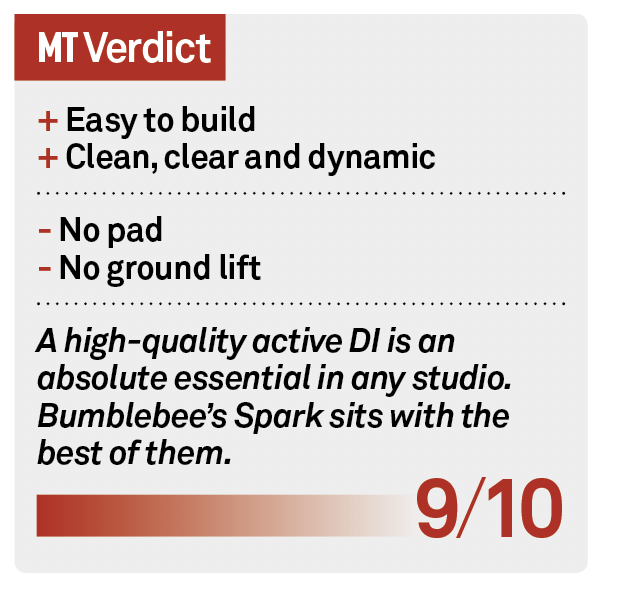