MusicTech’s favourite master sound designer Eduardo Tarilonte is back with a Celtic Era, a new collection that delves into our local history. Andy Jones saddles up… 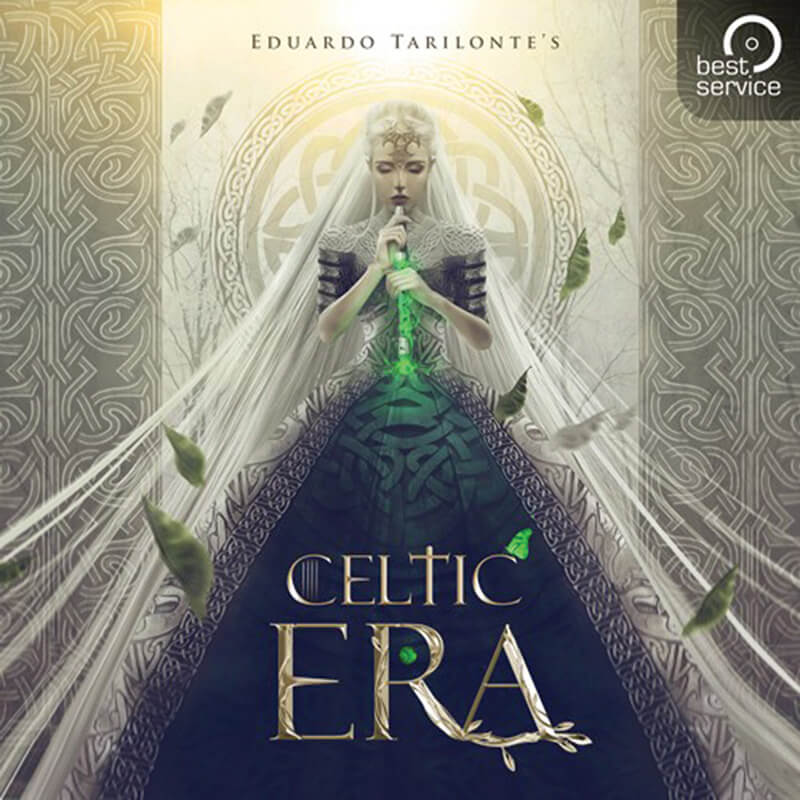 If you don’t know who Eduardo Tarilonte is then you probably haven’t been reading MusicTech for very long. He is the ultimate sound designer, the creator of classic and fantastical libraries used by composers the world over. He’s the equivalent of the Simon Cowell of the audio production world, and also a bloody nice bloke (not that I’m saying Cowell isn’t).

Over the last half dozen or so years we’ve reviewed a lot of his libraries which either explore the histories of certain eras or delve deep into magical worlds with, rather more pretend histories. Either way, he makes them very real experiences, with extraordinary attention to recording detail.

I’ve reviewed many of Eduardo’s titles myself, so admit to being a bit of a fanboy. My own personal favourites are Era 2 and (still!) Shevannai: The Voice of the Elves from which I used the atmospheric pads on just about every one of my tunes over the last few years, inventing my own ‘Spiritual House’ genre along the way. (This did happen, it just hasn’t quite taken off yet…keep your eye on the charts) Tarilonte’s new collection is Celtic Era and we can expect atmosphere. And jigs. Lots of jigs.

The Celts are coming

The Celts covered a lot of Europe back in the day so Eduardo has a lot to play with (and play, and record) although the focus here is on perhaps what you might expect, the Irish side of Celtic music, so you get flutes, harps, pipes, guitars, fiddles and, of course, Bodhran drums.

There are 23 instruments in all, with lots of dynamic variations recorded across several articulations. Tarilonte has also managed to get his hands on some pretty dusty, possibly never recorded before instruments: the Carnyx, Cornu and War Horn which expert musician Abraham Cupeiro played for the recordings.

The results is a collection that you can buy as a download or boxed product and is a total of 18GB. You’ll need the Best Service Engine to play it – rather like Kontakt – but that’s included for free. You download the files as .RAR files, move them to your location of choice and then you’ll need to activate them using Engine.

Again, anyone who has used Kontakt will be familiar with the process: simply head to preferences and add the library but rather than having something like NI’s Native Access software handle the process you have to do a challenge and response to activate the library – a bit of a faff but not hard.

This isn’t one of those libraries that most people will specifically need per se, unless of course they are a soundtrack composer for a series on the Celts, say, or are writing the theme to a historical drama. 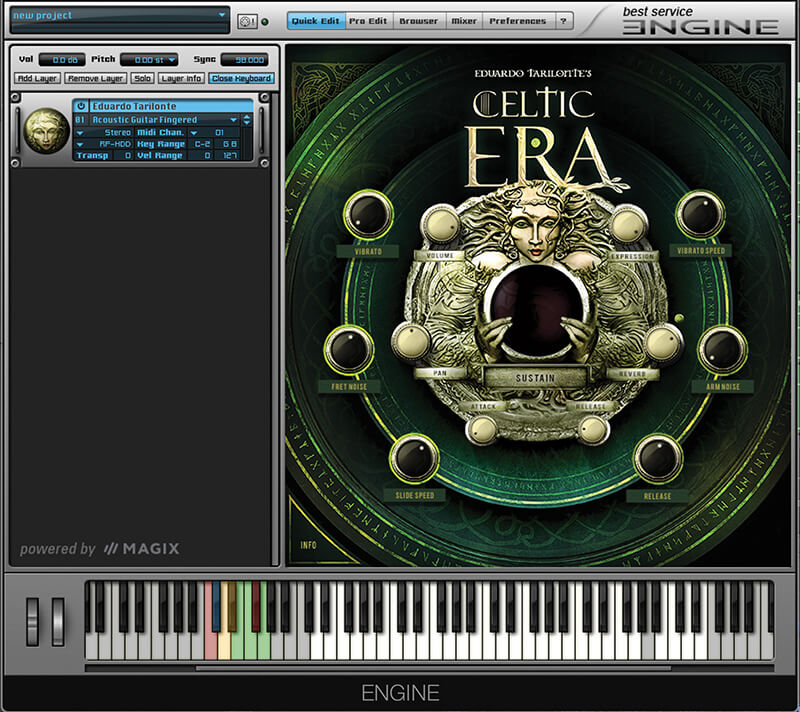 However that’s not to say you won’t find it a useful collection for other areas of music production, such is the quality of the recording throughout and the variety of instruments within Celtic Era. So ’need’ is perhaps not the answer, but ’want’ is!

Getting jiggy with it

So to the instrument and you can load from six categories: Ancient, Keyed, Percussion, Soundscapes, Strings and Winds. Starting with the Ancient we immediately hit those ancient Carnyx, Cornu and War Horn sounds which you may not feel you would know but might go ’ah yes!’ when you hear them.

The Cornu sounds quite cornet-, or trumpet-like while the Carnyx is a mellower ’calling’ horn with a dozen or more variations – all very evocative and some of which remind me of the atmosphere that trumpeter Mark Isham bough to early David Sylvian recordings.

In the Keyed section are just a couple of Concertinas – we’re not talking about a style renowned for too many keyed instruments, I guess. Moving on to the Percussion section we find the mighty Bodhran, full of rhythms, fills, and hits to back any sea shanty jig.

It’s here that you will also find the Fiddle folder, full of great recordings of individual notes and phrases, although I could have done with even more of the latter (or am I just being greedy?). The Irish Bouzouki – that’s the guitar with the long neck and more rounded body – is another stand-out in this folder. Finally, the Banjo sounds rich and dynamic.

The last instrument folder is Winds which contains everything from flutes to Highland Pipes, again excellent recordings and lovely little variations found on the green keys. These keys also come into their own with the Highland pipes, producing the constant bass note to create the most impressive bagpipe sounds ever to come out of a computer.

My favourite folder though, is Soundscapes, as it always is with a Tarilonte collection. It’s where he lets his imagination go wild, unconstrained by any single instrument or playing style to produce atmospheric pads that will take your breath away.

Here, from Celtic Winds to Burial Mounds, from Druids Temples to Highland Echos, you are taken to far-flung places and they are so good that, as ever, I want more, or the very least a complete Tarilonte Soundscapes instrument…

This is a beautiful set of instruments and phrases and you wonder where Eduardo can possibly go next. Somewhere out of this world, I’m betting. But until then, blow the war horns and get ready to ride into a sonic battle!. 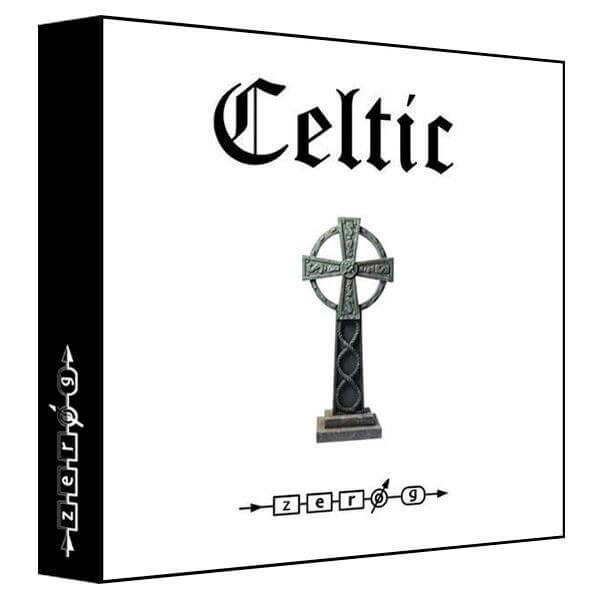 Who’s have thought that there are other Celtic specific tools? This is more like a sample library than instrument, though, with 900MB of pipes, strings and percussion with ’an enormous range of solo riffs and phrases’. 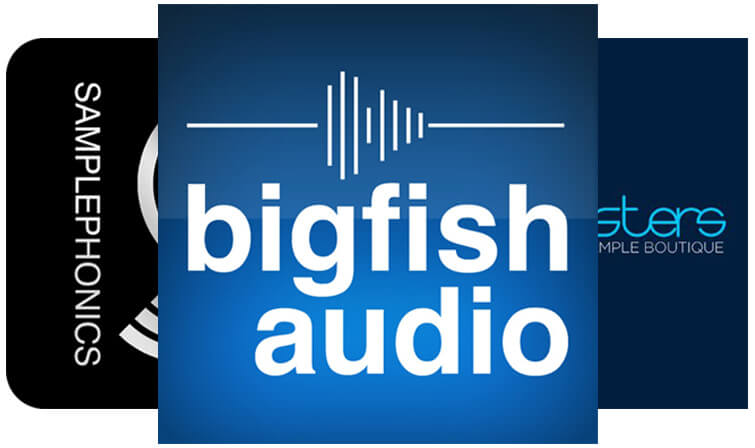 There are other samples collections from various companies that cover all things Celtic: Celtic Harp, Celtic Vocal Sample Library and Celtic from www.loopmasters.com, www.samplephonics.com, and www.bigfishaudio.com