Accurate monitoring is crucial to getting the sounds you actually want. John Pickford explains how the BBC set the standard… The tweeter’s foam surround is critical to the LS3/5A’s sound, as is the Tygan grille-cloth. Forty years ago, the British Broadcasting Corporation not only occupied two of the three available TV channels in the UK, […] 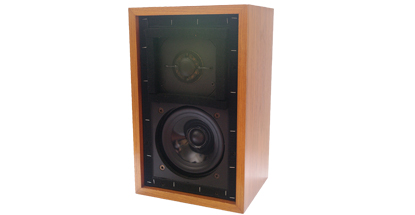 Accurate monitoring is crucial to getting the sounds you actually want. John Pickford explains how the BBC set the standard… 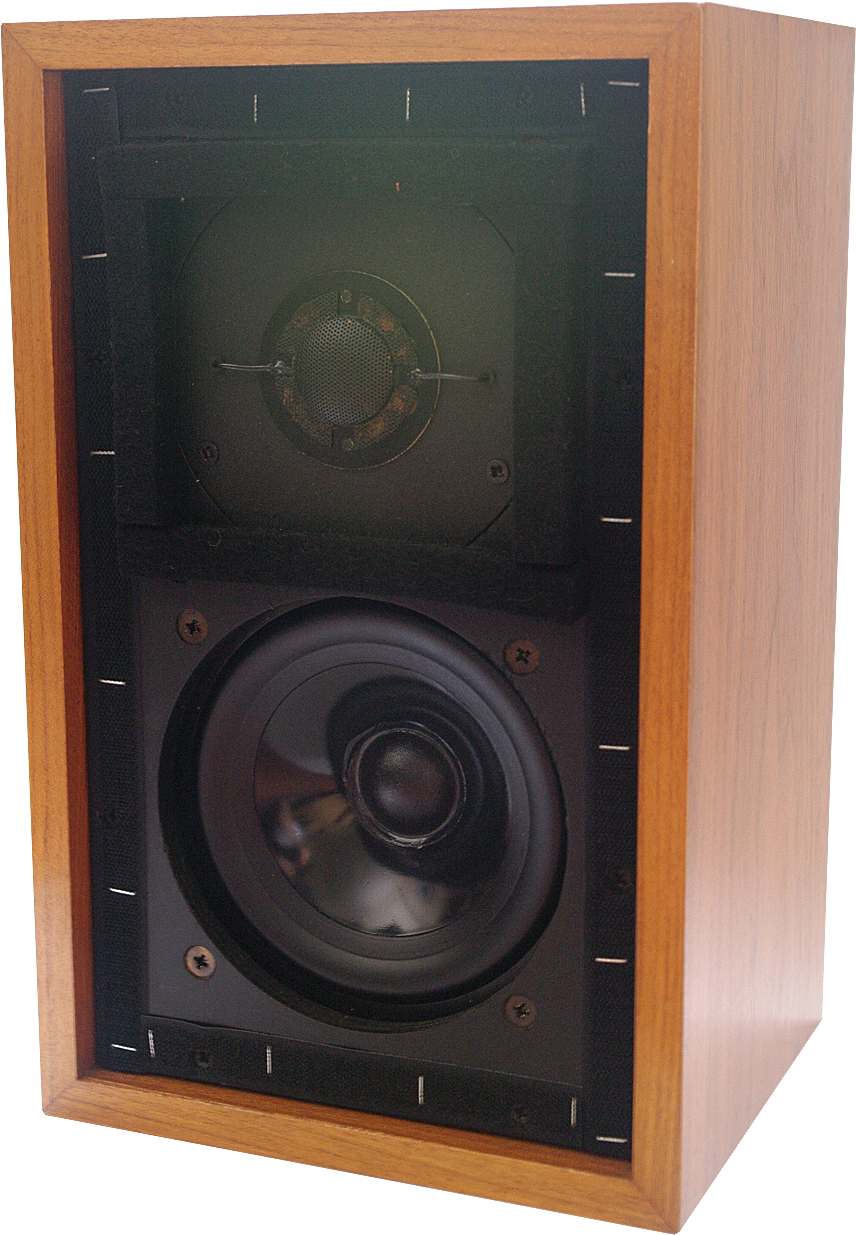 The tweeter’s foam surround is critical to the LS3/5A’s sound, as is the Tygan grille-cloth.

Forty years ago, the British Broadcasting Corporation not only occupied two of the three available TV channels in the UK, it also had fully operational research and design departments ensuring world-class standards in broadcasting. The birth of the LS3/5A can be traced back to the early 1970s, when the BBC decided it needed an accurate mini-monitor for use in confined spaces – specifically, outside broadcast (OB) vehicles.

Initial work on the prototype LS3/5 (no A appendage) was carried out by a team led by Dudley Harwood and Spencer Hughes at the BBC’s Research department in Kingsley Warren. The first LS3/5 was produced in 1972 and, following some minor tweaks by the Design department, the LS3/5A was born.

As the BBC was not in the business of manufacturing loudspeakers, it invited other manufacturers to apply for a license to build the LS3/5A to exact specifications. Jim Rogers was the first to declare an interest and announced his intention to build the speaker in 1974, but it was to be another two years before the LS3/5A became commercially available. Eventually, licenses were granted to several companies including Audiomaster, Chartwell, Goodmans, Harbeth, RAM, Rogers and Spendor – a loudspeaker manufacturing company formed by original LS3/5A designer Spencer Hughes.

The speaker cabinet is a sealed box (infinite-baffle) design that does not make use of bass-reflex loading – there isn’t a port. It’s constructed from 12mm-thick birch plywood, with corner fillets made from solid beech. The internal volume of the box is around five litres and the panels are lined with bitumen pads to improve damping and avoid unwanted resonances. The KEF B110 mid/bass driver features a speaker cone made from Bextrene and is coated with a PVA adhesive for damping purposes.

The tweeter – another KEF unit, the T27 – features a layer-damped mylar-dome diaphragm; the very best examples have a frequency response that extends towards 40kHz. Both of the drivers had previously been used by KEF in the company’s own loudspeaker designs (including the Concerto and Cresta models from the late 1960s) but neither of these speakers sounds remotely like the LS3/5A. One of the reasons for this is that the BBC design incorporates a complex 13-element crossover constructed using very high-quality components, including screened air-gap inductors and film capacitors. 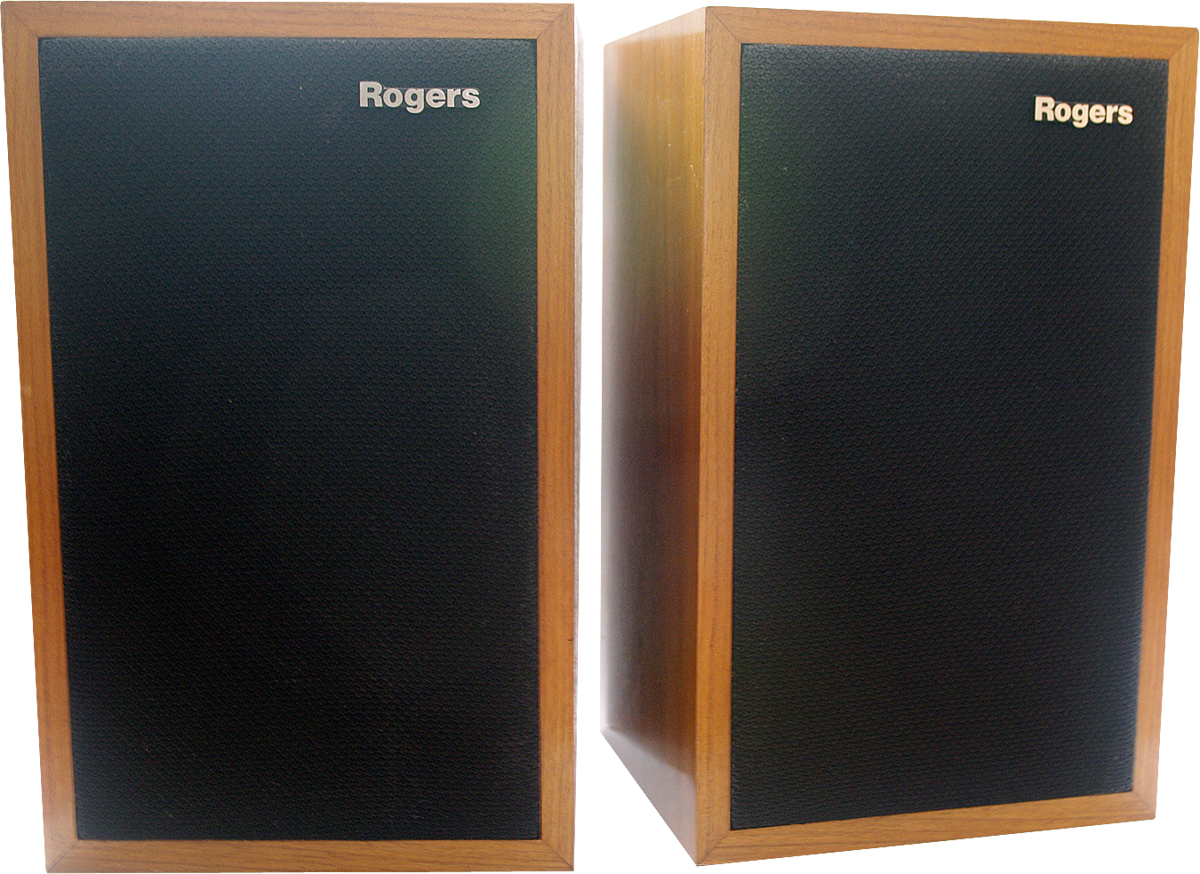 Several manufacturers were granted a license to build LS3/5As. These are the earlier 15-ohm version built by Rogers. Photography by Ben Wooff.

The Tygan cloth grilles also influence the overall sound quality and, unlike most loudspeaker grilles, are designed to be left in place.
Early examples have an impedance rating of 15 ohms, presenting an easy load to the driving amplifier, but a reworking of the crossover in the mid-1980s reduced this to 11 ohms. Many LS3/5A aficionados insist that the 15-ohm version is superior, but a speaker shoot-out conducted in 2001 featuring a line-up of 11 different pairs of LS3/5A ( both 11- and 15-ohm versions) found that there was little to choose between them. As one listener remarked: “Whichever way you look at it, there wasn’t a bad one in the lot.”

The sound of the LS3/5A can best be summed up as natural, uncoloured and truthful. It is unsurpassed when asked to reproduce solo voice and acoustic instruments at sensible SPLs, but is not best suited to loud rock or dance music. The astonishing level of accuracy that the speaker possesses is the result of a lengthy voicing process, with each octave in the audio spectrum being critically tuned by ear.

As a mini-monitor, the LS3/5A does not reproduce extreme low-end frequencies, but in the 1980s Rogers introduced the AB1 bass extender, which provides an extra two octaves of bass. Some prefer the more full-range sound this combination offers, but others point out that the quality of bass reproduction is sacrificed for quantity.

The LS3/5A spawned many imitators, including the Rogers JR 149, which incorporated the LS3/5A’s KEF drivers in a cylindrical enclosure; more recently, Stirling Broadcast released a BBC-approved Version 2 of the speaker, utilising new bespoke drivers (the KEF units are no longer made). Often copied but never bettered, the LS3/5A remains the best-loved mini-monitor of all time.