From the company that brought you The MixCube comes The Abbey – bigger, more accurate and built for a totally different monitoring experience. Andy Jones flexes his arm muscles… 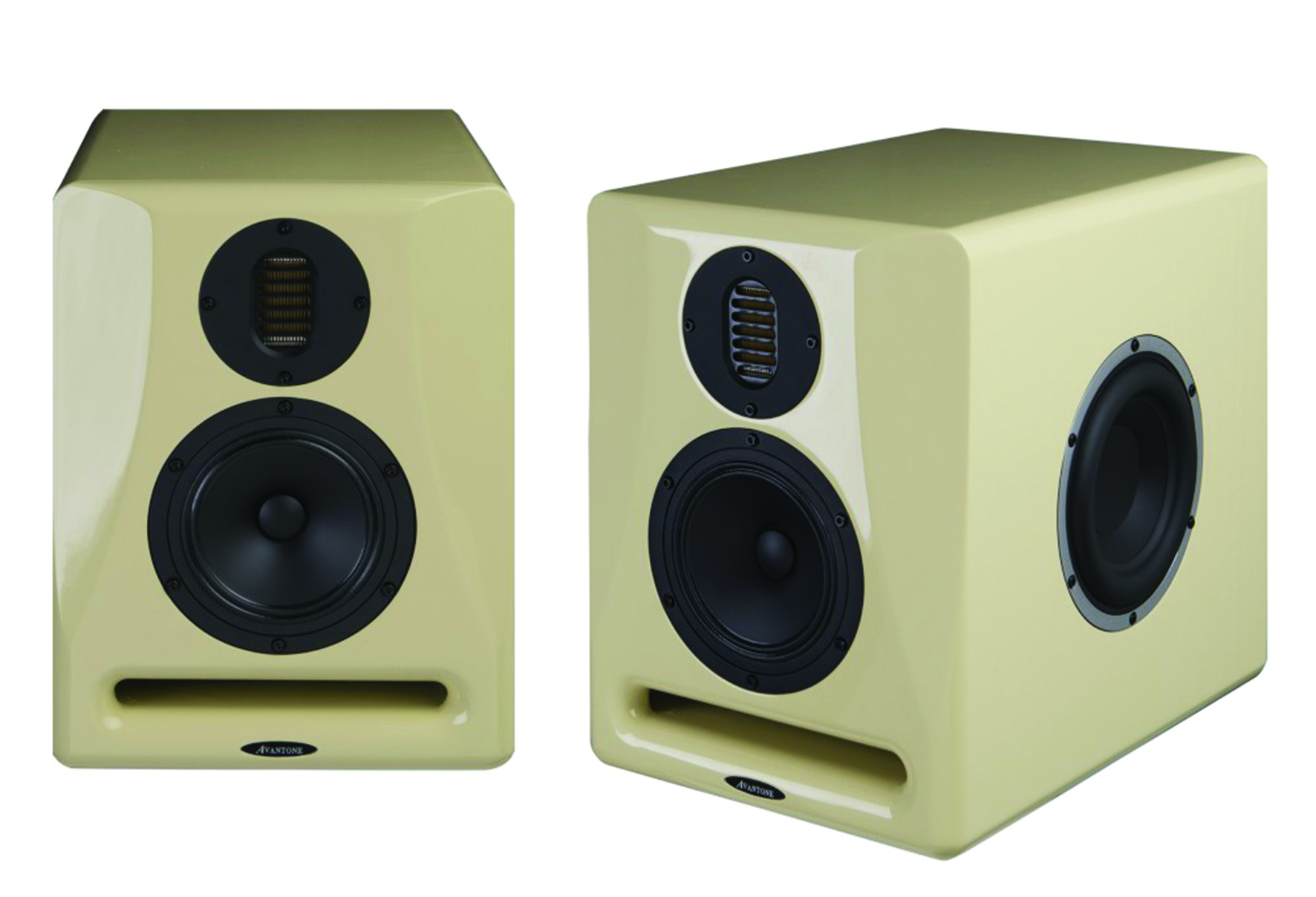 Avantone Pro is a company determined to produce great-quality products at realistic prices. It claims to either invent studio equipment that is all-new in scope, or to fill gaps in price point or quality for existing product groups – in particular speakers, headphones and mics.

You might remember the company’s MixCubes – a monitor designed to be used as a secondary studio-reference speaker, one that follows the ethos of the Auratone Super Sound Cube (and arguably, to some extent, the NS-10 monitor).

Avantone describes them as: “The best-made bad-sounding studio monitor on the market,” as they are great at replicating what your mix will sound like on a less-expensive system – one that might be out there in the real world, rather than in studio land. The thinking leads towards the saying: ‘If it sounds good on these, it will sound good anywhere.’
The Abbeys are the company’s three-way speakers and a very different beast, even if they do share some of the looks.

As it happens, they were originally designed as an extension of the MixCube, but then took on a life of their own, as the Avantone designers took a no-compromise approach when it came to components and technology; leading to a system that the company assures us, “will give you a sound-reproduction tool capable of performing under the most exacting conditions”.

Everything about the aforementioned design suggests precision. With three-way speakers, each driver covers a range, and the crossover frequency of each needs to be accurate and tight to offer a seamless listening experience across the range (in this case, a not inconsiderable 35Hz to 38kHz). As such, we have a 24dB/Octave Linkwitz Riley filter which offers a steep slope, so is precise and doesn’t offer much in the way of overlap between the drivers.

This should cut down on unwanted effects, such as lobing, where similar frequencies interfere with one another to cause phase issues. It also allows for more flexibility with the design, hence the side positioning of the subs in this case.

The design should also help deliver more power – and with an SPL figure of 108dB, sensitivity of 104dB and RMS ratings of 100 watts for both the high and mid drivers and 200 watts for the sub, the specs certainly shout ‘oomph’.

The first thing that strikes you about The Abbeys is the weight. These things are big in density and size, at least depth-wise anyway, and possibly deeper than you might have catered for as, unusually, the depth is the biggest measurement. However, as the porting is at the front, you’ll be able to put these further against your studio back wall.

Weight is not something I’m going to criticise a speaker for – in fact, I only get annoyed with it as I have to lug so many boxes around – but, again, you should be aware of it, just for transportation purposes. Once they’re in place, of course, you shouldn’t have to move them again (and at 16kg, you won’t want to).

They’re available in two colours, black (on test) and cream. The cream look and gloss finish certainly give them that vintage air – you could see speakers, or at least gear of this aesthetic, at namesake Abbey Road Studios, probably being operated by a gent in a white coat speaking the Queen’s English. And it’s not a look as ‘Marmite’ as the company’s Pro MP1 MixPhones headphones that we tested a few months back, which certainly gleaned as much praise in our office as they did disdain for their unique look. These, I think, won’t suffer the same fate and will appeal to far more people on looks alone.

Avantone says that it has “designed a system so excellent that it will not require adjustment when used in appropriate environments”. That’s a little cocky, but it has backed its boldness up with little in the way of sonic control, so there are few switches and dials around the back of the speakers – just volume, Ground Lift (to sort ground-loop issues), On/Off switch and a switch to add or subtract 1dB from 10kHz up, to sweeten the highs if you need it. A combi balanced jack/XLR input completes the sparsity. Powering them up – and some kind of front indication of power would have been nice – and we’re ready to go.

The weight, combined with a larger rubber-like bass, means that these things are not going to be prone to vibration (nor any movement, come to that) – once in place, these will be there for a long time. After a hefty setup and explanation of the design ethos, I was expecting quite a bit from The Abbeys. The first thing that hit struck me was the word ‘smooth’.

After some extended listening with my usual pool of double-named band standards (Talk Talk, The The, and a bit of Leftfield – yes, I know) I was convinced I could actually see a pretty flat response.

The design really works well, with the subs slotting in nicely to the sides of each monitor. So no extra sub is required and, even though each one weighs a tonne, when you take into account the full range that each conveys without the need for any accessories, you can forgive the weight and depth – dare I say they are even fairly compact, compared to some setups?

And while we’re talking bass, I initially thought that frequency response was a little overpowering, but argued with myself that this could be the aforementioned design offering me frequencies that I’m not used to in my normal setup. Interestingly, the effect was only noticeable on nearfield listening and with certain tracks, so I’m not being too critical and do consequently think that these are a little more than nearfield speakers – and more ideal for medium-to-large setups.

As you might expect, the mids are stunning, offering a vocal and a guitar sound second to none, as a few spins of The Cocteau Twins quickly revealed. Avantone says that this is down to the crossover points being on the exact boundaries of crucial listening – and I’m not going to argue with them here. Better still, they’re not engulfed by the bass, which is something I was initially wary of – they stand proud alongside them and the whole depth and breadth is smooth.

Finally, you can drive these speakers loudly – very loudly. Again, this extra power points towards larger setups benefitting from the speakers and they may be overkill for smaller setups… rather like driving an F1 car through a village.

Overall, The Abbeys are smooth as you like – it’s that ‘s’ word again. These are full, deep and revealing monitors. The space you get inside their imaging is incredible, so if you consider your mixes in two, even three dimensions, you can explore every nook and cranny. They’re highly recommended for anyone with medium-to-larger setups and the value is high compared to other three-way systems. Powerful, accurate, superbly built and a great sound… you don’t need more in monitoring.

We haven’t looked at that many three-way speakers of late, but you might want to consider the Dynaudio Compact mkIII (£514 each, more from www.audiodistributiongroup.com) and add the BM9S II sub (£946) to get you a fuller range. For similar money, all told, you could get the Focal CMS 65 (£400 each, www.scvdistribution.com) plus a CMS Sub (£629). Finally, the Eve SC208 (£534 each, www.eve-audio.com) and TS108 sub (£450) will offer you a three-way setup for slightly less outlay.