XTRAX STEMS is an easy way to break mixes down into their constituent drum, vocal and music parts. Andy Jones tests the sub $100 extraction wonder… 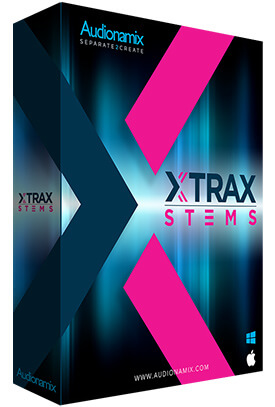 For as long as I can remember working as a music technology journalist – and that’s a maximum of the full 25 years on a good day, or as little as 10 minutes on a bad – people have wanted to get into stereo mixes and carve them up.

They have wanted to go in, grab a vocal here, a beat there; to extract something or other from a song and use what they’ve extracted as a starting point for something else – a remix, a bootleg or whatever. And for pretty much as long as I’ve been doing this, it’s largely been a bit hit and miss in terms of the results.

I guess Celemony was the first company to get it right. I remember a particular Frankfurt show where I witnessed my first Melodyne DNA moment: a complete mix in pieces on the screen and then the demonstrator rewrote the bassline in front of my eyes. It was black magic – and still is.

Melodyne can extract pretty much any track from a song like that – all you need to do is identify the blobs you don’t want and leave the ones you do, and more recent versions offer all sorts of clean up features.

Melodyne, then, is probably the most solid title for the job, although many DAWs now come with their own audio pitching and analysing tools. The only problem with Melodyne is that you need to know a little about pitch, about effects, about how audio works and some techy stuff. 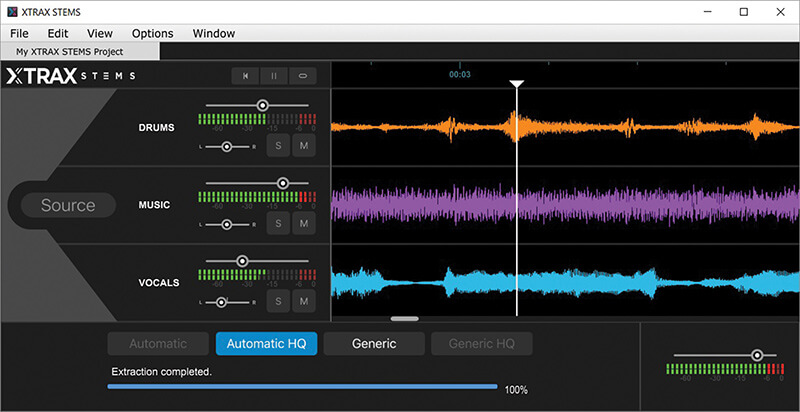 Not much, but enough to put some people off. The kind of people who just want to shove a mix into a box, press a button and wait for it to spit back the vocals, the drums and the remaining music all in one go. Yes those sorts of people. They want it all, all in one go, and why not make it less than a hundred bucks while you’re at it? Those people, eh? What are they like? That’s you that is. And me come to think of it. So we all might like XTRAX STEMS as it claims to be the first ever automatic stem creator and it’s just $99…

Considering what XTRAX STEMS claims to do, that price tag seems incredible. This software is basically the front-end for some of Audionamix’s big extraction technology – the company is renowned for its more expensive high-quality titles in this field.

XTRAX STEMS is therefore really just an interface with no processing (bar simple mixing) as the machines at Audionamix’s Paris HQ do that for you after you have uploaded your song to be extracted to them. STEMS therefore requires a high-speed internet connection for this upload.

The software offers four types of processing to break the audio down into the drums, vocals and music: Automatic, Automatic HQ, Generic and Generic HQ. Automatic is recommended as the one to start with as it is ‘more likely to discern and separate only the vocals compared to the Generic options’.

Automatic HQ takes longer, but should give you better results. With the Generic algorithm the vocal stem is created more from the main melody, so if it’s been missed out by the Automatic versions you will find more of it here. Finally, Generic HQ focusses solely on the main melodic part but uses a different, unspecified algorithm and actually worked best in my tests along with Automatic HQ.

After the processing takes place, you get the three extracted stems on screen in orange (drums), purple (music) and blue (vocals). Interestingly, this is in the Native Instruments Stems format (introduced in the most recent version of the software) which has been adopted by DJs who want to break songs down in this way for live remixing, so we know at least part of the market that XTRAX STEMS is aimed at.

The rest of the GUI offers simple mixing (panning, level, solo and mute) controls for the three stems plus playback controls and the option to export the stems or the mix. 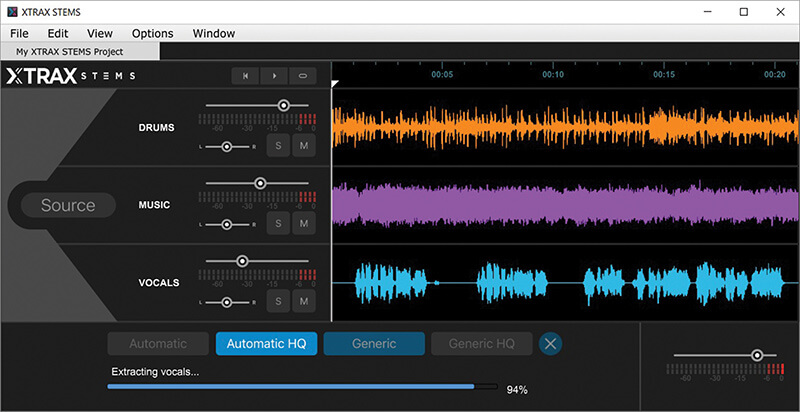 Do you remix and get frustrated at the quality of your source material, or that you can’t access the vocals and beats you require? If so then this could be $99 well spent. You won’t always get perfect results but you’ll get something that you can use within a remix – as long as you’re prepared to work to mask artefacts – or as a template for an original composition. The fact that it does what it does for $99 has to be applauded.

A quick note on that ‘fast internet connection required’ point. Mine is slow and uploading took around 10-15 minutes per track, plus another three to five minutes of processing. I do have particularly slow broadband though so you will almost certainly get better speeds.

These (albeit personal) delays also did make me question why I had to upload my stereo files to Audionamix’s HQ in the first place. Is the processing really that great that my computer can’t handle it? It can certainly handle what Melodyne does with ease.

I honestly don’t know the answer, but it does conjures some kind of HAL 9000 monster computer number crunching my stereo mix into stems and then spitting it back down my slow internet line at me (while probably creating a suitably evil ‘daisy, daisy’ vocal stem at the same time).

One other point, and that is to make sure you use as high a quality input mix as you can find – the software goes up to 32-bit 96kHz. MP3s work, but if they are low quality, you’ll find more artefacts on the results – it’s an extension of the old ‘garbage in, garbage out’ rule, I guess…

And so to the results – and they’re varied. I tried some acoustic songs and the more sparse arrangements broke down better into stems, as you might expect with easier mixes to deal with. There were fewer artefacts, particularly on the voice. With electronic arrangements, the sparseness of Kraftwerk’s Radioactivity gave me decent vocals and drums. I did push it too far by loading up Air’s Kelly Watch The Stars with its vocoded vocal – bit of a disaster.

Overall the resulting vocal and drum stems worked best. The music stem was the weak link, as it seemed to suffer from artefacts at both ends although, oddly, it worked really well on one of my own mixes. Some complex mixes stood up surprisingly well, others not so. With vocals there was no results in my tests where I got one that was completely artefact free, but that’s not to say they are not useful.

Many of the stems I ended up with could easily be used in remixes (in fact some of the vocals I’ve used in the past to remix with came from the original multi-tracks and they were worse quality!). The art of remixing means that artefacts can be edited out before being mixed or masked by other elements in the mix.

By far the best results, though, were generally on the drum stems. These could easily be mixed into other loops or used as programming templates to create your own beats via MIDI or audio programming. At a push you could also use some with careful editing on their own, as I did get some that were untouched by artefacts during at least some parts of a song’s duration.

For under $100 you shouldn’t expect completely clean results and you will have to experiment to get usable stems in some instances – particularly with denser mixes. However, as a tool for flexible remixing and creating DJ mixes, XTRAX STEMS has a lot of uses. For super-quality precision audio Melodyne DNA might give you better results because of its extra processing power but XTRAX STEMS has a lot to offer in terms of instant gratification considering the amount of processing that it does. 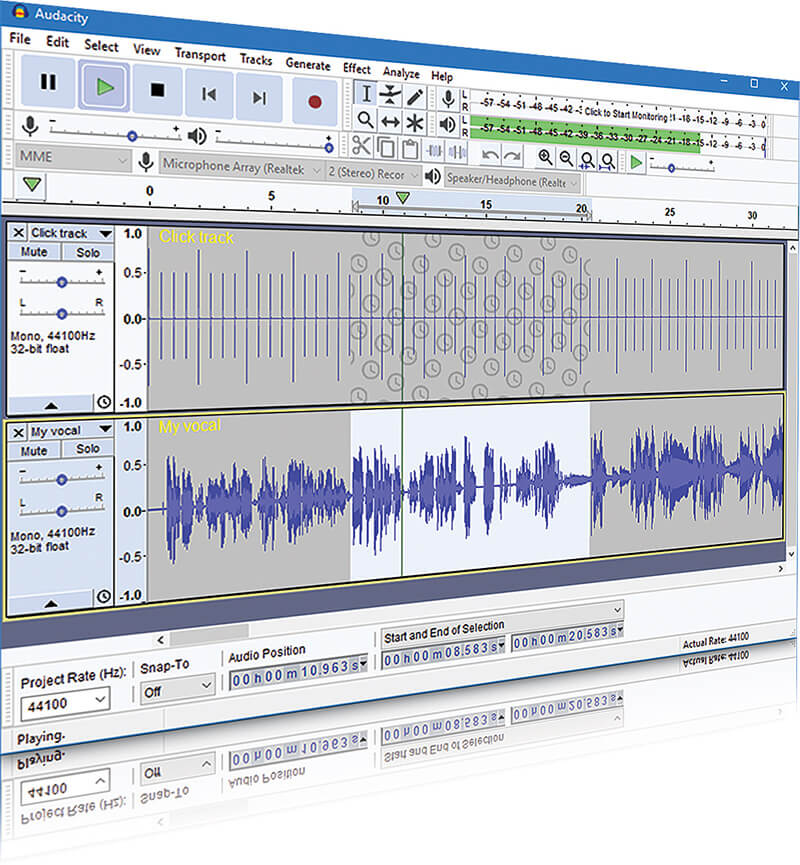 It has to be said that there isn’t much else out there to directly extract audio although in the freeware world Audacity does do claim to do it, but it is a bit of a faff. So that $99 on XTRAX STEMS might be money well spent after all. 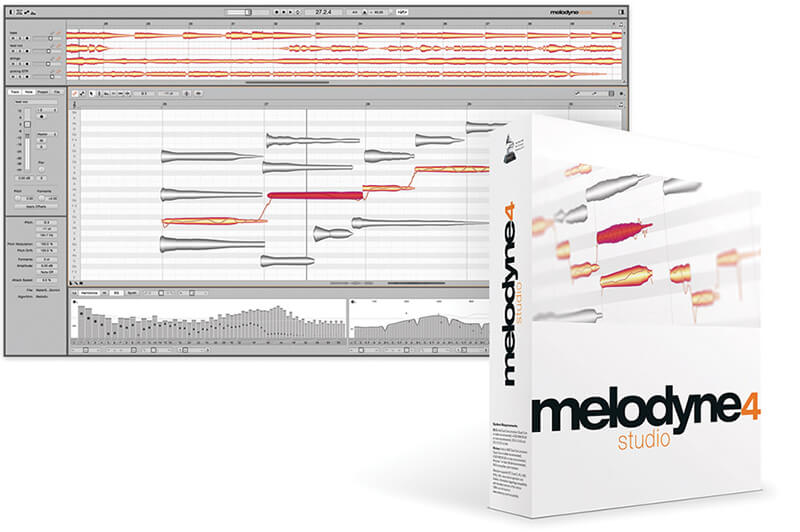 It’s the one that started the whole ‘get into your stereo mix’ thing and still does a fantastic job. Not as instant as STEMS and more expensive, but you can easily identify and remove notes and parts in a mix to leave stems.