Audio-Technica has built a solid reputation for its M-series professional headphones. Here’s a look at the ATH-M60x, the latest addition to the product line Price £179 Contact Audio-Technica Ltd I’ve been a long-time fan of Audio-Technica microphones – I have a number of well-used and well-loved examples in my mic cupboard. I’ve also heard good […] 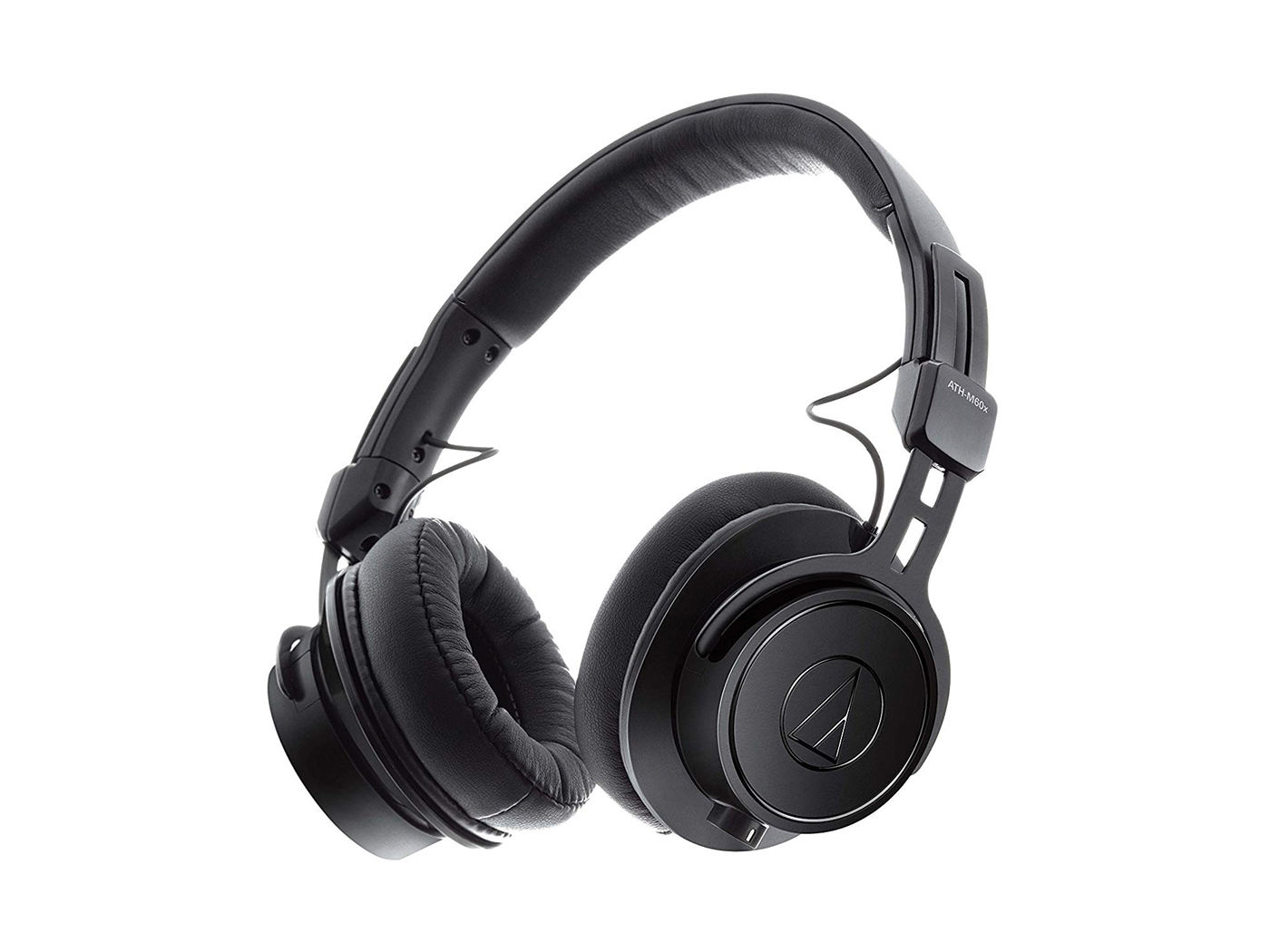 Audio-Technica has built a solid reputation for its M-series professional headphones. Here’s a look at the ATH-M60x, the latest addition to the product line

I’ve been a long-time fan of Audio-Technica microphones – I have a number of well-used and well-loved examples in my mic cupboard. I’ve also heard good things about the company’s M-series headphones, so I jumped at the opportunity to check out the ATH-M60x, the latest in that product line.

The M60x’s are a closed-back on-ear headphone. On-ear headphones tend to be used less in studios than over-ear, as the latter generally gives better isolation, which reduces problems with the sound spilling to recording mics when working with acoustic instruments.

However, with soft, plush memory foam pads wrapped in a supple fake leather, the M60xs create a snug fit against the ear that’s both comfortable and effective in preventing such spill. Being on-ear also makes them feel less claustrophobic during extended use, and it’s easy to get the drivers into the perfect position for your ears, as they move easily when making adjustments, but hold firmly when in use.

The headphones come with three interchangeable cables: 1.2m and 3m straight cables, plus a coiled cable that stretches to a 3m limit. One end of each cable has a 2.5mm jack that fits into a socket recessed into the headphones’ left-hand driver.

The barrel of the 2.5mm jack and the barrel of the recessed socket have a twist-and-lock mechanism which fixes the cable in place and protects the socket against strain and tugs. At the other end, the cables are terminated with 3.5mm mini-jacks, although a 3.5mm-to-6.3mm screw-on adapter is also provided. All the plugs are of the corrosion-resistant gold-plated variety.

There are various functions that headphones fulfill in the studio. The most obvious is as an alternative monitoring solution, either for when comparing mixes between different monitors, or when you want to work quietly and/or privately. Good headphones can also reveal sonic details that aren’t apparent when listening on full monitors
(it kinda depends on how good your monitors are, of course), and by closing out external noise they can help in tracking-down unwanted and extraneous noises and artefacts in a recording.

Headphones also have a vital role to play when recording with live musicians and acoustic instruments, where they are generally the perfect monitoring system for the cue mixes fed to the musicians.

I tested the ATH-M60x’s in both of these settings – control room and live room – using them during some sessions. I also performed some listening tests using a range of different material, containing different frequency makeups and sonic properties; with a frequency response reported as 15Hz to 28kHz I expected to get good results here.

The clarity of the sound is unquestionable, with a crisp and sparkling top-end, detailed mids and a tight, well-balanced low end. However, I did feel there could be more definition in that lower end, and that it deserved to be deeper and richer given the stated low frequency response.

More noticeable was a pronounced peak at around 2kHz which added a harsh edge to most material. This can be dialled-out if your headphone signal path has some EQ available to it, which is what I did, but you could also become familiar with the peak so as not to be mislead by it when performing critical reference work with the M60xs.

Whilst this peak may be a nuisance in a control-room setting, in the live room it proved to be the opposite: I used the M60x’s for cue mix monitoring during a vocal session, and here that 2kHz peak helped the direct-monitored vocal signal to cut through nicely, thereby allowing the monitoring level to be kept comparatively low. This made for a much more comfortable singer, which in turn made for some really good takes. The lower monitoring level also meant that the spill from the headphones, which is well-controlled anyway, was further reduced.

The M60xs also work well at higher volumes – retaining their crispness and clarity even when the volume approached painful levels, making them ideal for drum sessions and full band sessions too. Given this ability to deliver very high SPLs, it’s handy that the M60xs feature a built- in limiter, capping the peak signal level at 105dB. 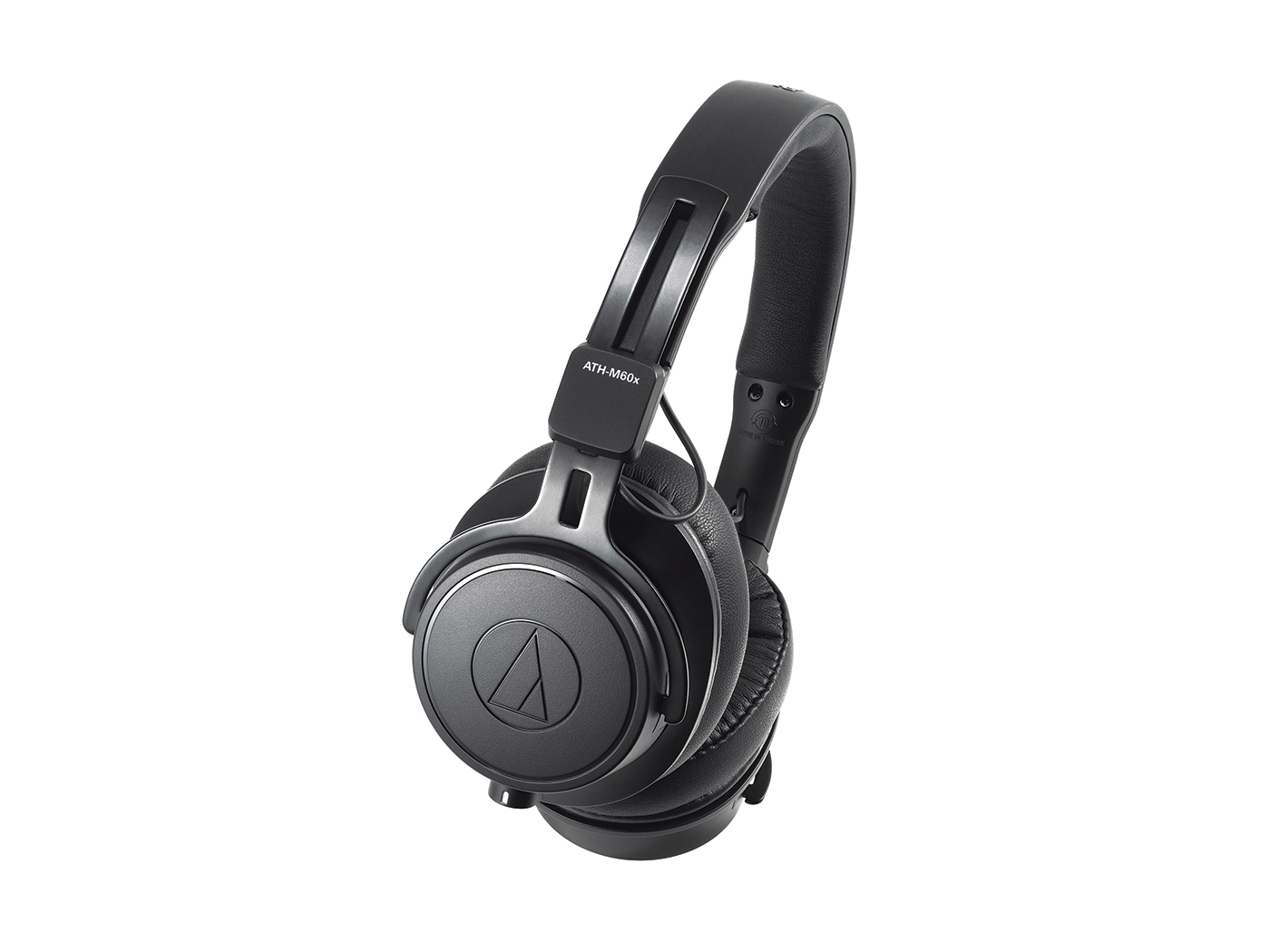 The ATH-M60x headphones are rugged and feel well-built, yet are lightweight and comfortable to wear for extended periods – more-so than claustrophobic (and often sweaty) over-ear designs. The M60xs also suffer from less spill than many other on-ear headphones, and so are a viable alternative to over-ears even when recording quieter instruments like acoustic guitars and vocals.

The tonal characteristics of the headphones may impact upon their usefulness in the control room, and even though this can be easily mitigated it’s still disappointing in headphones that cost £179 – not the most expensive cans by any extent, but not cheap either. However, those tonal characteristics work in their favour in a live room environment where their vocal presence peak, crisp sound and clarity at higher volumes makes them an excellent choice.

They also serve as a highly recommended choice of listening headphones: if you’re in need of some late-night inspiration or sample-browsing, then these ‘phones are well equipped for the task, or even just to kick back and listen to some records and/or movies. However, of course, that’s not our usual angle of review. But it’s worth noting.

All studios need at least one pair of headphones, and these are worthy contenders. The build quality is excellent and they’re comfortable to wear. They deliver a crisp sound, although lack a depth at the very low end. A presence peak at around 2kHz needs to be dialled-out if using these cans for reference work in the control-room, but in the live room that presence peak can be beneficial, especially when tracking vocals, which cut easily through the cue mix.