The latest library from Audio Imperia brings cinematic orchestral, vocal and percussive samples together. Dave Gale is, wait for it, the Jaeger master… 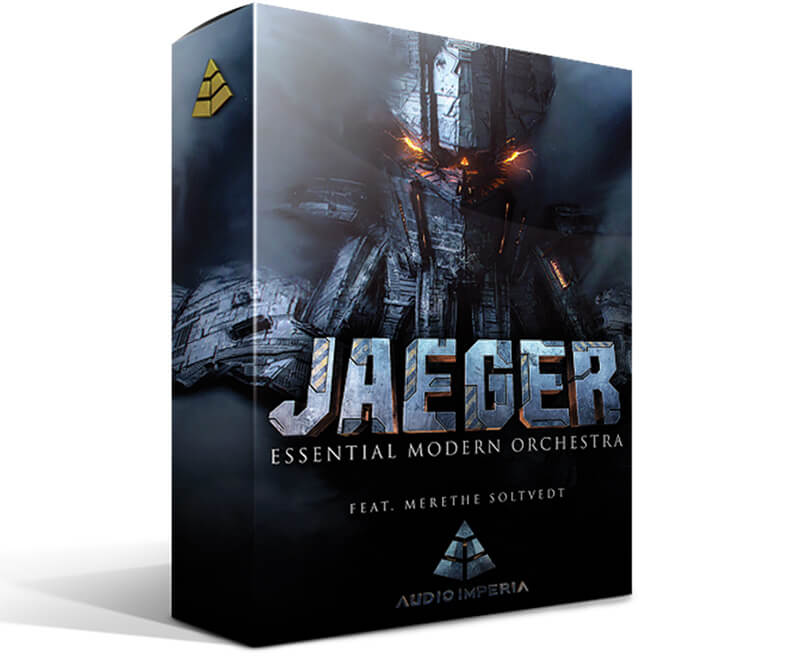 One market that is becoming a fierce battle ground, is the somewhat befitting world of orchestral libraries with ‘epic’ tendencies. Derived from the German word for Hunter, Jaeger is the latest to join this clan, with a highly impressive array of sample choice and colour.

Each of the included sections is divided into Hangers, with the first area for inclusion being Strings. There is no Violin 1 & 2 on offer here, just a single 16-player Violin section, alongside Violas, Cellos and Basses. There’s plenty of articulation choice and, starting with the Legato Violins, movement from one note to the next is fairly gradual.

This is because Audio Imperia has included a degree of control over the legato speed, immediately available via a control on the user interface. Once the timing is shortened, the resulting legato phrasing is swift and highly impressive. Legato patches are available for the Violin and Cello sections, while dynamic control is really effective and smooth, with a hint of agitated vibrato as the mood intensifies.

In terms of tonal colour, it’s fair to say that Jaeger has a West Coast quality, which is hardly a surprise, as it’s aimed at soundtrack work, so if you’re looking for a traditional English string section, this will not be the colour you will have in mind. What you do get is something quite closely mic’d, which I have to admit I found exceptionally nice to work with, due to its immediacy and the real sense that you can hear the rosin on the bow.

As we move on through the numerous articulations, it quickly becomes clear where these sounds will thrive. The subtly differing note lengths between the Staccato and Spiccato, alongside a healthy number of Round-Robins, will keep interest in performance translation. There is no Pizzicato, rather replaced by the more epic Bartok Pizzicato, with the string slapping back firmly against the finger board.

Similar to the Legato timing control, there is also a Sample Start control. The rationale here is that Audio Imperia wanted to include a sense of space before the start of each sample, so 125ms of that space is recorded, from the outset of the trigger.

While on the face of it, this could be considered a little bit of a pain, it’s actually quite a boon, as it allows the user complete control, depending on the tempo of the music being produced. It’s very easy to move from medium tempo articulations, which nestle on the back of the time, to up front and tightly-clipped articulations, making it a very usable facility to have at your disposal. 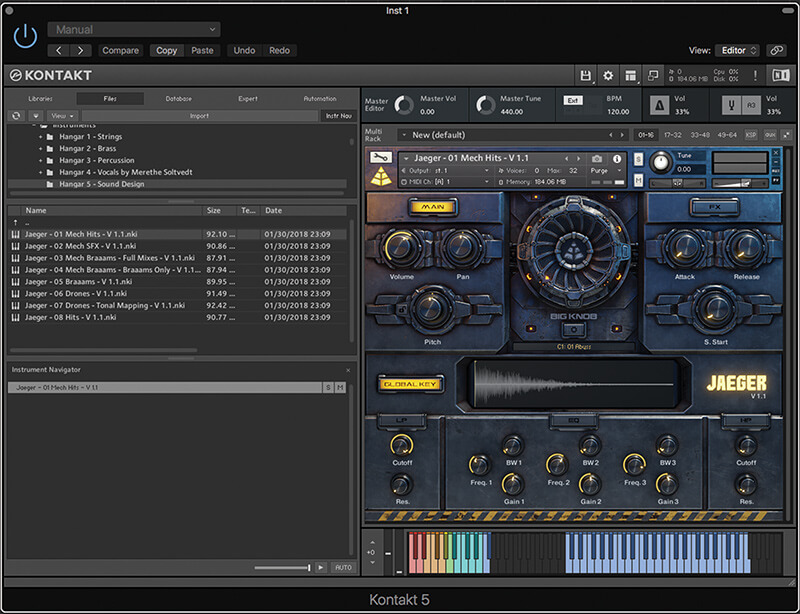 The usual ability to key-switch is also accompanied by a key-switched FX section, which brings into play a patch-level set of parameters, which include such wonders as distortion and gating, clocked nicely to the DAW tempo.

These parameters are available from the centrally located FX page, with the added quotient of the tastefully named Big Knob, which you can’t miss. By applying this, assigned effects will saturate the given timbre to induce a change of tonal colour. Particularly good for gently increasing distortion over time within the DAW.

As if to nail the epic manifesto to the mast, the colour of the Strings Hanger truly resonates when working as a Tutti section. I was very taken with the original mix which comes straight out of the box. This could be considered a little dry for some, but that’s an easy fix, thanks to the addition of the Far and Wide microphones, without resorting to DAW based reverberation.

The next two Hangers offer Brass and Percussion, with a very similar construct to what we have seen in the String Hanger. Riding the Dynamic control, the Brass can turn a little raspy, quite quickly, and while usable, would be something that might benefit from some external reverberation.

Curiously, I found that the Trombone section did not go very high, stopping on the Eb above middle C. You would expect it to go a fifth higher than this, but there is at least covering fire from the French Horns.

I am being very picky here, because in context, the Brass samples are very usable indeed, with the Trumpet Legato coming in for particular praise. In line with the Violin and Cello, there is control over the legato movement speed, and within seconds I had Born on the 4th of July emitting from my monitors. It sounds sensationally good, particularly at lower dynamic levels.

Not wishing to be outdone, the percussion section also sounded beautifully epic, with a great choice of compensated or non-compensated mic placements, the former giving a much tighter ambient result. Orchestral stalwarts such as Gran Cassa, Piatti and Snares nestle alongside epic favourites; Toms, Taiko and Tam Tam, with a Snare Ensemble giving the sense that battle could commence at any time!

Hanger 5 delivers a non-orchestral area of sound design, but don’t make the mistake of dismissing this. This extensive selection of Hits and Drones is a soundtrack writers dream, and could easily become an indispensable arsenal for anyone in need of some impactful sounds, many derived from percussive sources.

The Mech Hits are simply outstanding, and became instantly bookmarked in my mind for future use, while the high-quality Drones offer otherworldly movement which could be equally useful in shoring up pad-like instrumentation, where the harmonic movement is stagnant. 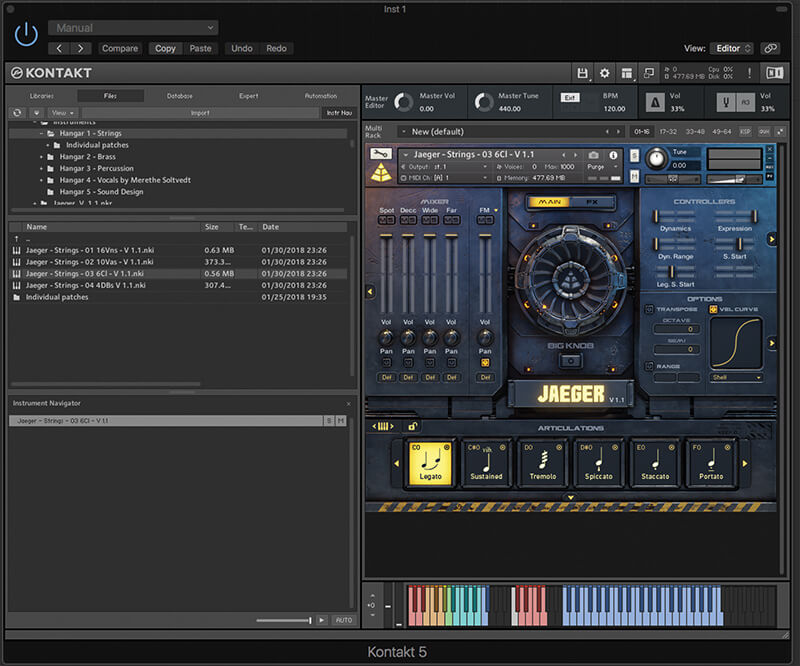 Given the sensible price of this package, it’s a perfect product for anyone who needs a broad selection of cinematic orchestral samples, without too many restrictions. It offers a very wide palette, with certain elements that really do shine brightly, while other areas do not fall short, they are just less in the spotlight.

The strings may be an acquired taste for some users; the String Hanger has an intimate quality, and being a smaller string section, there is a certain sheen to the overall sonic colour that lends itself to soundtrack work, and less to mainstream orchestral composition work.

However, as the product description says, that’s the package’s manifesto and should be heeded. The vocal and sound-design hits are essential listening for any soundtrack composer.

Without wishing to leave the best until last, Hanger 4 offers a series of vocal samples from Merethe Soltvedt, which include Ahs, Oos, and Mms. This section is an absolute treasure trove of inspiration. In the lower registers, the Ahs seem to offer a slight change in tonal colour, but you soon become unaware of this in context.

Moreover, the legato aspect of this sample Hanger is really quite something, and easily in line with the quality of the legato samples heard elsewhere. One tiny criticism relates to the use of the release tail, which is pretty long.

his can be adapted within Kontakt, however and Audio Imperia did mention that it is looking to rectify this little gripe, in a forthcoming release update. There’s also a selection of Sample Phrases, in this section which can be triggered singularly, as required.

Jaeger is a simply stunning library that exceeds expectation in a number of areas. There aren’t really any huge weak spots throughout, just elements that have more prominence, which makes this an excellent consideration for any musician needing an orchestral library geared towards media work.

The Hits section in Hanger 5 will be useful for any soundtrack composer, while the more lyrical components found in the strings and vocal Hangers could prove indispensable. It’s perfect as a standalone library or as a compliment to an existing set-up, with other orchestral sounds. 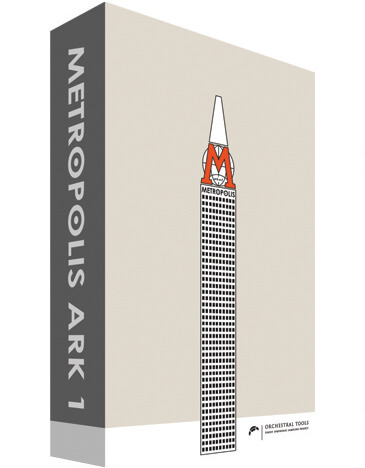 Possibly the library that solidified the concept of the ‘epic’ library, this offers the user a diverse selection of orchestral samples at the louder end of the spectrum. The Ensemble percussion and Choir are highlights. 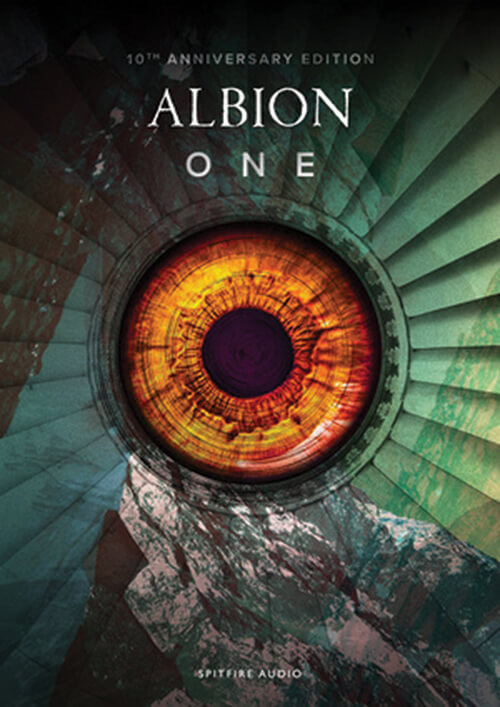 This offers a full collection of orchestral samples with additional content, all grouped together in sections and immediately accessible. Highly desirable if you want to get results quickly, while offering
a great degree of expressiveness.