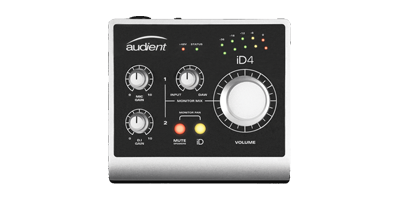 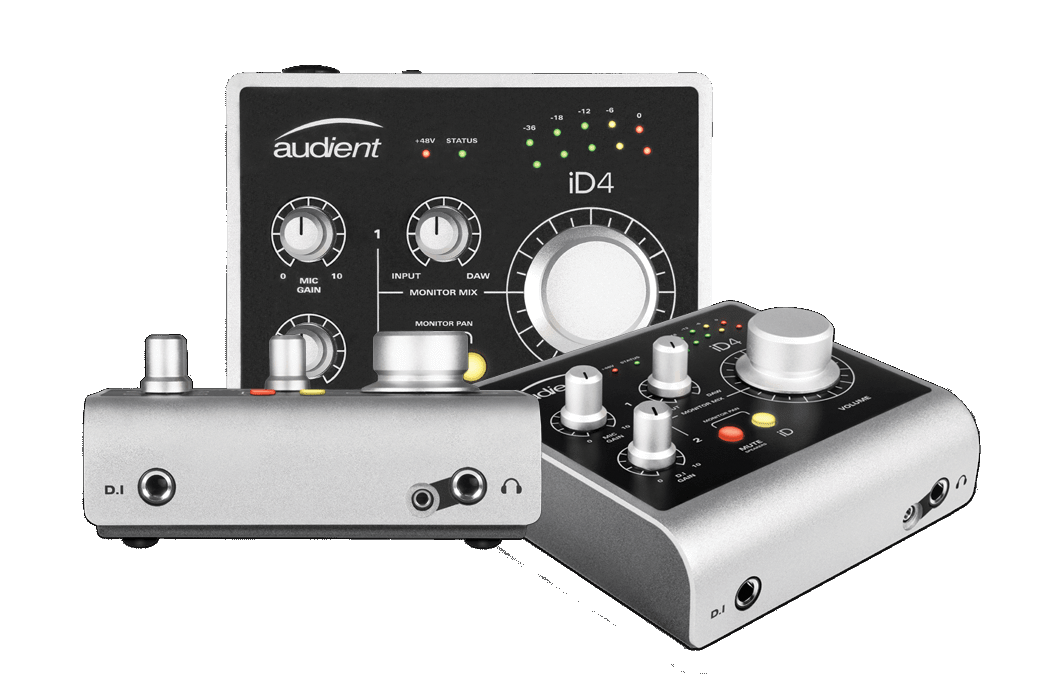 With the iD4, Audient brings exceptional quality audio performance to its smallest interface yet. This time, the company has packed a single mic preamp, a DI, stereo outputs and twin headphone outputs into a unit that can easily fit in your hand.

Additionally, Audient has included a large rotary encoder, which doubles as primary monitor volume, and as a software controller. That’s a lot of functionality from such a small and portable device. Like its larger siblings, the iD4 is based around the AP8024-HE Class A microphone preamp circuit, the same circuit the company uses on its consoles. Similarly, the DI input features the same JFET input stage, which is used to produce a more valve-like response to incoming signals – ideal for capturing the tone of your electric guitars or bass.

With only the two inputs, the Audient iD4 is pretty minimal, but it covers the needs of many musicians whether electronic or acoustic and, as it’s small and buss powered, it can be taken on the road for any travelling songwriters who want to work on the go. 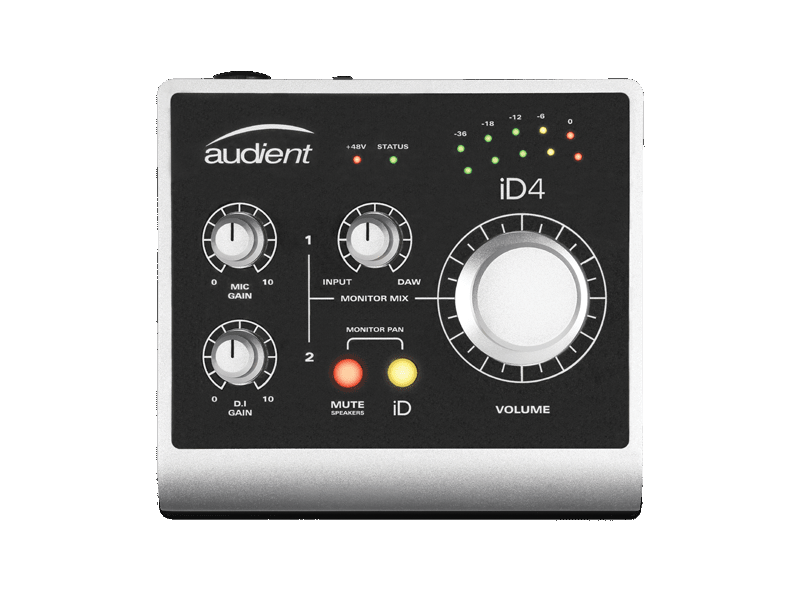 The appeal of larger and more comprehensive audio interfaces can be alluring, but for many, being able to record a single vocal, or a vocal and guitar, is all that is ever needed. While digital interfacing, such as S/PDIF and ADAT are commonly added to increase the I/O numbers on devices, but rarely ever used.

But often smaller interfaces also compromise quality, so the inclusion of the same preamps as the larger models is encouraging. However, the iD4 is not quite simply a slimmed-down iD22. The preamp lacks the optional polarity inversion, pad and high-pass filter switches that are built into the iD22, although it retains the 48V Phantom Power option. With the exception of the pad, this is all easily done in software anyway, and a polarity switch only really makes sense when recording multiple sources simultaneously, anyway. So these are no big loss.

On paper, one thing that has been downgraded is the A-D/D-A conversion. While built around AKM chips, the converters on the iD4 have a slightly reduced dynamic range, most likely caused by running off buss power rather than a dedicated mains power supply. Having said that, however, we don’t see that it is ever likely to cause any problems, and a dynamic range of 112dB is still more than enough to capture all the nuance of any instrument you might want to record, with plenty to spare. 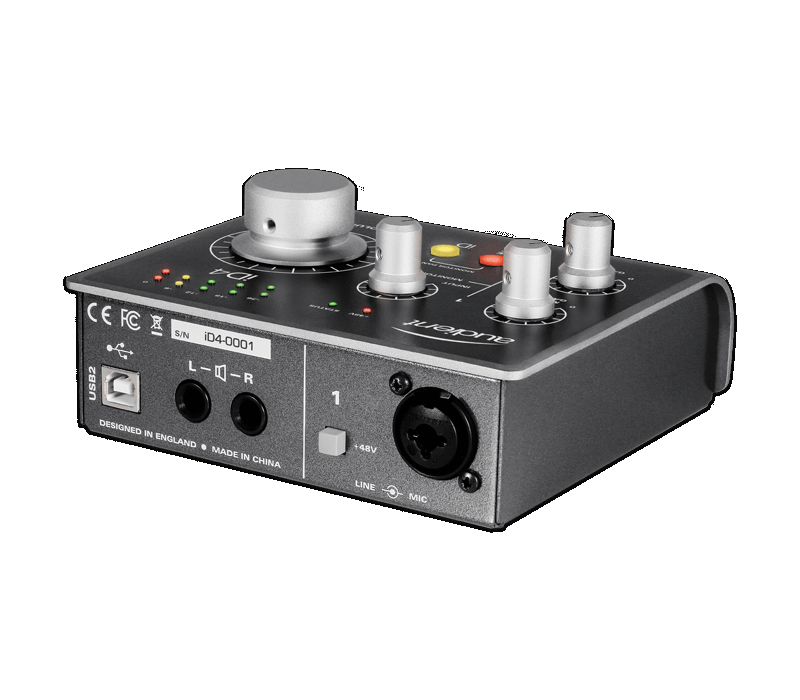 We captured an acoustic guitar through the DI input while simultaneously recording the vocal with an sE Electronics RNR1 through the mic preamp. The mic requires phantom power and a fair amount of gain, but gave us the ability to set the null point to point at the guitar, providing a reasonable amount of separation between the two.

The resulting recording was clean and detailed. The vocal in particular was detailed and smooth, with the room reverb tail, as picked up by the figure-of-eight ribbon mic, producing a realistic space around the vocal. The acoustic guitar suffered a little from being DI’d – not a fault of the iD4, but our dislike of DI’d acoustic guitars – but it had a strong solid low end, which cleaned up nicely with the addition of a high-pass filter, and also benefitted from the ambience picked up on the vocal channel.

Switching to an electric guitar, the signal from the DI, when matched with an appropriate amp, becomes something very useable with plenty of dynamics and edge. 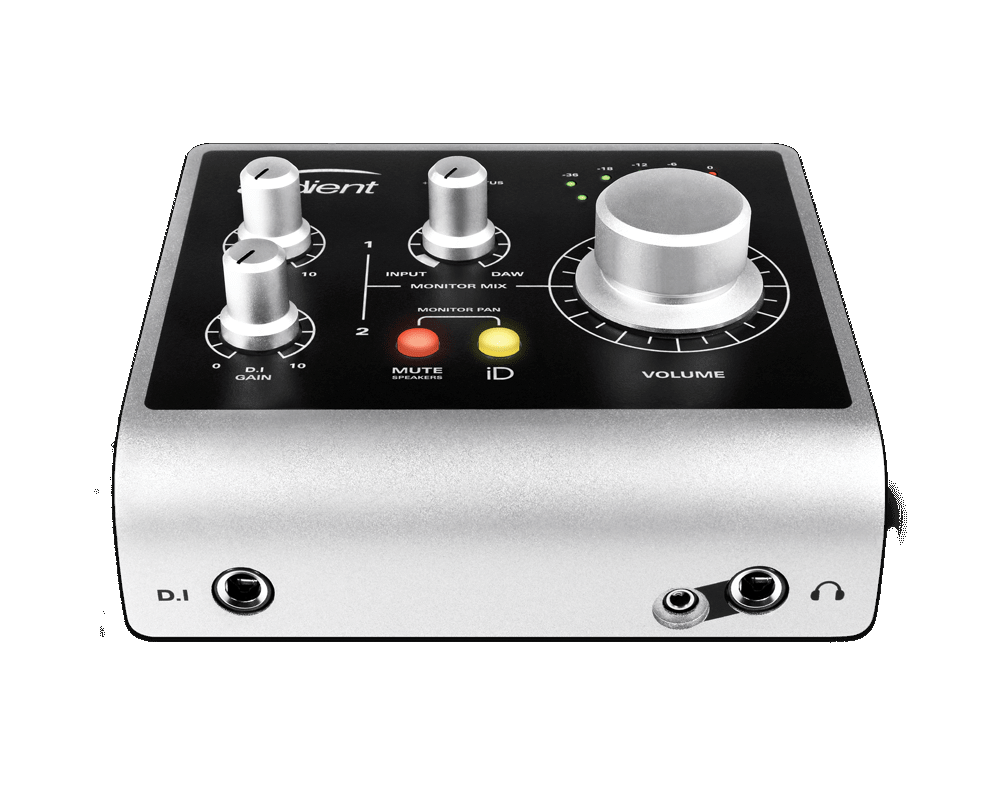 When looking for something small and portable, there are all manner of devices to consider, including the Focusrite Scarlett Solo, which has a similar feature set to the Audient iD4. It is worth considering if you ever plan to make any stereo recordings: if you are, then a step up to the iD14 or a similar device will give you the extra mic preamp, opening up a new realm of recording potential without sacrificing too much by way of portability.

Scrolling In The Deep

Perhaps the most interesting and useful feature on the iD4 is the button labelled simply ‘iD’. This button engages the ScrollControl function, which turns the volume control into a rotary encoder for controlling plug-in parameters.

The controller is auto-assigned to the control the mouse is hovering over. We found this control to be an ideal quick solution to working in the box without a larger control surface – perfect for working on the go. The exact behaviour of the scroll wheel isn’t fixed and will depend on how the software you are using responds to mouse-wheel scrolling, which is what the ScrollControl appears to the software to be.

However, in our experiments with the controller, we were able to control faders, EQ curves and compressor thresholds all with no problem at all. 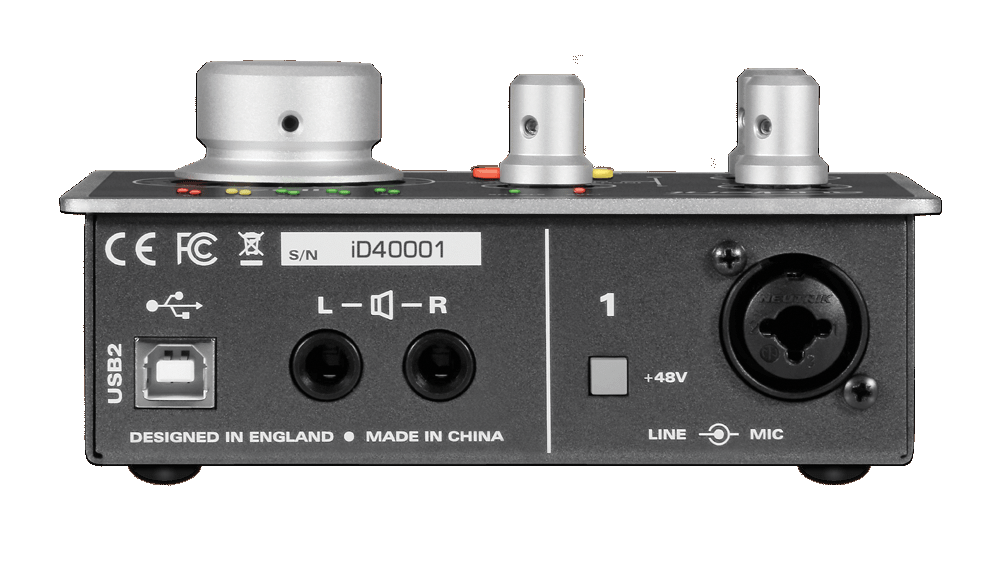 If you’re looking for a small audio interface that doesn’t compromise audio quality for recording while on tour, or simply because the additional channels are not something you’d ever need, the Audient iD4 is an excellent solution. 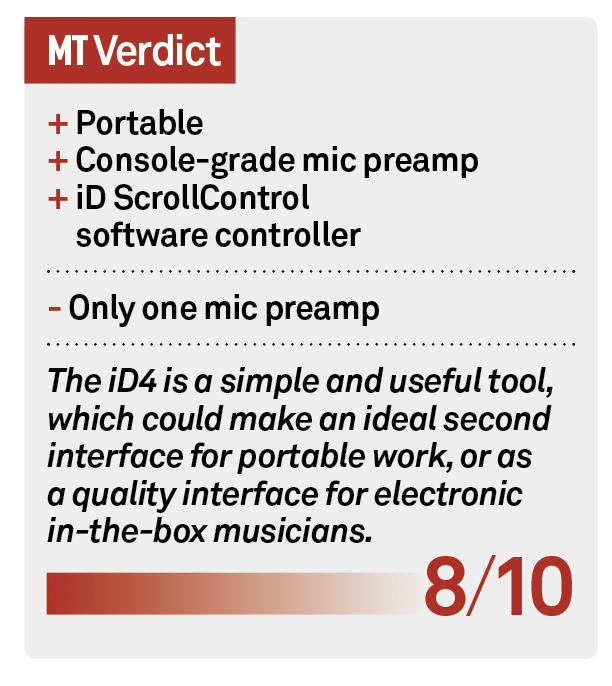