Boasting an exciting idea that could revolutionise the listening experience, the A-01 headphones have been highly-anticipated. Were they worth the wait? Andy Jones finds out… Price $380 Contact Audeara A-01 key features: Wireless noise canceling and self calibrating headphones Frequency response 20Hz – 22kHz Drivers: 40mm Mylar Impedance: 32ohms Operating range 10m Operating time: 35-65 […]

Boasting an exciting idea that could revolutionise the listening experience, the A-01 headphones have been highly-anticipated. Were they worth the wait? Andy Jones finds out… 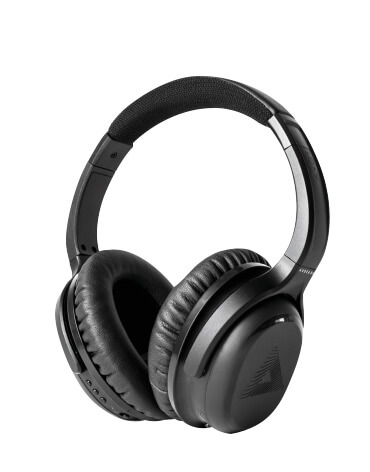 We first heard about this concept about a year and a half ago, and the fruits of this particular Kickstarter campaign have finally arrived in the shape of the A-01 headphones.

The idea is simple: these Bluetooth phones will give you a hearing test on first boot up via a free app and adjust themselves accordingly, the claim being that you will then hear things in mixes you’ve never heard before.

The app sends Bluetooth commands to the phones’ on-board PCB and, after testing, a modulation table is applied and ’adjusts all incoming musical signals to the user’s requirements’. What that means is that the user is tested in both ears and the app essentially reprograms the headphones accordingly, adjusting the levels of frequency bands according to the listener’s results.

We’re not quite sure this could work in a mixing scenario as you always need accuracy with your source material for that, but for listening, it could be a personal and worthwhile experience.

First, we fired up the phones to see what they sounded like ’pre test’ and they were ok, but not exactly mind blowing – a little enclosed and narrow. The listening test can be done in three ways: fast, medium and slow. We took the complete test which took about half an hour and were surprised at just how much we needed to boost levels. It does work, however, with certain areas accentuated or attenuated.

It definitely changed the listening experience, but it was quite difficult to conclude how.

The results were better in some areas and just different in others, and we took the test several times with varying results. The phones also feel a little too cheap for the asking price, like all the budget was put into getting the technology correct. They’re not bad, but the buttons are tiny and the overall feel is a little ’plastic’.

That said, they do work as they say they should. You wouldn’t want them for mixing on – your mixes would turn out tailored to your hearing rather than being accurate – but you might just hear more than you’re used to, and you have to applaud the concept.