Aston’s second mic is another large-diaphragm condenser. Mike Hillier enters the Spirit world…  Details Manufacturer Aston Microphones Price £299 Contact Sonic Distribution Web www.astonmics.com A few months back, we got our hands on the first of Aston Microphones’ new products; the Aston Origin. To say we were impressed is to put things lightly. This new contender […] 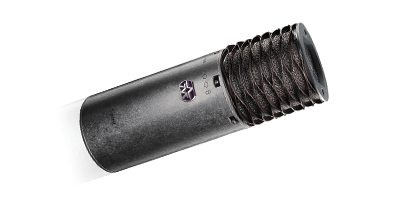 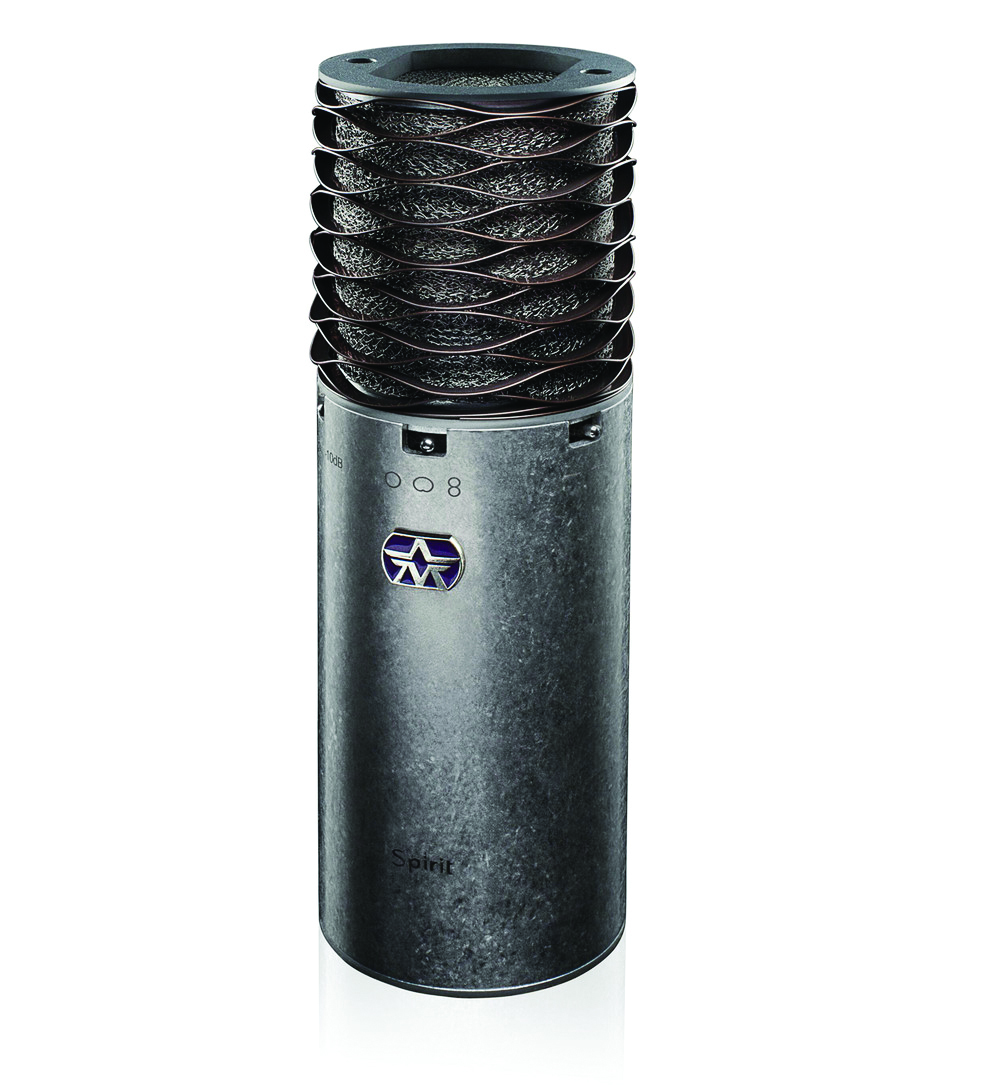 A few months back, we got our hands on the first of Aston Microphones’ new products; the Aston Origin. To say we were impressed is to put things lightly. This new contender seemed to have it all. It sounded great on guitars, piano, in front of a drum kit… and on vocals, it was winning shoot-outs against some of the most sought-after vocal mics in the world. So when a second Aston microphone turned up for review, we found ourselves wondering what more they could bring to the table.

At first glance, the Spirit looks almost the same as the Origin. It’s a little taller, but the body is the same rugged tumbled-steel, with the same wave-form mesh head which gives the Aston mics their unique aesthetic.

Other than the taller body, the only other feature that visually distinguishes the Spirit from the Origin is the presence of a pattern switch between the pad and filter switches. The Spirit is capable of cardioid, omni and figure-eight patterns, giving it a versatility the Origin didn’t have. 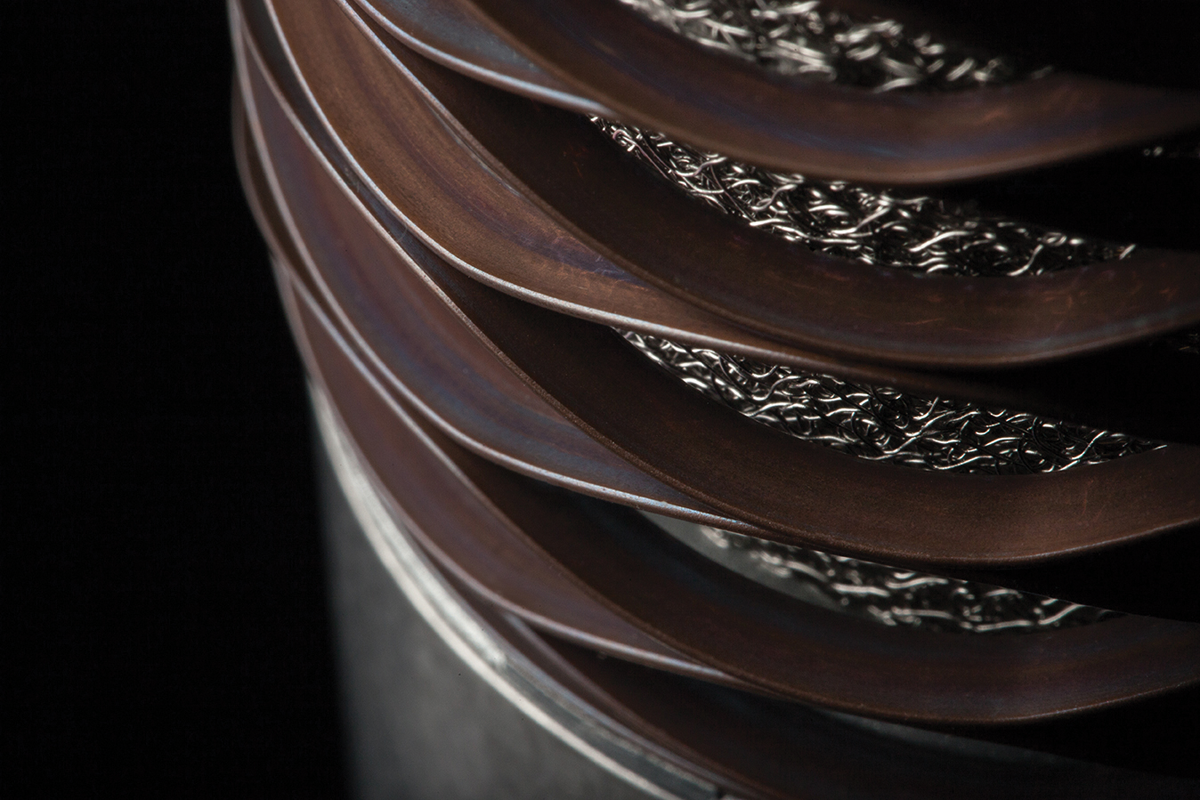 Live Spirit
I had a drum-tracking session lined up the same day as the Spirit turned up, so tried it on a kick drum. I usually like a Neumann U47 FET on kick drum, so began by comparing the two side-by-side.

The Spirit performed admirably next to its considerably more expensive competitor. Both require some scooping of the mids to get to a usable kick sound for most modern genres, but the top-end definition of the Spirit seemed more articulate than the 47.

At the bottom end, though, the 47 seemed to give the kick more weight, producing a larger-than-life sound which can be very useful in some mixes. Next, we tried switching the Spirit to its figure-of-eight pattern, which still helps when dealing with rejection, but can produce a stronger proximity effect to add additional low-end to the signal – a trick we often use when using a Neumann U87 rather than U47 FET on kick drums.

The additional low-end build-up meant we had to place the Spirit a little further back to get a usable sound. This gave the additional low-end to match the 47, but at the cost of some of the articulation in the top end. In this position, however, the Spirit did require less EQ scooping through the mids to get to a sound we would be likely to use.

Next up, we tested the Spirit as a mono kit mic next to an AKG C414 XLS, first in cardioid and then in omni patterns. In cardioid, the Spirit seemed like an enhanced version of the C414, presenting the kit in a similar space, but the cymbals were brighter and the snare cut through with more snap.

The C414, by contrast, seemed almost lifeless. Switching to omni, the Spirit brought the kick and cymbals out even more, but this time pushing the snare back a little. The cymbals now seemed overly bright, bordering on harsh, while the C414 still seemed to present a similarly balanced quality to the cardioid pattern, only with more room tone.

Studio Spirit
Packing the drum kit away, we decided to test the Spirit on acoustic and then electric guitar. Our studio Blueridge acoustic has a big, bold and quite bright tone; it records exceptionally well, but can sound somewhat harsh when boosted in the upper midrange. Thankfully, there was no sign of harshness with the Spirit.

A single mono mic about a foot from the 12th fret and angled in was perfect for our tracking session. When angled more towards the neck, the tonality changed, reducing the bottom-end and bringing out the sparkle in the neck, but still without sounding harsh, or unnatural. 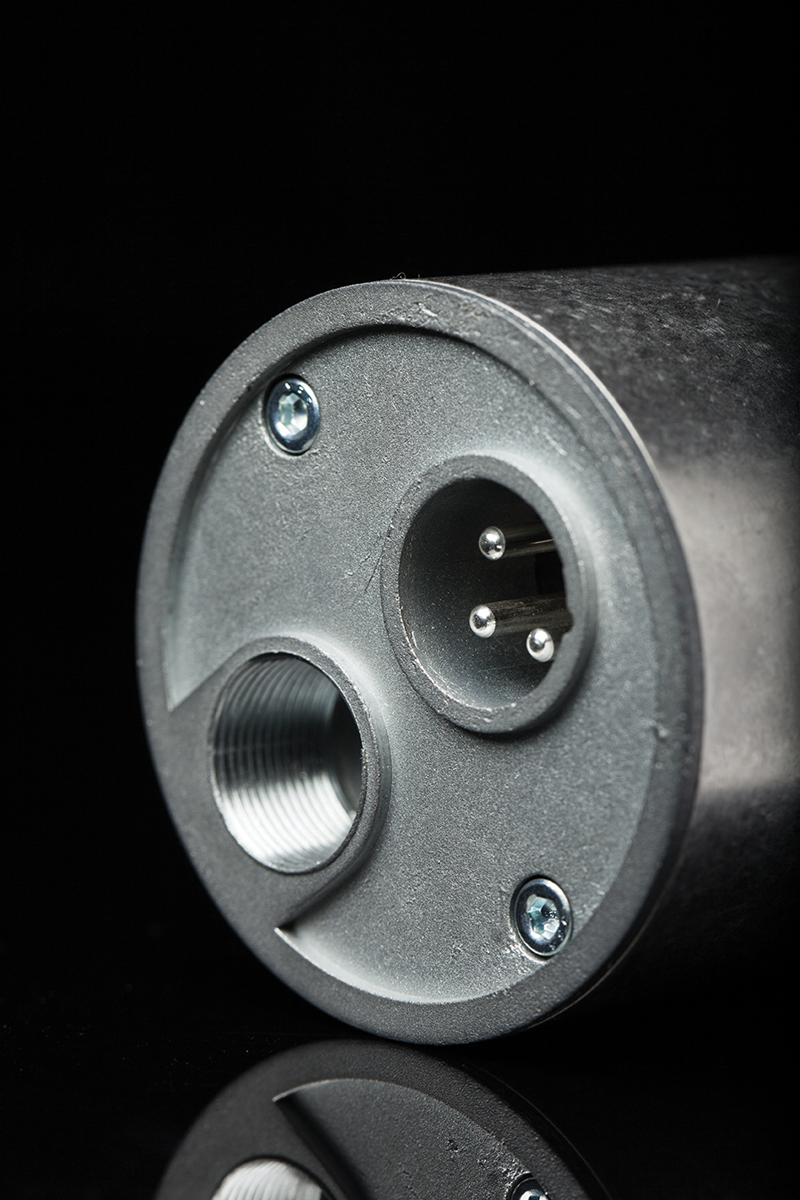 For recording electric guitar, we placed the Spirit in cardioid right up against the grille of our Vox AC30, alongside a Neumann U87 and a Heil PR 20, and then drove the amplifier hard.

Despite all the gain, the Spirit picked up the amp sound well, but did have a bright, slightly brittle quality that we’d want to pull out of the top-end, and which was something we weren’t getting on our recordings with the Aston Origin.

The U87 produced similar harsh brightness, none of which was present on the dynamic Heil mic, which sounded almost comically dark in comparison. Despite this, though, the Heil is often a good choice in the mix, as these additional frequencies may sound great in isolation, but often crowd the mix.

Switching the amp out for a Fender Blues Deluxe produced a very different sound, and one that the Spirit worked with perfectly. There was no harshness at the top this time, and the slight lift worked with, rather than against, the amp to produce a very usable guitar tone, that would need almost no EQ to sit in the mix.

Finally, we tested the Spirit on vocals, and given how well it had performed in our last test, we put it up against the Origin – only this time, on a male vocal and with our Neumann U47 FET on hand as an alternative.

Leaving the Spirit in cardioid position, the two Aston mics were similar, but not identical. The FET47 couldn’t match either Aston in the upper ranges of the vocal, and didn’t seem to catch the snarl in the vocal on the grittier sections. But neither the Spirit nor the Origin sounded quite as forward on the deeper, quieter sections of the performance.

Alternatives
The Aston Spirit expands on the Origin in a number of ways. If you’re just looking for something for vocals, the Origin is everything you’ll need, but if you do want a little more flexibility, the Spirit is a great choice. At this price, there are a good number of alternatives, but we’ve been very impressed with the audio quality as well as the build quality of these Aston mics.

Neat Spirit
All in all, the Spirit is a useful all-round microphone. It performed well at just about everything we threw it on, matching and even outperforming some much more expensive microphones in the process.

If you’re on a budget and need a multi-pattern large-diaphragm condenser mic, then this has to be on your list, but if we could push the budget for a C414, this would still remain our preference. However, if you already have a few mics and are just looking to expand your selection, the Spirit is virtually a must-have. It performs well enough to add to any mic locker, and is also inexpensive enough to demand your attention. 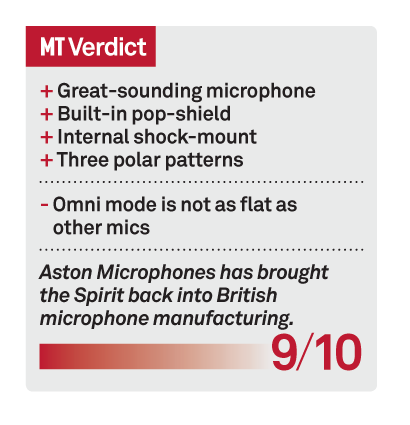