Despite being eclipsed by the Fairchild, the Altec 436 left its own indelible mark on popular music and recording. John Pickford has the story.    The most well known, desirable and valuable of all vintage compressors is undoubtedly the Fairchild 660 (along with its stereo brother the 670), largely due to its use on Beatles recordings […] 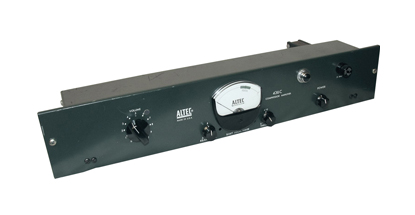 Despite being eclipsed by the Fairchild, the Altec 436 left its own indelible mark on popular music and recording. John Pickford has the story.

The most well known, desirable and valuable of all vintage compressors is undoubtedly the Fairchild 660 (along with its stereo brother the 670), largely due to its use on Beatles recordings made at EMI’s Abbey Road Studios from 1964 onwards. What is rather less well known is that five years before the Fairchild arrived at Abbey Road, EMI purchased several Altec 436B compressors, which, in modified form, also featured heavily on those famous and highly influential records.

During the 1950s, the American Altec Lansing Corporation produced several compressor models originally intended for telephone, broadcast and public address applications. In fact, the company manufactured a wide range of audio equipment, including a mammoth PA system called ‘Giant Voice’, which incorporated Altec 438 compressors, similar to the 436. The 436 series of compressors were all-valve, vari-mu designs, meaning that the amount of compression taking place depends on the level of the signal that is fed in.

Early Altecs were inexpensive and basic; the original 436A model had fixed parameters and no user controls whatsoever. 1958 saw the release of the 436B, which featured an input gain control, then, a few years later, the 436C included threshold and release-time controls. These modifications came about as a result of Altec’s engineers discovering that the cheap 436s were being modified by studio engineers to make them more suitable for processing pop music in recording studios. Maverick independent producer/engineer Joe Meek, for example, used a pair of Altecs – a model 436A and a model 436B – and modified them to decrease the attack and release times, helping him to achieve the heavy pumping effects that were a trademark of his unique sound.

The Altec 436Bs that EMI bought in 1959 (three years before The Beatles’ first sessions) were heavily modified to include an output attenuator and ‘recovery’ switch, which controlled the compression release-time. A unique feature of EMI’s six-position recovery switch was the Hold setting, which prevented a compressed signal from returning to its original level when in use. 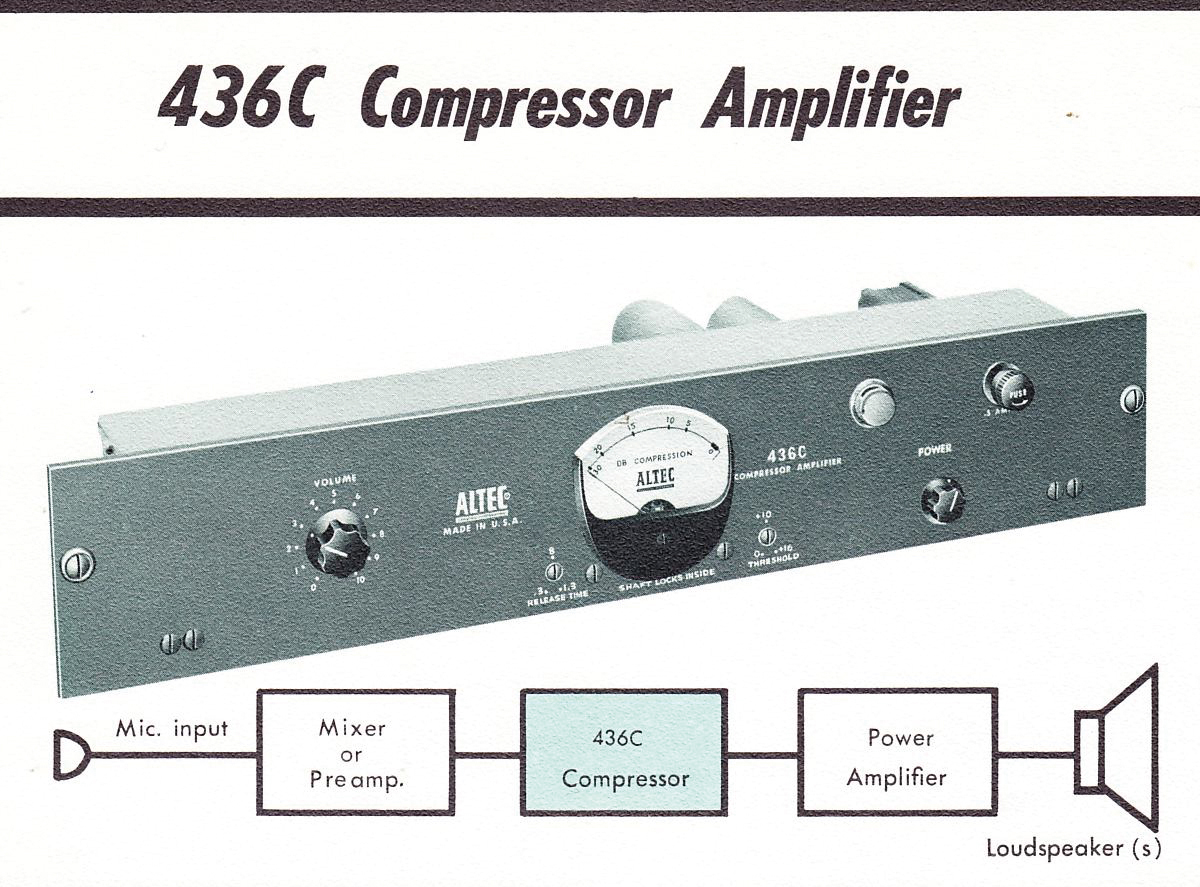 Conceived back in the 1950s, Altec 436s became firm favourites among mod-happy studio engineers of the time

This was particularly useful when heavy compression was applied to a final mix – as was common practice in those days – and avoided a sudden swell of room ambience as the track ended. These tweaked units were rechristened the RS124; however, Abbey Road’s engineers simply referred to them as the Altecs. The units were generally preferred for processing instrumental backing tracks rather than vocals, and were also extensively used as mix-buss compressors. A pair of Altecs were permanently inserted in the group I and II outputs (which usually contained the backing track) of EMI’s REDD.51 mixing console, feeding two tracks of the studio’s Studer J37 four-track tape recorder.

The EMI-modified Altecs were often used to process bass guitar because the Fairchild 660’s response times were simply too fast for bass duties. Beatles engineer Geoff Emerick always used them to compress Paul McCartney’s bass – either his famous Hofner violin bass or a Rickenbacker 4001S – and would sometimes compress the sound two or three times to create the punchy bass sound heard on albums such as Revolver and, especially, Sgt. Pepper. When the group set up their own Apple recording studio during the ill-fated Let It Be sessions, EMI lent them two Altecs (along with an old REDD.51 mixing console) to get them up and running; the results can be heard on the legendary ‘roof-top’ gig of January 1969, which would be the group’s final live performance.

While the famous Fairchild 660 has become a legendary – and rather expensive – vintage compressor, the less well-known Altecs can be obtained on the second-hand market reasonably cheaply, with unmodified examples changing hands for just a few hundred pounds. By contrast, an original, mint-condition Fairchild will set you back around £10,000. The EMI-modified Altec RS124 is extremely rare and hardly ever turns up for sale, however, a highly regarded RS124 plug-in is available from Abbey Road Plugins if you want to experience that magical, creamy sound for yourself.