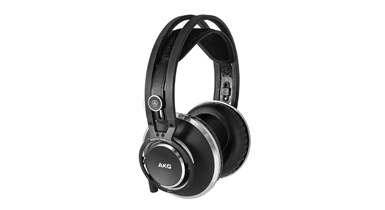 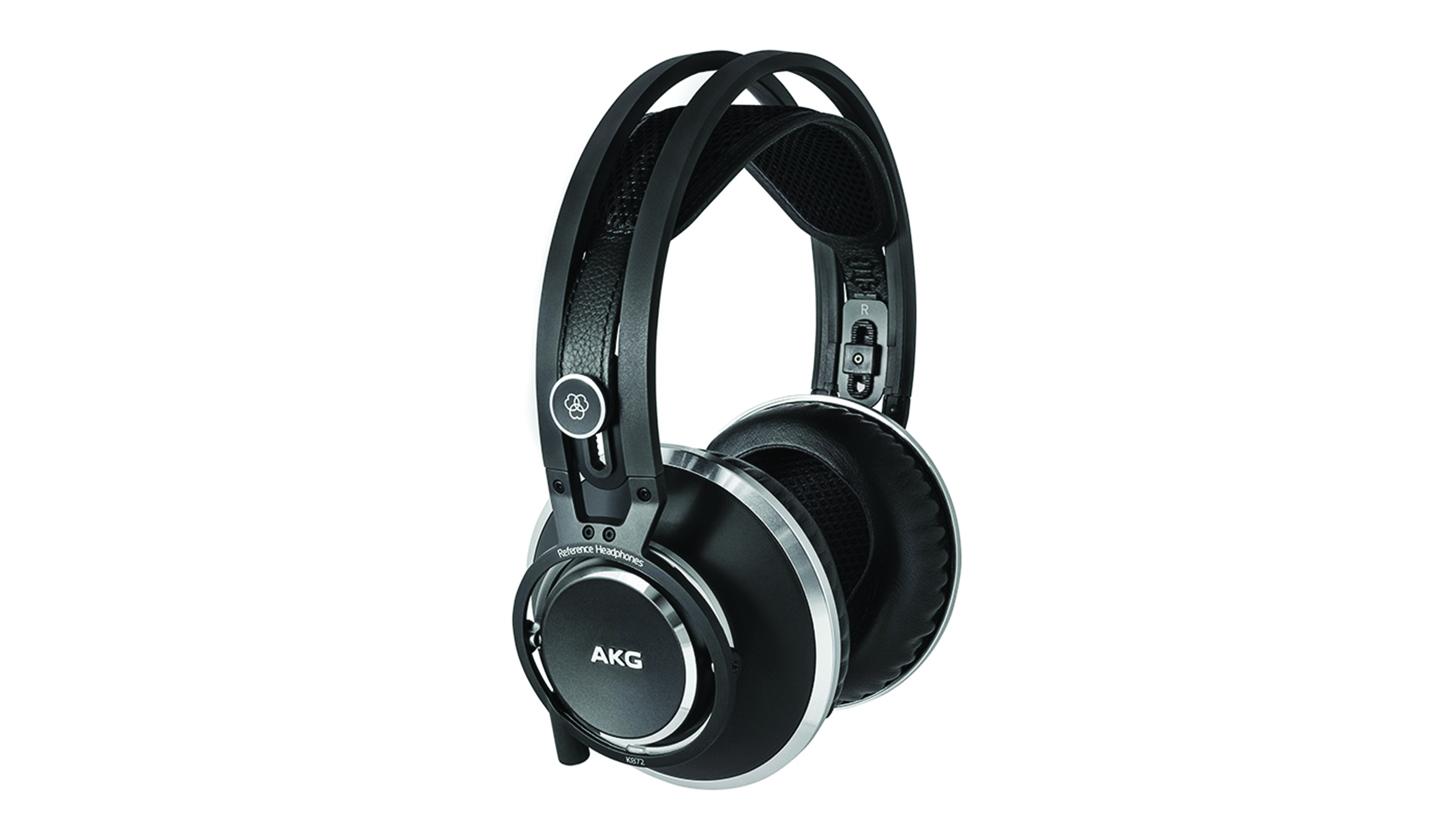 If AKG’s K812 headphones were a person, they’d be a rich, sultan-type character, one that talked in hushed tones about your mix, whispering words of wisdom into your delicate ears so you don’t take too much offence and tweak your mixes accordingly. The K872s are the sultan’s brash young sibling. They are fresh out of the blocks, sweary, and they’re going to tell you about your music – and they don’t give a flying f**k how you feel about it…

I absolutely love the 812s. They opened my ears to open-back listening, a form of headphone I’d previously dismissed for music mixing. I probably still prefer closed-back headphones for the absolute detail, but in those open headphones, you’re literally swimming in the mix, with the band. But then for £1,099 (street), the band should be in your studio with you, feeding you caviar.

So, the K872s are the closed-back version. This means they isolate the sound more, allowing less to leave and more to analyse. They feel almost identical in comfort to the 812s – that is, excellent – they are light and are superb for long sessions.

They have massive 53mm transducers with dual-layer voice coils that deliver high sensitivity and impulse response figures and an almost ridiculous range of 5Hz to 54kHz. So you don’t hear that wide a response, right? Well, tell that to the scientists currently investigating brain responses at these frequencies. The body might not hear them, but it can feel them.

(We had a fascinating chat about this topic with the legendary Mike Howlett a few issues back.) So you’ll definitely feel those extra frequencies. Did I mention these are honest phones?

Compared to those lovely 812s, the initial response is one of surprise. They sound rather boxed in, but that’s because the 872s are boxed in; you are literally more enclosed. You also drive these ’phones at lower levels than the open backs, which has to be good in the long run. Some adjustment was necessary; pulling the head pieces closer around my ears (I do have massive ears) – but once the sweet spot is hit, it’s instantaneous. You’re suddenly in the zone of the mix and the perfect sonic position you should be in.

This time around, we added some Involver (surely one of the most meticulously produced sets of dance albums ever made) to our traditional listening mix of acoustic and electronic bands. The detail is simply stunning. Some bass parts are separate, whereas before they were fighting and vocal intonations are clear. Instrument background noise is all there, and you realise you quite like noise like that.

The separation is as clear, a totally immersive experience. With the open-back experience, you’re swimming in width; here, it’s more about height and a rounded response. Don’t listen to MP3s on them – they reveal that format to be as lossy as it really can be. And if you have a fragile ego about your own mixes, be prepared.

The obvious alternatives are the open-back K812s, same price, more forgiving in a ‘whispering sweet nothings’ way… but I’d also throw Beyerdynamic’s DT 1770 and 1990s into the mix, probably my favourite headphones for the price – although still expensive, at around £600.