The C314 slots into AKG’s product line between the legendary C414 and the C214, but which one does it most closely resemble? Huw Price finds out… Details Price £598 Contact Sound Technology 01462 480000 Web www.akg-acoustics.com First, there was the C414, which is one of the all-time classic studio microphones. Then came the entry-level fixed […] 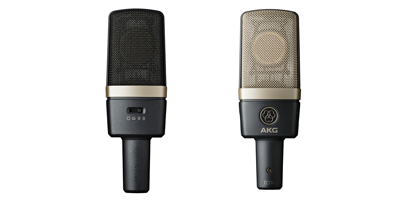 The C314 slots into AKG’s product line between the legendary C414 and the C214, but which one does it most closely resemble? Huw Price finds out… 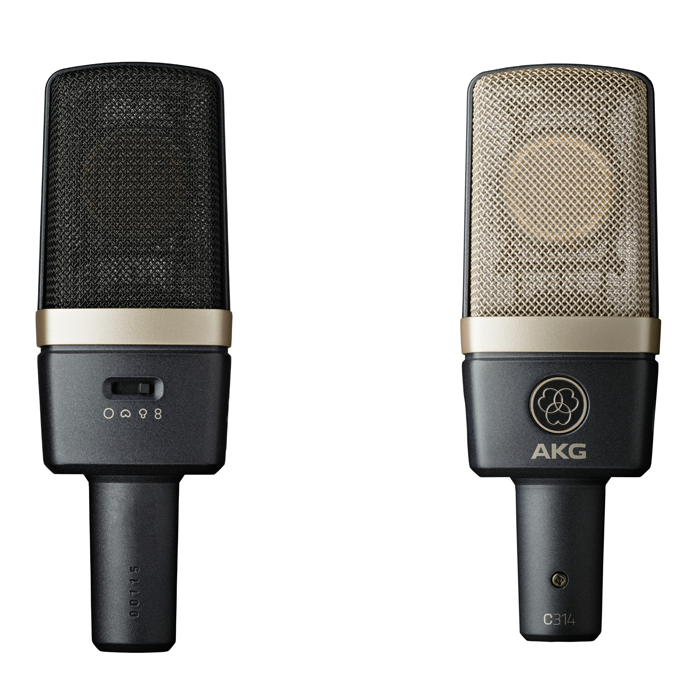 First, there was the C414, which is one of the all-time classic studio microphones. Then came the entry-level fixed cardioid electret C214. Now, AKG has released the C314 – and you can probably guess what this microphone is all about just from the model designation. But just in case, this is a four-pattern condenser with bass roll-off and -20dB pad switching that’s designed to hit the semi-pro spot.

At first glance, the C314 looks much like the C214, but there are some big differences. Most significantly, the true condenser one-inch capsule has front and rear diaphragms that are computer matched to achieve a high degree of accuracy and consistency across all the polar patterns.

On the Edge
Like the classic AKG CK12 capsule of old, this is an edge-terminated design with what appears to be a brass outer ring. The capsule also benefits from an integrated suspension, which is claimed to obviate the need for a suspension mount. The C314 kit includes AKG’s H85 universal shock mount regardless, with a quick and convenient twist lock fixing. There’s also a regular SA60 stand adaptor.

The thing that really sets the C314 apart has to be flexibility. Although it falls short of the C414, there are four pickup patterns to choose from. A slider switch on the back selects between omnidirectional, cardioid, hypercardioid and figure-8.

Bass roll-off is given as 12dB per octave at 100Hz, and the switch is located on the side of the body. On the other side, there’s a -20dB pad switch that comes with its own visual aid – a green LED that turns red to indicate overload. You can think of this as an indication of when to activate the pad, but also when not to.

After all, you can take full advantage of the C314’s sensitivity and low noise floor only when the pad is inactive. 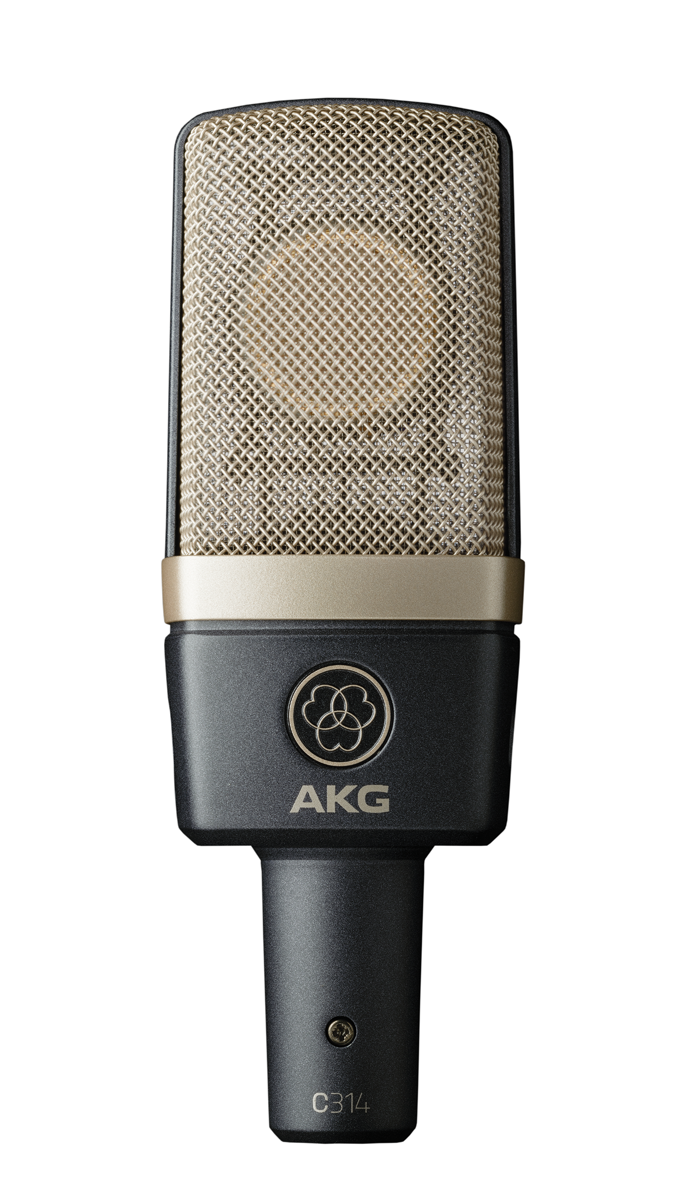 Hanging Out
One drawback of the one-size-fits-all suspension mount is the way it makes the switches hard to access. The trick is to reach in under the centre ring of the mount with your index finger.

Alternatively, you can attach the mount upside down, which leaves the entire body and grille clear and accessible, and the overload light clearly visible. The C314 kit comes in a smart metal flight case with a form-fitted foam interior and a slip-over windshield.

According to AKG, this mic is “perfect for every application”. It’s a bold claim, but in this reviewer’s opinion it’s less outlandish and more credible than describing a full-frequency recording transducer as a ‘vocal’ or ‘drum’ microphone. It’s also more in line with the design principles behind the C414.

On acoustic instruments, the C314 is a fairly bright-sounding microphone – the upper harmonics are ample and tinselly with fast and lively transients. The bass and lower mids are smooth and fairly neutral, but the C314 isn’t one of those mics that you can simply put up and expect to get a great sound.

Placed randomly, we found that the upper mids and trebles could be pinched and strident rather than airy and detailed. It’s also not an ideal microphone for flattering or beefing up thin-sounding sources.

Alternatives
There’s no shortage of quality opposition at this price point. Check out the three-pattern Audio-Technica AT4050 SM (£514) and AT4047 MP (£562), both of which have switchable 80Hz filters. The Lewitt LCT 640 (£599) has five patterns and a switchable feature set that rivals the AKG C414. You could also consider nine-pattern valve mics such as the Studio Projects T3 MKII (£412) and the Avantone CV12 (£419).

Shaping Up
Cardioid produces the highest level, but there’s not much between the four settings. Compared to cardioid, omni sounds a tad thinner and has a slightly odd resonance around 1.5KHz to 2KHz. Hypercardioid sounds more natural and lifelike, and figure-8 combines nice low-end weight with sweeter-sounding upper mids.

We had mixed results on instruments, but more luck with vocals. Here, the C314’s low-noise/high-detail attributes came to the fore, along with
a nicely workable proximity effect and forgiving off-axis response. It’s a smooth yet up-front tone that helps to push vocals to the front of a mix. 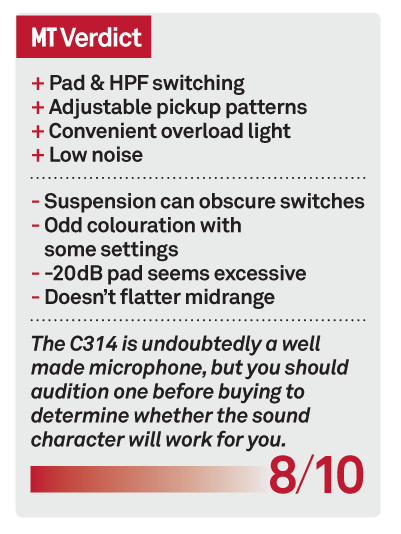