A crowd-funded keyboard that’s backlit: what’s not to love? Martin Delaney road-tests the latest Editors Keys offering and finds out… Details Price  £99.99 Contact  via website Web  https://www.editorskeys.com The folks at Editors Keys have led the way in providing DAW-specific keyboards, with icons and labels for all the major players, and it was good to […] 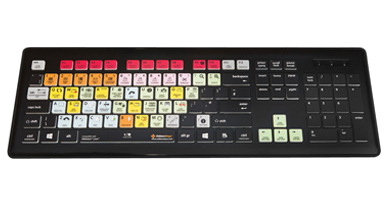 A crowd-funded keyboard that’s backlit: what’s not to love? Martin Delaney road-tests the latest Editors Keys offering and finds out…

The folks at Editors Keys have led the way in providing DAW-specific keyboards, with icons and labels for all the major players, and it was good to see Ableton Live added to the roster, alongside Pro Tools, Cubase,  and so on… and in both Mac and PC varieties. The idea of using such a keyboard is that it speeds your workflow, by giving you visual cues based on colour, graphics and text, to help you get to grips with your DAW’s key commands and shortcuts.

What’s new this time round is that Editors Keys has introduced backlit versions of these keyboards; this was financed through a very successful Kickstarter campaign which raised over 200% of the required funds. You can’t argue with that: this is something that people want to happen.

Illuminated keyboards make a critical difference when working in a dimly-lit pro studio, or when trying to create some ambience for your home setup. Somehow it feels more rock if you don’t have all the house lights on, but using a regular keyboard in bad light can lead to eyestrain… which is also not very rock. With backlit keyboards you can have it all!

I’ve tested the PC version of this keyboard, graciously condescending to grant it access to my iMac, as the Apple version wasn’t ready at the time of this review. Fundamentally, this is just a keyboard after all, so there’s no software installation required, just plug it in.

For the review I had it connected to a mains-powered USB hub and it worked perfectly. It’s not particularly impressive physically, being a generic black plastic object with a hard-wired USB cable – you’re not encountering any Apple design-centric sleek aluminium, but you know, it’s a just a keyboard, get over it. Underneath there are two small pop-up feet to raise the back end of the keyboard to a more user-friendly angle.

These keyboards don’t do anything special in terms of interacting with the software – you still need to use cmd, ctrl, alt, or whatever, to execute the commands – it’s all about the labelling. There’s a lot of visual feedback – each key has an icon and a text label on a coloured background – the colours are grouped according to the type of function they represent, which is a good idea.

I’ve been using Live a long time, so I’m pretty familiar with the keyboard shortcuts, but scanning over these keys is a good way to be reminded of ones that perhaps you don’t use so much. The most elegant commands and functions are the ones where you don’t need to use modifier keys at all to complete the instruction, so using tab, spacebar, and the top row of red function keys, which toggle track activation, feel snappy to use. 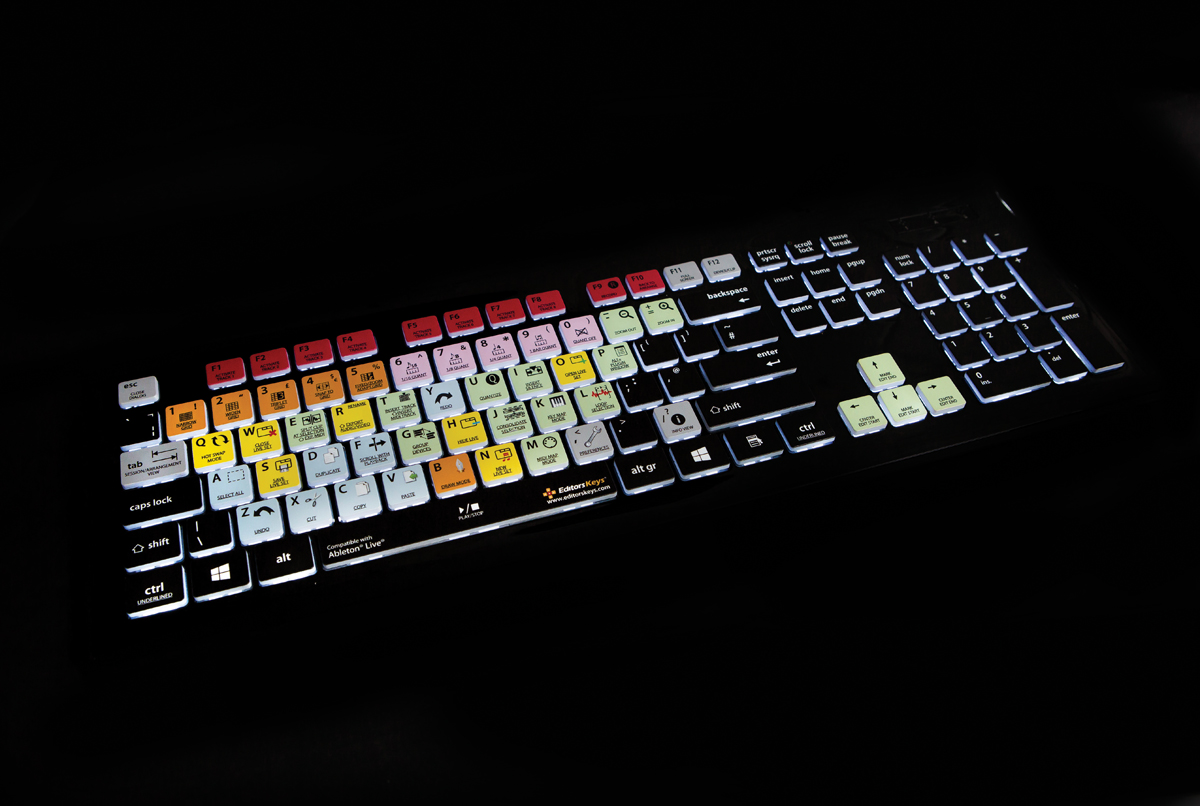 In the dark, it definitely looks cool…

Who’s it For?
Not every Live user will be excited by these – many of us are laptop users after all. I use Live, but I also use Logic Pro X, Final Cut Pro X, and the other day-to-day type of apps that everybody uses, and I wouldn’t really appreciate having to look at an Ableton Live-dedicated keyboard when I’m working in those other programs – it could get annoying. Live users tend to be not so workstation-based as Pro Tools users, for example, and the days of having a computer or work area dedicated to one piece of software are mostly gone.

There are aesthetic issues as well, if you really want to go there. In the dark, with the keys lit up, it looks quite cool, but in broad daylight, not so much. If you’re a laptop user, or you want to keep your existing Mac wireless keyboard, Editors Keys sell printed silicon covers that cater for those. They also offer a non-illuminated Apple wireless keyboard for Ableton Live.

In my opinion, this is a product that’ll be most useful to folks who are, a) unable to remember keyboard shortcuts, or b) impressed by pretty lights. During the review period, though, I’ve discovered that this keyboard divides Live users into two camps: namely “Ack, I don’t need this!”, and “Wow, this is awesome!”, so I understand there’s an audience for this.

There’s a big cool factor that’ll sway a lot of people; having a backlit-dedicated Ableton Live keyboard will impress your Live-lovin’ friends. 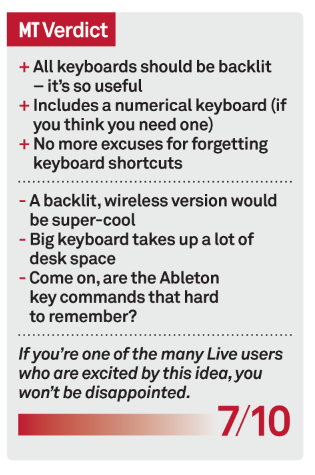