KVR Audio’s competition has brought forth some unmissable software. 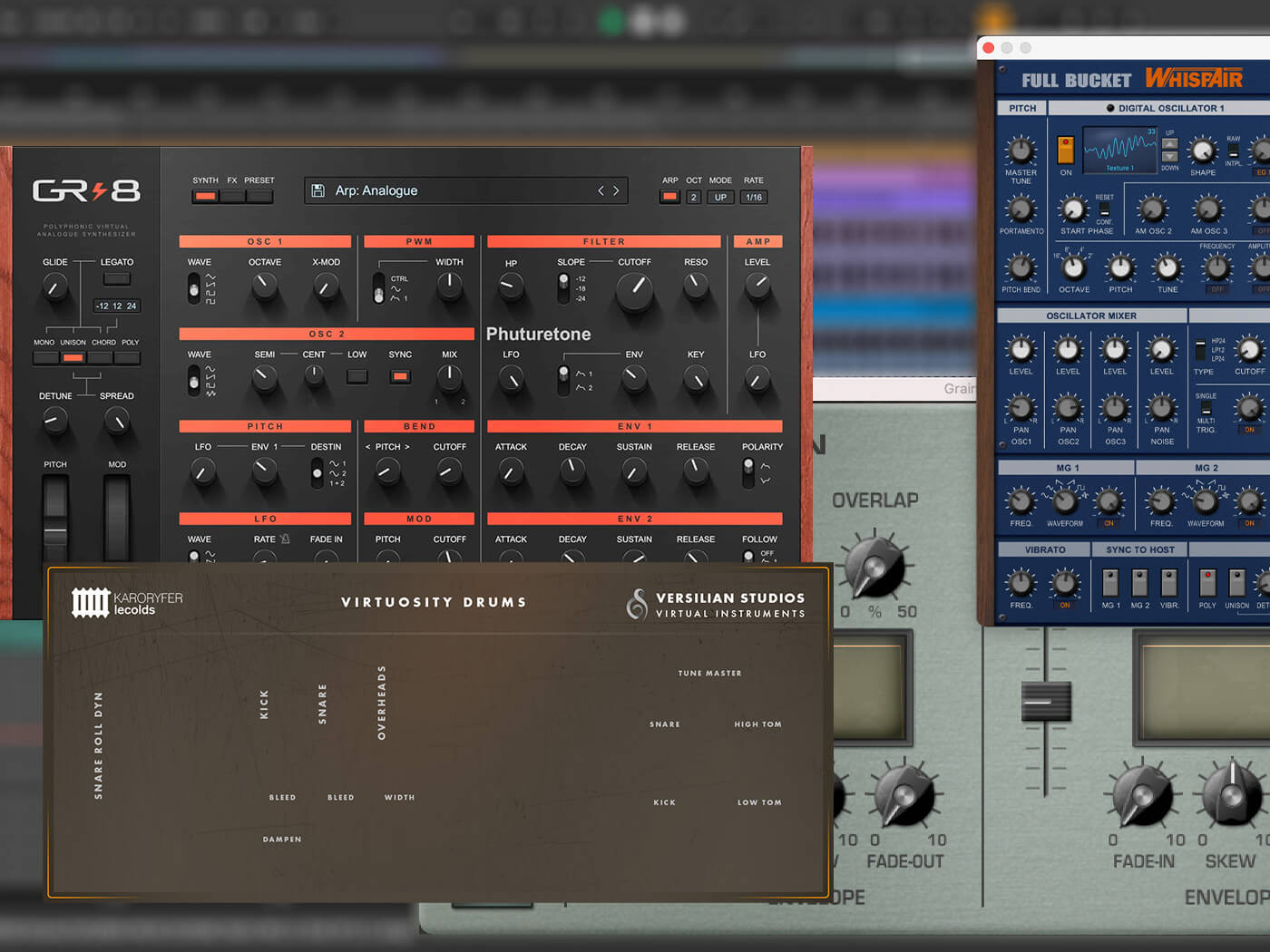 KVR Audio’s Developer Challenge 2021 is well underway, with over 37 software entries for you to download for free and vote for as the best.

The KVR Developer Challenge invites audio software developers to create and release a brand new free audio plug-in, application or sound library. Music producers are then able to download the applications, try them out, and vote for their favourite, all without spending a penny. The top five software developers will be awarded a cash prize which is sponsored by the community-funding KVR Developer Challenge 2021 donation pool.

KVR’s challenge started in 2006, when U-He’s Triple Cheese came out on top. Since then, the challenge has been held every two to three years, with some stellar plug-ins coming out as a result. This includes Youlean Loudness Meter, ProF.E.T by Ignite Amps, Lagrange by Ursa DSP and more.

Check out some of the highlights below.

Nettle is a scanned synthesis plug-in, capable of crafting evolving sounds as waveforms are generated by scanning the “positions of masses”, Fellusive says. When a note is triggered, these “masses” are set in motion, simulating the action of a hammer striking “the connection of masses”.

You’re able to play 32 voices in polyphony, with a range of built-in presets to browse and the option to save your own presets. Each patch can be manipulated with fully automatable knobs, a multi-mode filter, four LFOs and ADSR and two modulation sources for your MIDI controller. In addition, a randomise button is onboard for unpredictable sound design.

STFU simulates sidechain compression, enabling you to duck your audio effortlessly. This takes a similar approach to Nicky Romero’s Kickstart, but with a few extra features to customise your waveshape. This will sync to your DAW’s BPM or can be triggered with MIDI, allowing you to choose from a range of waveshapes or simply design your own for unique ducking. You can also crossfade between two different envelopes for more intriguing waves.

The plug-in can also output CV, making it a useful effect to add to a modular setup.

The brand that brought you MonoFury, a Korg Mono/Poly emulation, has created WhispAir and GrainStain. Full Bucket’s WhispAir is a wavetable soft synth that sports a similar interface to MonoFury, taking inspiration from the Mono/Poly with similar switches and dials. It boasts three oscillators and a noise generator, a multi-mode filter, four envelopes, three LFOs and a chorus effect.

Grain Strain, meanwhile, is an intriguing grain looping effect that can be synced to your DAW with a range of timing options. It can also be used as a grain vocoder, with up to eight voice of grain frequency control via MIDI. This is a rather unique device and even supports ODDSound’s MTS-ESP micro-tuning software. Check it out below.

GR-8 is a virtual analogue synth that seems visually inspired by classic Roland synthesizers. Two oscillators are onboard with a section dedicated to Pulse Width Modulation. Oscillator 1 has a dial for FM and oscillator 2 can be toggled as a sub-oscillator and can be synced.

The synth can be played in four voice modes: mono, unison, chord and poly, with a maximum of eight simultaneous. There’s also arpeggiator, EQ, phaser, chorus, distortion, reverb and delay modules for deeper sound design. To get you started, GR-8 comes with 88 presets. 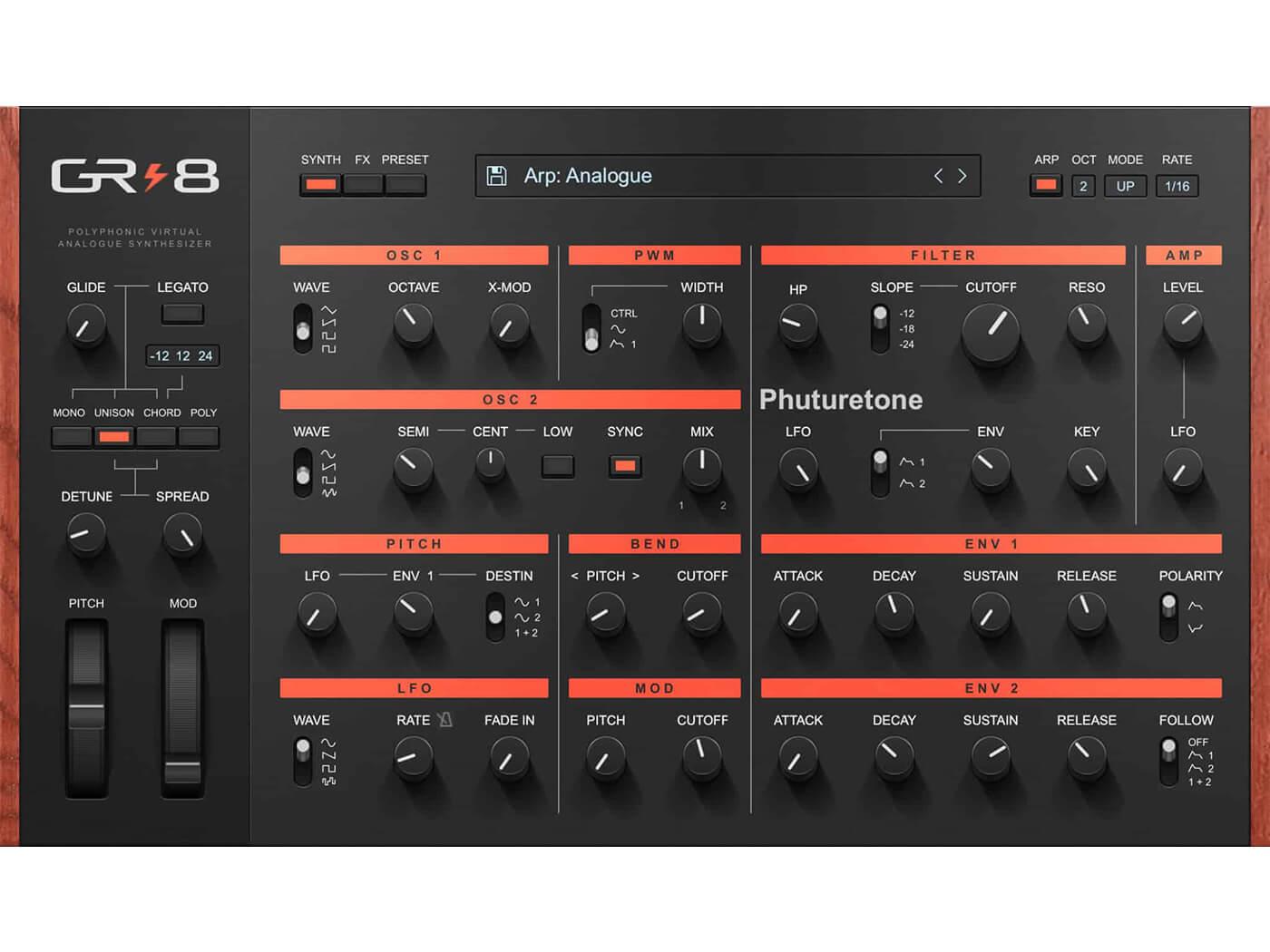 Virtuosity Drums is a sample library comprising 4,900 sample files of jazz drums recorded at Virtuosity Musical Instruments in Boston, MA. There are six mixable microphone musicians for each sampled drum hit as Kick, Snare, Overheads, Mid, Room and Vintage. You can either load in the samples directly to your DAW, or run Virtuosity Drums in the free Sforzando player by Plogue and configure the drums with a GUI.

The drum samples are all released under a Creative Commons 0 license, meaning you can use them in any body of work, “commercial or not, without the need for attribution, permission, or any other roadblocks of any kind”, the developer says. 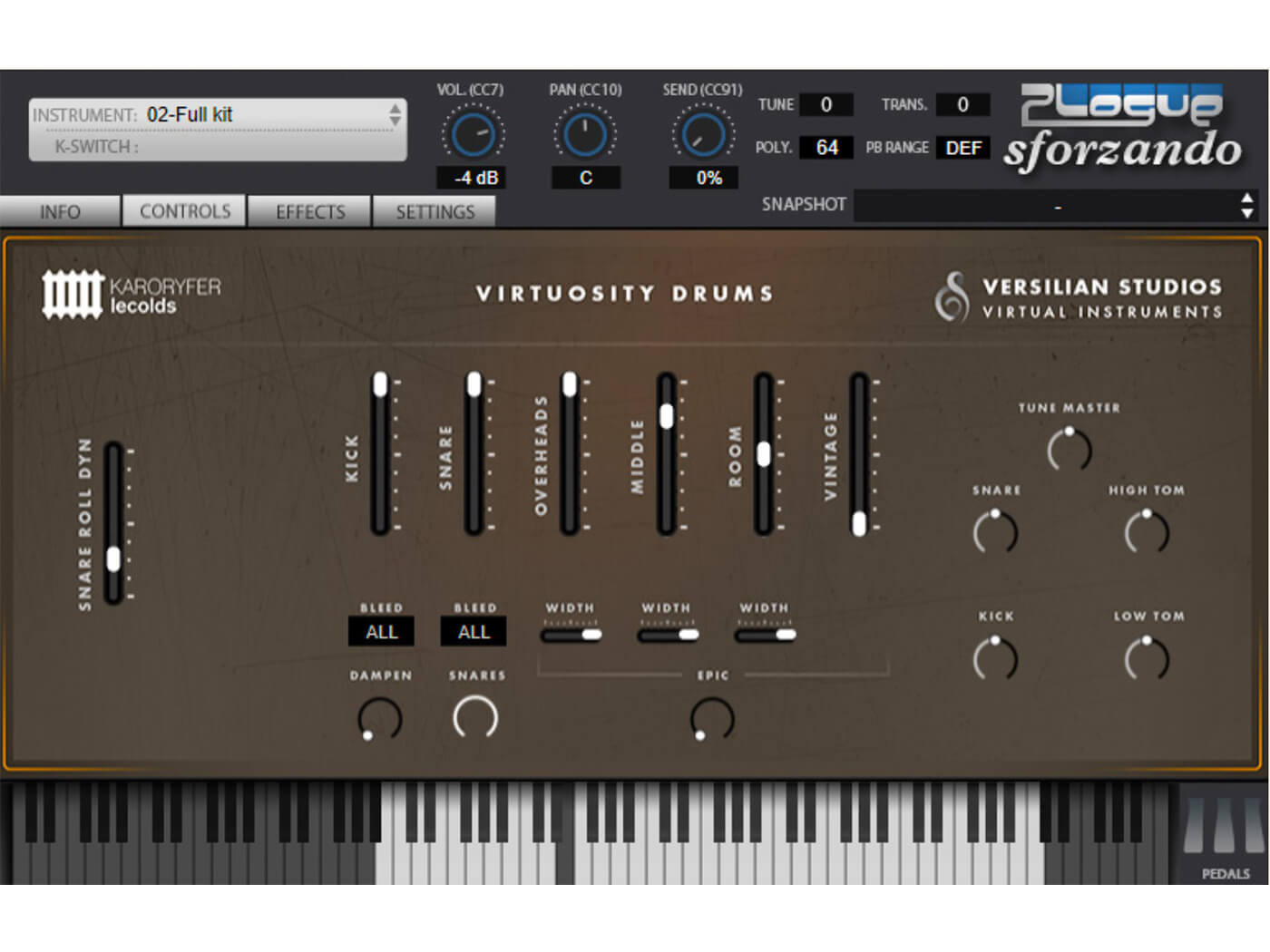 There are plenty more freebies to dive into and tinker with, so we’ll leave it to you to find your new favourite plug-in. Head over to kvraudio.com to see the full list.