“You will need at least two people to lift the slim on top. A third is recommended for moral support.” 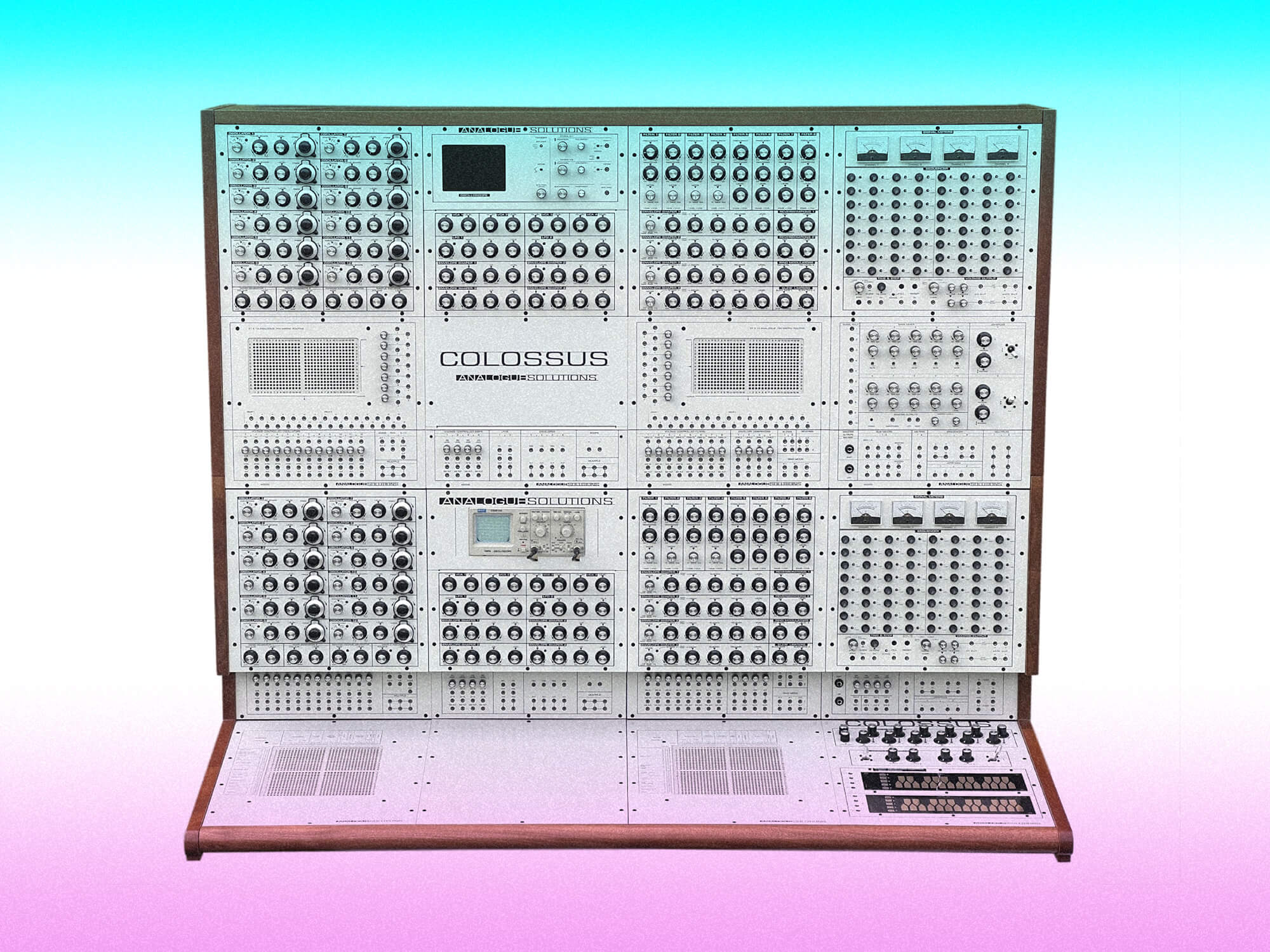 Its name alone suggests that it couldn’t get any bigger, but from British developer Tom Carpenter’s Analogue Solutions comes an optional upgrade to the magnificent twelve-oscillator Colossus, allowing it to double in size. The Colossus AS200 Slim is a stackable, (comparatively) slim variant of the original, now named the AS100 Classic, and can either stand alone in your studio or sit flush on top of its precursive sibling.

Taking inspiration from the design of the (also massive) EMS Synthi 100, Analogue Solutions’ “once-in-a-generation” Colossus is no-holds-barred megasynth that pulls out all the stops. With an astonishing 12 wave-variable oscillators with gorgeous vernier dials, backlit signal meters, eight filters, four envelope generators, two spring reverbs, twin pin matrixes, an oscilloscope, two touch keyboard/sequencer controls and much, much more, suffice to say it is destined to be the synth centrepiece of any studio lucky enough to have one.

The AS200 Slim maintains all the key elements of the AS100 Classic but loses the horizontal element of it interface, in doing so reducing its depth by over half; from 700mm to 330mm. It also loses 15kg in weight and £3,000 from its price tag. At 750mm in height, AS200 Slim is actually a little taller than the 655mm-high AS100 Classic, primarily a result of taking some of the features found in the Classic’s horizontal interface and flipping them vertically into one orientation. The AS100 Classic’s two touch keyboard/sequencer controls are replaced on the AS200 Slim by a vertically mounted ‘mixer panel’, incorporating a 10-input stereo mixer, two fixed sub-mixers and two joystick controllers. As a result, the AS200 Slim actually provides more mixer inputs than the AS100 Classic.

If, then, you are truly a no-compromise type of synthesist— and if money is no object— then it’s easy to get the best of both worlds by stacking them atop one another to make a Colossus Double system. This, in the words of Analogue Solutions, “has to be seen, and heard, to be believed,” and we don’t doubt it. “Bearing in mind that a Colossus Double system ships as two separate units, at least two people are needed to lift a Colossus AS200 Slim on top of a Colossus AS100 Classic,” says the company, “with a third person highly recommended for moral support.”

The Colossus series may be at its upper end, but Analogue Solutions is just as impressive at the smaller end of its range of instruments. Almost exactly a year ago (at the time of writing) Musictech warmly reviewed the impressive Leipzig V3 all-analogue synthesiser, and before that the Impulse Command; comparatively minuscule next to the Colossus at just 320mm by 270mm.

Said the developer, “A Colossus Double system is as awe-inspiring to stand and look at as it is to play with. It is incontrovertibly so much more than a powerful analogue ‘workstation’ with 100%-analogue voice and modulation circuits that steer well clear of MIDI and USB. It is also art and architecture incarnate, incorporating beautifully engraved wood cabinetry creating exquisite studio furniture in itself! After all, high-quality constructed synthesisers such as these only come around once in a decade — or, possibly, a generation!”