Yaeltex Factory lets you make your own personalised MIDI controller

Add in as many dials, joysticks, faders and buttons you like. 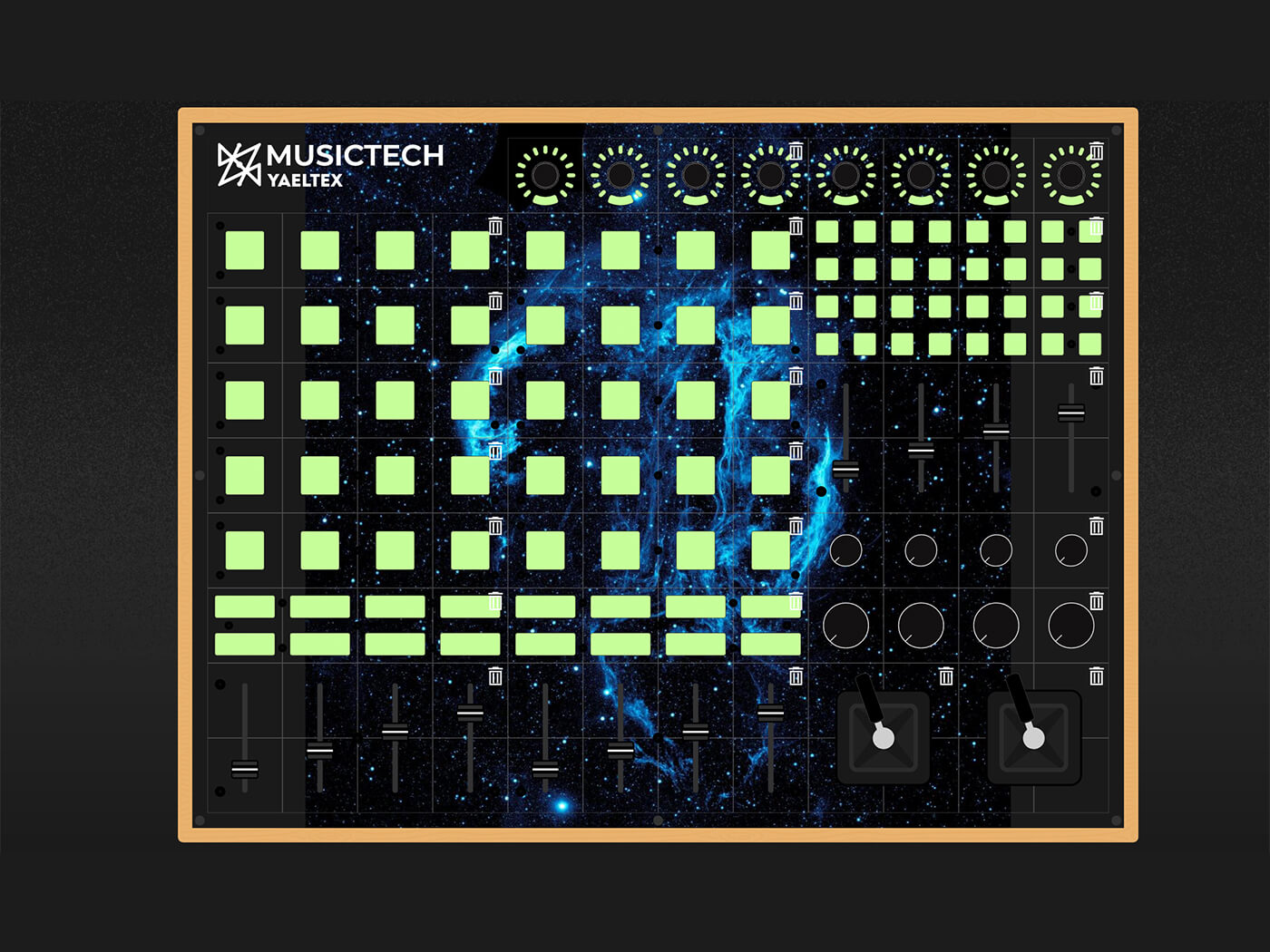 A small, independent Buenos Aires-based company is aiming to give you maximum control over your productions. Yaeltex recently unveiled Factory v2, a web-based platform allowing you to design and personalise your own high-quality MIDI controller, with encoders, buttons, faders, dials and even joysticks.

After three years of working on the service, the Argentinian MIDI-makers haven’t let COVID-19 kill the dream, with the first batch of orders now going out to its customers.

Yaeltex Factory v2 is a simple and intuitive controller designer, letting you place components on a small, medium or large model. Once you’ve selected your size, you can begin navigating through a bank of elements and drag the ones you want onto the controller. You may opt for a healthy balance of faders, pads and buttons, or you might overload on encoders and joysticks. Ultimately, it’s your controller and your rules. Once you’ve selected your elements, you can customise the appearance of the unit by uploading your own image for the front panel and giving your controller its own name.

The pads and buttons are backlit by RGB LEDs, and each encoder boasts 13 RGB LEDs surrounding it. Encoders also feature a button, with a large LED indicator showing the state of the button, and the 13 smaller LEDs indicating the position of the encoder’s rotation.

Kilowhat is the MIDI editor that will let you map and set up your Yaeltex controller. It will allow you to add pages and configuration banks, save and load presets and alter the colours and behaviours of LED indicators. Kilowhat also lets you dictate where to send messages – USB, MIDI or both.

Yaeltex’s MIDI controllers aren’t cheap, but they are bespoke and will be highly useful to artists and producers who have a specific setup in mind which a customised MIDI controller can facilitate. The Yaeltex Factory has some premade controllers that you can dive into, including the small Dört model, starting at $376; the medium-sized Miniblock, starting at $660; and the largest model, Turn, starting at $1,007. For reference, the one we’ve created in our main image at the top of this page would set us back $816.

To create your own MIDI controller head to yaeltex.com