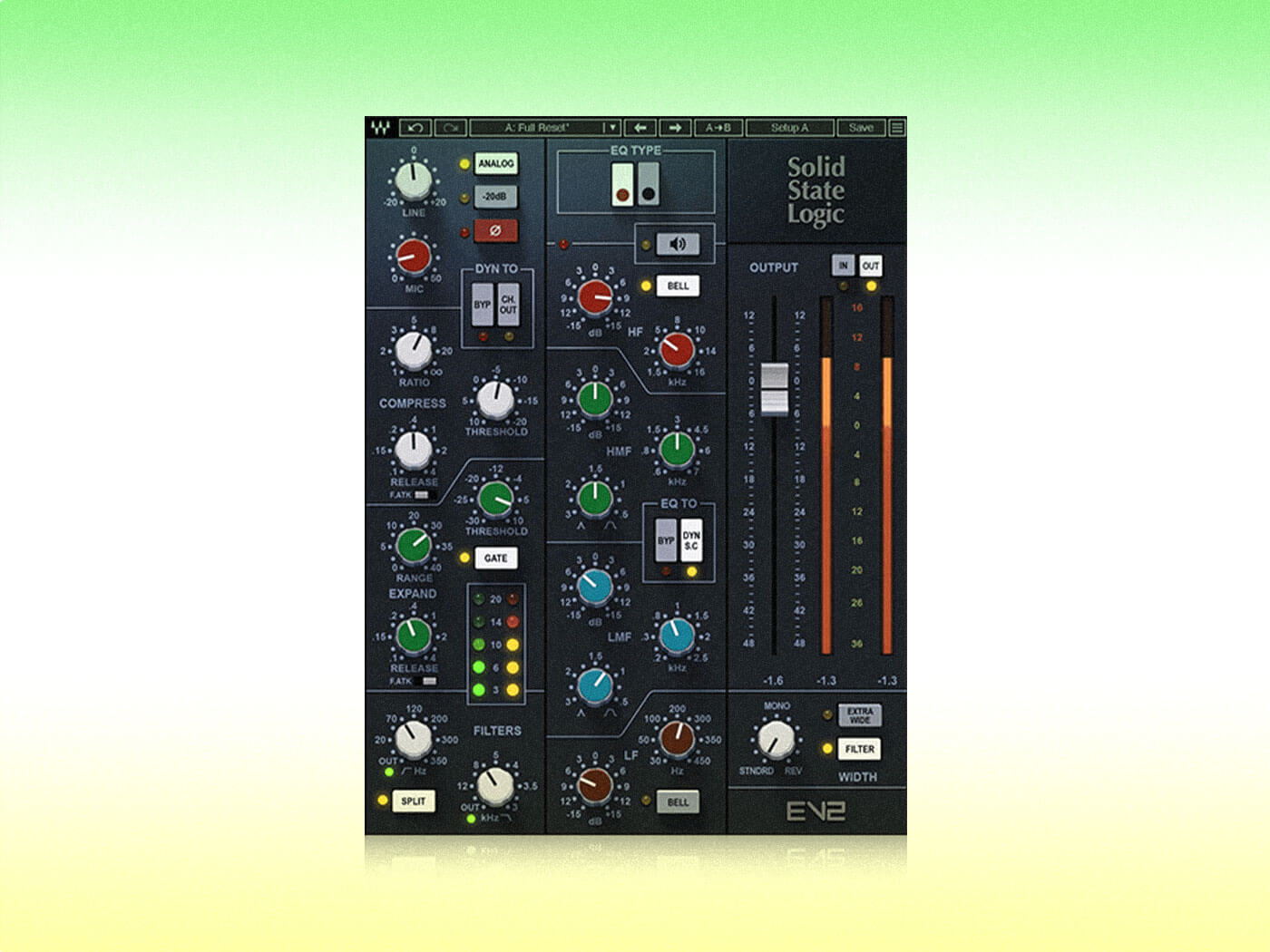 Ever wanted the sound of an analogue SSL mixing console in your DAW? Waves says that its new SSL EV2 Channel plug-in does exactly that, emulating the SSL 4000E console channel strip. It may not be the first SSL console emulation, but its features could pique your interest.

Of course, new features have been added to complement the modern DAW workflow. This includes a switchable EQ section that allows you to select either the iconic Brown (O2) or Black (242) EQ types. The former delivers the SSL’s clean punch, and the latter is the very first EQ developed for the SSL R-Series consoles, providing a crunchy, gritty sound.

Waves also says the plug-in also boasts “richly saturated mic pre and line inputs” from the classic console. The input section equips you with harmonic distortion options, ranging from a touch of gentle saturation to an aggressive, abrasive drive. Plus, you can deploy THD (Total Harmonic Distortion) with the Analog switch, which is essential for recreating the saturated sound of the original console.

A Dynamics section enables you to apply a soft-knee compressor/limiter and a gate/expander. You can change the signal path here, to get precise with your effects. Makeup gain is applied automatically, too, as with the original desk.

If you’re not sure where to start with the SSL EV2 Channel, Waves has more than 600 presets to swiftly inspire you. These have been created by a range of Grammy-winning producers and mix engineers, including Jacquire King, Stuart White, Joe Barresi, Lu Diaz, Dave Pensado, Rich Costey, Jack Joseph Puig, and many more.

Waves is running an introductory offer on the SSL EV2 Channel, with a low price tag of just $40 until after Black Friday. After this offer, it will revert to the full price of $249.

Grab your copy at waves.com