Viberate finds out which Christmas songs rock the robin the most 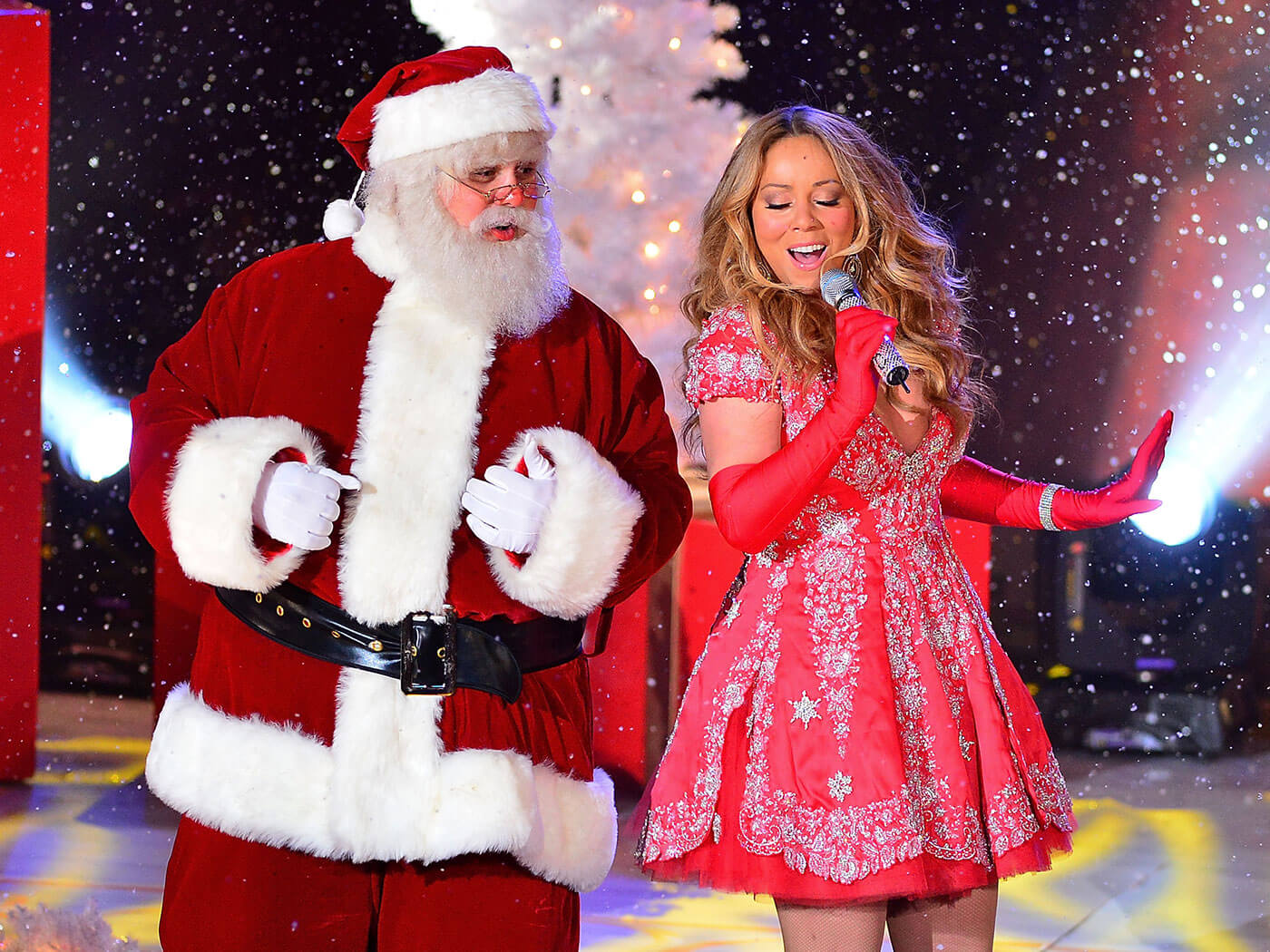 Sorry humbugs, but Christmas appears to be just around the corner now and it’s something that even us music tech nerds can’t escape. To prove that point, Viberate have gone full geek-mode and carried out a deep analysis on which festive tunes rock our sleigh the most. The company set out to answer two questions: which song reigns supreme and when does The Season officially start? The two songs in focus were Wham’s Last Christmas and Mariah Carey’s All I Want For Christmas Is You.

Some estimates put the number of Christmas songs to have been thrown down our chimneys at over one million, so Viberate decided that focusing on two of the biggest Christmas crackers would make their analyses easier and more accurate.

Why these two? All I Want for Christmas Is You was certified as a six-time Multi-Platinum digital single, meaning it has sold at least 12 million copies in the USA. And that’s not including the nearly 600 million plays on YouTube and other forms of download. So what about Last Christmas? Wham’s festive jingle is one of the most famous festive songs to date, but has never reached #1 on the UK charts. 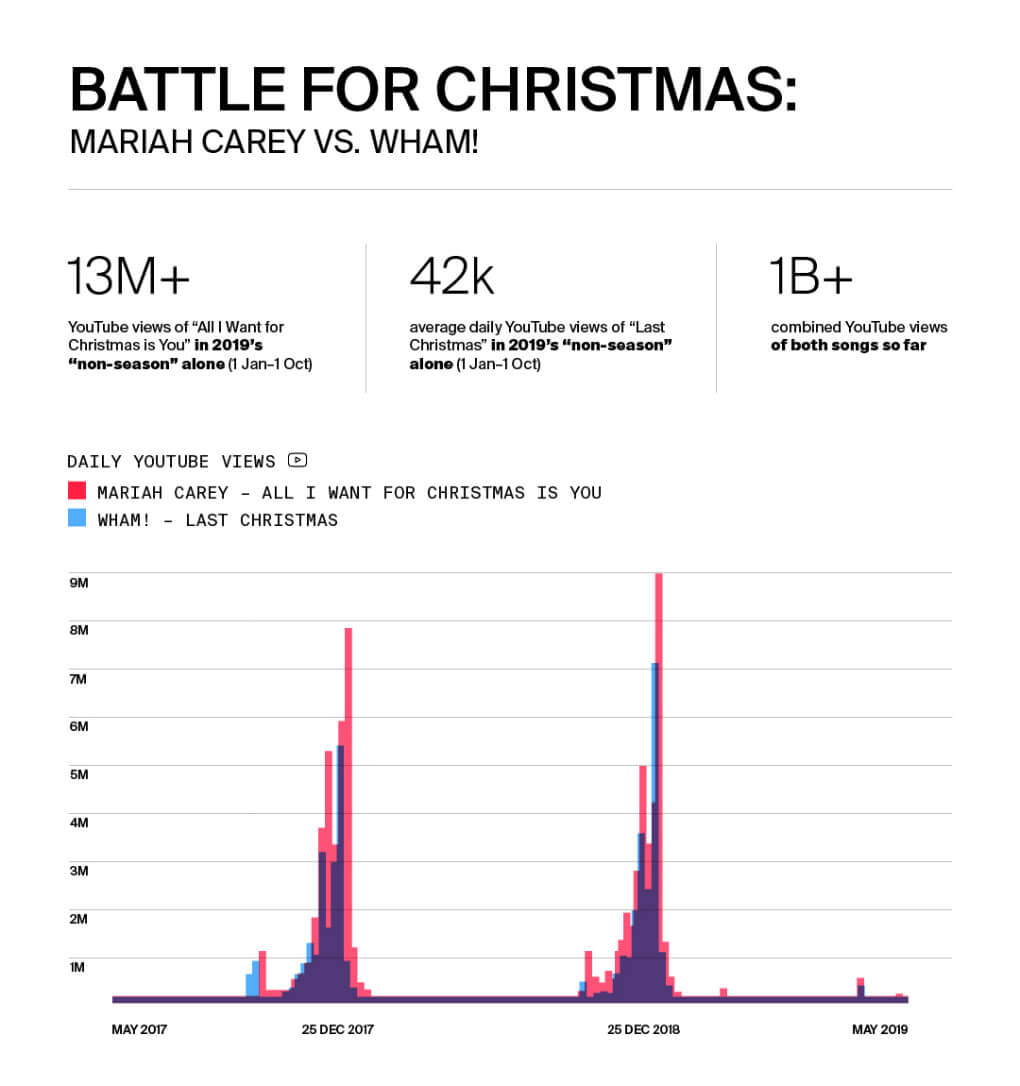 Naturally, both songs rise as the Big Day gets closer, peaking once Santa’s delivered the gifts on the 25 December. Mariah Carey was played almost nine million times on Christmas of 2018, beating Wham! by almost two million. This dataset comes from YouTube views, and this season the pair of tracks have collectively broken the one billion mark, so no doubt they’ll have a full stocking from St. Nick.

“Is it too early for Christmas songs?” – a phrase heard so often in our office, and no doubt your workplace too. The common response is “it’s always too early!”, but according to Viberate’s data, Christmas song season officially opened on 1 November. That really does mean that once we get Halloween out the way, we’re happy to replace our Grim Reaper masks with Santa Hats pretty swiftly.

To find out more, head to viberate.com For more music news, click here.