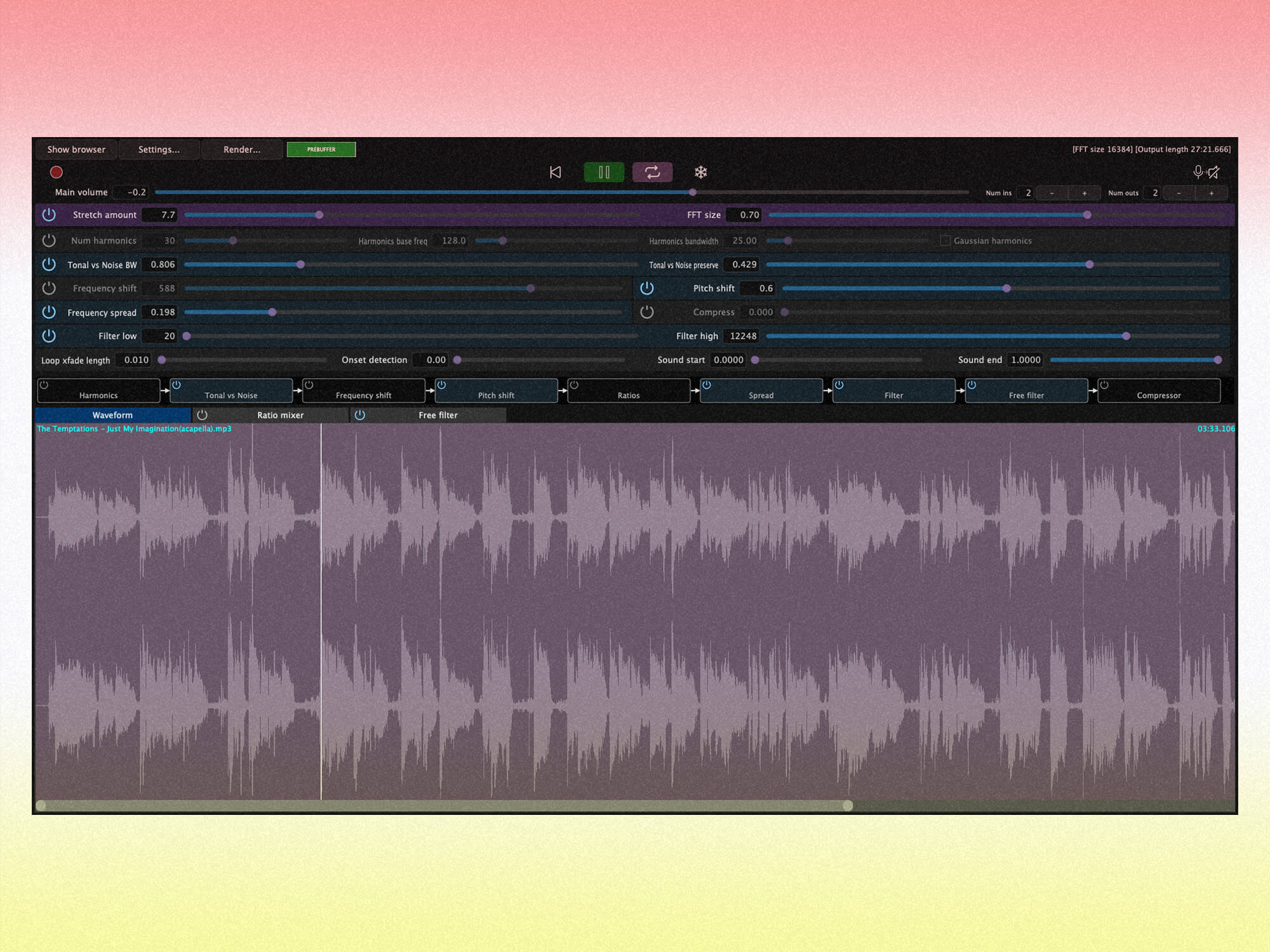 PaulXStretch, the time-stretching app designed by Sonosaurus, has received an update to its UI.

The app is based on the Paul Extreme Time Stretch algorithm, originally developed by Nasca Octavian Paul, but more specifically on the version by Xenakios.

It lets users stretch their audio so that it’s transformed into eerie sounds that can be hours or even days long. Without destroying the quality of the audio, PaulXStretch can cleanly take a 10 seconds clip and turn it into a 10 hour Brian Eno-esque wormhole, which has made it adored by the ambient community.

On the app, users can of course adjust the stretch amount, but what makes the app so great for transforming sounds is that it lets you shift frequencies, adjust the pitch and tonal bandwidth, as well as add filters and add harmonics.

The latest update from Sonosaurus sees the app’s UI become much improved so that it can be seen on a variety of wider screens than before. It’s been adapted to work on the latest platforms, too.

The app is freely available on iOS, Mac, Windows or Linux, and the source code is available in Github. Download PaulXStretch here.