With the release of a remodelled Fairchild, Universal Audio completes the updates to its ‘triple crown’ of vintage compressors. Mark Cousins gets stuck in. Details Price $299 Contact Source Distribution – 020 8962 5080 Web – www.uaudio.com Minimum system requirements – PC Windows 7 – Mac OSX 10.7 Amazon.co.uk Widgets Whether or not the current value of […] 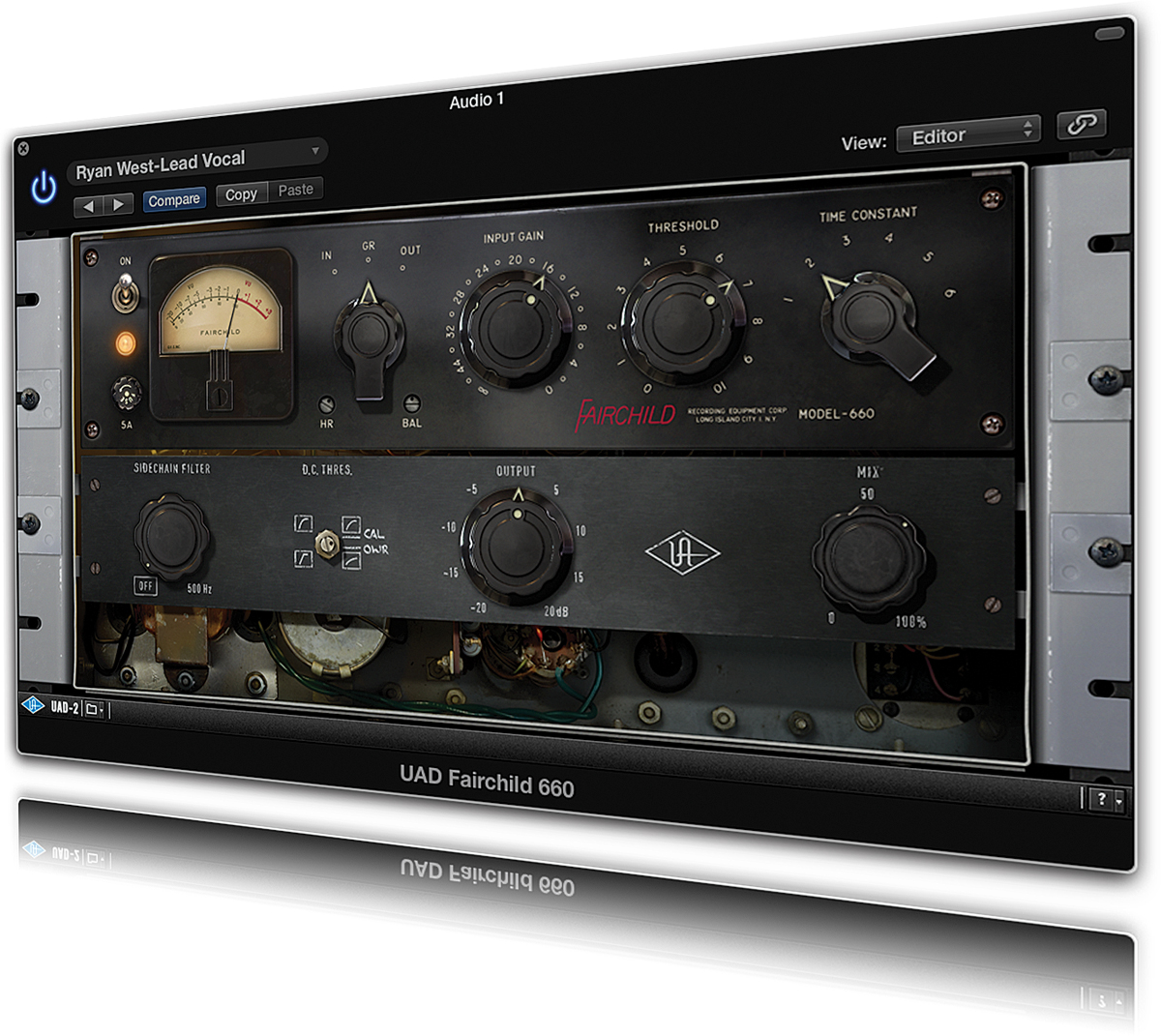 With the release of a remodelled Fairchild, Universal Audio completes the updates to its ‘triple crown’ of vintage compressors. Mark Cousins gets stuck in.

Whether or not the current value of a Fairchild 670 (somewhere around the £30,000 mark at the time of writing) is testament to its audio quality or its apparent scarcity is hard to determine. Certainly, the few engineers out there who have been lucky to use an original Fairchild 670 will wax lyrical about its unique sound and how its 20 valves impart a highly musical form of gain control.

However, for those of us who can’t afford such an extravagant outlay, there’s always been the option of using Universal Audio’s excellent Fairchild 670 plug-in, which has been a mainstay of the UAD platform since 2004.

’Child of our Time
Having seen updates to the Urei 1176 and LA-2A plug-ins, it seemed only a matter of time before Universal Audio turned its attention to its venerable Fairchild compressor. The new Fairchild Tube Limiter Plug-in Collection actually comes as two plug-ins: the ‘refreshed’ Fairchild 670 and the new ‘mono’ Fairchild 660, available for both mono and stereo operation.

As well as demonstrating a completely revised approach to modelling, the new Fairchild plug-ins include additional controls, taking them well above and beyond the scope of both the original hardware and software versions.

As you’d expect from a variable-mu compressor, the controls on the Fairchild 670 aren’t entirely conventional. The most notable omission is the lack of the traditional ratio control you’d expect to find on a VCA or FET compressor. Instead, the Fairchild uses a form of ultra-wide knee, so that the ratio effectively becomes harder the more you work the compressor. The two main controls, therefore, are input gain and threshold, both of which can be used to coax a variety of tones from the Fairchild thanks to the distinctive movement of the compressor and the colouration of the amplifier circuitry.

As well as lacking a ratio control, you’ll also find attack and release omitted in favour of a unique Time Constant control. In effect, the Time Constant offers six ‘preset’ attack and release settings (although, of course, the unit’s operation is far more complex than this might suggest), moving between a relatively fast limiting setting and something considerably smoother. Ultimately, the Fairchild isn’t a tool that you pick for its sonic dexterity, but instead a compressor that oozes sonic charm and character.

Having produced such a faithful version of the Fairchild 670 in 2004, it’s inevitable to compare the differences between the current version and the original ‘legacy’ edition. One immediately noticeable difference is the gain staging, which is arguably an attempt to better preserve the intended signal levels of the original Fairchild.

As a result, there’s a need to push the input gain harder on the new Fairchild 670 to achieve the equivalent amount of gain-reduction on the ‘legacy’ Fairchild 670, but this arguably produces an output that’s closer to the original.

As with the 1176 and LA-2A revisions, there’s a defined improvement in the modelling, with the new Fairchild sounding silkier but with the rich sonic colour you’d expect from a Fairchild. In that respect it’s worth noting the addition of the Fairchild 660, which delivers its own distinct style and colour of compression that’s slightly less refined than the 670. The added controls – including a sidechain filter and a mix control – significantly add to what can be achieved with these intriguing compressors, not forgetting the Lat/Vert mode, which is also carried through from the original.

Future Classic?
The Fairchild Tube Limiter Plug-in Collection is a timely update on a true classic of both the hardware and software worlds. As with the original hardware, the Fairchild is a somewhat idiosyncratic musical device that’s able to confuse and delight in equal measure, but it’s also a creative tool that reveals hidden, often unexpected, powers the more you explore it.

Although there are plenty of passable emulations available, Universal Audio’s skills at analogue modelling are ably demonstrated here, delivering a near-perfect software replica for a fraction of the cost of the original hardware. 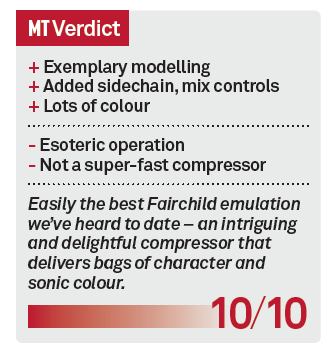