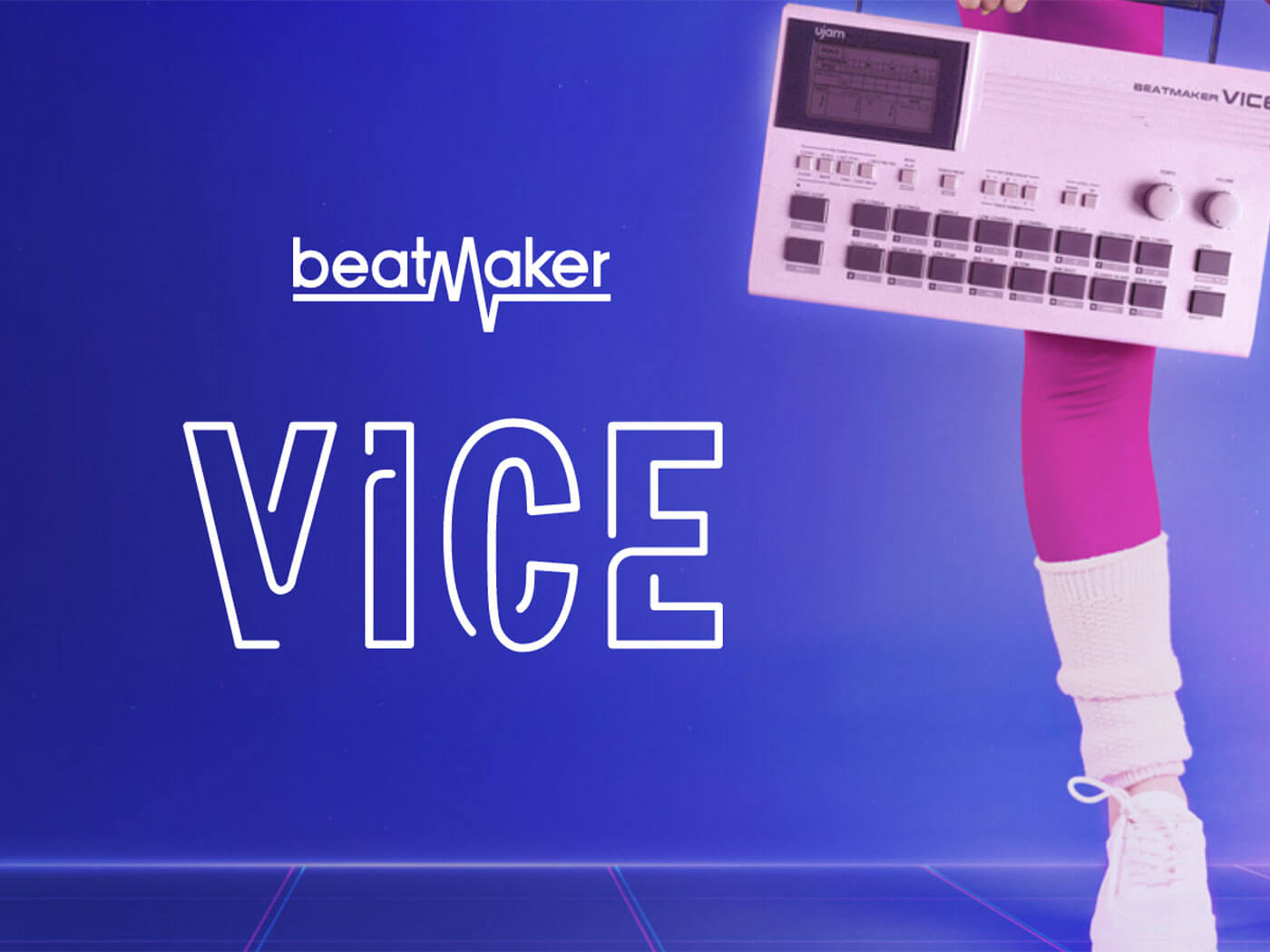 ujam, the software development company founded by Pharrell Williams and Hans Zimmer, warps us back to the 80s, with “Stranger Things coming to your DAW”, the brand says. Beatmaker VICE is the latest to a line of virtual electronic drum plug-ins, with this one specialising in drum machine sounds from the 1980s.

VICE is inspired by the drum sounds of Linn, Roland, Simmons and Korg, bringing them into a 21st century package. Synthwave is the driving force behind the concept of this plug-in, a genre influenced by the likes of Jean-Michel Jarre, Vangelis and Trevor Horn. The plug-in is comprised of 10 drum kits, 12 smart-mix presets with over 30 styles and 60 presets to play with. VICE is preloaded with 460 patterns to be used as segments of an arrangement, such as intro, verse, chorus, fill, ending and so on. 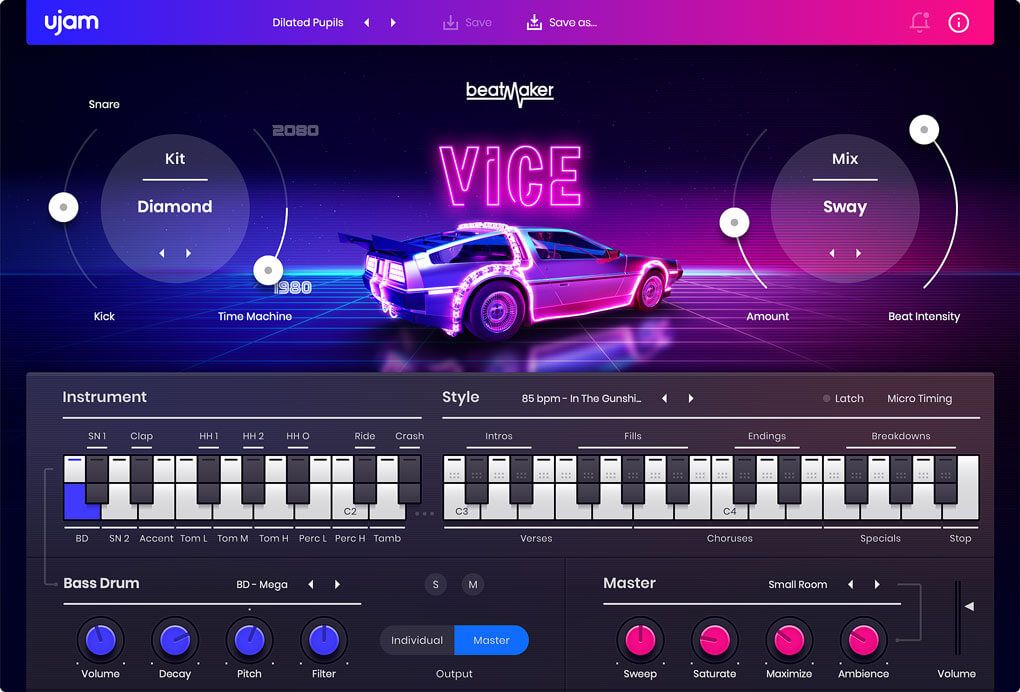 The MIDI Drag and Drop of grooves to DAW tracks carries over from other Beatmaker packages, as well as the sound-shaping controls with Type, Selector, Filter, Decay and Volume. Individual outputs from the plug-in allow you to have separate mixing set-ups, and a master section has controls for Sweep, Saturate, Maximize and Ambience. VICE also has cross-compatibility with all other Beatmaker packs and virtual drummers.

Beatmaker VICE is immediately available in VST, AU, AAX plug-in formats for both macOS and Windows. VICE is now available at ujam.com for an introductory offer of 49 EUR / USD until May 3rd, 2020. After that, the plug-in sells for 69 EUR / USD. The Bundle of all five Beatmakers is available for 239 EUR / USD (instead of 345 EUR / USD for the single products).

Find out more at ujam.com