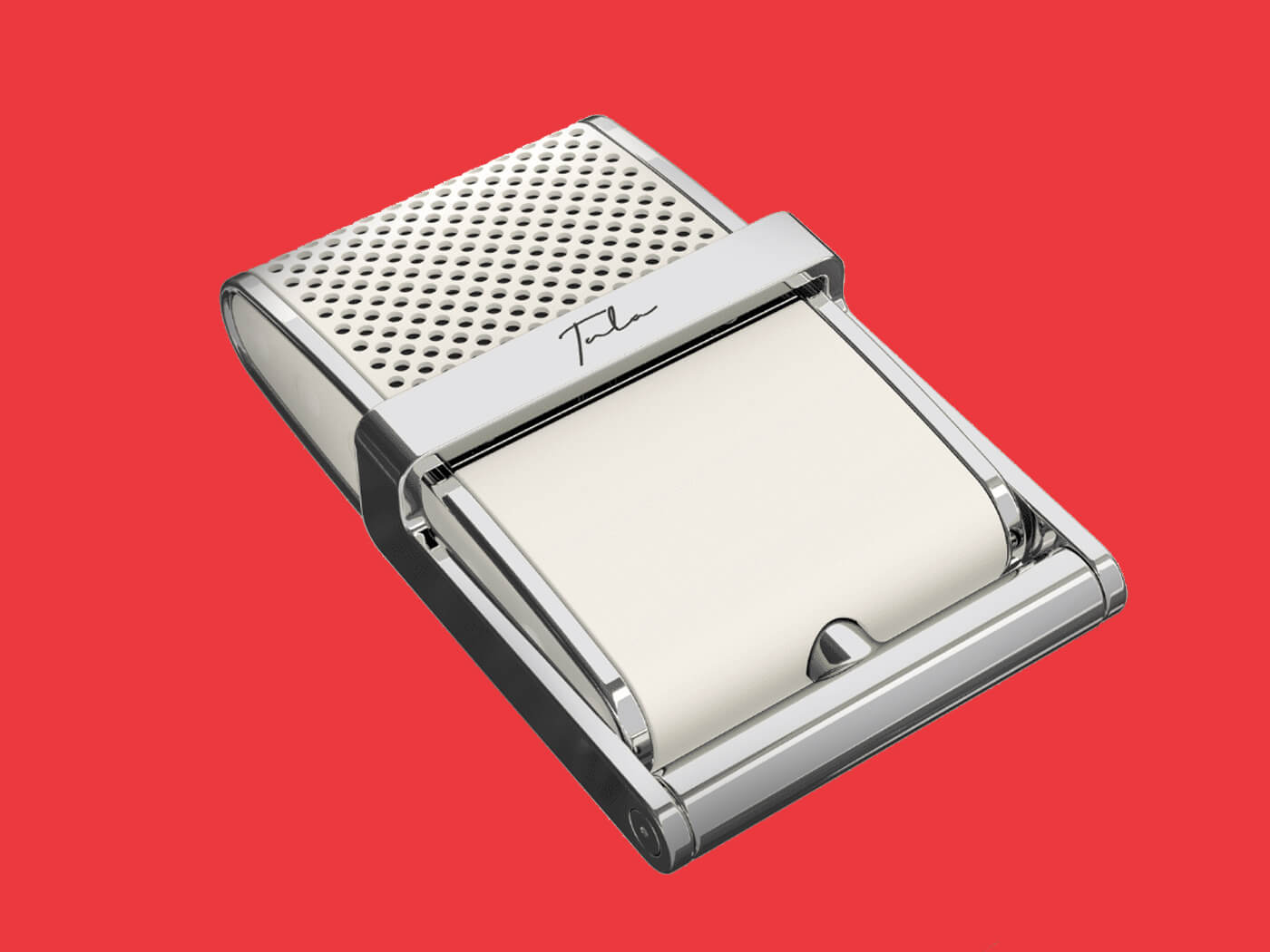 Tula, a new music technology brand from Sweden, has launched its first product: the Tula Mic.

The retro-flavoured pocket microphone is targeted at content creators, and it doubles as a portable recording device as well. The microphone was developed in collaboration with Russia-based Soyuz Microphones.

With both cardioid and omni-directional capsules, and a built-in stand, the Tula Mic boasts an array of applications. You could deploy it at home as your main podcasting microphone. Or, you could plop it on a table, and set it in omni mode for recording interviews or conferences.

To combat background noise, either in the outdoors or say, a room with loud air conditioning, the Tula Mic includes a built-in noise reduction algorithm which you can turn on with a single button.

The Tula Mic also has an internal battery good for 12 hours, as well as 8GBs of internal memory. You can also keep the USB-C cable plugged in for charging and recording at the same time. As for recording bit depth and sample rate, the Tula Mic records in 24-bit/44.1kHz.

As for connectivity, apart from the USB-C input, there’s just a 3.5mm headphone jack. But this also doubles as an input for lavalier microphones.

The Tula Mic comes in three colours: red, cream and black. It’s hard to ignore how charming the mic’s design is. Tula says that it was going for a modern-meets-classic look.

The Tula Mic will be launching soon on IndieGoGo at $199. Signing up on the brand’s website also gets you discounts of “up to 40%”.