The third career Oscar for Reznor and Ross 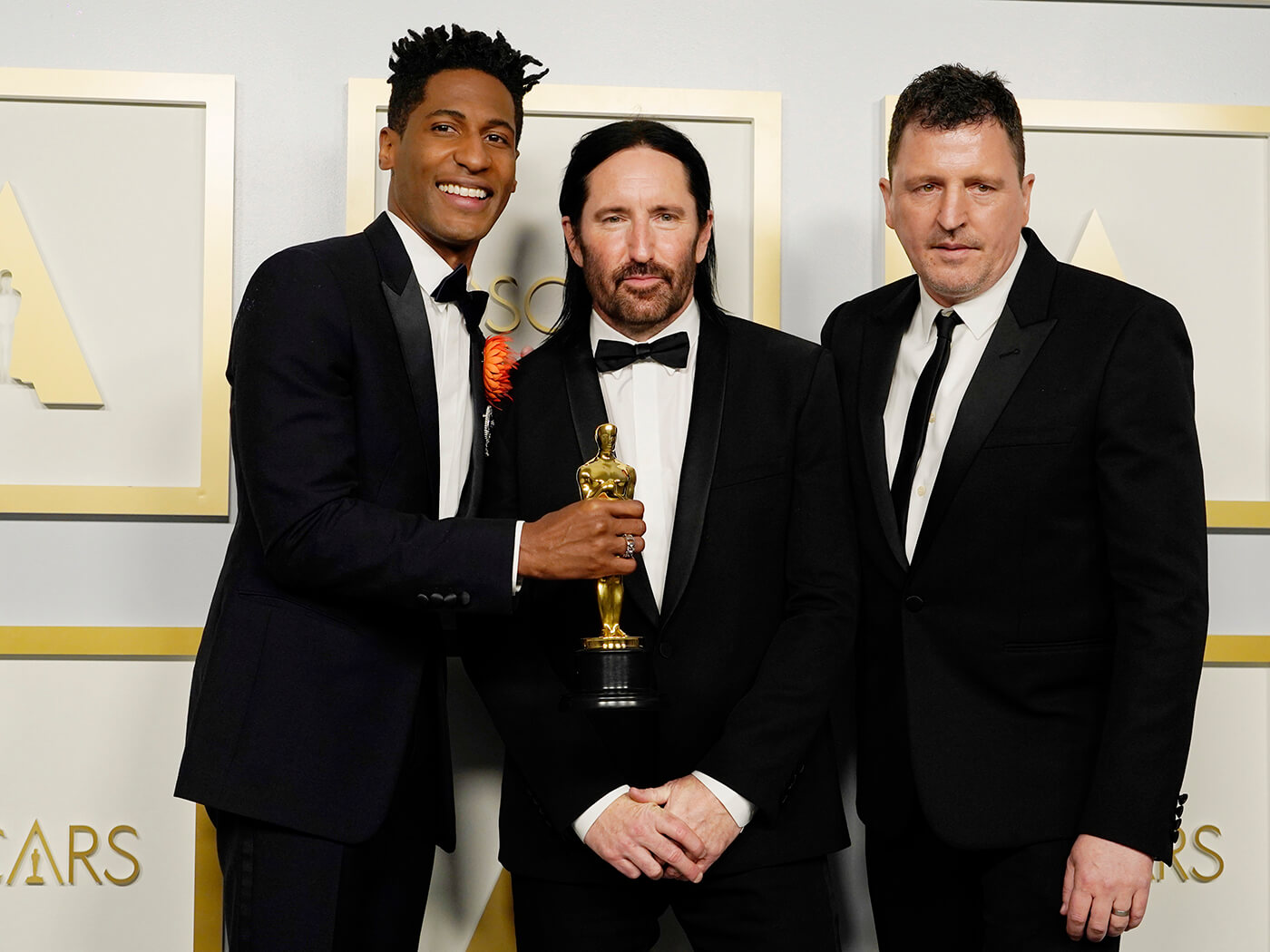 Trent Reznor, Atticus Ross and Jon Batiste have won Best Original Score at the 2021 Oscars for their soundtrack on Pixar’s animated feature Soul.

Their score beat out nominations by Da 5 Bloods, News of the World and Minari. Soul also edged out another Ross and Reznor collaboration for the award: the score for David Fincher’s Mank.

The Nine Inch Nails bandmates have partnered on several acclaimed film scores for more than a decade, having previously also worked on the soundtracks of films such as Gone Girl and Bird Box. The win is their third career Oscar, having previously won for 2010’s The Social Network and 2011’s The Girl With the Dragon Tattoo.

Beyond composing and performing the jazz pieces for Soul, Jon Batiste – perhaps best known as the leader of Stephen Colbert’s house band on The Late Show – also served as consultant, advising on its approach to the jazz genre. His performances served as animation and MIDI references for the in-film performances of protagonist Joe Gardner, a jazz pianist waiting for his big break.

Other winners at the 2021 Oscars include Sound of Metal, which won Best Sound, and Judas and the Black Messiah for Best Original Song, with Fight For You by R&B singer H.E.R.