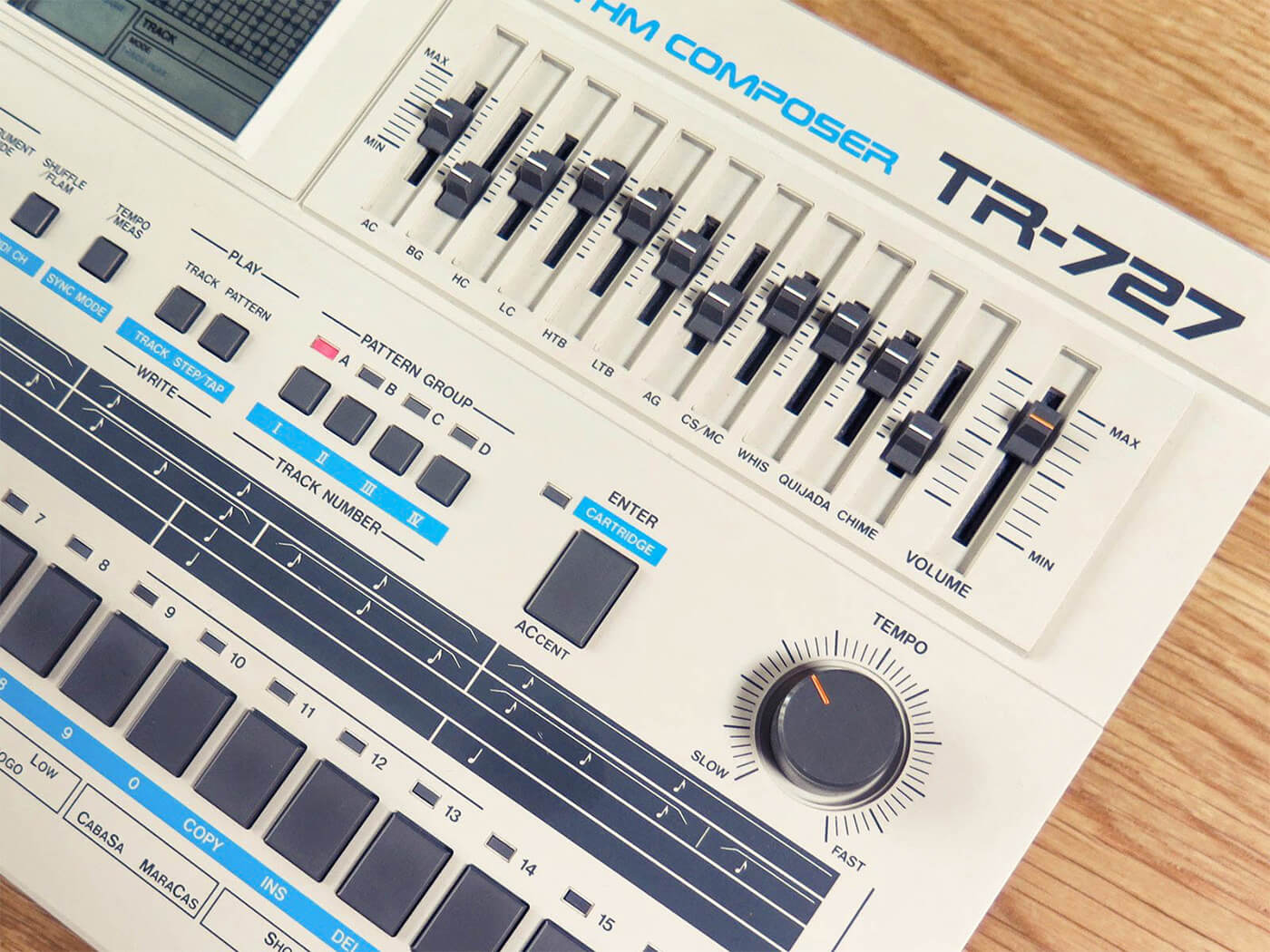 Sound pack creator Samples From Mars is celebrating 7/27 by giving away its 727 From Mars sample pack, featuring Roland TR-727 sounds recorded to tape via API 512 preamp.

Each drum sound has been re-tuned 30 times to give you perfectly chromatic pitches of every hit. Altogether, there are 1100 individual hits organised into 16 kits: conga; bongo; timbale kits with multiple flam levels; agogo kits; chimes; cabasa and more. Samples From Mars has also made these accessible on a range of formats, including Kontakt, Maschine, Ableton Live Racks, Reason, Logic, MPC1000 and more.

Released in 1985, the TR-727 is a drum machine that plays Latin percussion sounds and sports a similar design and workflow as the revered TR-707. It played a major role in the acid house movement and has been notably used by the likes of Aphex Twin, Freddy Fresh, and Luke Vibert, plus in countless Chicago house tracks.