Toontrack releases The Rooms of Hansa SDX for Superior Drummer 3

Drum sounds produced by a Grammy Award-winning producer in the Hansa Tonstudio, Berlin. 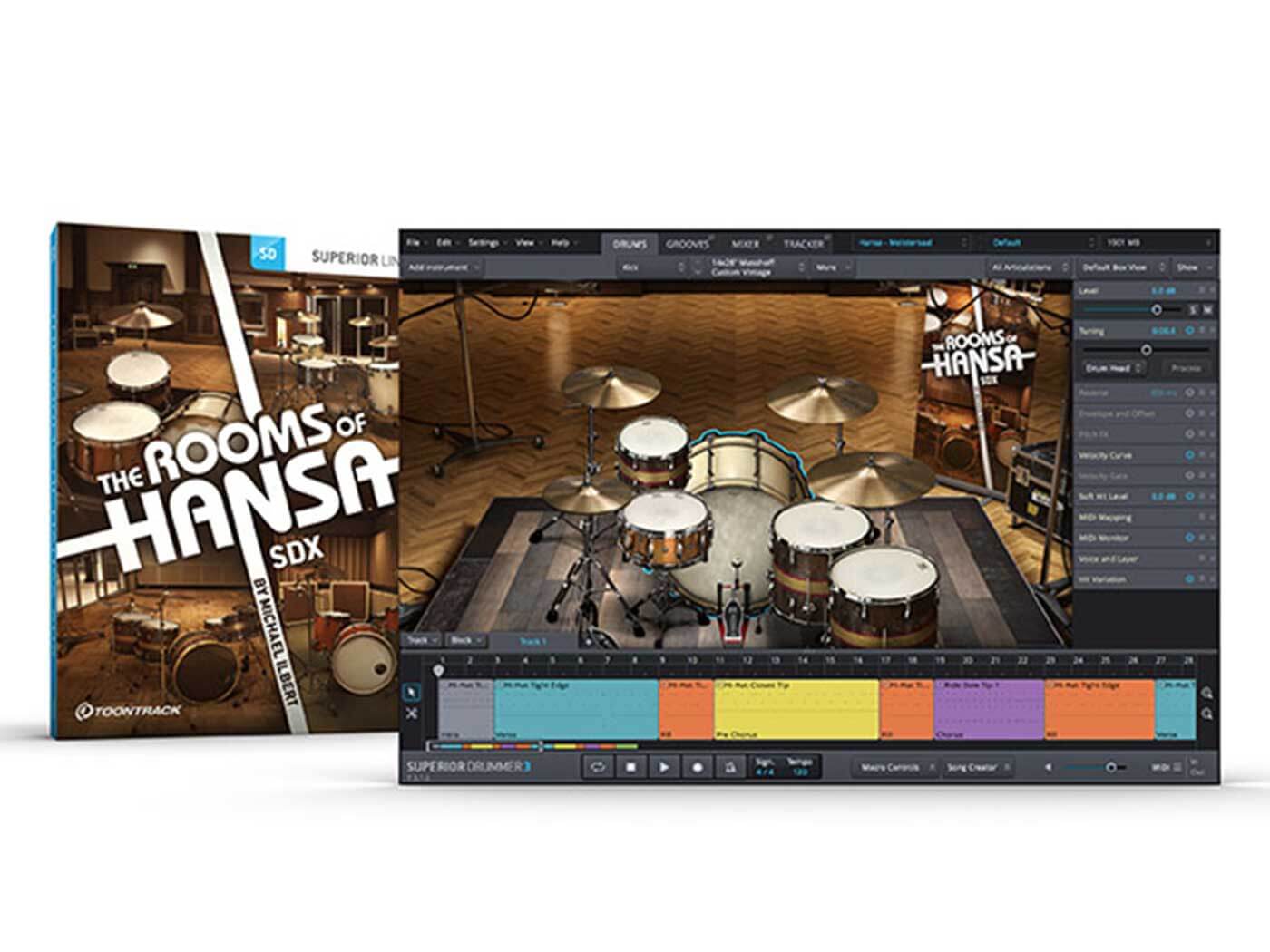 “One iconic studio, four rooms, six kits, one staircase, one Grammy Award-Winning Engineer”, reads the apt introduction from Toontrack for The Rooms of Hansa SDX. Toontrack has a knack for finding excellent spaces to record sounds in, combined with prestigious producers – Toontrack Decades SDX is evidence for that. The Rooms of Hansa SDX is set to be no different.

Rooms of Hansa SDX was produced by expert recording and mixing engineer Michael Ilbert, who’s known for his work with Adele, Taylor Swift, Katy Perry, Pink, Muse, and Ed Sheeran. He recorded six drum kits in the prestigious Hansa Tonstudio in Berlin, Germany, where David Bowie, U2, Depeche Mode R.E.M and more have laid down their material.

Recordings of the six kits were captured in all four rooms of the studio complex at Hansa. 12 snares and seven kicks, as well as a broad collection of hi-hats and cymbals, are available in Rooms of Hansa. “With a broad and handpicked collection of drums captured in all four rooms on the studio premises, this SDX showcases an outstanding width in regard to both tonal range and ambience”, Toontrack says.

Rooms of Hansa SDX also comes with a collection of drum MIDI grooves, to give you beat patterns right off the bat.

The four rooms in Hansa Tonstudio include the Meistersaal, the Live Room, the Vocal Booth and the Marble Room. The Meistersaal is the most iconic of the bunch, which was also recorded in 5.1 surround with two additional ambience mic pairs.

The Meistersaal is the crown jewel of Hansa and arguably one of the most iconic recording rooms in the world.
The Live Room has been home to works from some of the best European and international artists since the mid-70s. “For drums, it’s a perfect room – spacious but with a relatively moderate ceiling height, making it ambient without sounding overpowering”, according to Toontrack.
The Vocal Booth was never intended as a drum room, yet has been historically known to provide dry and muffled drum tones to those who’ve desired. The extremely dry and absorbing space of this room brings out the bare and honest nature of this impressive selection of drums.
The Marble Room is as it says on the tin. Full of reflective surfaces, this “stone” room makes for an ambience that sounds huge, whilst the hardwood flooring effectively breaks up the diffusion and keeps the decay in check. Perhaps offering the perfect ambience for controlled, yet reverberant rock drums.

Toontrack Rooms of Hansa is available now for £129. Find out more at timespace.com

For more news on software, gear and more click here.