The soft synth is the first ever to be personally endorsed by the designer. 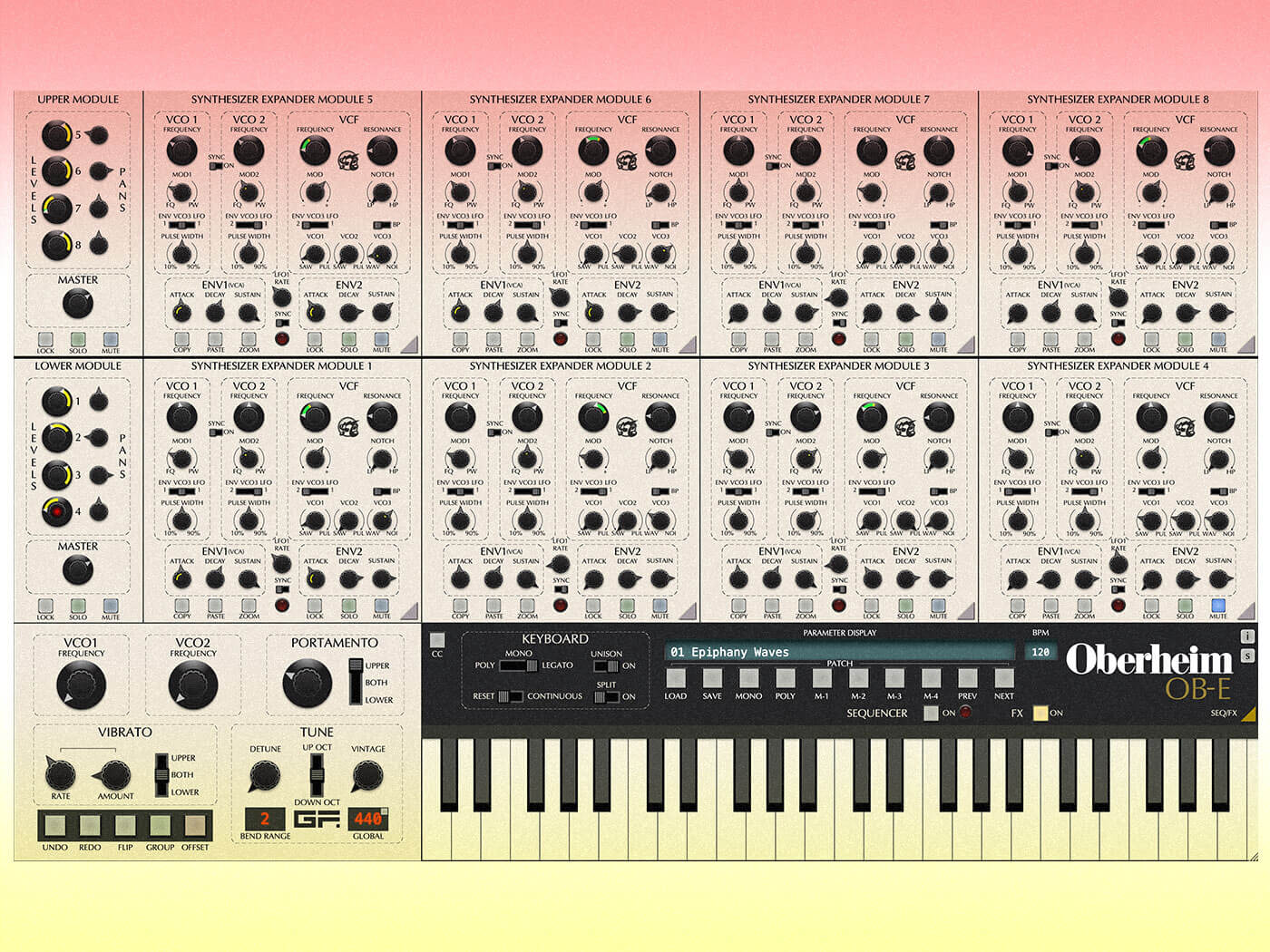 GForce Software has announced the successor to its popular OB-E software synthesiser, the OB-E v2, and this time the instrument will bear the official branding of Oberheim.

OB-E is an eight-voice soft synth based on Oberheim’s EVS (Eight Voice), the 1977 SEM-based (Synthesizer Expansion Module) instrument. The classic synth had a major impact on the polyphonic landscape with its iconically rich-sounding stack of oscillators, and became a precursor to the company’s now-legendary OB-series.

GForce Software’s unofficial OB-E VST came into being in 2021, following Tom Oberheim’s decision to discontinue his SEMs. GForce’s mission was to faithfully recreate the cumulative sound and character of the venerable modules.

According to GForce, the company was contacted by Oberheim developer (and Line 6 co-founder) Marcus Ryle on behalf of Tom Oberheim himself, shortly before the release of the OB-E last year.

“Through Marcus,” said GForce, “OB-E found its way to the ears of Tom Oberheim and they were both impressed enough to suggest a collaboration to refine the instrument and release an update carrying their full endorsement.”

“I was pretty amazed by OB-E,” said Tom Oberheim. “It was pretty damn close right out of the shoot. It was, ‘wow! I like listening to that.’ With OB-E v2, it’s like you have the hardware with you.”

Additional features for the OB-E v2 include a new reverb, over 100 new patches, a zoom function on its sequencer, and a new Drum Mode that allocates each SEM to a dedicated key. Though other VST instruments have borne the Oberheim logo before, this is the first time Oberheim’s name has appeared on a soft synth since being given back the trademark by Gibson in 2019.

MusicTech granted the original OB-E an Excellence Award in our review. We said: “OB-E is, quite simply, brilliant. The emulated analogue filters are rich and smooth, and the oscillators are fat and punchy. Critically, the performance controls and ease of programming make it enormous fun to use. It also makes getting excellent sounds swift and efficient.”

For more info head to gforcesoftware.com