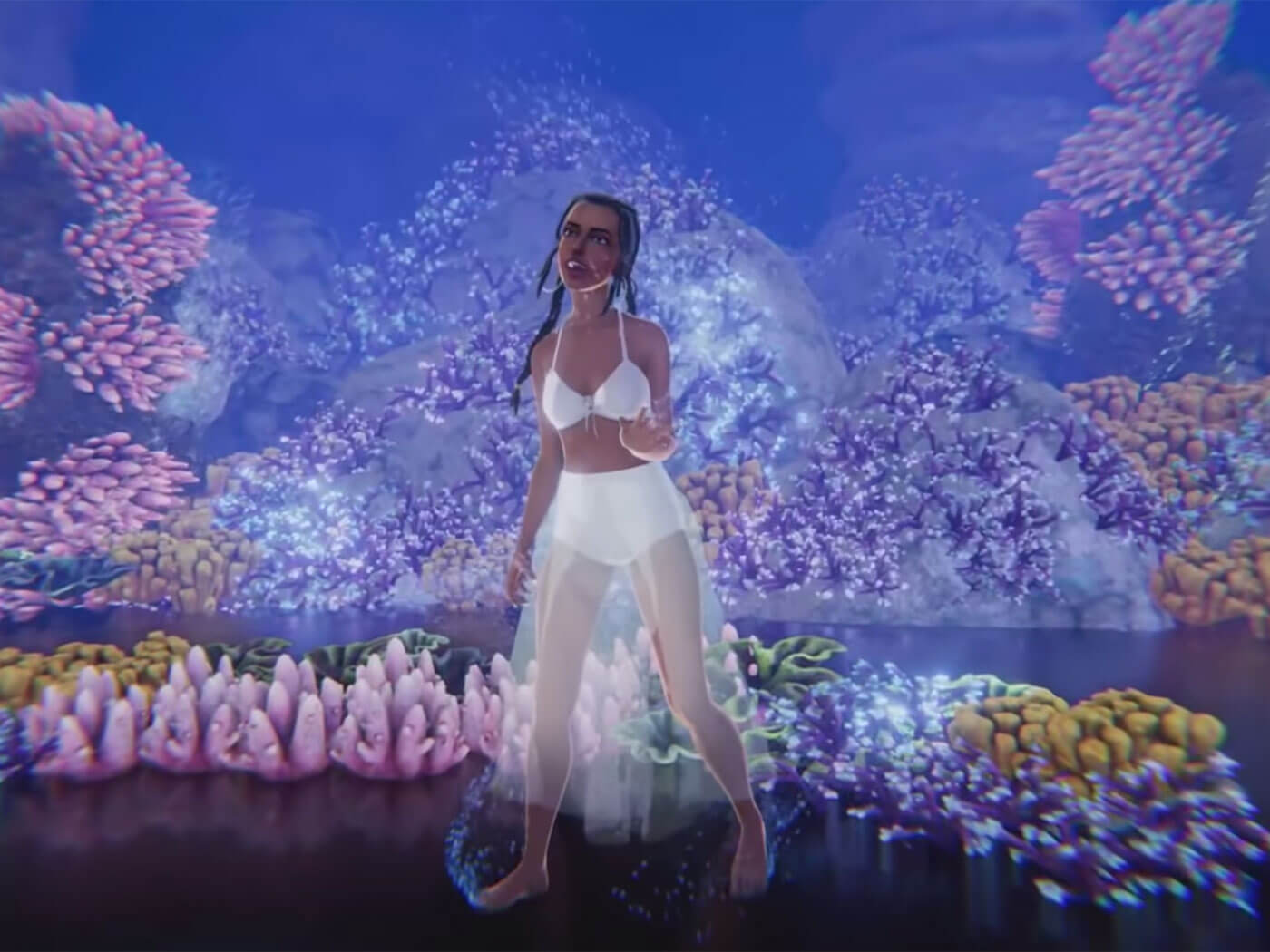 Wave has been responsible for several VR concerts now, including recent collaborations with Rezz, Kill The Noise, TOKiMONSTA, Imogen Heap and Jean-Michel Jarre among others. Just last week, the brand teamed up with American R&B artist, Tinashe, who has recently collaborated with the likes of Kaytranada and Schoolboy Q, as well as finding success with her recent album, Songs For You. Although Wave’s concerts are certainly futuristic, bringing new levels of interactivity to artists’ shows, Tinashe’s was particularly special.

Tinashe’s setlist was not quite predetermined; instead of planning all of the songs she would perform, as artists often do before a gig, she left her performance in the hands of the audience. A vote was held live at the end of songs to determine what ‘vibe’ the audience was feeling so Tinashe could decide on what to play next. Fans could also chat and interact with Tinashe live using a dedicated chat room. The R&B artist is not just a singer, but also a dancer, and the VR set-up allowed this to be expressed on stage too.

“I’m having so much fun. This is actually so insane! This is unlike anything I’ve ever done before”, Tinashe said during her performance, just before she went into a live chat session with her fans, as seen below.

Concerts like this could mark the rise of a new generation of performance, one in which interaction with fans is maximised and stage set-ups are less restricted by hefty budgets. Wave has already catapulted high-profile performers into the VR ring and when the technology trickles down, we may see our own local DJs hosting their own Wave nights. The elephant in the room, however, is whether this experience can outweigh the long love for real-life live performance. Perhaps not, but the notion that it’s possible for these concerts to spring up can be exciting for all involved.