This console has processed the sounds of Eric Clapton, Van Morrison and The Wolf of Wall Street. Would you pay the price for its grandeur? 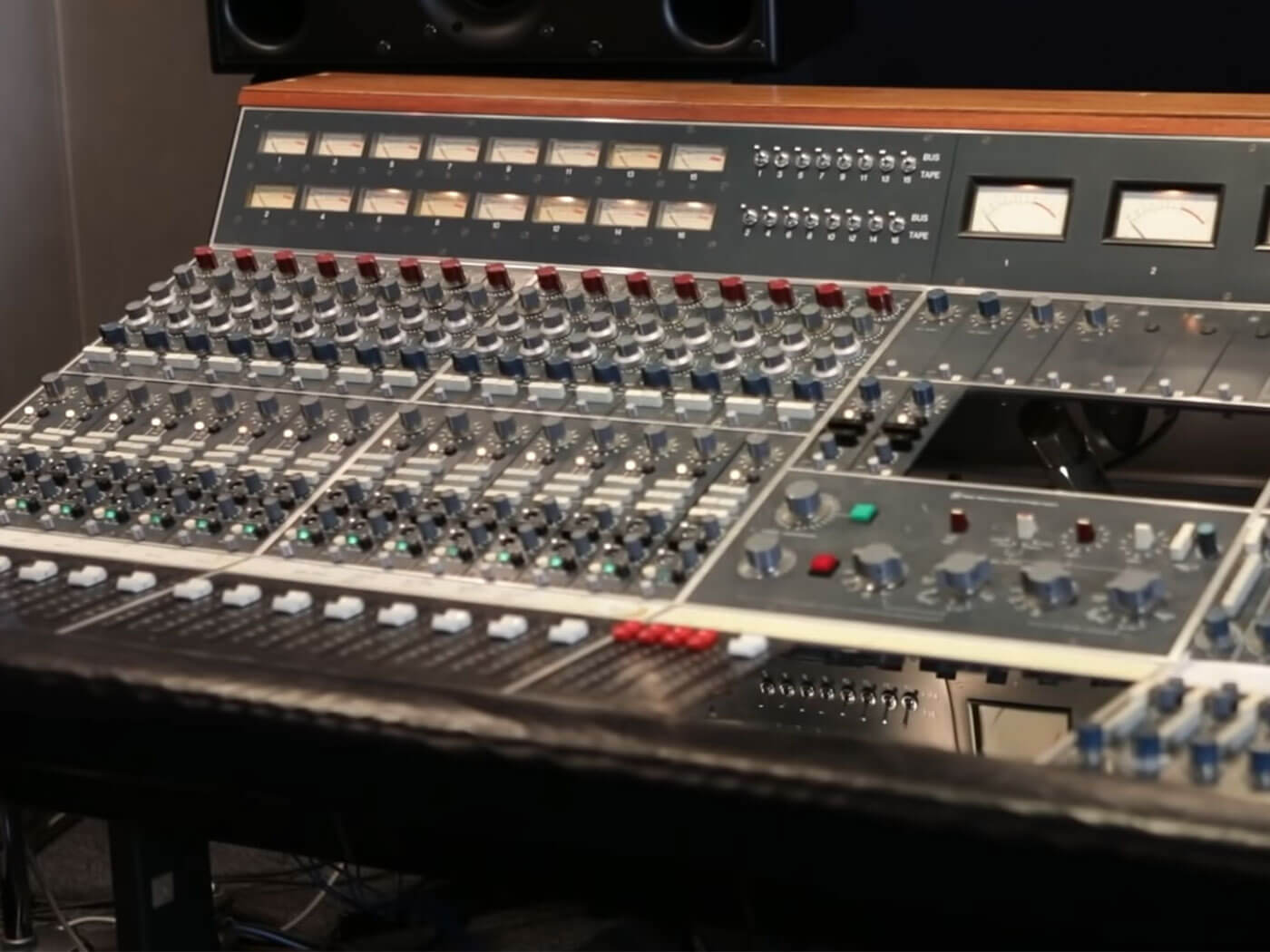 Are you in the market for a new mixing console? This Neve 8014 would be a stunning addition to your studio – if you can get your hands on it. First released in 1973, this vintage desk packed with 16 Neve 1073 channel strips is truly a studio icon.

Owned and operated by Robbie Robertson of The Band, the desk has been the engine behind records that feature The Band, Eric Clapton, Neil Young, The Meters and Robbie Robertson himself, among others. Robertson also used the desk on soundtracks for Martin Scorcese films such as The Irishman, The Wolf of Wall Street, Gangs of New York and Casino.

Robertson’s Neve 8014 is due to be listed on Reverb, the online music-equipment marketplace, from next week. No word on price has been revealed but we guarantee that it won’t come cheap. For reference: a previously listed Neve 8014 was priced at £111,438.55. Robertson has also made some upgrades to the desk (including the patchbay for a more modern workflow) while maintaining the features that drew him to it in the first place. [Update 29/01/21: Robbie Robertson’s Neve 8014 is on Reverb.com now for a price of £228,049.]

Why is Robertson selling the glorious and historic desk? He doesn’t specify. But he did say, “My dream is that the console ends up in the hands of somebody that can totally feel the history of a piece of equipment like this, and what it’s been witness to and what it’s complemented. I’ve taken this on a journey that no-one can imagine.”

Robertson was the guitarist and songwriter for The Band from 1968 to 1976, where he says he did “much of the engineering”. Later in his career, he invested in a console for his own studio room. Thanks to recommendations from his peers, he landed on the 16-channel Neve 8014.

Given the roster of artists that Robertson produced using the 8014, he’s right when he claims it to be a museum piece. In the video above, he recalls speaking aloud to the mixer and preparing it for the journey ahead. “I realised it has a character, it has a sound, it has a warmth,” he says. “I fell in love with this board, and I said personally to the board: ‘I’m gonna take you on a journey, pal, that you’re not gonna believe’. And I have.”

Robertsons’s Neve 8014 is surely a console well out of the average producer’s budget but it’s fascinating to see vintage high-end equipment still somewhat available in the music tech world. Particularly those that are drenched in history.

Find out more at reverb.com.