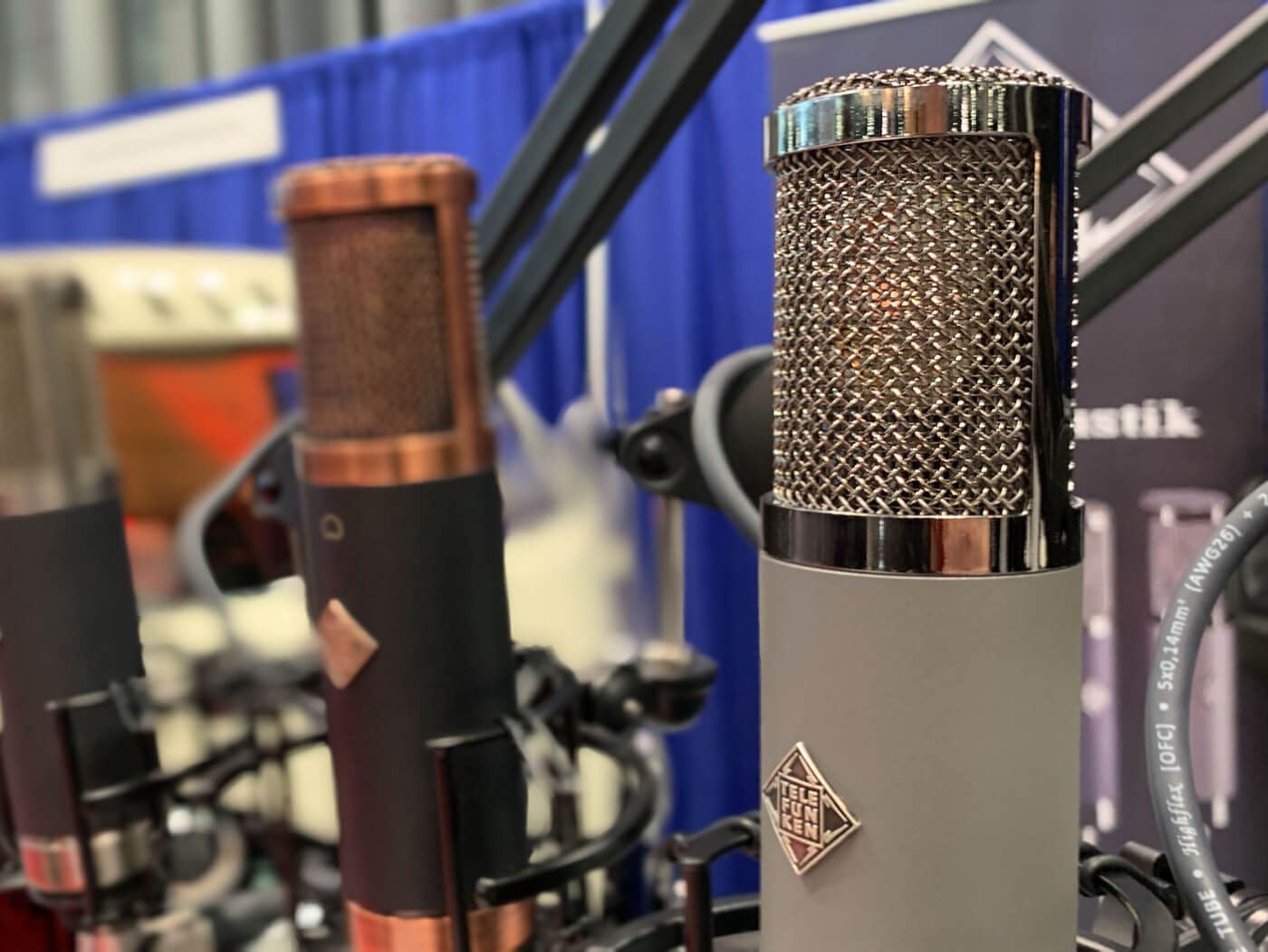 The Telefunken Alchemy series is based on its classic RFT series, featuring three unique voices presented in four different models: TF29 Copperhead, TF39 Copperhead Deluxe, TF47 and TF51. The RFT series was in production for ten years, and Telefunken have combined vintage mic elements with modern fidelity and reliability in the Alchemy series to give the classic series a new edge.

Based on the CU-29 Copperhead are the new TF29 Copperhead and TF39 Copperhead Deluxe. The former is a fixed cardioid, large-diaphragm microphone, which is suited to capturing any source directly in front of it with natural tonality.

Expanding on the ‘Copperhead’ sound is the TF39 Copperhead Deluxe, which features three-pattern selection (cardioid, omnidirectional and figure-of-eight) and a boosted top and low end. This makes it ideal for recording vocals, acoustic guitar or as a drum overhead.

Telefunken’s TF47 is a rebirth of its AK-47, featuring a BV8 transformer, as found in the original Telefunken U47. The TF47 boasts a deep lowend and forward sounding midrange, delivering what the company call “a warm and punchy sound reminiscent of the U47 and M49”.

The large-diaphragm TF51 is Telefunken’s flagship vocal microphone. With multi-pattern functionality, smooth midrange and airy top end, this can be compared to the ELA M 251E and C12 microphones.

Every microphone is built with selected American and European circuit valves. Upon purchase, each microphone will come with a zip flight case, shock mount, high flex seven-meter power cable and a power supply. You can listen to audio examples here.

The microphones are available for shipping now and are priced at:

More about the Telefunken Alchemy series can be found at telefunken-elektroakustik.com