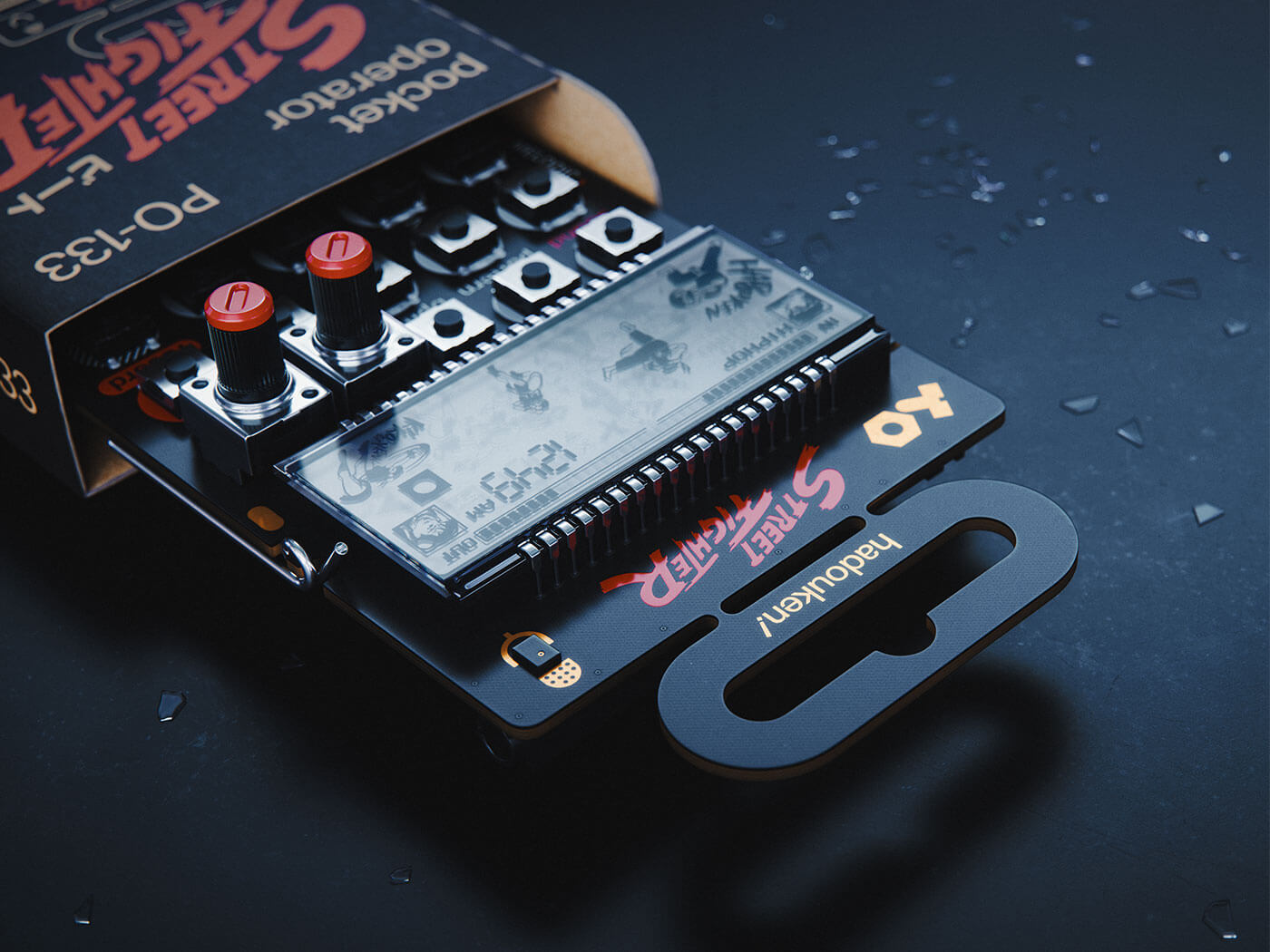 If Teenage Engineering‘s standard Pocket Operators weren’t evoking enough nostalgia with its LCD screens and stripped back sounds, the new Capcom series should be a bit of a throwback.

Having already gone after Rick and Morty fans last year with the PO-137, the latest collaboration with Capcom will have gamers shouting “Hadouken!”. Two new devices have been unveiled: the PO-133, with sounds from the classic Street Fighter games; and the PO-128, which lets you play along with iconic superhero Mega Man.

The PO-133 Street Fighter is a micro sampler with 40 seconds of sample memory and built-in recording mic. It comes with eight melodic sample slots, eight drum slots, a sequencer, 16 effects and samples and animations based on the Street Fighter game series. There is also a built-in speaker and Jam sync to hook up to other Pocket Operators.

TE’s PO-128 Mega Man is a live synth and sequencer with parameter locks, glide control and punch-in effects. You’ll have access to a 16-step sequencer and 16 patterns, also with a built-in speaker and Jam sync. Both devices can be connected to other audio equipment with a 3.5mm I/O.

To order yours now head to soundtech.co.uk.