Patch up synths and sequencers in the virtual world for free. 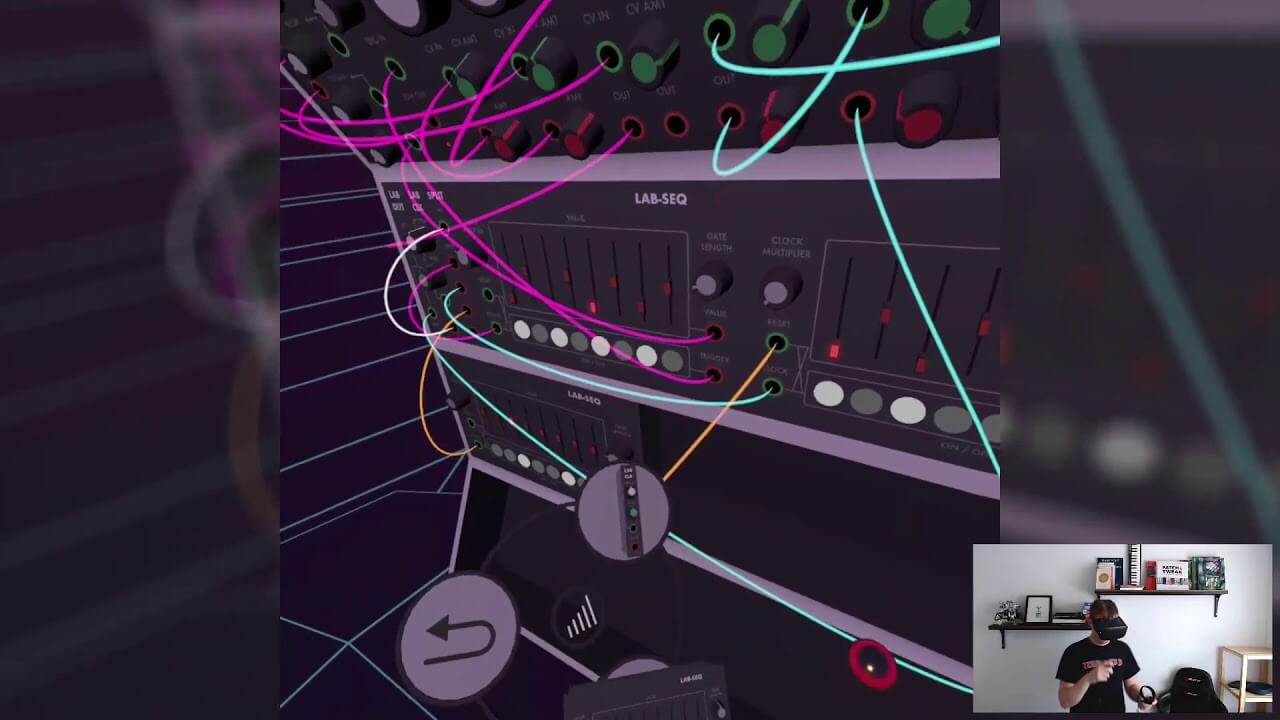 Music production has been creeping its way into the depths of VR as of late, with applications like Tranzient, TribeXR and LyraVR making a case for its practicality. Daniel Rothmann has decided its time that we had modular synths and effects at our virtual fingertips.

With Rothmann’s prerelease of SynthVR, you’re placed on a stage inspired by the aesthetics of synthwave, armed with oscillators, envelopes and sequencers to jam with. The number of devices available may be satisfactory for some, but Rothmann has stated in his YouTube walkthrough that he has intentionally kept the device count low for the time being. This is to ensure the devices are of the highest quality before rolling out more modules.

The app is still in its early stages but Rothmann has stated that soon you will be able to save and load projects, make use of more modules, controller graphics, and more. As it stands, the oscillators are only capable of producing sine waves, which he the developer hopes to change in the future.

Check out Daniel Rothmann’s full video walkthrough of SynthVR below.

SynthVR is available on Occulus Rift via SideQuest. Find out more at sidequestvr.com