Synclavier Go! For iPad gets AUv3 and Soundfile support

A year on from the release, Synclavier’s digital instrument advances 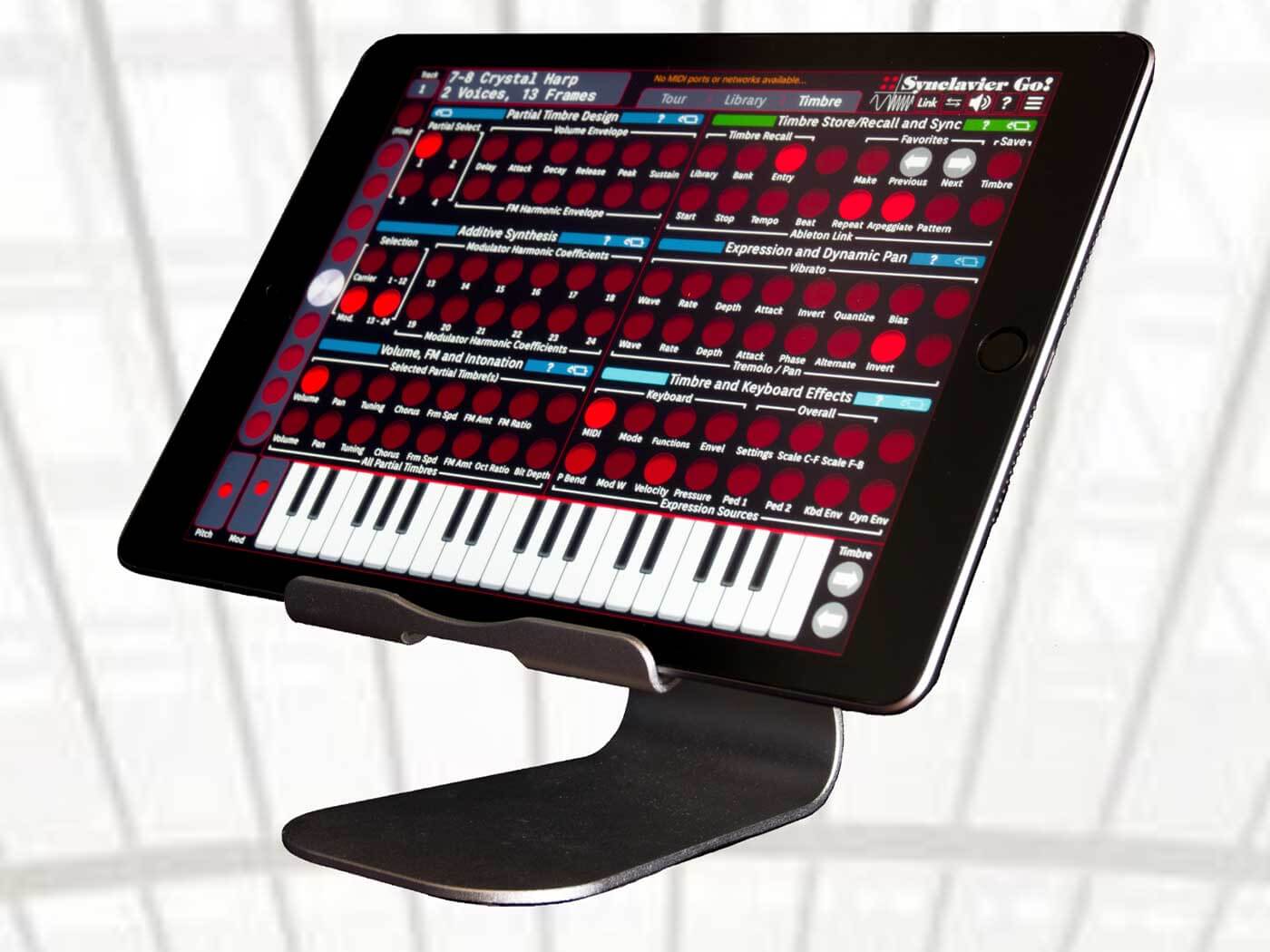 Descended directly from the codebase of the Synclavier II Digital Synthesizer, Synclavier Go! is an iPad instrument that evolves to v1.30. The main improvements with this update include AUv3 client compatibility, Soundfile support and even a $10 price drop.

The original Synclavier synth was an 80s hit-making machine, found most famously in the gong opening of Michael Jackson’s Beat It. Already equipped with MIDI and MPE support, the inclusion of AUv3 in Synclavier Go! will allow iPad-compatible DAW’s to insert multiple instances of Synclavier Go! as plug-ins. This will include GarageBand, Blip Interactive’s NanoStudio 2 and Steinberg Cubasis 3.

Users will be able to play and record Synclavier Go! within their projects, mixing it alongside other instruments, add effects and modify compositions. In the same fashion of a desktop DAW, upon reopening a project with Synclavier Go! included, the parameters will return to their saved state. The difference here, of course, is you won’t need a desktop to utilise this kind of project memory. 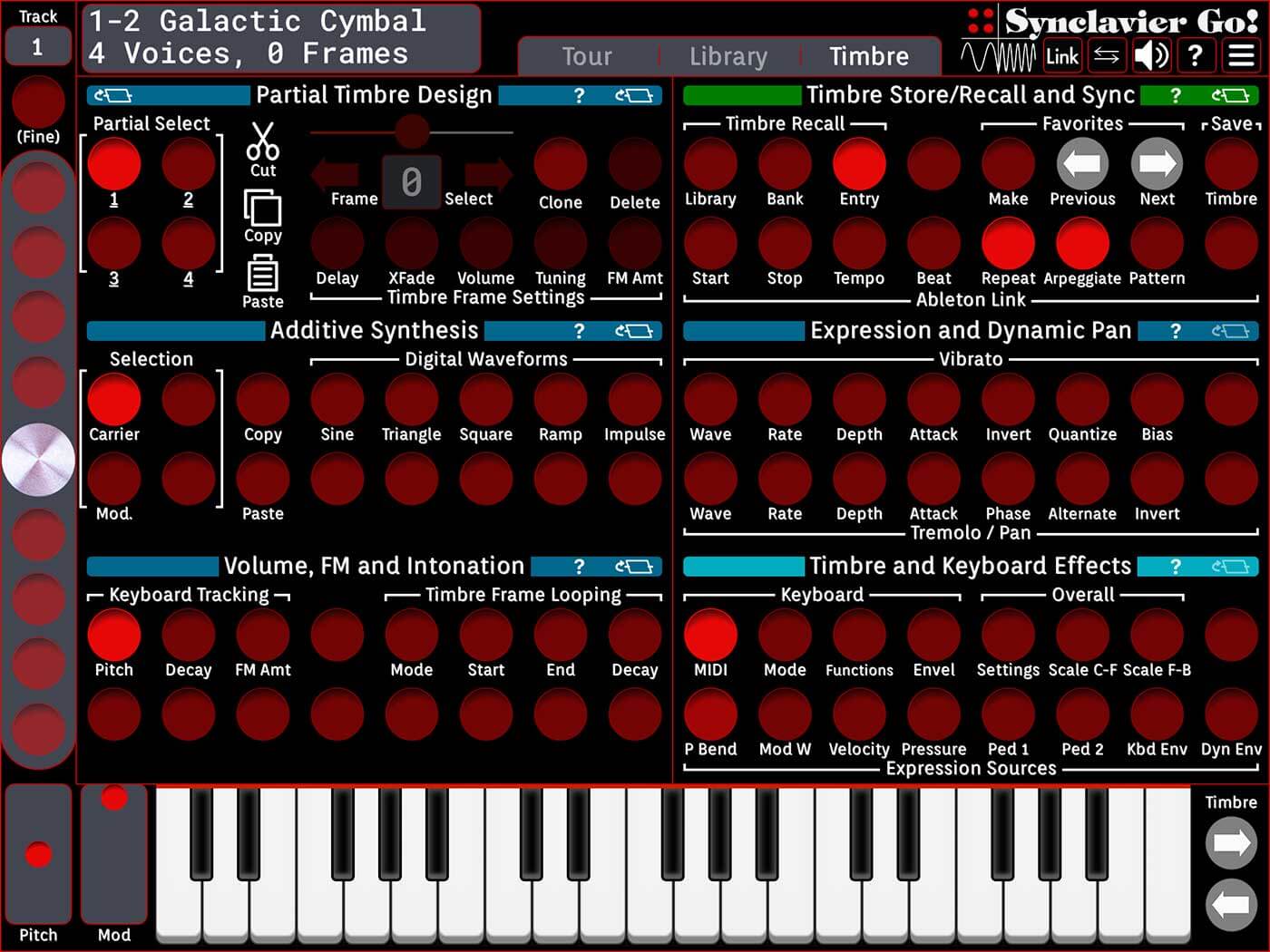 “Synclavier Go!’s interface is necessarily deep with a steep learning curve by association. And yet once climbed it is highly rewarding”. Synclavier Digital says of its iOS instrument. Soundfiles, which are essentially samples, can now be mixed into a Timbre to add richness and excitement to your sounds. Samples can be loaded via iCloud, with support for AAC, ALAC, CAF, FLAC and MP3 at various bit-depths and sample rates. 116 original Soundfiles are included in 24-bit/48kHz lossless format, plus a new Featured Timbre Artists library by synth-pop artist Indie Moon.

In addition, many of the same features available to Synclavier Go!’s additive synthesis sounds are available when working with Soundfiles. FM modulation, Tremolo, Vibrato, and Chorus can all be utilised to push your creative limits to the max. Even with all these features in such a compact form factor, Synclavier Go!’s power expands to provide more voices than “adequately exceeds the amount of fingers that can play (or touch) the keyboard at any given time”, the brand says.

With constant advances in the mobile music making realm, Synclavier makes a good point by saying “of course, it is more cost-effective — so much so that maybe the ‘Twenties’ will be the decade which will witness a hit record realised on little more than an iPad and a MIDI keyboard”.

Synclavier Go! is available on the App Store for $19.99. Find out more at synclavier.com