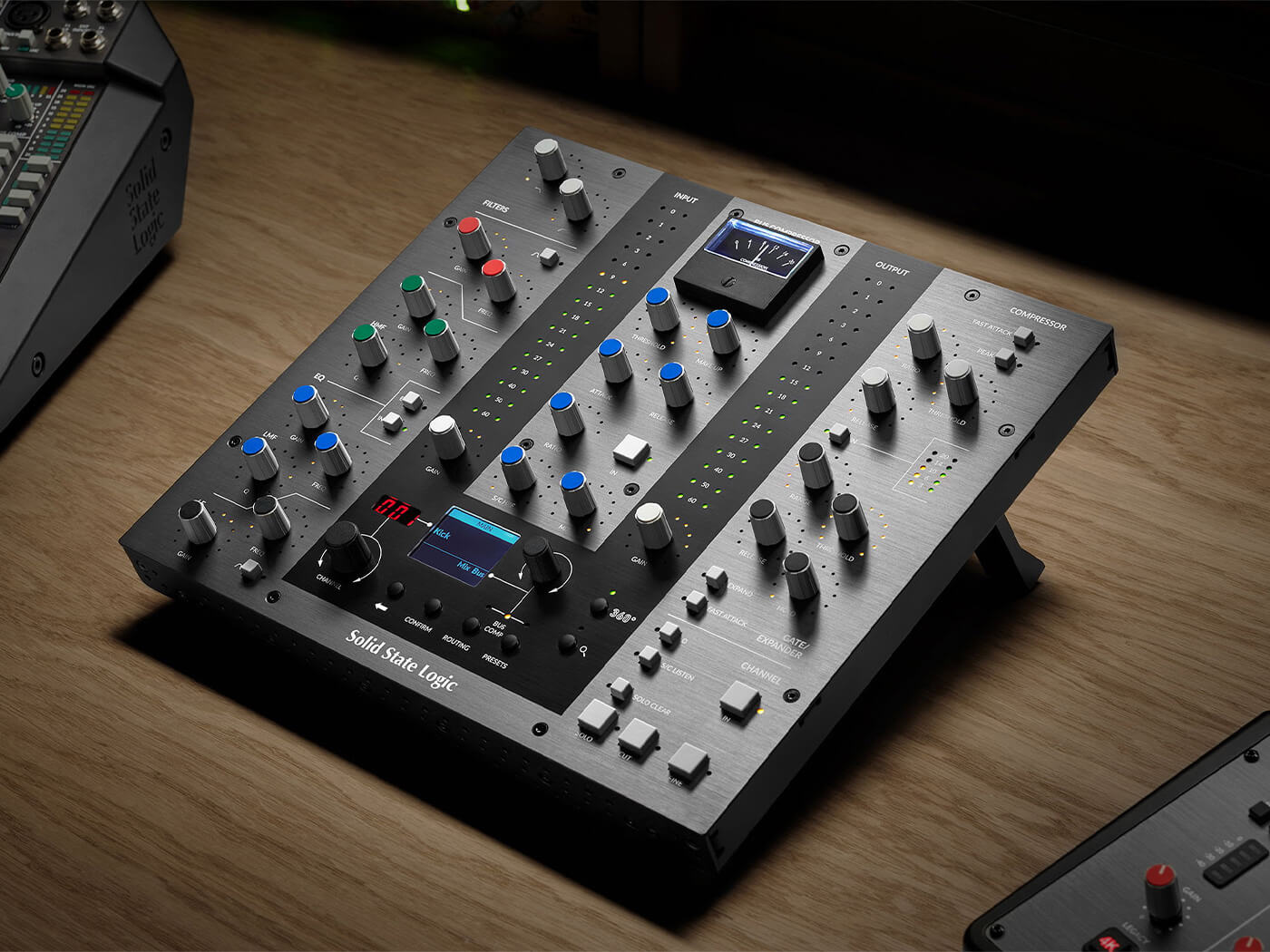 Prestigious audio brand Solid State Logic has followed up its UF8 DAW controller with the UC1. The new controller is designed to provide hands-on access to SSL Native Channel Strip 2 and Bus Compressor 2 plug-ins for classic SSL workflow and ergonomics.

SSL’s 360° Plug-in Mixer lets producers access the Channel Strip and Bus Compressor in a single virtual console, with licenses included for both plug-ins – these would usually cost $479. An on-board display provides visual feedback of the plug-in that’s being controlled, along with an authentic moving coil meter for the Bus Compressor’s gain reduction. According to the brand, studio-quality encoders, switches, and feedback LEDs add to the ”true console expreience”.

Producers can connect the UC1 to three different DAWs and seamlessly switch between them using the plug-in mixer. In addition, Plug-in presets can be loaded directly from the UC1, with the ability to change Channel Strip routing quickly.

The UC1 is going up against some strong competitors, such as Softube’s Console 1. SSL is confident that it has the edge, though, telling us: ”SSL will be leaning heavily on our legacy of processing classics as well as adding modern, forward-thinking production tools. We’ve got some very exciting plans for our plug-in range and will be bringing more of our heritage and modern processing tools to these exciting products.”

SSL’s Channel Strip 2 plug-in is based on digital modelling of the EQ and dynamic curves from the XL 9000 K SuperAnaloge console. This iteration adds anti-cramping algorithms and the ability to trigger sidechain externally. Bus Compressor 2, meanwhile, adds ratio, attack and release parameters, external triggering of sidechain, plus x2 and x4 oversampling.