Spitfire Audio Estática gives you chaotic, abstract sounds for under $30 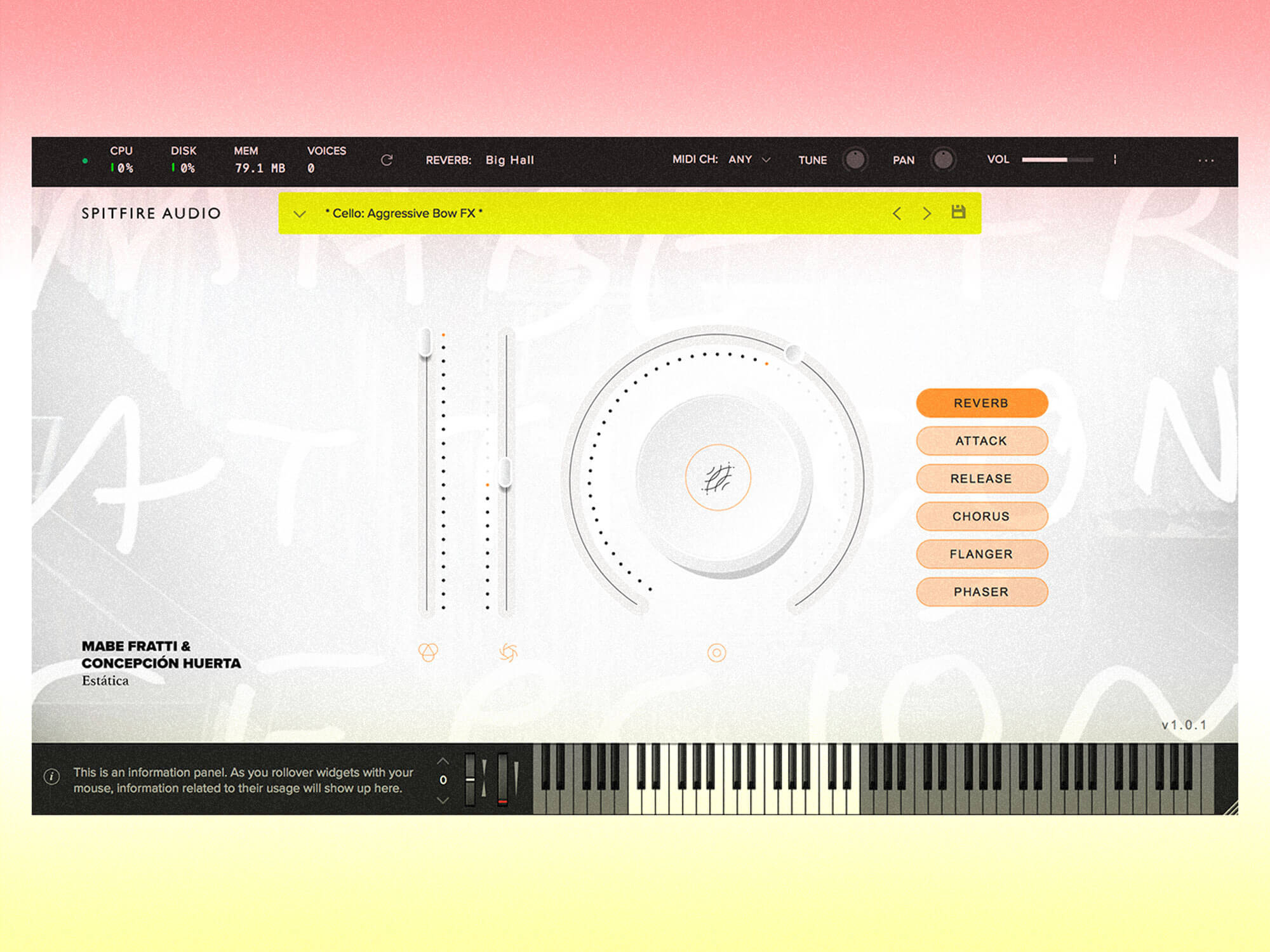 Estática was recorded in Mexico City alongside Mabe Fratti’s four-track EP of the same name, which will be released on Spitfire’s SA Recordings label. Fratti recorded eerie cello parts, analogue synthesizers and vocals, which Concepción Huerta manipulated with tape, pedals and heavy processing. The result is a collection of otherworldly instruments, drones, plucks and more.

Estática is presented in a simple GUI that will be familiar if you’ve used Spitfire’s software before. Eight controls allow you to shape the sound: Expression, Dynamics, reverb, attack, release, chorus, flanger and phaser. The Dynamics slider allows you to blend in a pre-processed signal curated by the artists, unique to each individual preset.

There are 32 presets in total, split into four sections. You can choose from Cello, Tape, Vocals, and Warps patches, each offering a distinct character.

“The sounds and music we’ve created reflect the dichotomy of both meanings of the word ‘estática’”, says Fratti, “the charge of static electricity inside us, combined with the feeling of stasis and immobility that comes from being overwhelmed – that feeling when you can’t do anything and are totally stunned. A static electric signal, frozen in time.”

Spitfire Audio’s Estática is available now at a price of £29/$29/€29. Learn more at spitfireaudio.com